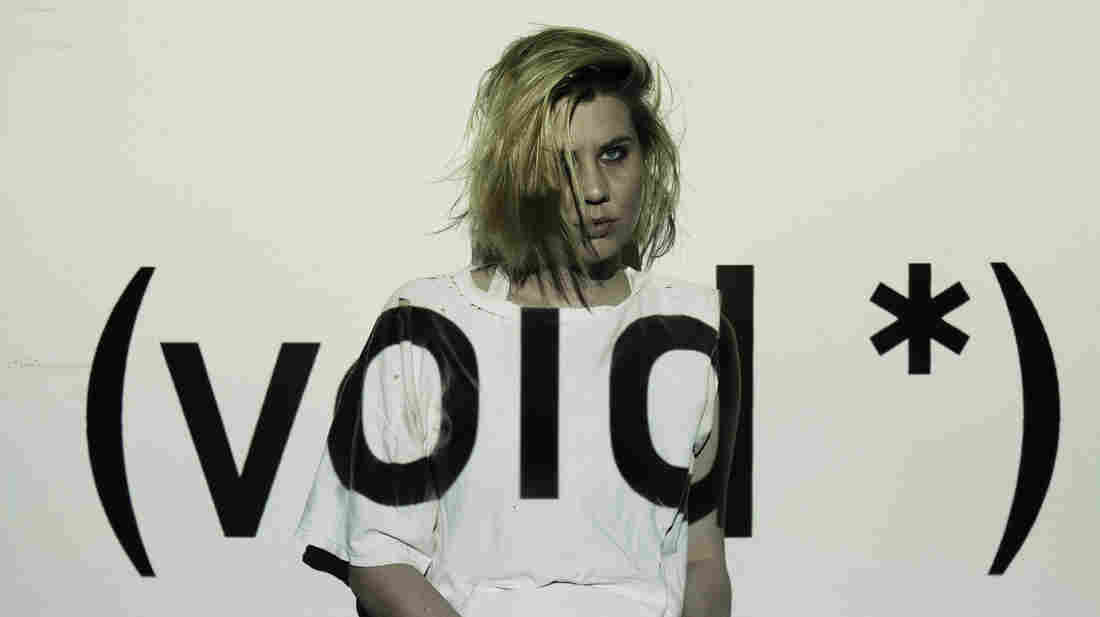 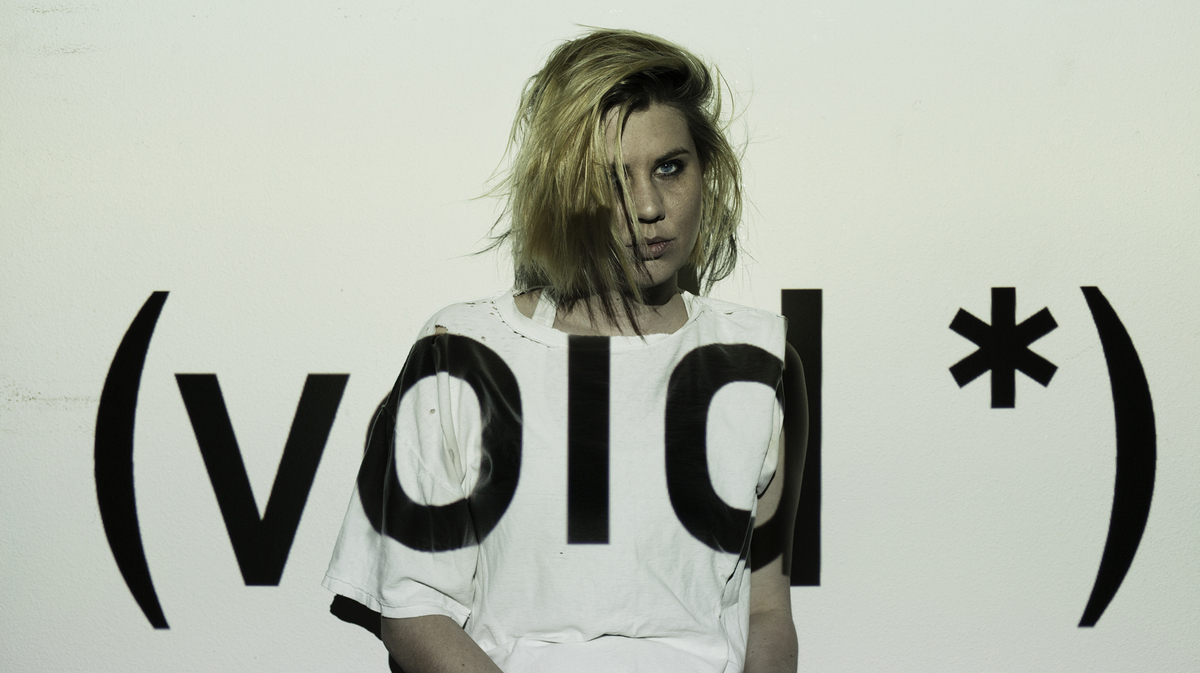 Leif Shackelford/Courtesy of the artist

Erika M. Anderson appreciates the flickering quality of meaning. She likes the sparks that fly off sounds, igniting constructive confusion: the buzz that makes an old synth sound like a guitar, or the way an acoustic beat can crash into an electronic one to make a whole nervous system of rhythm. She's also into wordplay, starting with the name of her ongoing project EMA — an acronym that could stand for a government agency but, read another way, is a feminine name. Then there's the title of her second album, The Future's Void, with its odd, homonym-like instability. It could refer to the deep, blank space of a dehumanized tomorrow, or it could imply that no tomorrow will greet us at all. Or it could just be a new spin on an old, cathartic punk threat: No future for you.

Anderson's music submerges the listener within such uncertainties as they resolve and spin out again through new misfiring synapses. Sex and love fed the central confusion on EMA's raw, heartrending first album Past Lives Martyred Saints. The Future's Void is as emotionally intense, but its concerns are more foundational: the nature of the self, enabled but also limited by being a body, in ways now challenged by technology that replicates, enhances and possibly destroys individual identities. You know, cyberpunk stuff. But what's great about The Future's Void isn't its frame of reference, which hearkens back to William Gibson's novels, Sonic Youth's Daydream Nation, PJ Harvey and the just-post-Cold War mood of The X-Files. It's the fearless dexterity Anderson and her producer/main musical partner Leif Shackelford employ while making this vintage-'90s worldview resonate right now.

Anderson wears an Oculus Rift virtual-reality headset on the album's cover, but we don't see the vivid images she's experiencing. We see her torso, solid in all black, her face veiled by the device's plastic as she plays. She embodies opacity in a fluid world. In the Gibson-inspired "Neuromancer," a circular beat deeply grounded in Shackelford's bassline shapes a trance, while Anderson mutters and wails, seduced and violated by the digital demon stripping away her boundaries. "Smoulder" plays with the language of pop hits to explore how being a performer in a screen age requires both nakedness and a cyborg's strength. "Feel like I blew my soul out across the interwebs and streams," Anderson sings in the melancholy "3Jane," also inspired by Gibson's imagined (and increasingly realistic) world of sad clones and shattering identities. Blending the expansive vision of speculative fiction with the often personal approach of gender-troubling indie rock, The Future's Void is not so much a concept record as a sonic alternate universe through which many elements float, some familiar and some weird. Musically, it blends the digital and analog in uncanny ways that unsettle any one interpretation.

Not every song on The Future's Void radiates science-fiction vibes. "So Blonde" and "When She Comes" are both enticingly hooky punk-power anthems depicting characters we've seen before, in songs by The Velvet Underground or Hole. But "When She Comes" could also be about the singularity — its heroine might be pure consciousness — while the dangerous babes of "So Blonde" would be utterly comfortable in Bladerunner. The future's void because the future's now, EMA tells us. Might as well dream electric.