Accessibility links
Pentagon Reorganizing How It Brings Home America's War Dead The agency tasked with finding the remains of over 83,000 service members had been reluctant to use up-to-date technology, but will now move toward a DNA-led approach to identifying the missing. 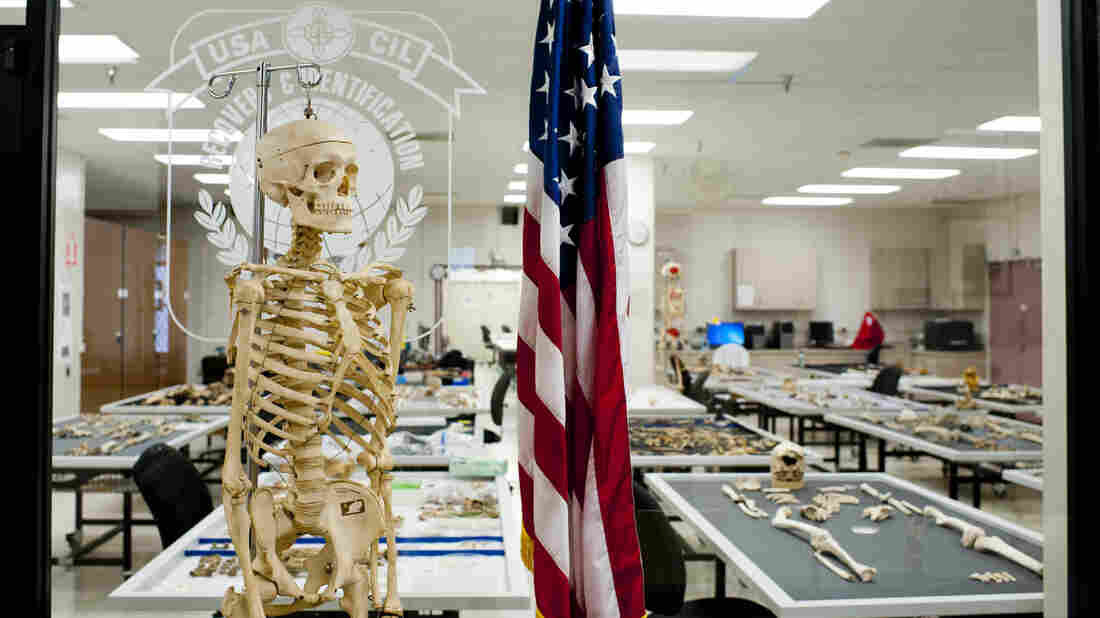 The Central Identification Laboratory of the Joint POW/MIA Accounting Command in Honolulu, Hawaii. The Pentagon announced that it will overhaul how the organization finds, identifies and returns the remains of thousands of service members lost in past wars. Elyse Butler for NPR hide caption 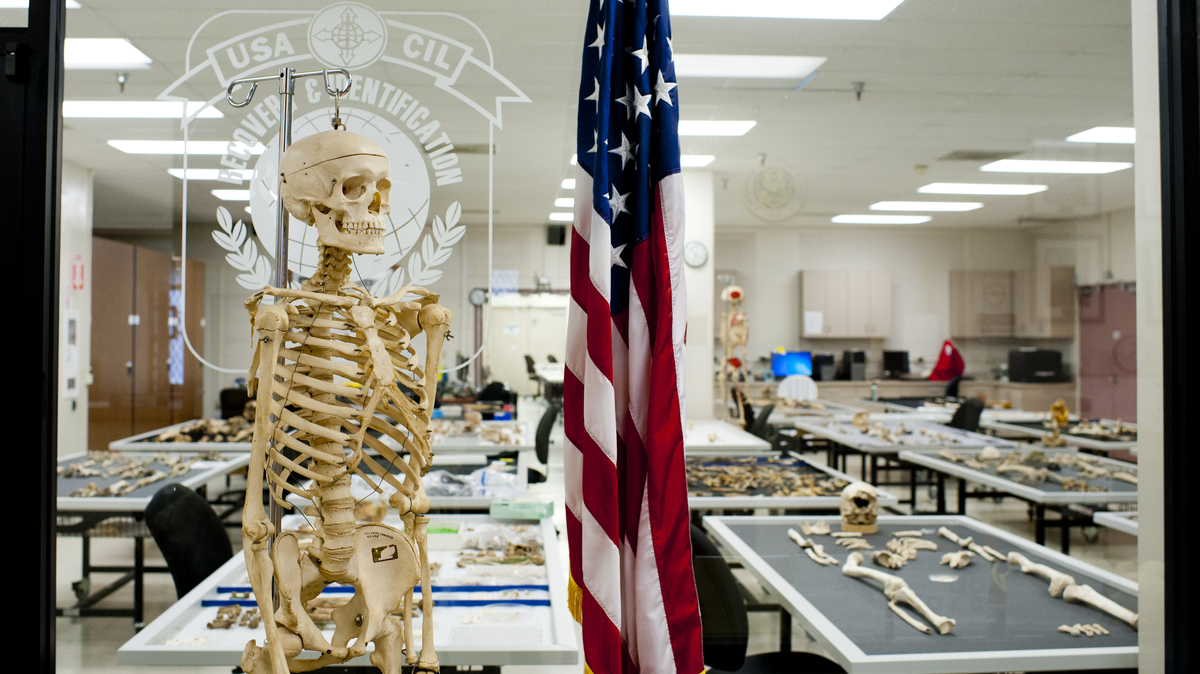 The Central Identification Laboratory of the Joint POW/MIA Accounting Command in Honolulu, Hawaii. The Pentagon announced that it will overhaul how the organization finds, identifies and returns the remains of thousands of service members lost in past wars.

Defense Secretary Chuck Hagel announced an overhaul Monday of the agencies responsible for finding, identifying, and returning the remains of servicemen lost in past wars.

The Pentagon spends more than $100 million a year on the effort, but last year only identified 60 of the more than 80,000 missing.

Hagel's undersecretary, Michael Lumpkin, says there will now be one agency to bring home lost servicemen and better communication with the families of the fallen. The agency will also move toward a more productive scientific approach of identifying remains, led by testing and comparing samples of DNA.

"We can clearly do better as a department. We have found that we are structurally flawed to do the mission as it sits today," Lumpkin said. "We need to break away from the way of traditionally doing business and fully embrace progressive science and streamline processes and practices."

NPR spent five months investigating these agencies, with the independent news organization ProPublica. It found that the agencies involved — led by the Joint POW/MIA Accounting Command, or JPAC — were mired in bureaucracy, risk-averse and reluctant to use the most up-to-date methods of identifying the missing. 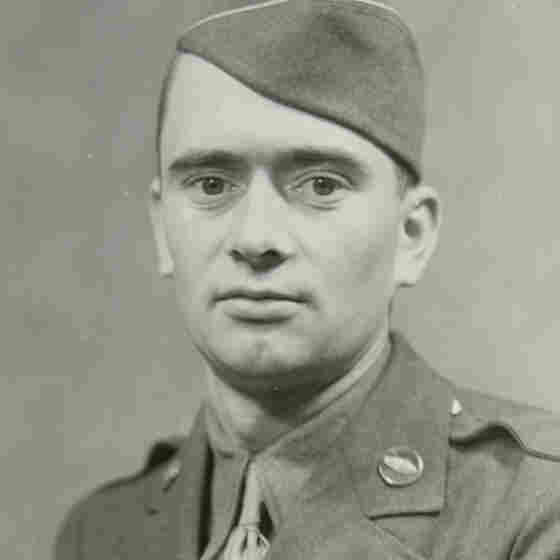 French and German officials cooperated with a request to dig up the remains and use DNA samples to identify U.S. Army Pfc. Lawrence Gordon, who was buried in a French cemetery. Courtesy of Gordon family hide caption 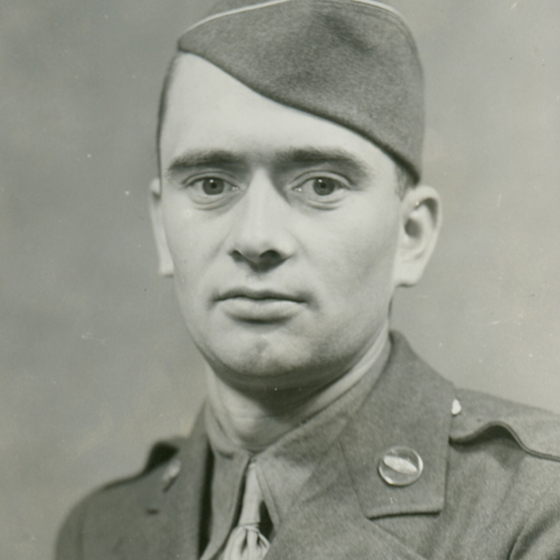 French and German officials cooperated with a request to dig up the remains and use DNA samples to identify U.S. Army Pfc. Lawrence Gordon, who was buried in a French cemetery.

To understand these shortcomings, take the case of Pfc. Lawrence Gordon, who was killed in a battle in Normandy in 1944.

Jed Henry, a filmmaker whose grandfather served in Gordon's unit in France, contacted the Army two years ago as he was looking into Gordon's case. He asked for Gordon's files but didn't get very far. So he sought help from officials in Congress. After nearly a year of research and help from a French historian, he found that Gordon's name was attached to two bodies in the records.

"I knew that Pfc. Gordon had been killed along with 43 other members of the unit, and I had no idea that any of them hadn't been returned or hadn't been found," Henry says.

He then requested that the military disinter, or dig up, and test the two graves against family DNA. They were in an American cemetery in France.

"And that is when they told us they needed to sort through 3,200 files just to create a short list. And from there they had to create another short list. And if they got it whittled down far enough, they might be able to order a disinterment," Henry says.

To get this disinterment order, officials told Henry, it could take another year.

So Henry kept researching on his own. He eventually found a mention of a third body that might have been misidentified as a German soldier and buried in a French cemetery. The details matched Gordon's case, so Henry went to the Germans with his new evidence.

"They basically said, 'Hey, we've looked at your evidence, and if you want to go ahead with the DNA test, that's fine, we'll support you,' " Henry says. "We were just blown away. We couldn't believe it was that easy after we'd spent a year fighting with the U.S. just trying to get them to give us some help to see if it was possibly him."

The Germans put Henry in touch with the French, who dug up the remains and tested the DNA. It matched samples taken from Gordon's family.

Making The Decision To Dig

The case underscores what the NPR and ProPublica investigation found: That unlike the Europeans, U.S. officials are very reluctant to disinter the nearly 10,000 U.S. service members who are buried as unknowns around the world and test their DNA.

A joint investigation with ProPublica finds America's effort to bring home its war dead is slow, inefficient and stymied by outdated methods. 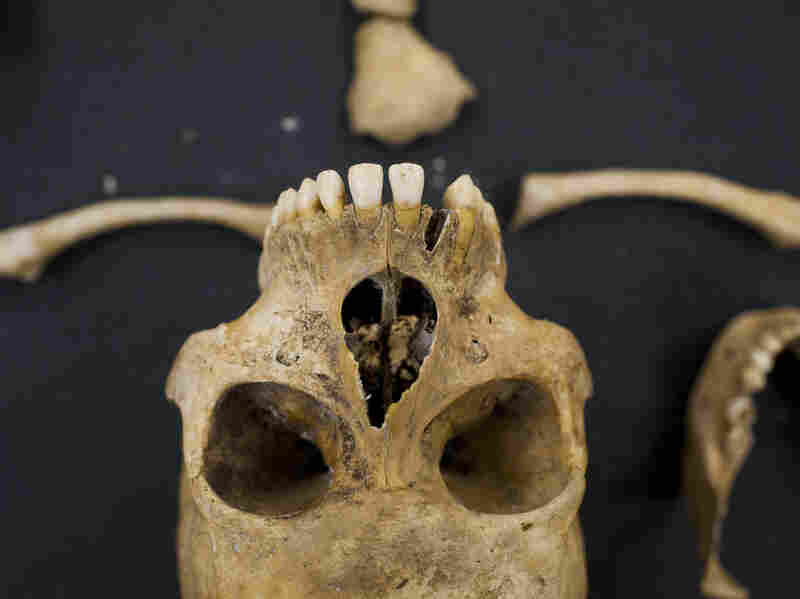 INVESTIGATION: Grave Science: The U.S. Military Is Leaving The Missing Behind
Elyse Butler for NPR

That's because the military says they already had honorable burials.

Also, service members who fell in more recent wars like Vietnam took precedent over those who fell in World War II, says Ann Mills-Griffiths, who heads an influential lobbying group for the Vietnam missing.

She says some think it doesn't make sense to dig up World War II graves when Vietnam families have been waiting a long time to find their missing.

"Some of the families think, 'Wait a minute — stand in line. You didn't start this; you didn't create it. And all of a sudden you think yours should have priority over everybody else's? No, I don't think so,' " Mills-Griffiths says.

Another shortcoming that Gordon's case points to is that the identification process at JPAC and the agencies is not led by DNA, even though that's how most missing-persons labs that NPR and ProPublica talked to operate.

What they could do to identify these large numbers of unknown soldiers is set up mobile testing labs at grave sites, test each one's DNA, then match that DNA against family DNA, says Josh Hyman, director of the University of Wisconsin's DNA sequencing lab.

"It's a matter of figuring out the logistics of this, but it's not ungodly expensive when you consider how much is being spent right now," he says.

That's $100 million a year to identify 70 service members on average, even though Congress has mandated that the agencies identify 200 a year by 2015.

Moving Toward A DNA-Led Approach

Back in the 1940s, after World War II ended, the goal was to identify and return as much of the service members' remains as possible, using historical records and analyzing bones and teeth. 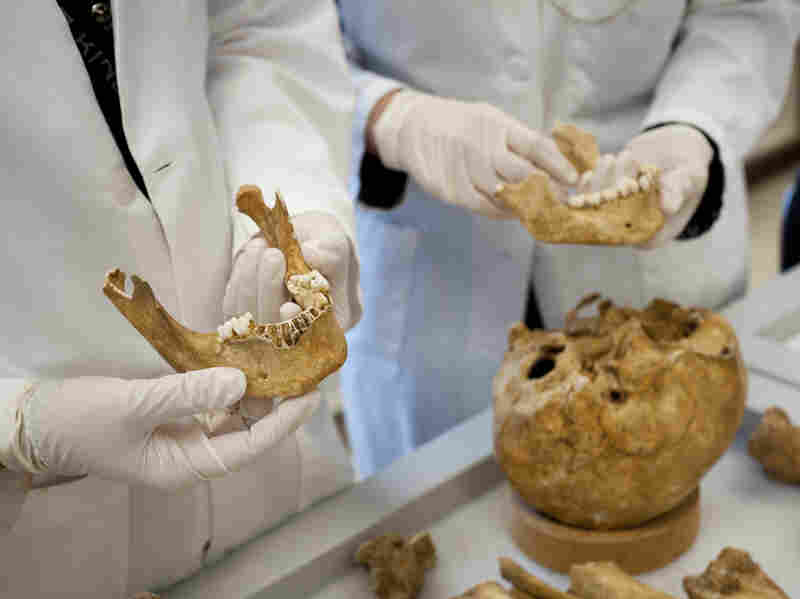 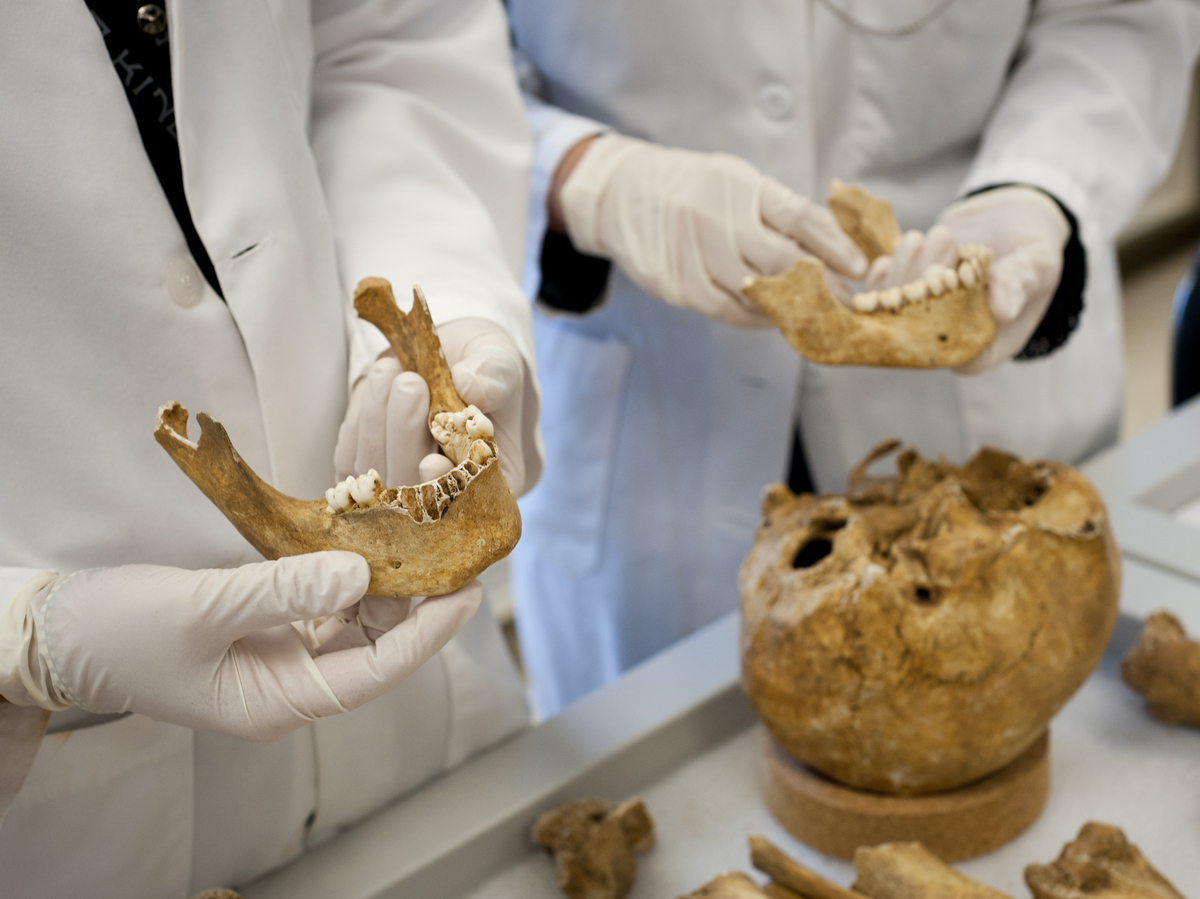 But now, with the power of DNA, scientists can know pretty quickly that a fragment belongs to a person, such as the way officials were able to identify people who died in the Sept. 11 attacks.

In those cases, many families said it's more important to know their relative died in a certain place than to wait until a more substantial collection of the remains can be assembled.

The DNA-led approach wasn't considered before, but Lumpkin says the Pentagon is now moving toward it.

As for Gordon, before his remains can be returned to the U.S. with military honors, the U.S. government has to verify the French results. That process could take months.