Accessibility links
When Planning For The Future, Women Have Been Hands Off Women earn more than ever but their attitude about investing hasn't kept pace. They lack confidence, experts say, and fear they, like Cate Blanchett's character in Blue Jasmine, will run out of money. 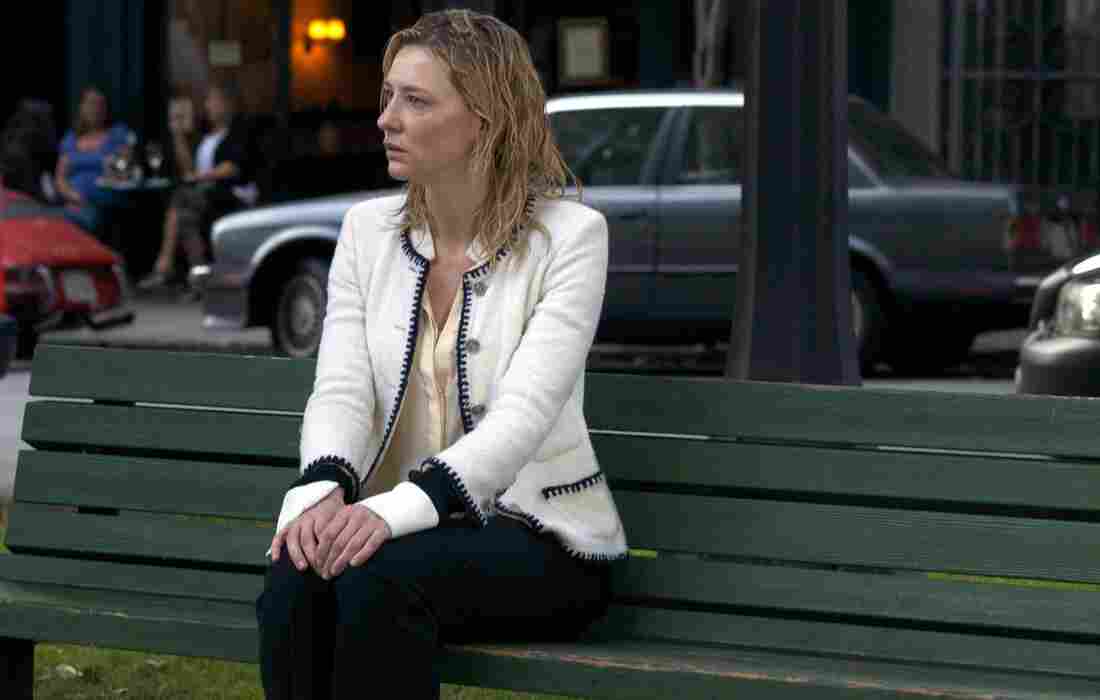 In Blue Jasmine, Cate Blanchett plays a wealthy New York socialite who has it all, loses it all and ends up delusional on a park bench. Perdido Productions hide caption 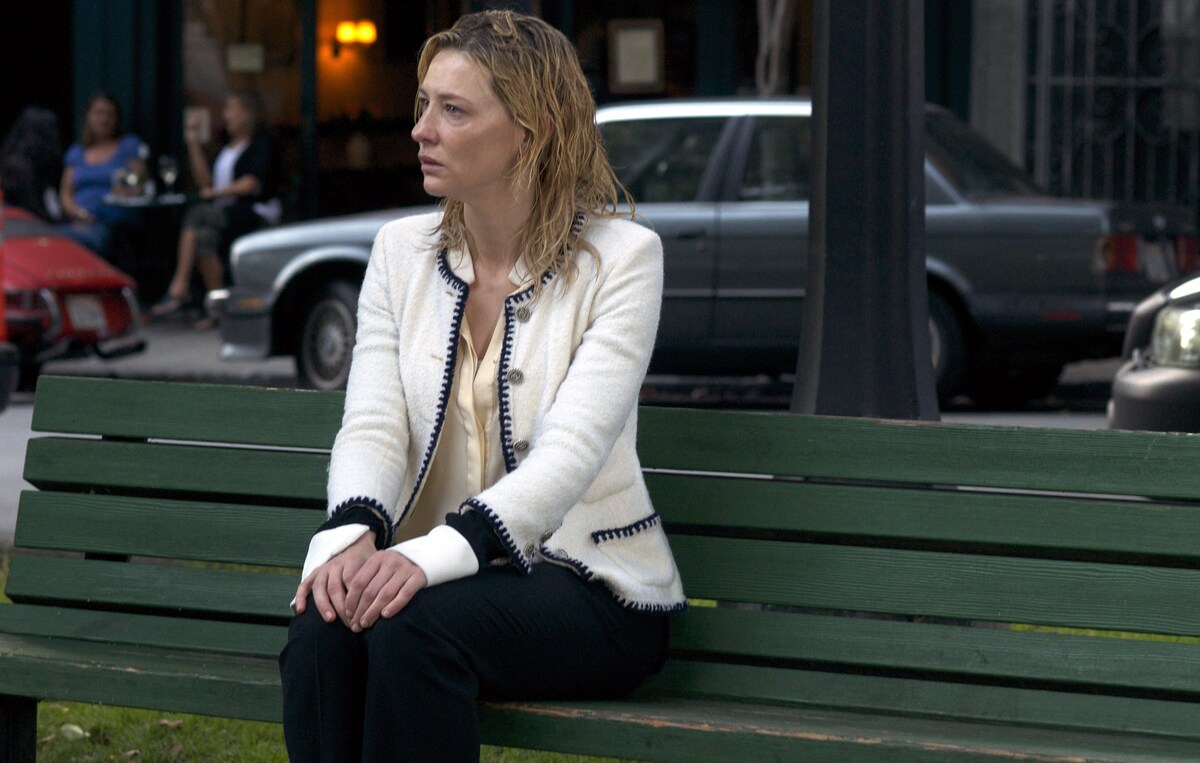 In Blue Jasmine, Cate Blanchett plays a wealthy New York socialite who has it all, loses it all and ends up delusional on a park bench.

It's a truism in the financial industry that women need to get more out of their money than men since they live longer and make less, especially if they take time out to care for children or aging parents. But it's also a given that they lack confidence when it comes to investing, something that's clear on a recent evening at the Women's Center in Vienna, Va.

A handful of middle-aged women are gathered in a small room to hear the basics of investing. One in the midst of a divorce laments that she let her soon-to-be-ex handle all of the finances. A single woman expresses a gnawing concern that she hasn't saved up enough to be able to stop working in a decade or two.

"I really don't know where to start," says Christiane Geidt, married and 46. She actually has accumulated a nice chunk, but — as is common for women — it's sitting in her savings account. Geidt is nervous about losing money if she invests, something that doesn't seem to bother her husband.

Actually, research suggests it's testosterone that makes men more open to such risk. But women have something else that men don't.

Cate Blanchett delivered an Oscar-winning portrayal of that age-old image in last year's hit Blue Jasmine, in which she plays a wealthy New York socialite who has it all, loses it all and ends up delusional on a park bench.

Hounsell points out that most women don't have as much to lose; the median annual income of those working full time in 2012 was less than $38,000. She has spent her career trying to coax women to plan for and invest in their future. But too often, Hounsell says, when women do seek out financial advice, they're turned off.

"We don't want wealth management gobbledygook that we can't understand," she says. "A lot of the studies show that women want somebody that they can talk to who will say, 'How old is your mother?' and 'Who is caring for her?' and all those things. Well, they haven't been trained like that."

Financial planners, she says, have been steeped in industry jargon. And they are overwhelmingly older, white men. Still, Hounsell senses a shift. She says the big firms now have webinars, websites and entire studies devoted to women.

"I was on a panel where I almost fell off my chair," she says. "Someone was sitting there with a slide from a big consulting firm saying that people want simple, straightforward information that helps them make changes in their life. And I feel like I've waited 25 years to hear that."

At FBB Capital Partners in Bethesda, Md., Wendy Weaver gives that straight, simple talk. Compared with a generation ago, she says, women today are more likely to be single, and also more likely to make just as much, if not more, than their husbands. And yet, she says, women's attitude toward money doesn't seem to have kept pace with their expanding role in the economy.

Cindy Hounsell, president of the Women's Institute for a Secure Retirement

"The millennials seem to be trending back toward relinquishing control," she says, "whether that be, 'My spouse will take care of it,' or even, 'I'm still at home so my dad takes care of it.' "

Weaver even sees breadwinner wives who still let their spouse handle the finances. She worries that either they're too nervous to invest, or they fear they will offend a spouse if they ask for more say in money decisions.

"That emotion has to be removed," she says, "and just look at money as a tool, and a means to an end."

Weaver points out that back in the "greatest generation," many women handled the home finances. Sure, most didn't have to figure out 401(k)s or stocks and bonds. But — here's the irony — when women today do invest, they get even better returns than men.

"Men feel like they always have to fix things and trade whether it needs to be fixed or not," Weaver says.

One expert calls it the "remote control factor." Women, Weaver says, like to think long term. They do more research and ask more questions.

Of course, people need money to invest, and this is still a tough time for many. But Weaver and others are hopeful that for young women at least, the recent recession may have a silver lining.

"There is definitely a lot of fear," says 27-year-old Sarah Ameigh of Bethesda. She graduated from college in 2009, in the wake of the financial collapse.

"There was a mood," she says. " 'Worried' would be the best word to describe it. We all did OK in terms of getting jobs, but there's always that little voice in your head that, ugh, you just don't know what's possible."

Ameigh is grateful for her job in marketing and has already started to invest in a 401(k) and is calculating how much more she can save. A little worry, she says, might turn out to be a good thing.