Accessibility links
Obamacare Rolls Into N.H. Like A Political Campaign — And Wins In New Hampshire, where the Affordable Care Act remains unpopular, the state has exceeded expectations for insurance enrollments. Credit goes, in part, to a grass-roots campaign to sign people up. 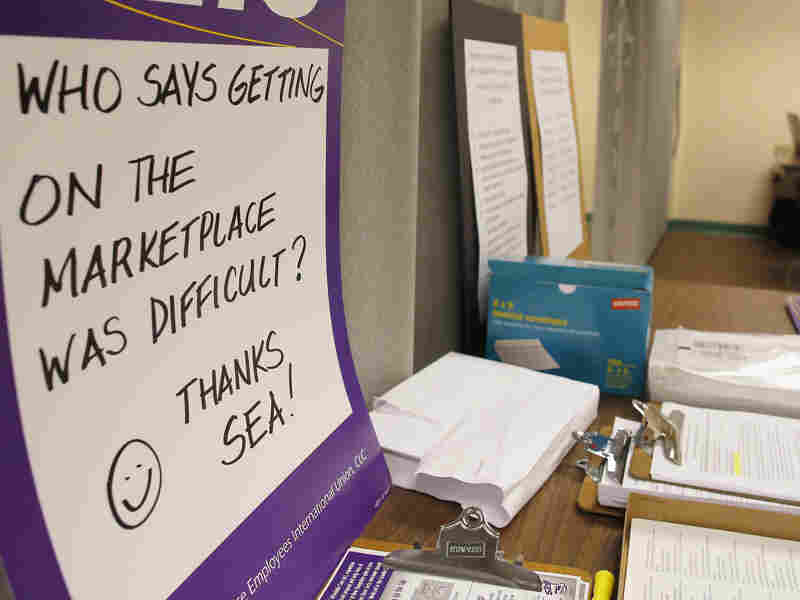 In New Hampshire, where the Affordable Care Act remains unpopular, the state has exceeded expectations for insurance enrollments. Credit goes, in part, to a grass-roots campaign to sign people up. Brian Snyder/Reuters /Landov hide caption 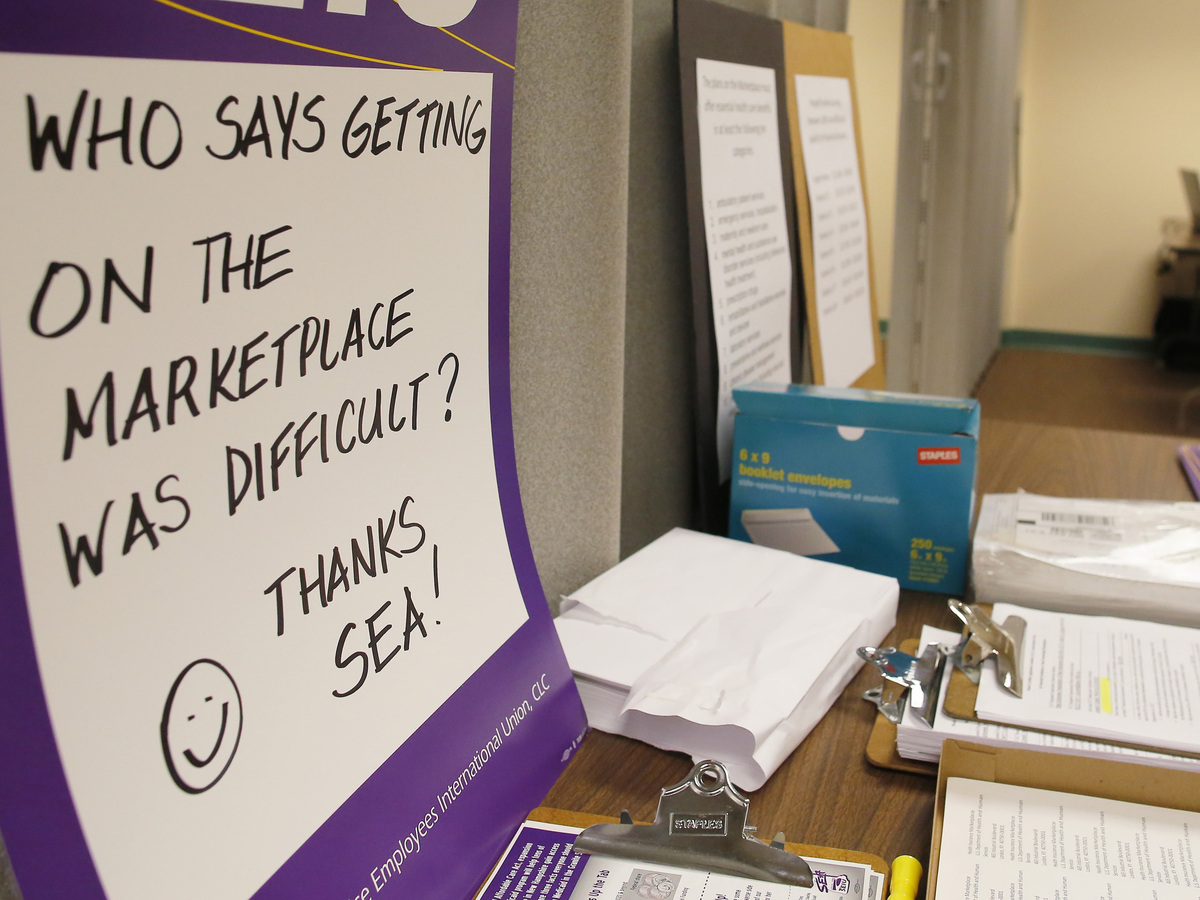 In New Hampshire, where the Affordable Care Act remains unpopular, the state has exceeded expectations for insurance enrollments. Credit goes, in part, to a grass-roots campaign to sign people up.

Monday is the deadline to sign up for health insurance under the Affordable Care Act, or at least to begin the process. We already know that nationwide more than 6 million people have enrolled.

But each state has its own insurance market and its own experience with the law. In New Hampshire, polls show that the law is quite unpopular.

"The sense among people is it hasn't helped them," says Andy Smith, director of the University of New Hampshire Survey Center, "and that if anything comes out of it, it's actually going to make their health care costs go up."

Yet enrollments in the state have greatly exceeded expectations.

When Lisa Kerrigan, 25, heard people talking about the Affordable Care Act, it was never anything good.

"I had thought I was going to be hit with this huge bill every month, and I wasn't going to be able to afford it," says Kerrigan, as her two young daughters play in their bedroom nearby. "I've never been able to afford health insurance before, and I was really, really hesitant going into it."

Kerrigan lives in Rochester, N.H., and runs a day care and preschool called Where the Child Things Are.

"I love what I do; it just doesn't pay very much," she says.

And it doesn't come with health insurance. This made Kerrigan the ideal target for a sophisticated campaign in New Hampshire aimed at getting people to sign up for coverage.

Half a dozen people sit around a table in a downtown Concord office, mapping out the final push to get people to enroll in health insurance under the Affordable Care Act. Karen Hicks sits at the head of the table. She's the project manager for Covering New Hampshire, which got federal funding to promote the law.

"We used all of the learnings from the last two or three presidential cycles and really applied it to this campaign," Hicks says.

Hicks was a senior adviser to Hillary Clinton in 2008 and is a seasoned grass-roots political strategist. She and her team used commercial databases to identify and target 50,000 households most likely to be uninsured. They did polling and focus groups to hone their message.

"I remember being struck by this in the first set of focus groups that we did," Hicks says. "We put the chart of financial eligibility in front of people, and you literally saw people sort of go from having their hands crossed, sitting back in their seat, to leaning in and looking, and then when they could locate themselves on the chart, it just changed the whole tone of the conversation."

A Message Of Affordability

As a result, that chart showing affordability is on every brochure and piece of mail the campaign produced.

The day care manager, Lisa Kerrigan, saw one of those brochures. She had heard that the sign-up process on the website was terrible. New Hampshire is one of about three-dozen states that chose not to create their own marketplaces — so residents have to use the glitch-plagued HealthCare.gov.

But Kerrigan tried it on a whim, just to see how bad it really was. About an hour later, she had signed up for a plan that costs just $37 a month.

Kerrigan later agreed to have her story used in some of the marketing materials.

Success, With An Asterisk

There are certainly people with less positive stories to tell — those who don't qualify for tax credits or who find their doctor or nearby hospital isn't in the network. Still, more than 21,000 people had chosen a plan as of the end of February, significantly exceeding the federal government's enrollment projections — but the state's success may come with an asterisk.

"One possible explanation is that health insurance costs are quite expensive here in New Hampshire, and the offerings on the exchange are less expensive," says Stephen Norton, executive director of the New Hampshire Center for Public Policy Studies.

That means it's possible people who already had insurance traded their existing coverage for government-subsidized plans. The answer to the question won't be clear for quite some time.

Charlie Arlinghaus, president of the Josiah Bartlett Center for Public Policy and a critic of the law, is unimpressed by the state's numbers.

"A small state is easier to target," Arlinghaus says. He says New Hampshire is both small and homogeneous.

He points out that New Hampshire had some of the state's most qualified political professionals with a multimillion-dollar budget encouraging people to do something that's required by law — even if it remains an unpopular law.