Accessibility links
The Long Road To GM's Ignition Switch Recall Records show that GM knew about faulty ignition switches in its cars at least a decade ago. The first death now linked to the problem happened the same year the company was shedding thousands of jobs. 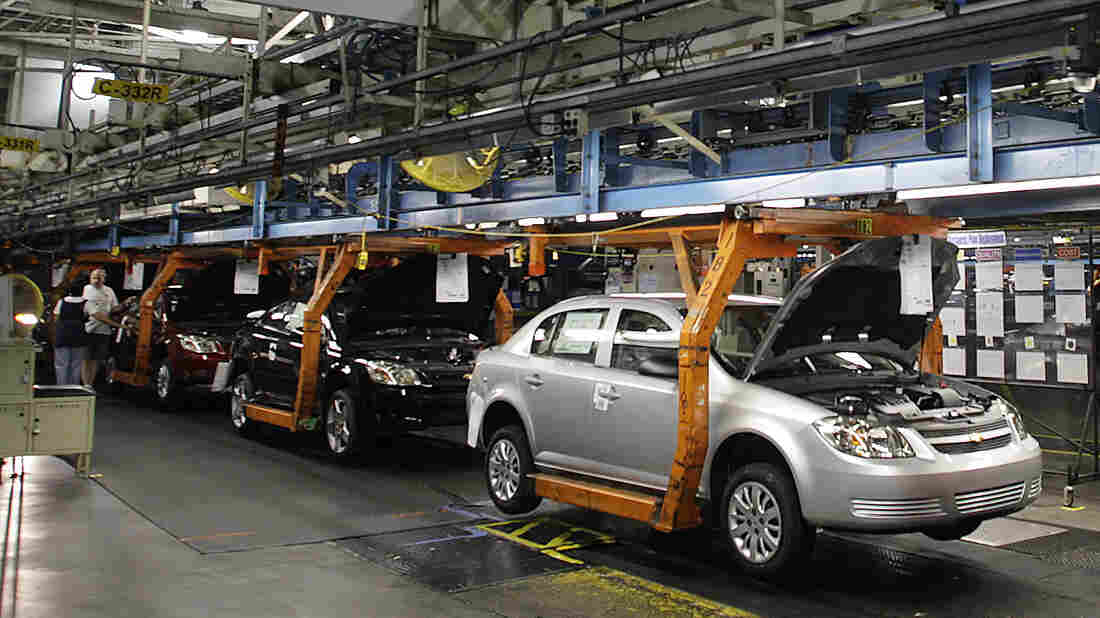 Chevy Cobalts on the assembly line in Ohio in 2008. Documents show General Motors was aware of problems with the car's ignition switch years before, but failed to act. Ron Schwane/AP hide caption 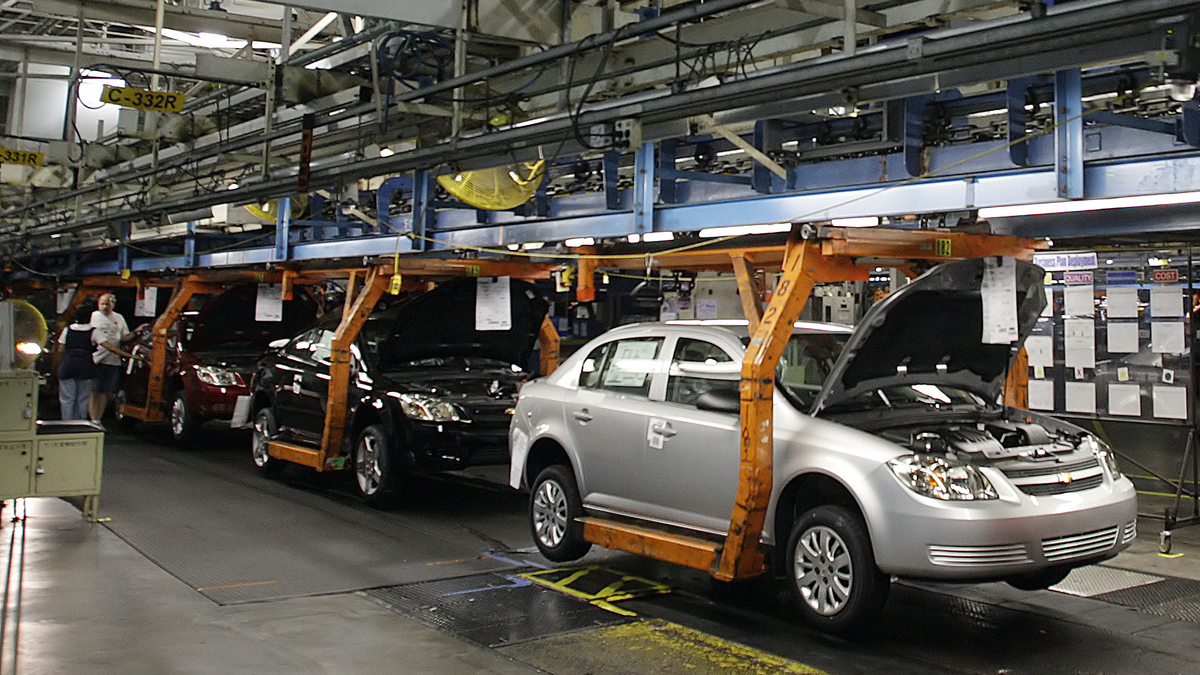 Chevy Cobalts on the assembly line in Ohio in 2008. Documents show General Motors was aware of problems with the car's ignition switch years before, but failed to act.

It's the first time she'll be questioned about a safety defect that's been linked to at least 13 deaths and has sparked a 2.6 million-vehicle recall.

At issue for the Detroit CEO is a classic question: What did GM know about the problems with ignition switch problems in its cars, and when did the company know it?

And just as important for GM and government regulators is the follow-up question: Why did no one act sooner?

In the recent history of General Motors, there's one car that sort of symbolizes the problems of the old GM: the Chevy Cobalt.

'A Moment Of Panic'

The car is currently the subject of about a half-dozen investigations. Even if more than 1 million Cobalts were not being recalled, the cars would still have a bad reputation, simply for not being a quality vehicle.

Scott Oldham of Edmunds.com says that's hindsight. "At the time, in the context of what GM was making before the Cobalt, it was seen, for the most part, as a giant leap forward," he says.

Oldham remembers test-driving the Cobalt at an event for journalists and industry analysts when the car was being launched a decade ago. He drove on the track with an engineer in the passenger seat.

"And I remember coming up to a curve, and I moved my foot, and as I moved my foot, my knee kind of pinned this key fob between my knee and the steering column," Oldham explains. "And when I hit the brake, my leg moved down. And it basically pulled the key down and shut the car off."

The systems that were connected to the engine just stopped working.

"There was this moment of panic where I said, 'Oh my God, the steering isn't working,' " he recalls. "I got the car slowed down and pulled to the side. Catastrophe was avoided."

About 10 miles later, it happened again.

Oldham and the engineer stopped at the side of the road to try to figure out what had happened. Finally, he recalls, they realized what was going on.

"I would start the car and then just with my hand, just pull down on that key fob just ever so slightly," Oldham says. "And sure enough, I could turn the car off. And we looked and each other, and I go, 'That seems like a little bit of problem.' "

According to documents released Sunday, GM engineers received reports about problems like this — and held meetings about it — in 2005. Engineers decided against a fix because it would take too long and cost too much money.

As Carmakers Turn Up The Recalls, Consumers Tune Out

A couple of months later, the company looked into another fix — and that plan was scratched, as well, though dealers were notified of a potential problem.

All this while GM was hemorrhaging money, losing billions of dollars. In the fall of 2005, then-CEO Rick Wagoner announced plans to close nine factories and cut 30,000 jobs.

The move was necessary, he said, to get the company's costs in line with its global competitors.

The first death related to the faulty ignition switch problem would occur that same year.

In 2007, the National Highway Traffic Safety Administration began to connect the dots with that first death and the faulty ignition switches, but no investigation was launched.

Joan Claybrook, a former head of NHTSA and now a critic of the agency, says NHTSA and the auto industry have developed a very cozy relationship that includes a revolving door between carmakers and the regulator.

Claybrook says the problem could be as simple as people at the agency doing their jobs poorly.

What government officials knew, and what GM knew, has a bearing on the half-dozen investigations underway, but it could also have bearing on the victims.

Who is liable for defects is complicated in part by GM's bankruptcy. If the accidents occurred before the old GM went under, they don't necessarily transfer to the new company.

John Pottow, who specializes in bankruptcy at the University of Michigan's law school, says lawsuits likely lie ahead for the automaker.

"If you had a problem with your car, and GM knew that there were cars out there with problems on them but didn't tell the public," he says, "then those people could come forward now, especially if they were injured, or even join a class of injured people, and sue the company."

Lawsuits may be the least of the problems for Mary Barra, GM's new CEO. She faces two tests on Tuesday. One: Can she separate the old company from the new before Congress?

And the second: Sales performance. Car sales numbers come out Tuesday — the first sign of how much the car-buying public has been, and will be, listening.