Accessibility links
An Intern At 40-Something, And 'Paid In Hugs' Your boss may be younger than you, your fellow interns may be decades younger, and you work for free. For Renee Killian and Danielle Probst, reconsidering their careers meant interning in their 40s. 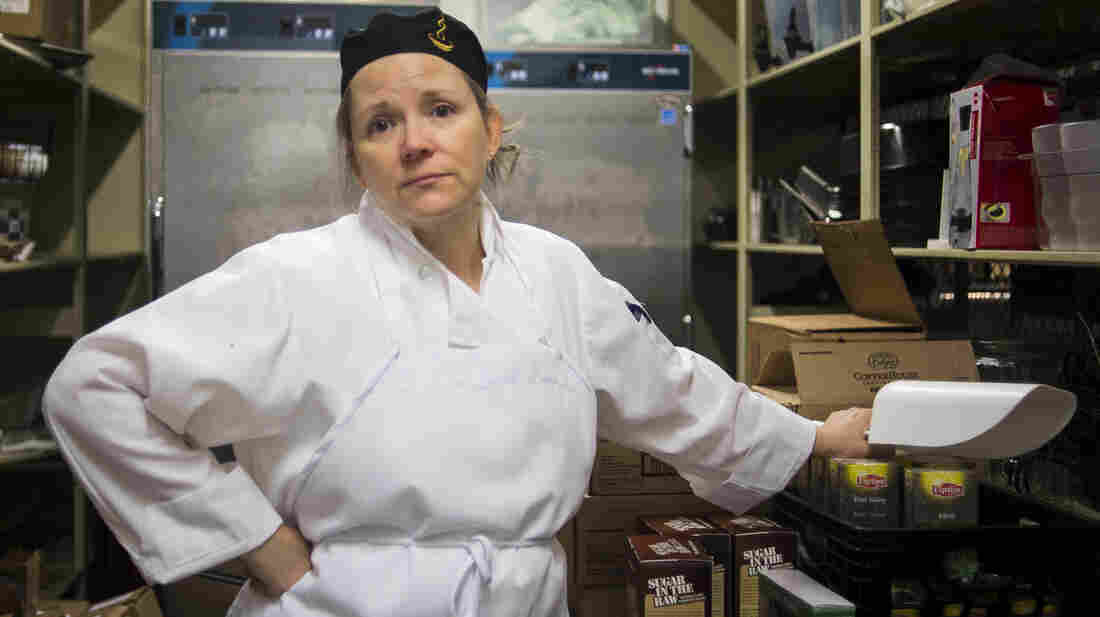 Danielle Probst, 50, works part-time in food service at NPR headquarters in Washington, D.C. Previously, she worked in film and marketing and also had an internship at a social media marketing company. Jim Tuttle/NPR hide caption 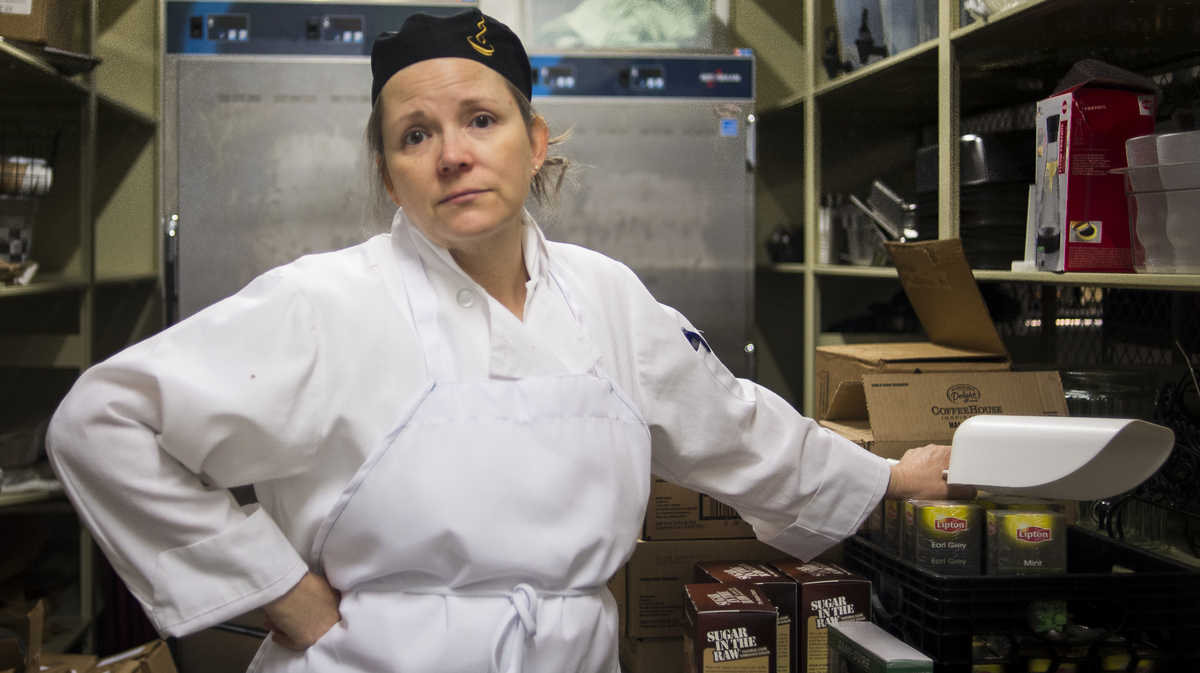 Danielle Probst, 50, works part-time in food service at NPR headquarters in Washington, D.C. Previously, she worked in film and marketing and also had an internship at a social media marketing company.

As the job market improves and people are trying to get back to work, more older workers in their 40s and 50s are signing on for internships. It could pay off, but it can come with some difficult trade-offs.

For Renee Killian, 47, it has meant working an unpaid stint alongside fellow interns who are less than half her age. Killian's dayside duties at the Red Cross in Washington, D.C., often involve making sure the response trucks are properly stocked with blankets, water bottles and cleaning kits. At night, she is a volunteer on call. And she's not earning a dime.

"Right now I go out and I'm not being paid for anything, but I do get paid in hugs, and so that's a big thing for me," she says.

It's a line of work this former police officer adores. After losing her job managing a marina, she opted to intern alongside George Washington University undergrads. 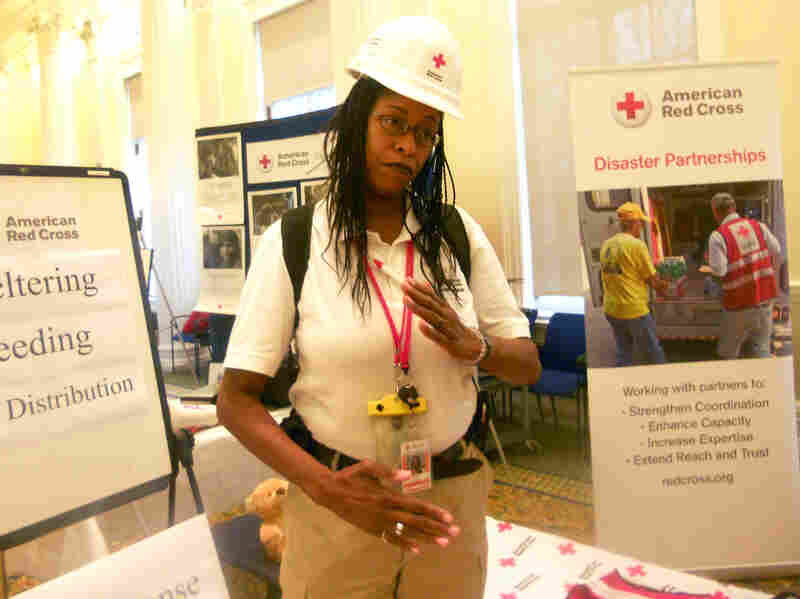 "We have GW students who are in here who are like teenyboppin' around," she says. "They do look to me for support, and I assist them in every way."

Lisa McGee, a disaster program manager at the Red Cross, is Killian's boss, and she is supportive. "I came in as an older intern myself," she says. She was about 43. McGee says older interns often have more empathy, life experience and commitment to the job. And it's a commitment Killian wears on her sleeve — literally. In lieu of wedding rings, she and her late husband got matching Red Cross tattoos on their wrists.

Killian believes the internship will help her get a paying job. She's currently interviewing.

The Great Recession and its long-term unemployment legacy have put the spotlight on older interns — including in the movies. The Internship, which came out last year, features two middle-aged interns at Google. Carol Cohen, a co-founder of iRelaunch, a firm matching companies with people wanting to returning to work, says there are moments in the film that reflect the real world.

Cohen says more than 11,000 people ranging in age from 30 to their late 50s have sought to find work through iRelaunch since it started in 2007. And she says it's coinciding with new interest from some big banks and insurance firms that are looking for older interns.

"There's been an explosion of formal employer return-to-work programs that involve an internship," Cohen says.

Danielle Probst is 50. She has a master's in fine arts, but her career in film and marketing faltered during the recession. Now, she's working part-time in the cafeteria at NPR's headquarters.

An internship she did at a social media marketing company didn't work out. "The people that I worked with were all young enough to be my kids, which was kind of bizarre for me," she says. "That was the first time I was really in a situation like that."

N.H. To The Unemployed: Try An Unpaid Internship

Her younger boss didn't take kindly to Probst's mentoring other interns. Ultimately she was offered a job that paid $10 an hour, not enough to live on. Now, Probst is still casting around for another career stepping stone, but she's less sure of herself these days and not sure where to look.

Now, she says, it's just a crunch between trying to pay the bills and trying to lay the groundwork for a more stable career.