Accessibility links
Scratch That: One Cat's Struggle With Internet Stardom How to Make Your Cat an Internet Celebrity might be the year's first essential new book. NPR's Renita Jablonski picks up the book, and her cat, to see if he has what it takes to be a star on the Web. 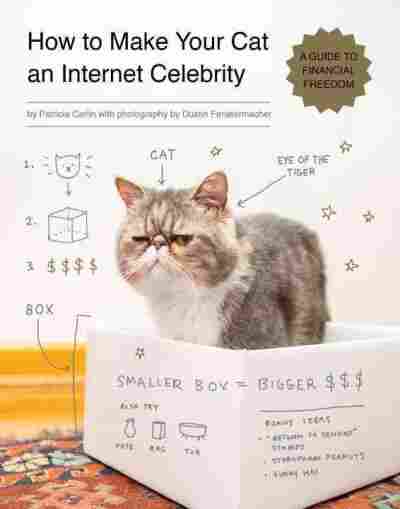 How to Make Your Cat an Internet Celebrity

A Guide to Financial Freedom

by Patricia Carlin and Dustin Fenstermacher 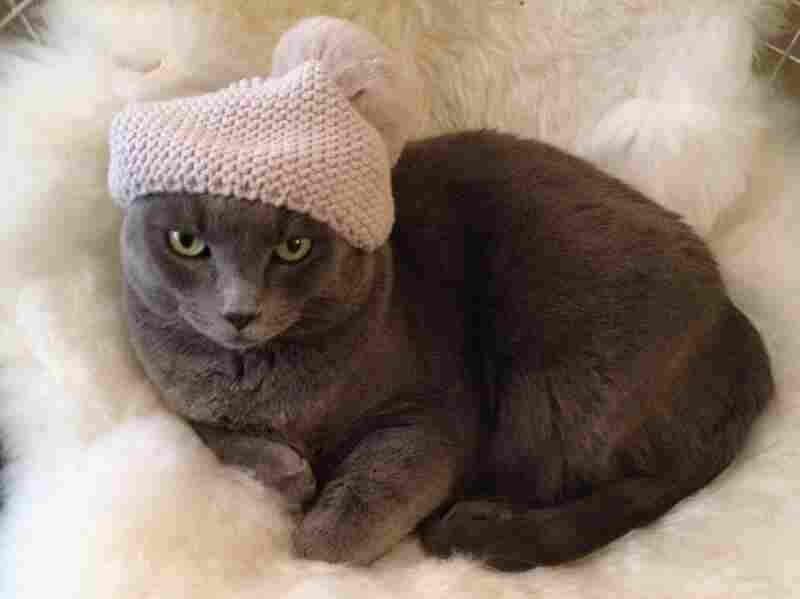 Bruiser's hat-wearing skills aren't in doubt — but does he have what it takes to be a true Internet celebrity? Renita Jablonski hide caption 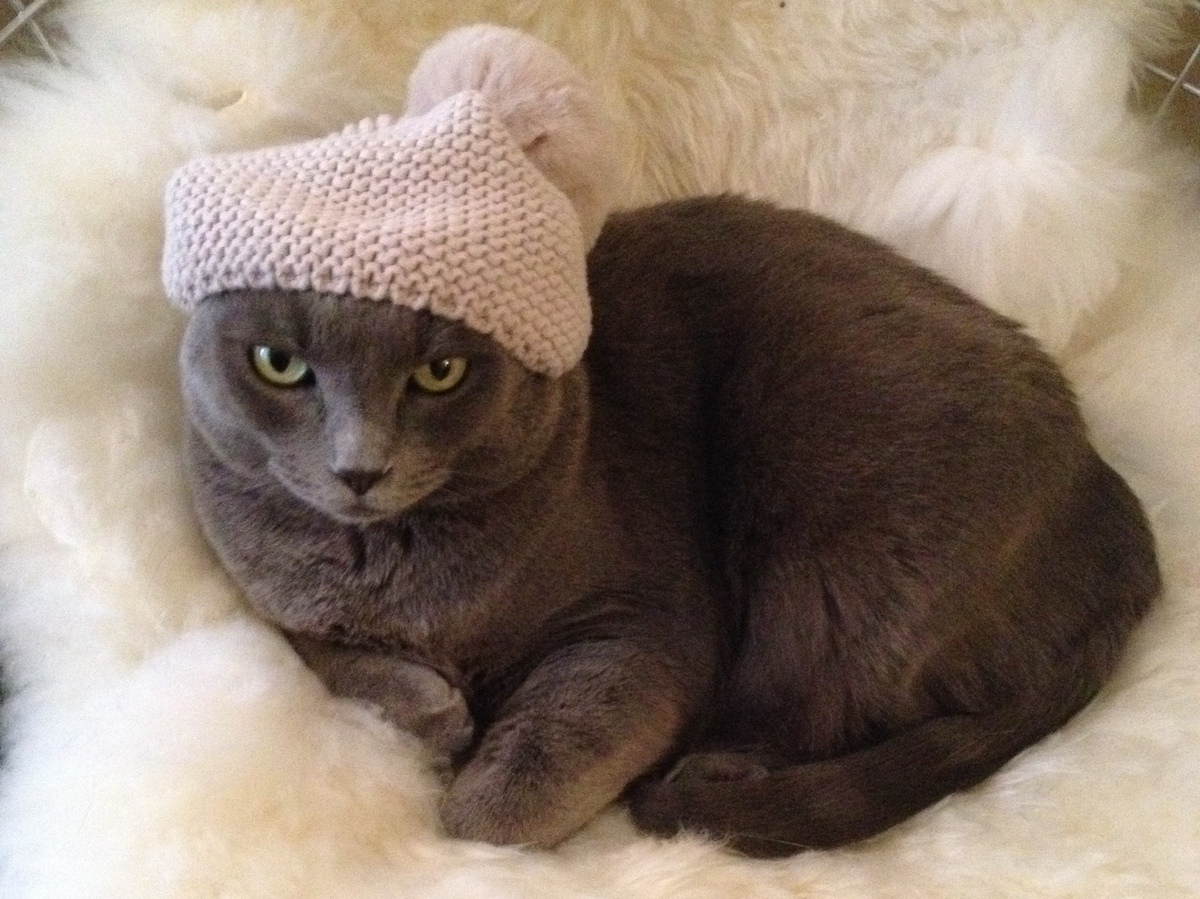 Bruiser's hat-wearing skills aren't in doubt — but does he have what it takes to be a true Internet celebrity? 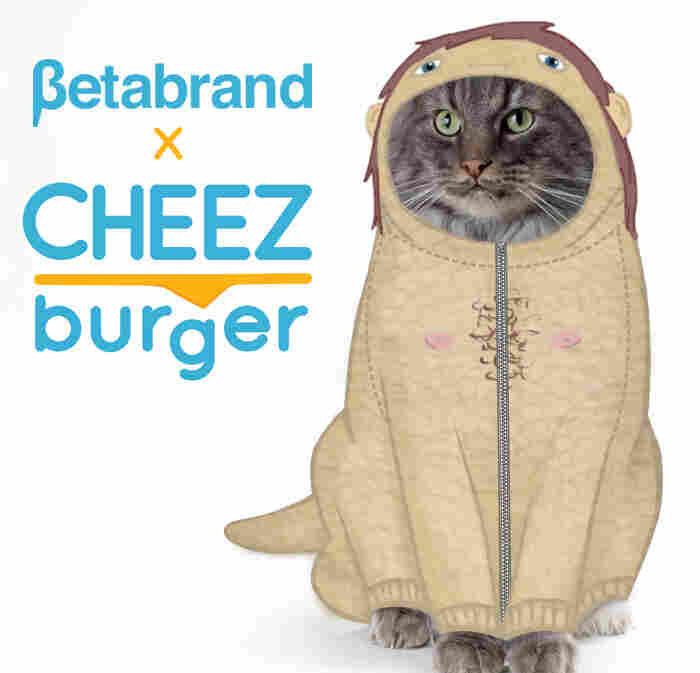 No matter what the market's doing, a certain breed of entrepreneur tends to come out on top — or should we say, breeds? Domestic short hair, Persian, Siamese — if you have the right breed of cat, or at least one with a certain look, you may be feeding kitty treats to a potential gold mine.

Luckily, there's a road map to feline stardom — published Tuesday, it's called How to Make Your Cat an Internet Celebrity: A Guide to Financial Freedom.

But not every cat has what it takes, and trying to claw your way to the top can leave a few scratches. Like, 19 or so — that's how many my cat Bruiser inflicted during a trip to the groomer.

For years my husband and I have been taking photos of Bruiser wearing hats. And Chapter 1 of How to Make Your Cat an Internet Celebrity is titled "Grooming Your Star," so our first stop was Bonnie's Dog and Cat Grooming in Washington, D.C.'s Capitol Hill neighborhood. Turns out a lot of big-name pets go there.

"You know, we did Ben Bernanke's dog for years, and now he's retired, Tinker Bernanke," says business owner Bonnie Peregoy. "It's hard to break into the Internet cat business because there's a lot of cats trying to do it now."

One man who has found success — and considerable financial freedom — is Ben Huh, founder and CEO of the multimillion-dollar cat media company Cheezburger.

"I think what we see here is the rise of the Internet cat industrial complex," he says. "I go to a meeting or a conference, and all of a sudden people are, you know, I've got iPhones in my face filled with cat photos and, you know, it's not like I can make it happen."

Truly, one can do only so much to make it happen. Back at the groomer, things quickly went south. Bruiser was not happy, and I began to doubt that I had what it takes to be a kitty stage mom. We went home and calmed Bruiser down with some organic catnip.

Once Bruiser was high on catnip, he got a reusable grocery bag stuck on his head. Purrrrfect! But I struggled to take photos of the action with my iPhone.

"The cameras on them are sometimes just not fast enough," says Dustin Fenstermacher, the photographer behind How to Make Your Cat an Internet Celebrity. "They'll just appear to be a blur." If you really want to make your cat a celebrity, he suggests, you've got to invest in a good camera. "It's also another tax write-off, too."

Cheezburger's Huh says my money would be better spent on the right accessories. "The problem here isn't your cat. It's your choice of hats that you need to work on." He says cat photos need to be extreme to get attention — and that's why he saw an opportunity to partner with online clothing community Betabrand. They're launching a new clothing line Tuesday.

"Humans wear cat prints on their clothing. We thought we would reverse that," Huh says. "And so you could have a hooded sweater for your cat that makes it look like the cat is a very hairy-chested man ... with nipples."

Facebook, meanwhile, is telling me my money should go to advertising Bruiser's page. And How to Make Your Cat an Internet Celebrity promises, "You don't have to be a financial genius like Jimmy Buffett." You just have to have a cute cat — and maybe some heavy gloves.