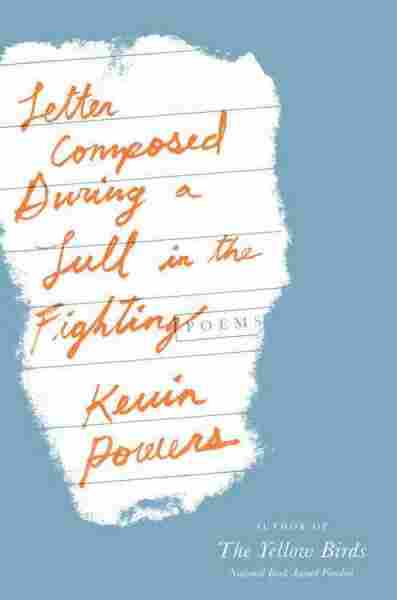 Letter Composed During a Lull in the Fighting

"I am home and whole, so to speak," writes Kevin Powers in his debut poetry collection. "But I can't remember / how to be alive." At its most striking, Letter Composed During a Lull in the Fighting finds Powers — an Iraq veteran and the author of the acclaimed war novel The Yellow Birds — contending with conflicts endemic to the home front, struggling to "remember how to be alive" after having known so much death.

To that end, he assembles a "catalogue / of methods." In "Independence Day"" a woman at his Veteran's Hospital tells him to "dig / my feet into the ground as hard as I / could if I / ever doubted / the firmness of reality":

And I
had practiced digging down
and down into the earth
with my hands
with my elbows
with my body
with my eyes
gone wide, in fact I
have tried to become earth
many times, to be lower than earth, and I
have known many boys
who practiced it so much
that they stayed below the surface.

The narrow stanza bores "down / and down" the page, plummeting into deep strata of emotion. Powers elegantly melds psychological and military defenses, alluding not only to the speaker's efforts to handle post-traumatic stress disorder but also to the foxholes where, "lower than earth," he hid from enemy fire. Most clearly, and devastatingly, he describes death. Trying to cope with aftershocks of war only reminds him of war's horrors.

It's "an effort  / to stay sane," he writes elsewhere — even, or perhaps especially, once war's insanities have ended. In "Separation," the speaker struggles with such efforts in the supposedly relaxed space of a bar. He sees laughing "Young Republicans / in pink popped collar shirts," and yearns

to rub their clean
bodies in blood. I want my rifle
and I want them to know
how scared I am still, alone
in bars these three years later when
I notice it is gone. I want the boys
at the end of the bar to know
that my rifle weighed eight pounds
when loaded and on my first day
home I made a scene in a bar:
so drunk that I screamed and
wept and begged for someone
to give it back. "How will I return
fire?" I cried. I truly cried.
But no one could give it back
because it was gone and I felt
so old: Twenty-four and crying
for my rifle and the boys
at the end of the bar
were laughing. 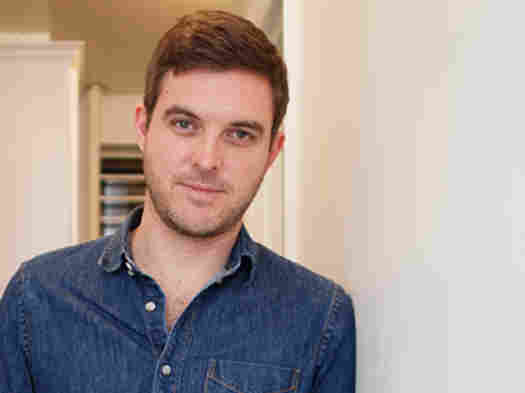 Kevin Powers is also the author of the novel The Yellow Birds. Christy Whitney/Courtesy of Little, Brown and Company hide caption 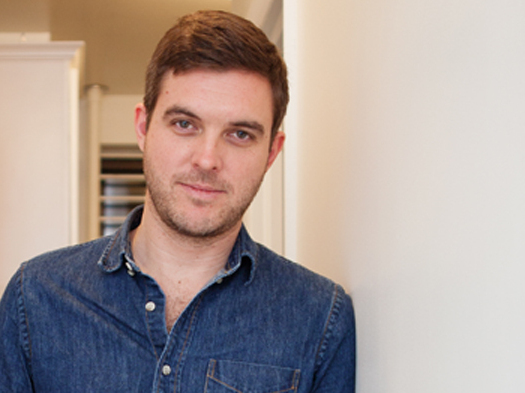 Kevin Powers is also the author of the novel The Yellow Birds.

The "Separation" here is both geographical and psychological: the yawning gulf between home and war fronts. Rather than foreign insurgents, uncomprehending Americans threaten the speaker's well-being on domestic soil. And just as the World War I poet Siegfried Sassoon dreamed, in "Blighters," of a military tank terrorizing gleefully ignorant British civilians, so does Powers fantasize about subjecting the laughing boys to wartime violence. But Powers, too, is now "separated" from the battlefield, and from the rifle he yearns to protect himself with. "No one could give it back / because it was gone," he writes, and the "it" could refer not only to the gun but also to something larger: his youth, his innocence, and whatever else he left in Iraq along with his weapon.

The plain diction of "Independence Day" and "Separation" suits the poems' emotional intensity. Elsewhere, the poetry ascends to music — "toward the sea, / the sound of singing ceases," Powers writes in the gorgeous "After Leaving McGuire Veterans Hospital for the Last Time." Wise, wide-ranging poems like "Church Hill," "The Locks of the James," and "The Torch and Pitchfork Blues" unearth the history buried beneath contemporary American scenes.

Other efforts feel diffuse and confusing — especially when compared with the taut, urgent prose of The Yellow Birds. And a few pieces are weakened by corny effects ("If this poem / had wires / coming out of it, / you would not read it"). Yet at its best, this volume is remarkable in its style and scope, a piercing look at what the great traumas of history do to people, and what we do with them.