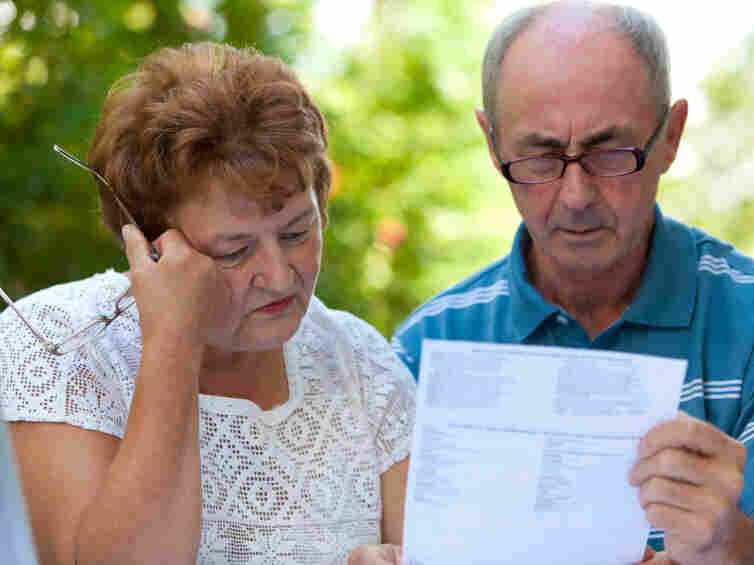 We hate losing twice as much as we love winning, behavioral researchers say. And that gets us into trouble with financial decisions. iStockphoto hide caption 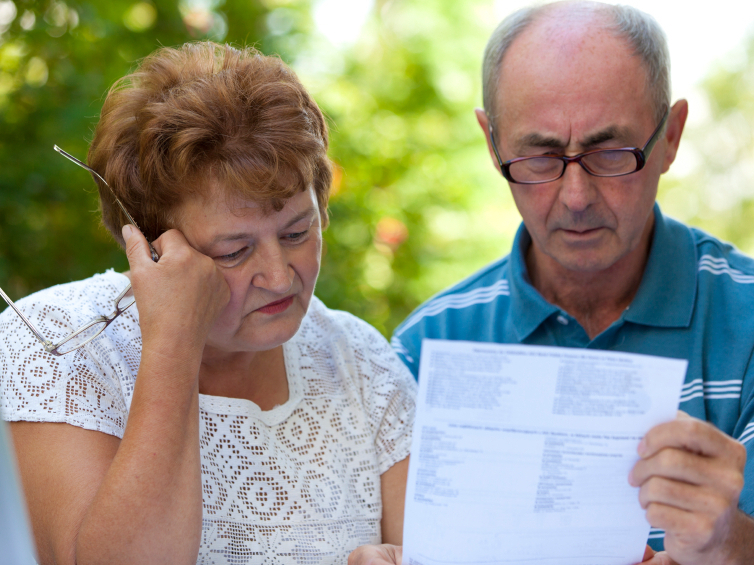 We hate losing twice as much as we love winning, behavioral researchers say. And that gets us into trouble with financial decisions.

Saving for retirement is a challenge facing most Americans. Research shows the challenge is made harder by our basic human impulses. We know we should be saving. But we don't. We consistently make bad financial decisions.

One thing that leads us astray is what behavioral economists call "loss aversion." In other words, we hate losing. And that gets in the way of us winning — if winning is making smart financial decisions.

A few months ago I got rear-ended and my Jeep Cherokee was totaled. It's the first new car I ever bought. (That was 15 years ago, so it wasn't new anymore.) But I loved that car. And I hated losing it.

Insurance didn't give me much money to replace it. But still, I ran out with that $3,000 and impulsively bought the first cheap car that looked like my old one to replace it. The problem is, the underside of it was really rusty. I should have known the car would be more trouble than it was worth.

But it was like my primitive brain took over. I just wanted my car back. And I bought it anyway. Fast-forward three months, and three other things have broken on the car. It won't start. And I've discovered "frame rot." Ken Lucas, the owner of Elite Bodyworks in Boston, took a look at the car and said the rust is "extremely bad." He adds, "I wouldn't recommend you drive it."

I cover financial stuff as a reporter and I've always saved a lot for retirement. So why did I make this rash decision to buy such a clunker?

Well, it turns out a lot of Americans make all kinds of bad financial decisions for exactly the same reason.

We Hate Losing More Than We Love Winning

Professor Brigitte Madrian teaches behavioral economics at Harvard. "You experienced this loss of your car, and you wanted to make the loss go away," she says.

Madrian says this human instinct to avoid loss — she calls it "loss aversion" — is very powerful. In fact, once we have something, we hate losing it more than we enjoyed getting it in the first place. "It hurts twice as bad," she says. "The literature suggests that people are twice as sensitive to losses as they are to gains."

In other words, we hate losing twice as much as we love winning. And that gets us into trouble with financial decisions because it gives us the wrong impulses. These can lead us to make bad choices, involving a lot more money than a cheap, rusty car.

The Mistake Of Buying High And Selling Low

Generally, people understand that to make money investing in the stock market you want to buy low and sell high. But our instincts can lead us in the other direction. Take the stock market crash in 2008. A lot of people felt that loss so intensely, they did what they should never do: They sold all their stock after the market had already crashed and lost half its value.

Madrian says the sense of loss is very powerful in a situation like that. And they wanted to act, to stop the bleeding, to make the pain go away. So people lose sight of the more rational idea that if you are in the market for the long haul, if history is any guide, the market has always recovered.

So why sell after stocks crash? It's a human, emotional decision. Not a considered, analytical one.

People know they should save. But most of us still just don't like writing a check to squirrel money away for the future. Madrian says that feels like a loss from our checking account. And our aversion to that is very strong and it often irrationally wins out. So, Madrian says, the best advice by far is to take advantage of things like an automatic payroll deduction.

In other words, getting your employer to put part of your pay into a retirement account before it ever shows up in your checking account. That sort of tricks us into feeling like we never had the money in the first place. And that saves us from ourselves. "The money you don't see is the money you don't miss," Madrian says.

Something We Should Fear: Fees

Usually, mutual funds and financial advisers don't ask you to write a check to pay them. They just take a percentage out of the money they're holding and investing for you. But that's often very expensive over time. People agree to it, though, because the cost — and the loss — isn't as visible. In this case, Madrian says, "the loss you don't see is the loss you don't feel."

She says if you find a good financial adviser, you'd be better off paying him or her by the hour to sit down once a year to give you advice — the same way you pay someone to do your taxes. Paying 1 or 2 percent of your entire life savings every year in fees could potentially cost you hundreds of thousands of dollars in lost profits over the course of 30 years. 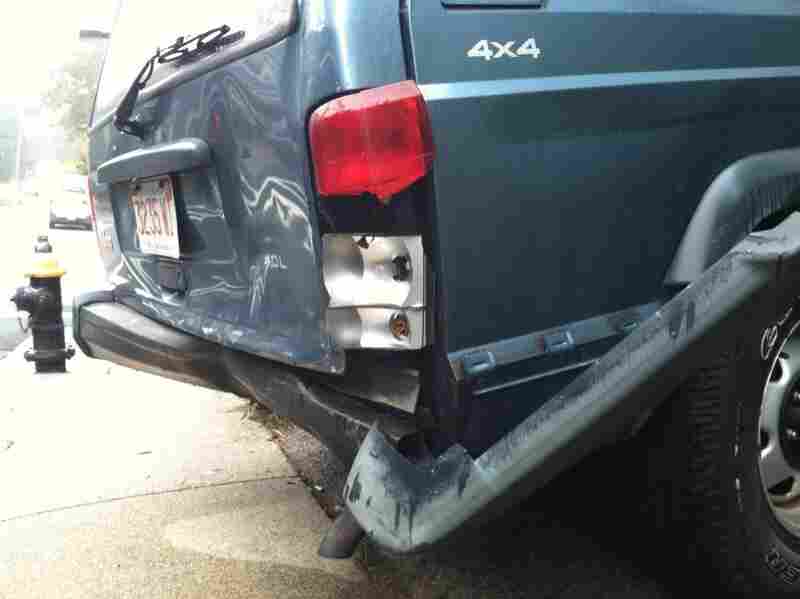 A smashed car is bad. But a smashed nest egg is worse. So it's good to understand how human impulses can lead us astray when we save for retirement. Chris Arnold/NPR hide caption 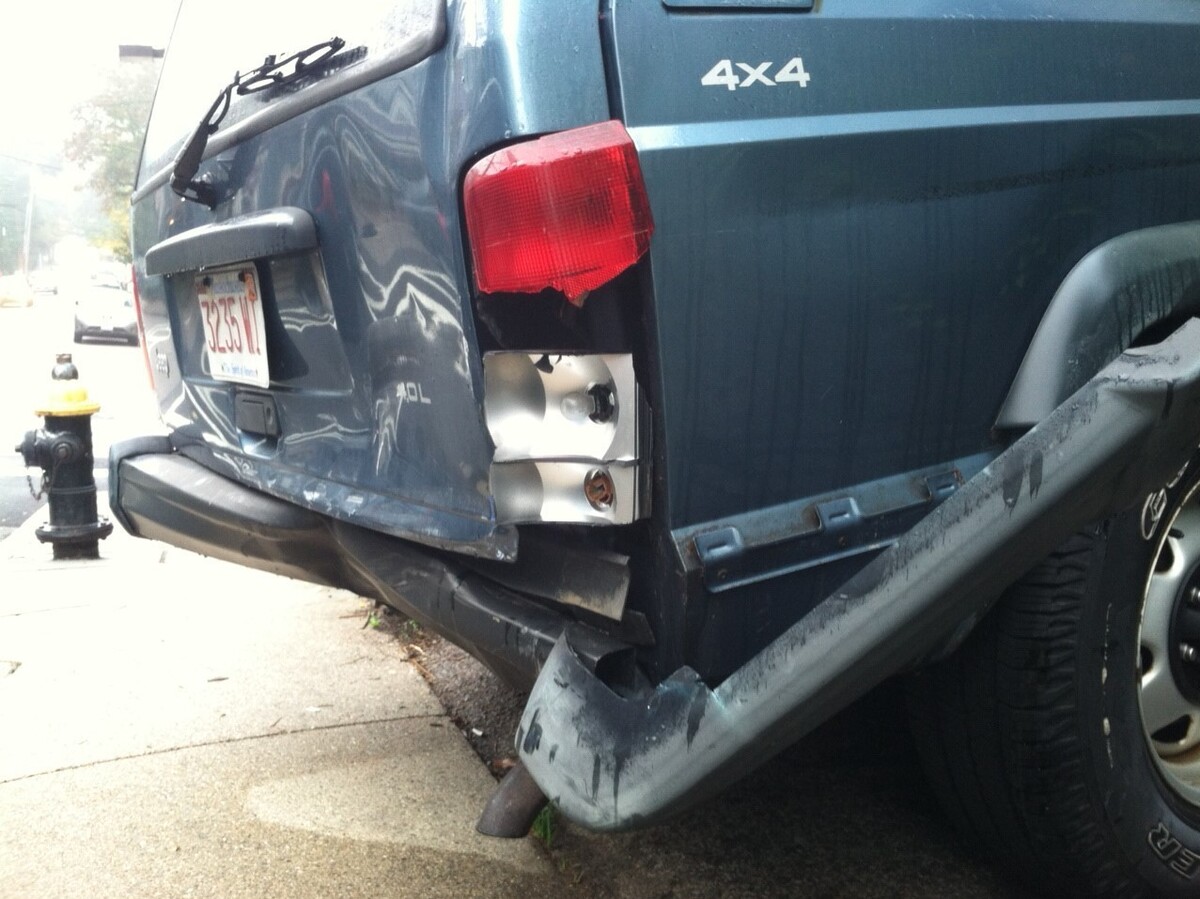 A smashed car is bad. But a smashed nest egg is worse. So it's good to understand how human impulses can lead us astray when we save for retirement.

So keep an eye on those fees. Many retirement experts recommend diversifying investments across a broad range of stocks, bonds, real estate investment trusts, and international stocks. Index funds and exchange-traded funds, known as ETFs, often have fees that are much lower than "actively managed" mutual funds. And the experts say a mountain of research shows you are much more likely to make more money over time if you invest in these lower-fee funds.

Madrian says with all important financial decisions, it's good to take your time. Seek out good advice, and don't overpay for it.

As for me, my Jeep still won't start. And I'm trying to get the guy who sold it to me to buy it back. Wish me luck.