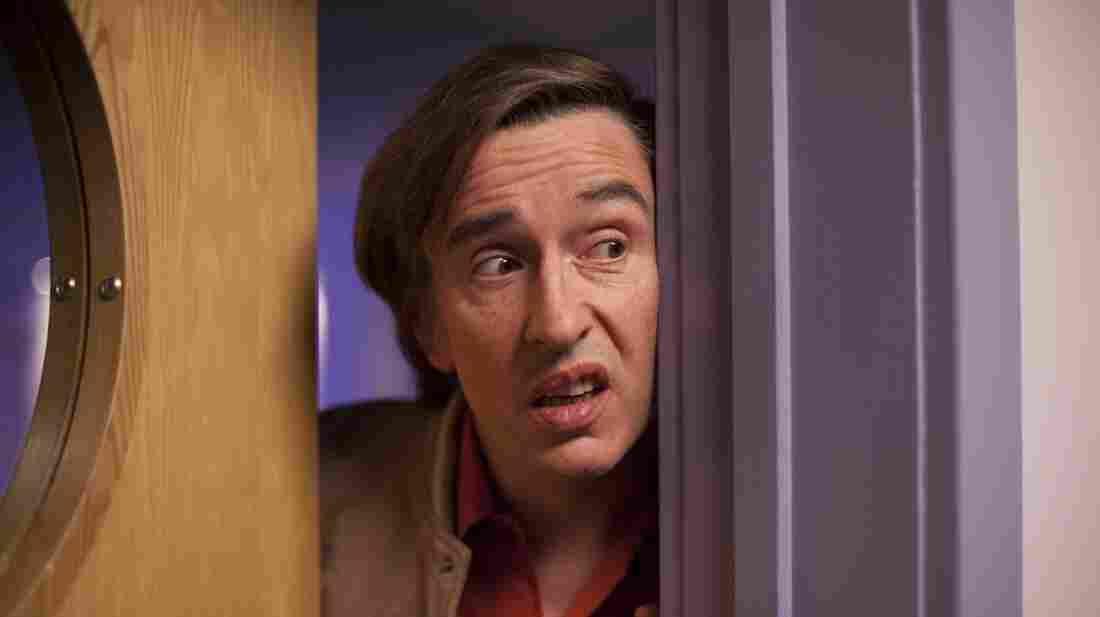 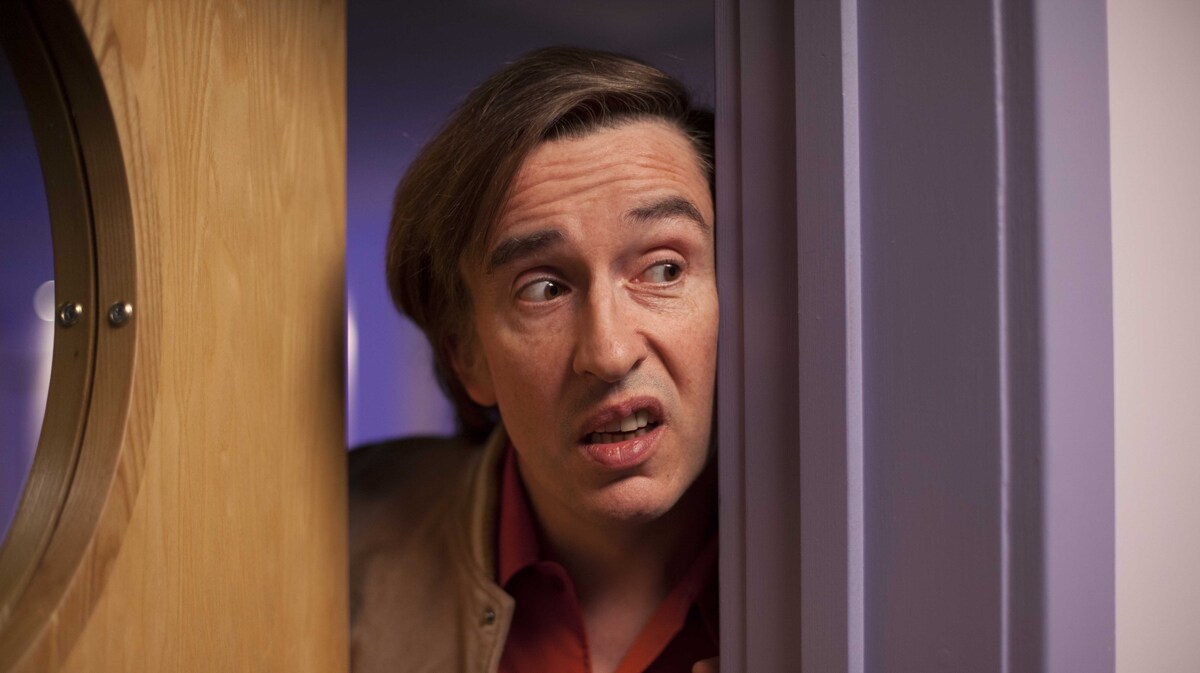 Steve Coogan brings his Alan Partridge character — a conceited, petty, utterly inept broadcast blowhard who once killed a guest on live TV — to the big screen in Alan Partridge.

Say the name Alan Partridge in Britain, and everyone knows who you're talking about: An airheaded, funny and entirely fictional broadcaster prone to saying things like, "You can keep Jesus — as far as I'm concerned, Neil Diamond will always be King of the Jews."

British comedian Steve Coogan has been playing Partridge on radio and TV for more than 20 years. Recently, the character made a successful leap to British movie theaters — and his new movie may make a successful leap across the Atlantic as well.

Both on the air and off, Partridge is quick, gimmicky, full of himself, and he's got no filter. None at all: If you like hearing about cow hymens on morning radio, he's your man.

Partridge is a personality on a small-town radio station full of personalities, all of whom worry about layoffs when the station's bought by a cost-cutting conglomerate. Especially late-night host Pat Farrell, who asks Partridge to stick up for him at a closed-door board meeting. Alan does, after a fashion. But then, glancing down at papers on the table, he realizes he and Pat are the only two names being considered for layoffs — and his tune changes slightly. "Pat Farrell is a great guy," he says. "He's always the first to speak up at union meetings."

Steve Coogan: From a Partridge to 'Cock and Bull'

When Alan's comments get Pat sacked, Pat grabs a shotgun and takes the whole staff hostage — still thinking Alan stuck up for him and is his only real ally. And that's a notion Alan is happy to encourage, especially when he realizes the audience potential.

All of this — smarm, cockiness, cowardice, pettiness — is by now second nature for comedian Steve Coogan, who has spent much of his career either giving life to journalists (as he did recently in Philomena) or mocking them. The mockery is scattershot here — more sketch comedy than situation comedy, despite a situation you'd think would dominate. Alan Partridge is so easily distracted, though, and so self-serving, that even a siege has to be all about him, whether he's accepting undeserved compliments from his boss or soliciting compliments from his manager: "I'm joking, Lynn! Enjoy me! Everyone else is."

Among the film's more inspired moments are a police chase that moves at a snail's pace, some weirdly genital-free full-frontal nudity, and a hostage-negotiation in which Alan Partridge can't resist playing to the crowd.

Ron Burgundy, eat your heart out.