Accessibility links
'In Paradise,' Matthiessen Considers Our Capacity For Cruelty At 86, Matthiessen has written what he says "may be his last word." In Paradise, a novel about a visit to a Nazi extermination camp, caps a career spanning six decades and 33 books. 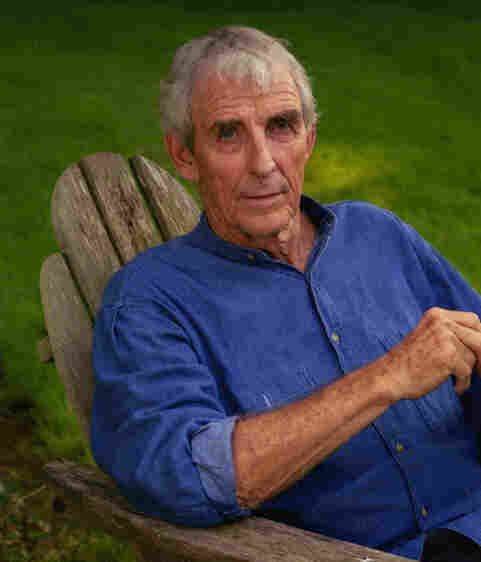 In his six-decade career, Peter Matthiessen has written 33 books, including The Snow Leopard and Shadow Country. Linda Girvin/Courtesy of Riverhead Books hide caption 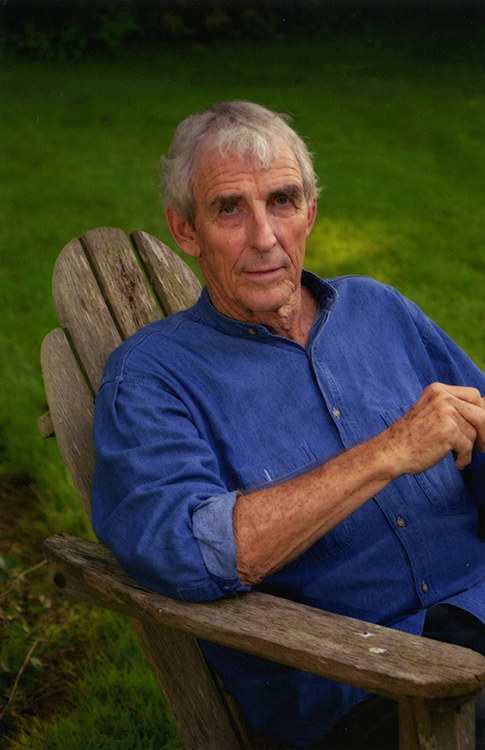 In his six-decade career, Peter Matthiessen has written 33 books, including The Snow Leopard and Shadow Country.

Editor's note: Peter Matthiessen died Saturday, shortly after this story published and just days before this latest novel, In Paradise, is due to be released.

At age 86, Peter Matthiessen has written what he says "may be his last word" — a novel due out Tuesday about a visit to a Nazi extermination camp. It's called In Paradise, and it caps a career spanning six decades and 33 books.

Matthiessen is the only writer to ever win a National Book Award in both fiction — for his last book, Shadow Country, and adult nonfiction for his 1978 travel journal, The Snow Leopard.

Matthiessen is filled with the vitality of past adventures as he leads a tour of his country-style home on the East End of Long Island. I visited him in March, on the day before he was to begin a round of experimental chemotherapy for cancer.

On the living room wall are a dozen large black-and-white photographs of New Guinea tribal warriors. The pictures were taken in 1961 — half by the author, the others by his traveling companion, Michael Rockefeller, who disappeared on that expedition, and may have been the victim of cannibals. Matthiessen wrote a book about that journey called Under the Mountain Wall — one of his many nonfiction chronicles of man and his relation to the natural world.

His new novel, In Paradise, is based on a different kind of journey — a trek into the Heart of Darkness. In 1996, Matthiessen, who is a Zen Buddhist, traveled to Poland on a meditation retreat. It took place at the former Nazi extermination camp at Auschwitz. What he saw floored him — he recalls the barbed wire, the watch towers, and the crematoriums. 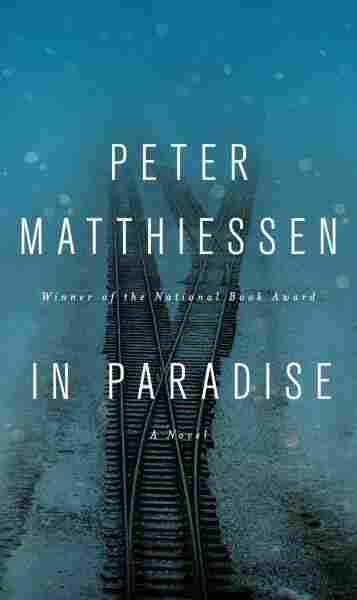 "The gas chambers were all blown up at the end of the war, so they are simply these grim-looking pale ruins out in the distance," he says. "It's a very grim scene. And so it's the enormity of it that just stuns you the first time."

Matthiessen tried to capture that experience in a book of journals, but he says the writing was flat. So he cast the story as a novel. The hero of In Paradise was born in Poland to a Jewish mother, but taken to America as an infant and baptized. Now, with a faded photo in his pocket, he is returning — 50 years later — to search for his mother in the place where she may have perished:

In this empty place then, at the end of autumn, 1996, what was left to be illuminated? What could the witness of warm, well-fed visitors possibly signify? How could such "witness" matter, and to whom? No one was listening.

McKay Jenkins is editor of The Peter Matthiessen Reader and has also done research at a concentration camp in Austria. "The way he articulates the rage, the despair, the existential delirium when you're in a place like this was precisely what I felt," Jenkins says."... What he does in this book is that he captures the incredible brokenness that one experiences at this place," Jenkins says. "[Matthiessen's phrase ] 'broken-brained and wholly broken-hearted' is precisely the way one feels."

"The number of people killed in the past century — human beings killing each other is phenomenal, you know?" Matthiessen says. "How has civilization — so called — come this far and people are still designing tools to kill each other? For no other purpose than killing. Why are we doing it? Why are we doing it?"

Matthiessen says he wants the readers of In Paradise to consider the potential for evil in all of us.

Read an excerpt of In Paradise

In A High, Snowy World, A Quest For Self-Discovery