Accessibility links
Calle 13, On Being Loved And Hated In Latin America The Puerto Rican rap duo is one of the most controversial bands in Latin music today. Calle 13's new album Multi_Viral finds the band questioning the price of being outspoken in Latin America. 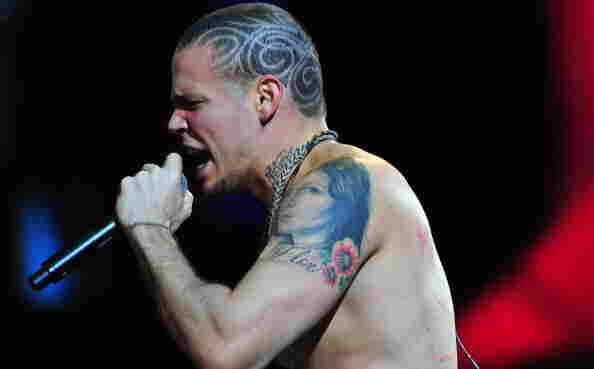 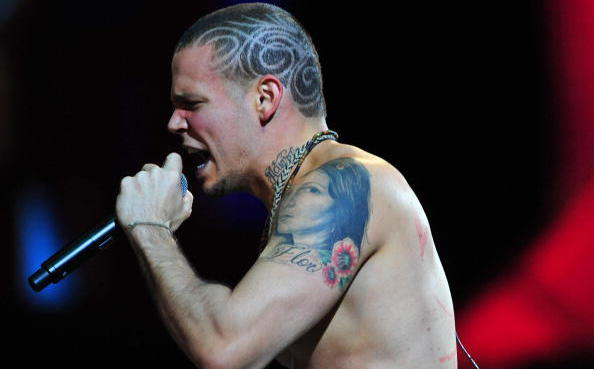 The Puerto Rican rap duo Calle 13 is one of the most beloved and hated bands in the Spanish-speaking world. Its members are politically outspoken and opinionated. They've also undergone an unusual evolution: They went from making raunchy club hits to becoming Latin America's premier political troubadours.

When the group first surfaced in the mid-2000s, Calle 13's lyrics earned it comparisons to rapper Eminem. Frontman Rene Perez Joglar was foul-mouthed and self-deprecating, but undeniably talented. He was as funny as he was gross. Armed with the stellar beats and hooks created by Joglar's stepbrother Eduardo Cabra, the duo elbowed its way through a crowd of gold-chain-wearing Puerto Rican reggaeton stars, and became a club hit.

"Who cares if you like Green Day? Who cares if you like Coldplay?" Joglar taunted Latinas in one of Calle 13's most famous lines. "I swear that by law, all Puerto Rican women know karate, they cook with Salsa De Tomate, and dip the rice in avocado, so they can harvest nalgas de 14 kilates — 14 karat butts."

Nuria Net is the managing editor at Fusion, and she says that even at the time, she was in no way offended by Calle 13's lyrics. "Calle 13 rapped about the female body, the nalgas, the curves, the bodily fluids ... It was so much more graphic, and poetic, but even raunchier than reggaeton and urban music 10 years ago."

Beyond its concern for derrieres, from the very beginning the band also had a political streak. One of its first songs is called "Querido FBI," or "Dear FBI," and it was an enraged protest against the FBI's killing of Puerto Rican nationalist Filiberto Ojeda Rios. "They've pissed on our flag, he bled to death, my people, I tell you he bled to death," Joglar rapped.

Back in those days, Joglar says he "didn't care about anything. I had no commitments, I was relaxed." He might have been careless, but he had a huge impact on Latin music. Music blogger Juan Data says that Calle 13 broke a lot of barriers, adding, "It was the first time there was intelligent music in Latin America."

Musically, the band also evolved unexpectedly. While its counterparts kept riding on that thumping mix of Spanish rap and Caribbean beats known as reggaeton, Calle 13 experimented with sounds from across the Latin world, collaborating with rock bands such as Mexico's Cafe Tacvba, or Panamanian salsa legend Ruben Blades.

Calle 13 slowly cemented its status as a socially conscious band, but on the new Multi_Viral, its members reflect on the heavy weight of being outspoken in an increasingly polarized Latin America. The band is all grown up, but still finding out that being serious can get you in more trouble than being a raunchy joker. Joglar says he's been attacked by the right and the left alike, and even dealt with death threats. "Now I have so many commitments," he says. "If I say one thing, it's wrong. If I say the other, it's also wrong. It's like this game of Tetris, like a puzzle that gets harder to solve every day.

It's something Joglar addresses frankly in a new song, "Adentro." The intimacy and vulnerability of the lyrics represents a different approach for an artist who once got banned from playing in his native San Juan after publicly insulting the governor of Puerto Rico. Joglar says he's always been thoughtful about his message. But over the years, he's gotten furious reactions from both leftists and conservatives across the continent, and he says he's been rethinking his strategy for delivering his message.

He seems to come closer to an answer toward the end of Multi_Viral: "Asi Son Las Ideas" is a cinematic tune that's danceable but intelligent, about the viral nature and the power of ideas. It's Calle 13 101. 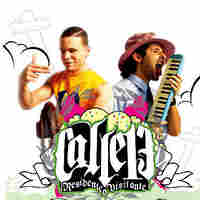 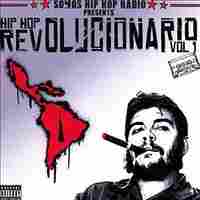 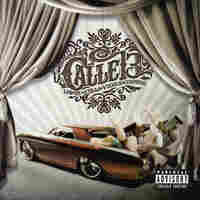 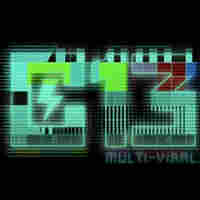