Accessibility links
Feds Hope $5 Billion Settlement A Lesson For Polluters The Justice Department wants the settlement with mining company Kerr-McGee to send a powerful message: corporations can't shirk their responsibility to clean up the toxic legacies of their operations. 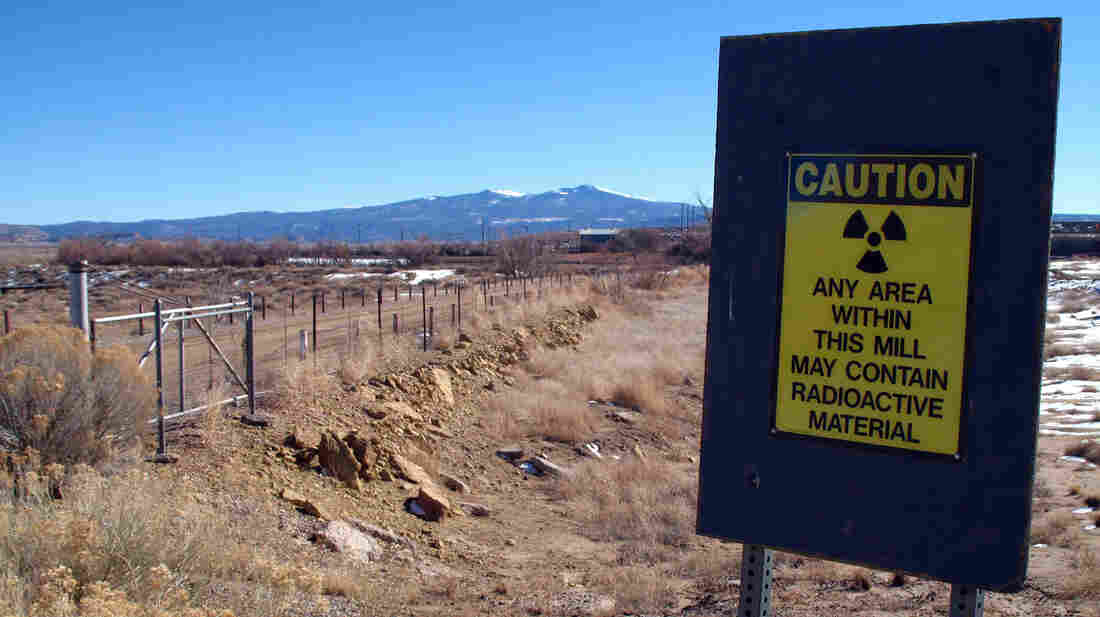 A sign at the old Kerr-McGee uranium mill site in Grants, N.M., warns of radioactive material. This week, the Justice Department announced a $5 billion settlement against the mining company to pay for the cleanup of toxic sites the company left across the U.S. over a period of more than eight decades. Susan Montoya Bryan/AP hide caption 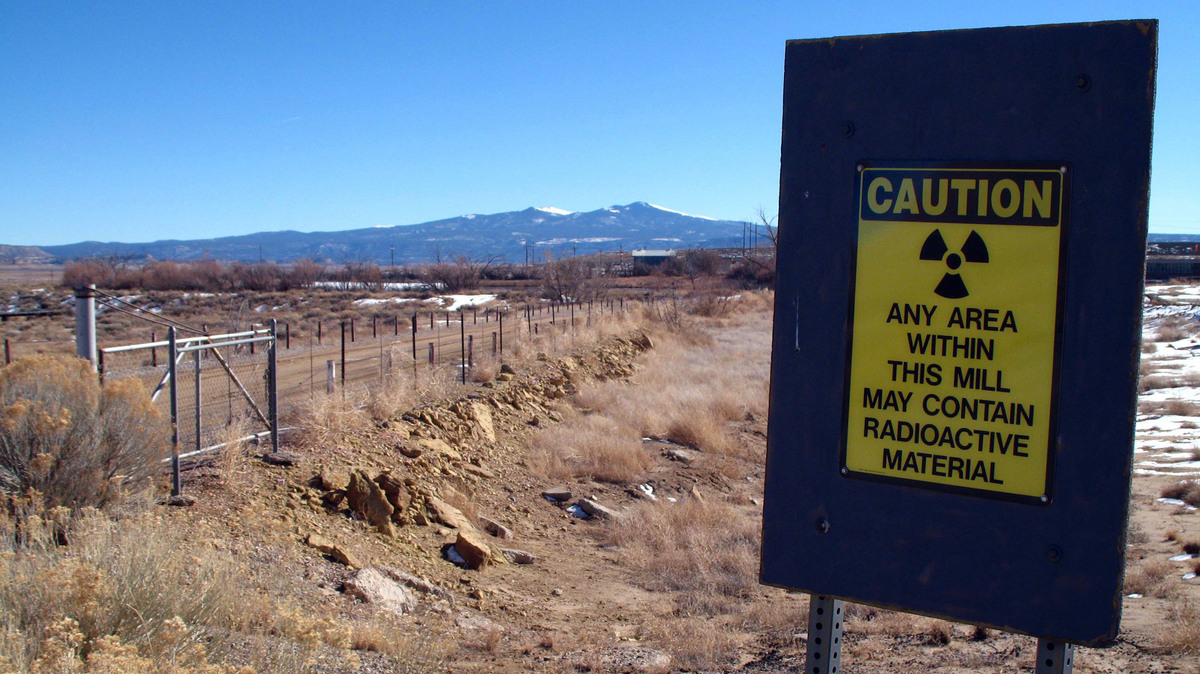 A sign at the old Kerr-McGee uranium mill site in Grants, N.M., warns of radioactive material. This week, the Justice Department announced a $5 billion settlement against the mining company to pay for the cleanup of toxic sites the company left across the U.S. over a period of more than eight decades.

This week, the federal government announced a record-breaking $5 billion settlement in a remarkable environmental case. The toxic legacy of the company involved, Kerr-McGee, stretches back 85 years and includes scores of sites across the country.

Kerr-McGee ran uranium mines in the Navajo Nation, wood-treating businesses across the Midwest and East Coast, and a perchlorate plant on a tributary of Lake Mead, the nation's largest reservoir — and it was messy.

The company contaminated Lake Mead with toxic perchlorate, a component of rocket fuel, and exposed people to radioactive wastes on both rural Indian reservations and in Chicago.

Kerr-McGee also left communities and the federal government to pay for cleanups. For decades the government tried to get the company to pay to clean up, but Cole says the company dodged its responsibility.

The company split off its profitable oil and gas business and sold it for $18 billion to Anadarko Petroleum Corporation. The rest of the company filed for bankruptcy.

"This plan was intended to isolate and shed these liabilities through a complicated, multi-step corporate reorganization," Cole says. "Had Kerr-McGee gotten away with its scheme it would have skirted its responsibility for cleaning up contaminated sites around the country."

Instead, a bankruptcy court found that the reorganization was fraudulent, and now Kerr-McGee's buyer, Anadarko, will pay the $5 billion tab to clean up Kerr-McGee's pollution and compensate people who were harmed by it.

Among those people were residents ofManville,N.J. U.S. Attorney Preet Bharara says their homes were built on the company's creosote waste.

"Those families didn't know that their homes were built on top of pools of toxic waste until 1996, when sludge literally began to bubble up into one resident's basement," Bharara says.

And in the Navajo Nation in Arizona, Kerr-McGee's uranium mines contaminated the water people drink, give their cattle and play in. The tribe even made a comic book to warn children about the danger of swimming in radioactive water.

The government says the benefit of settling instead of taking the company to court is that the money will be available as soon as the court OKs the settlement, instead of years in the future.

Anadarko declined to record an interview with NPR, but in a press release, the company said by settling it was eliminating the uncertainty the dispute created. The company's stock jumped up significantly after the news.

Business analysts say Anadarko is in good enough financial shape to pay $5 billion without crippling itself.

"You might put off the day of reckoning for years, as we've done here, but sooner or later those efforts are likely to be unsuccessful and you'll be on the hook for hundreds of millions, if not more," Latham says.