Accessibility links
Americans Are On The Move, But In The Wrong Direction People are having a harder time moving toward the places with the most economic opportunity. High cost of living is driving them to cheaper places, where job options are more limited. 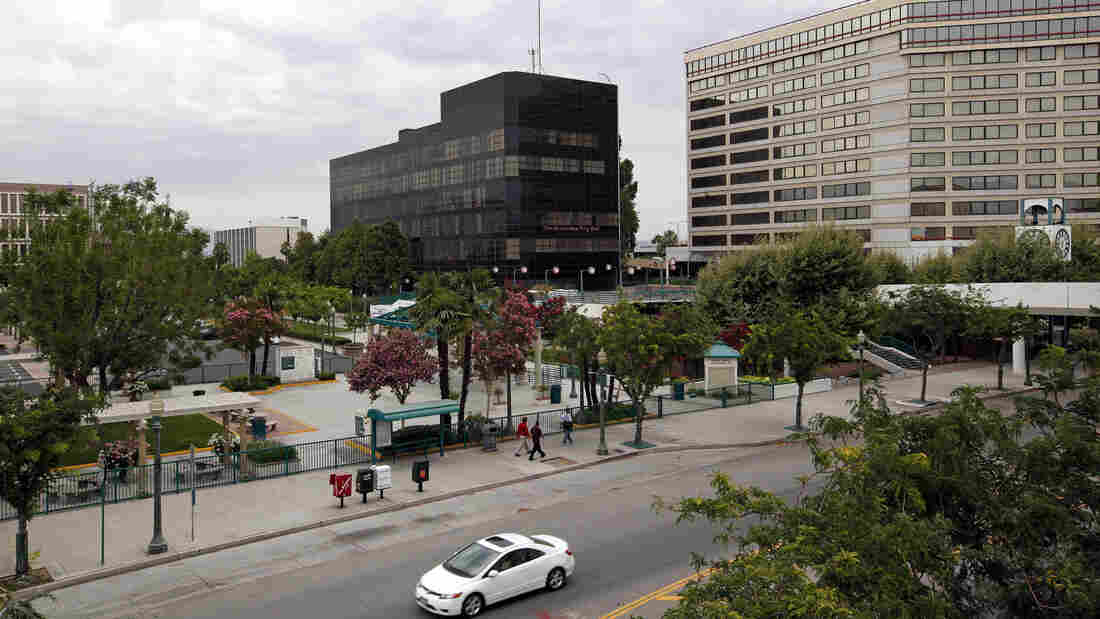 Moving to San Bernardino from Los Angeles may help with housing costs, but the area doesn't have much economic opportunity. Reed Saxon/AP hide caption 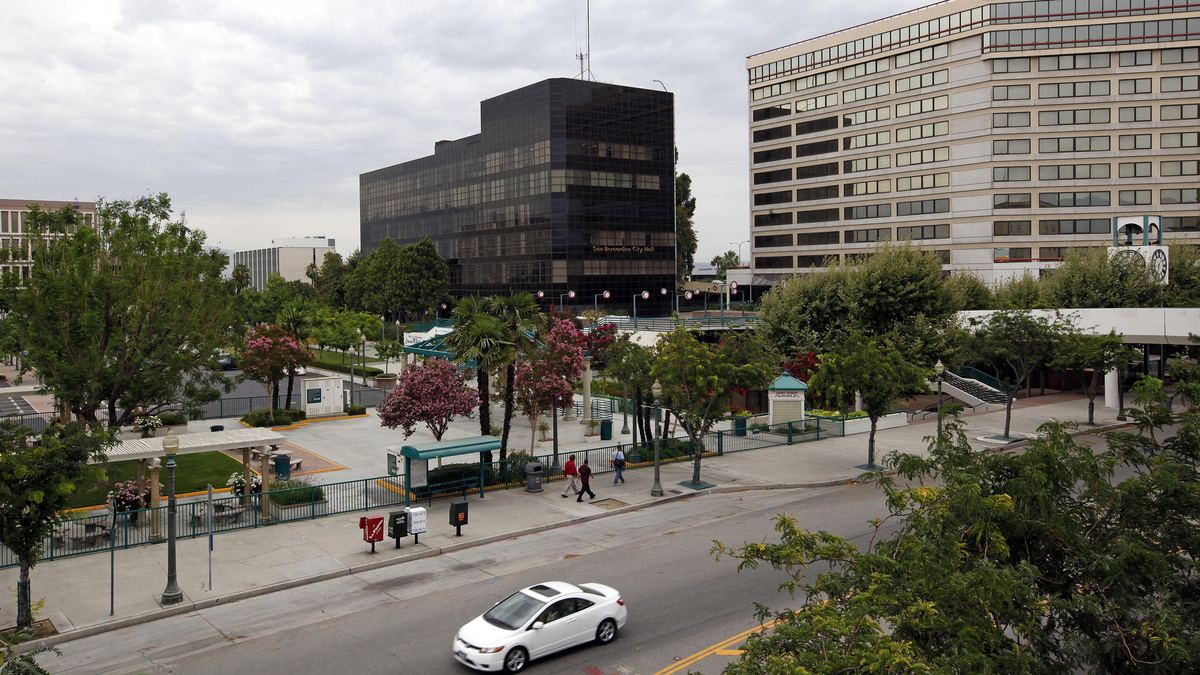 Moving to San Bernardino from Los Angeles may help with housing costs, but the area doesn't have much economic opportunity.

Jamika lives in a two-story apartment complex surrounded by a 10-foot-high security gate in San Bernardino, Calif. The yellow paint on the buildings' outside walls is peeling.

Jamika and her siblings had to leave the house her family was renting in South Central L.A. when the property went into foreclosure. With money so tight, Jamika moved to San Bernardino, along with three of her siblings.

All around the country, the cost of housing is driving people out of places with the most economic opportunity, like L.A. They, like Jamika, are leaving cities with better job markets in search of a cheaper place to live.

Jamika, who works in food service at a nearby hospital, says she probably won't go back to L.A.

In San Bernardino, she says, she can actually save some money. And she says there's no way she could do that in Los Angeles.

Cheap To Live, Tough To Work

Between 2007 and 2011, more people moved from Los Angeles County to San Bernardino County than between any other county-to-county pair in the nation.

The median home value in San Bernardino County is about $235,000, according to the real estate company Zillow. In L.A County, it's almost twice that. So it makes sense that people would move here to save money on housing.

In the city of San Bernardino, where Jamika lives, not much looks good besides the housing prices.

"San Bernardino is bankrupt," says City Council member Jim Mulvihill. "Because of that, we've cut back. We had 340 on our police force, now we're down to 240. And given all that, we've had a high crime rate."

Mulvihill, who used to teach urban studies at California State University, San Bernardino, says there are two kinds of people who move here from L.A. There are employed people who want a house but can't afford one in L.A., and then there are those who don't have jobs and just need a cheaper place to live.

For people who come to San Bernardino unemployed, Mulvihill says the options here are limited. Like so many American cities, San Bernardino used to be a place for middle-class jobs. A big steel plant employed tens of thousands of people until it closed in the 1980s. Norton Air Force Base, which was just 2 miles east of downtown San Bernardino, also closed in the early '90s.

Mulvihill says the jobs that are available are low-wage jobs — at the local casino or in food service. Warehouses for retailers like Amazon and food companies are also one of San Bernardino's biggest industries.

So even though people are saving money on housing in San Bernardino, they're making less money than they might in L.A., where there are more — and better-paying — jobs.

It's a national phenomenon, says writer Timothy Noah, whose most recent book, The Great Divergence, covers income inequality. People can't always afford to live where the work is, he says.

He says the example of L.A. and San Bernardino, in which people are living far away from the best jobs, shows how inequality is blocking opportunity.

"People need to be able to pick up and go to where the jobs are; jobs don't stay in one place forever," he says. "To the extent that isn't happening, the economy is going to stagnate. And guess what, our economy is stagnating right now."