Accessibility links
First Listen: The Afghan Whigs, 'Do To The Beast' The band's first album in 16 years still showcases the voice and vision of a solitary, brilliant man in a constant tug-of-war with evil, as he imagines it.

First Listen: The Afghan Whigs, 'Do To The Beast'

First Listen: The Afghan Whigs, 'Do To The Beast'

Do To The Beast 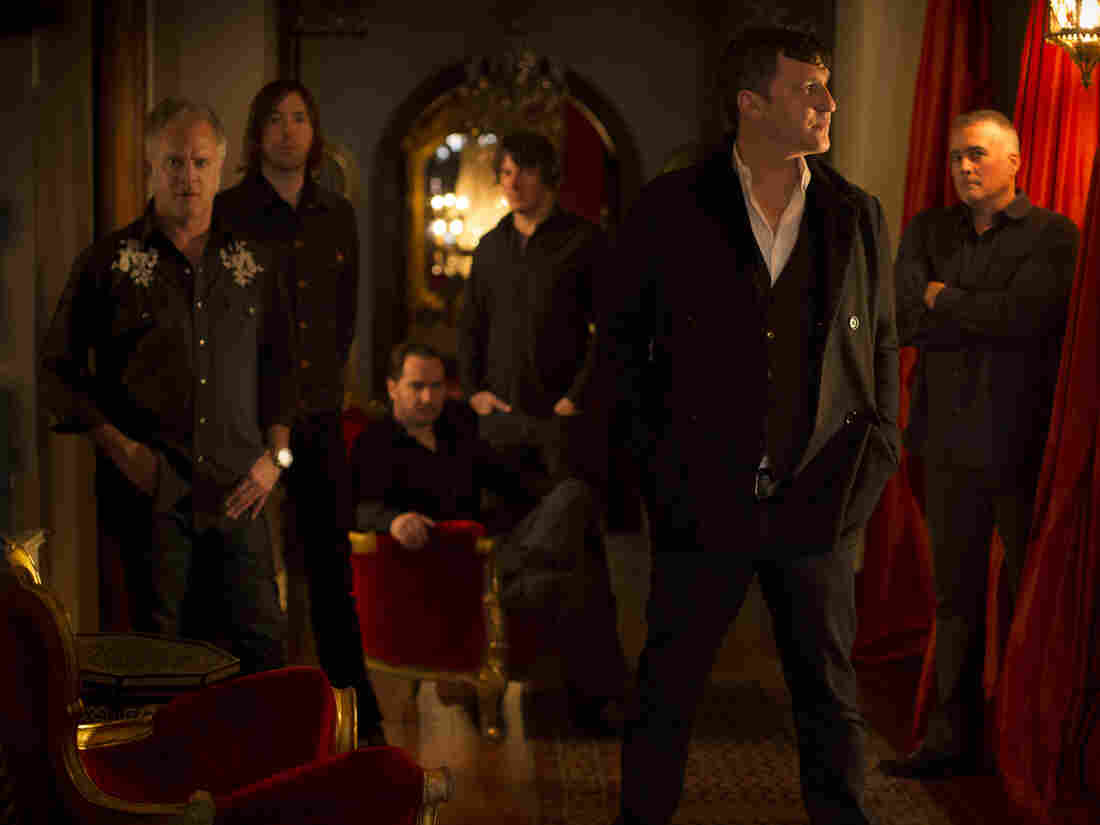 The Afghan Whigs' new album, Do to the Beast, comes out April 15. Piper Ferguson hide caption

A lover's obsessiveness may charm at first, but it can soon turn frightening. For an artist, the relentless pursuit of one object — a sound, a memory dragged up and reshaped, a fantasy that makes the long hours of work feel intimate — feeds creativity or freezes it. Greg Dulli has been chasing the same seductive nightmare since he was 22, when his band The Afghan Whigs formed. Next year, he'll turn 50. He's spent a long time, in his mind, sitting in a darkened car in front of the same house.

Maybe that's why the first Afghan Whigs album in 16 years starts with such a door slam. "Parked Outside" features a solid-steel riff powered by four guitarists, with Dulli's old friend Clay Tarver (of Chavez) adding a lead that's like a key scratching through urethane. Any Afghan Whigs fan will be impressed by how the song refreshes Dulli's big theme: sex that's inseparable from need and greed and hate. "Allow me to illustrate how the hand becomes the fuse," Dulli screams. And that scream, like all of Dulli's vocalizing since he quit smoking several years back, is freer and more musical than the ones that made The Afghan Whigs' music so cathartic in the '90s. This is a sophisticated crash.

If "Parked Outside" serves to justify calling Do to the Beast an Afghan Whigs record, what unfolds afterward makes clear that for Dulli, the name is a frame more than a solid unit. Stalwart Whigs fans have already noted that because original guitarist Rick McCollum didn't play on this album, it isn't strictly a return; that's true in the conventional sense. The absence of McCollum's playing, based in harmonically driven guitar riffs and the use of pedals to induce sonic chemical burns, separates Do to the Beast from the band's other six albums. In its glory, Afghan Whigs was a band of players locked in with each other. The anchoring presence of founding bassist John Curley, Dulli's best pretentiousness detector, doesn't make McCollum's absence less notable.

But Afghan Whigs has also always been an idea, or really a vehicle for Dulli's ideas about what rock, specifically, can say (and make listeners feel) about love, sex and loneliness. He's both expanded upon and sometimes abandoned those ideas on his other main project, the loose conglomeration The Twilight Singers, which has always had a more down-tempo, electronic bent and a cinematic sense of space. (Dulli has used the phrase "shot on location" to credit the studios where he records for years.) He used the Twilight Singers approach to make Do to the Beast a big, de-centered thing — writing the music first to make sure it was a multilayered enough to let his stories breathe; inviting many guests, from Usher's musical director Johnny "Natural" Najera to Emeralds auteur Mark McGuire and longtime pals like Joseph Arthur and Queens of the Stone Age's Alain Johannes and Dave Catching — to augment the Whigs core, which was already expanded to a five-piece. (Drummer Cully Symington deserves special notice for finesse and whomp.) But its core depictions of erotic dread and reckoning are what The Afghan Whigs' records have always been about.

Running with the album's cinematic feel, Do to the Beast is in many ways Dulli's True Detective. It conjures the 1990s in flashbacks, but its voices belong to men who've outlived the youth they had then. Dulli uses murder metaphors in "Matamoros" and "The Lottery," and the supernatural enters into "Lost in the Woods" and "Royal Cream." The real reason Do to the Beast resembles this year's television preoccupation is that it gives us the voice and vision of a solitary, brilliant man in a constant tug-of-war with evil, as he imagines it — and as it still runs, though quieter now, in his veins. "My only cover was a con," Dulli moans in the dusty ballad "I Am Fire." He's not undercover anymore.