Accessibility links
LBJ Legacy: Vietnam War Often Overshadows Civil Rights Feat Lyndon Johnson's presidential record has long been overshadowed by the failed war in Vietnam. But the 50th anniversary of the 1964 Civil Rights Act is leading to a reassessment of his accomplishments. 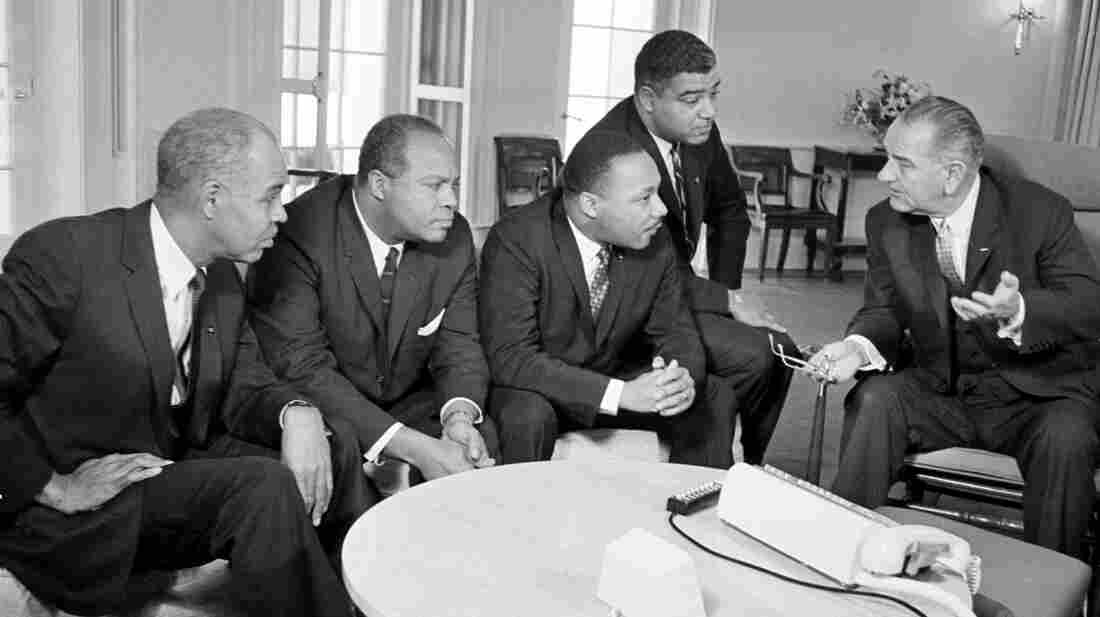 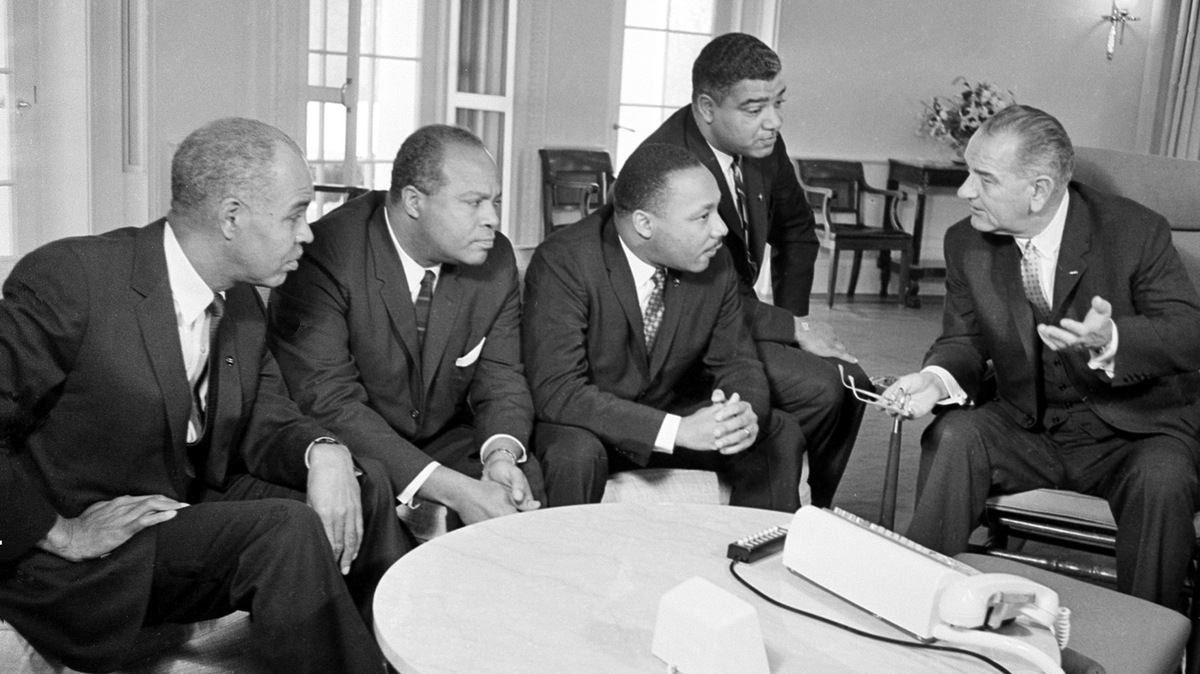 When President Lyndon Johnson signed the 1964 Civil Rights Act 50 years ago this summer, it was a huge legislative achievement. But in terms of LBJ's legacy, this landmark legislation is overshadowed by his escalation of a failed war in Vietnam.

Now, there's an effort underway to reassess the 36th President of the United States and to put some of the focus back on an issue that improved the lives of millions of Americans.

For many, the lasting image of Lyndon Johnson is that of a man consumed by the failure of Vietnam, the political damage bringing an end to his presidency.

"I shall not seek and I will not accept the nomination of my party for another term as your president," Johnson announced.

It was a dark moment for LBJ and one that persists in defining him.

Mark Updegrove is the director of the LBJ Presidential Library in Austin, Texas, which is holding an event this week focusing solely on the issue of Civil Rights.

"I think it takes a long time to get perspective on our presidents and it's been so true of Lyndon Johnson that it's taken us far longer to get perspective on what he accomplished because Vietnam was so divisive. But we also want people to see what he did legislatively and how it transformed this country," Updegrove said.

President Johnson's work on civil rights began in the days immediately following the assassination of President Kennedy, who himself had been struggling to win congressional support for such legislation. Five days after JFK's death, Johnson addressed a joint session of the Congress.

"First, no memorial oration or eulogy could more eloquently honor President Kennedy's memory than the earliest possible passage of the civil rights bill for which he fought so long," he said.

LBJ: "I want to tell you how grateful I am, and how worthy I'm going to try to be of all your hopes."

MLK: "Well, thank you very much. I'm so happy to hear that, and I knew that you had just that great spirit, and you know you have our support and backing..."

MLK: "--because we know what a difficult period this is."

But the reality was that Johnson still very much had to prove himself to King and other civil rights activists, including Julian Bond, who decades later would head the NAACP.

He is attending the conference at the LBJ Library this week. He recalled their suspicion toward the new president.

"I was working for the Student Nonviolent Coordinating Committee and we immediately called people in Texas and said, 'Who is this guy? What is is about?' And they said, 'Well, he's a tool of the oil interests' and we said, 'Oh my god, this is terrible,'" Bond says.

But he says Johnson turned out to be a powerful ally. Historian Michael Beschloss says LBJ was also being urged by many of his own advisors to take it slow.

"And they said, 'Why don't you just defer civil rights until 1965 after you're safely re-elected?' And Johnson — to his great credit — said, "What the hell is the presidency for if I can't use it for civil rights?'" Beschloss says.

What followed the passage of the Civil Rights Act in subsequent years were more successes: the Voting Rights Act, Fair Housing legislation, Medicare, Head Start, and more. But through all of this there was also Vietnam.

"In retrospect, it's very hard to justify many of the decisions he made to escalate and to try to win the Vietnam war," says Beschloss.

But Beschloss says it's fair to ask for a broader, more complete view of LBJ.

"It's absolute fact that Lyndon Johnson was the most important civil rights president — with the exception of Lincoln. Had he not been as courageous and skillful as he was, all of us would be living in a very different country," he says.

Beschloss notes that even his own party deserted Johnson. For years, his name was rarely even mentioned at Democratic National Conventions. But this week, Democrats Jimmy Carter, Bill Clinton and President Obama are all speaking at the LBJ Library Civil Rights Summit — as is Republican George W. Bush.