Accessibility links
Songwriters Behind 'Frozen' Let Go Of The Princess Mythology Robert Lopez and Kristen Anderson-Lopez tell Terry Gross about the inspiration for "Let It Go" and a "very strong strike across the bow at all princess-myth things" song that didn't make the film. 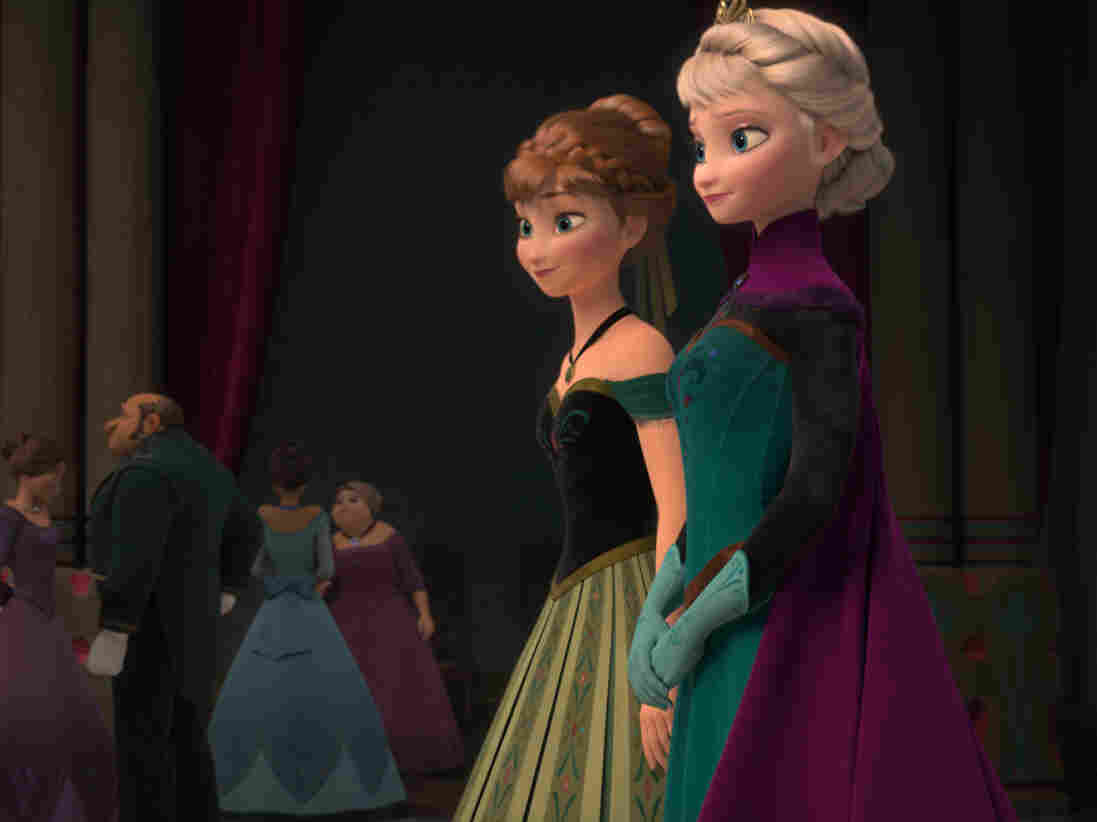 Frozen is the tale of sisters Anna and Elsa, whose relationship is captured in music by songwriters Robert Lopez and Kristen Anderson-Lopez. Courtesy of Walt Disney Pictures hide caption 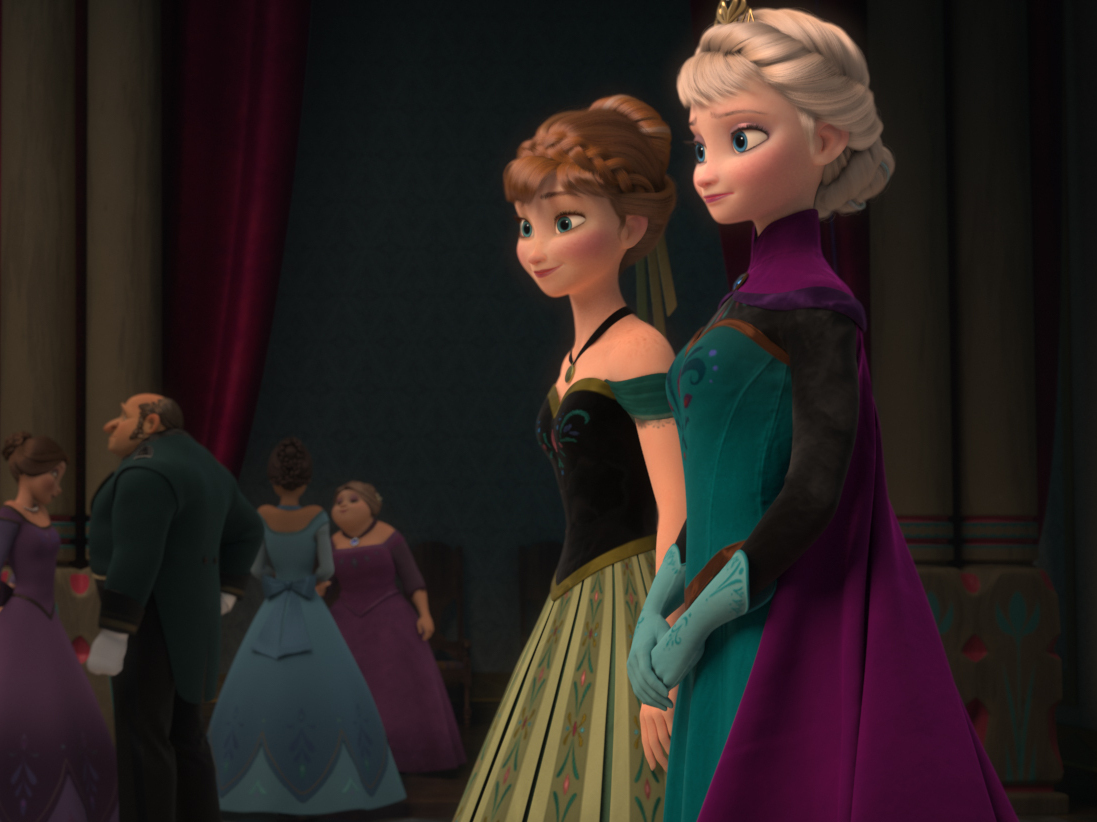 Frozen is the tale of sisters Anna and Elsa, whose relationship is captured in music by songwriters Robert Lopez and Kristen Anderson-Lopez.

If you have young children, you may know by heart the songs from the Disney animated musical Frozen, including its massively ubiquitous "Let It Go." The songwriting team behind the Oscar-winning hit is Robert Lopez and Kristen Anderson-Lopez, a married couple with two children who each sing on the soundtrack.

Robert Lopez co-wrote the satirical Broadway musicals Avenue Q and The Book of Mormon, which is now touring. He is now an EGOT, the acronym for the select few who have won an Emmy, a Grammy, an Oscar and a Tony. Together, the two also wrote the songs for the 2011 Disney animated musical Winnie the Pooh. They tell Fresh Air's Terry Gross about the inspiration for the songs from Frozen, including "Let It Go" and a "very strong strike across the bow at all princess-myth things" song that didn't make the film.

On writing 'Let It Go' 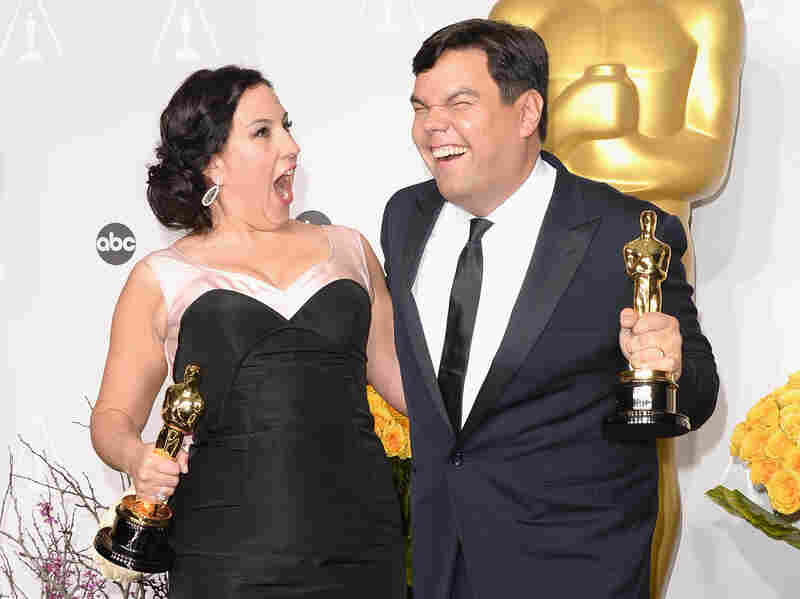 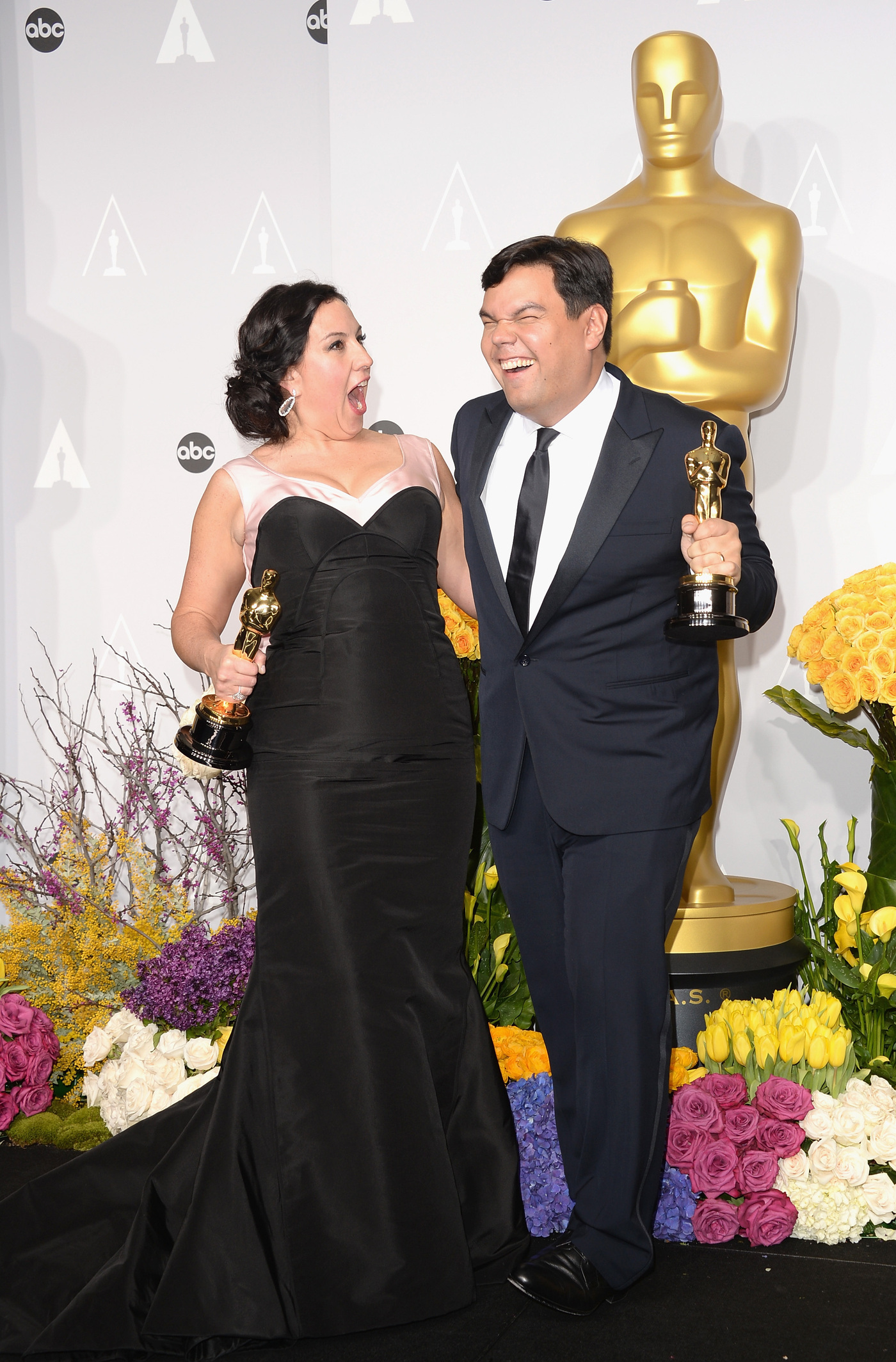 Robert Lopez: When this song came to us, we were on a little stroll through Prospect Park in Brooklyn near our house, and we both started to improv what Elsa might be feeling. So we stood up on picnic tables.

Kristen Anderson-Lopez: We got very emo. We decided we didn't want this song to be a traditional Disney princess song, so we were listening to singer-songwriters like Aimee Mann and Tori Amos and Sara Bareilles, and we just wanted to approach this song in a different way. Actually, it was Bobby who kept saying, "I feel like if I were a high-school student, that this would be that moment that you had worked and you had studied and you hadn't gone out and then you just failed a test miserably, and what would that feel like?" And he came up with the line. All of the lines that sound like a drag queen are the lines Bobby wrote. ... I did more of the feminist [lines].

Sometimes you write something for a character and you think you're just writing for a character, but when you have to musicalize it or turn it into lyrics, little things from your own gut start to ooze in there. I joked, I was like, "I think with 'Let It Go,' Bobby and I had feelings we needed to express." Because I imagine, who doesn't have some fear or shame in their life?

On wanting to write a different kind of princess movie

Kristen Anderson-Lopez: If you have the deluxe CD, you will see my very strong strike across the bow at all princess-myth things in the form of a song called "We Know Better," which was a song that was cut. But it basically was these two princesses bonding over all of the things that the world expects and thinks of them. [The world thinks] that they're perfect and sweet and sugar and spice and all things nice, and it was the two of them misbehaving and being fully well-rounded children with all the good and bad and imagination and mischief that I really feel that it's important for our girls to be allowed to be.

It got cut, but you can tell the whole movie is full of this point of view — as much as [screenwriter and co-director] Jennifer Lee and I could put in it, because we're both Park Slope moms, we both went through the '90s, we took the women's-studies courses, and I knew I wouldn't be able to push my kids on the swing at the playground if I had written a movie where the girl wore the puffy dress and was saved not by anything active she did, but by being beautiful enough to be kissed by a prince.