Accessibility links
Stephen Colbert: The End Of One Joke, The Start Of Many More Eric Deggans looks at the move by Stephen Colbert from the show he does in character on Comedy Central to CBS late night. 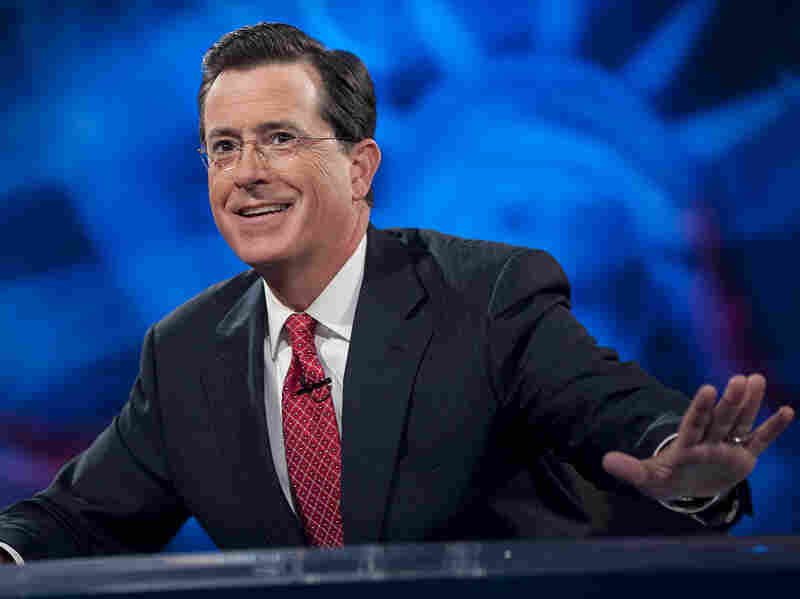 Stephen Colbert has made a name for himself, literally, as the host of his own show. Now, he will succeed David Letterman as the host of The Late Show. Scott Gries/Picturegroup hide caption 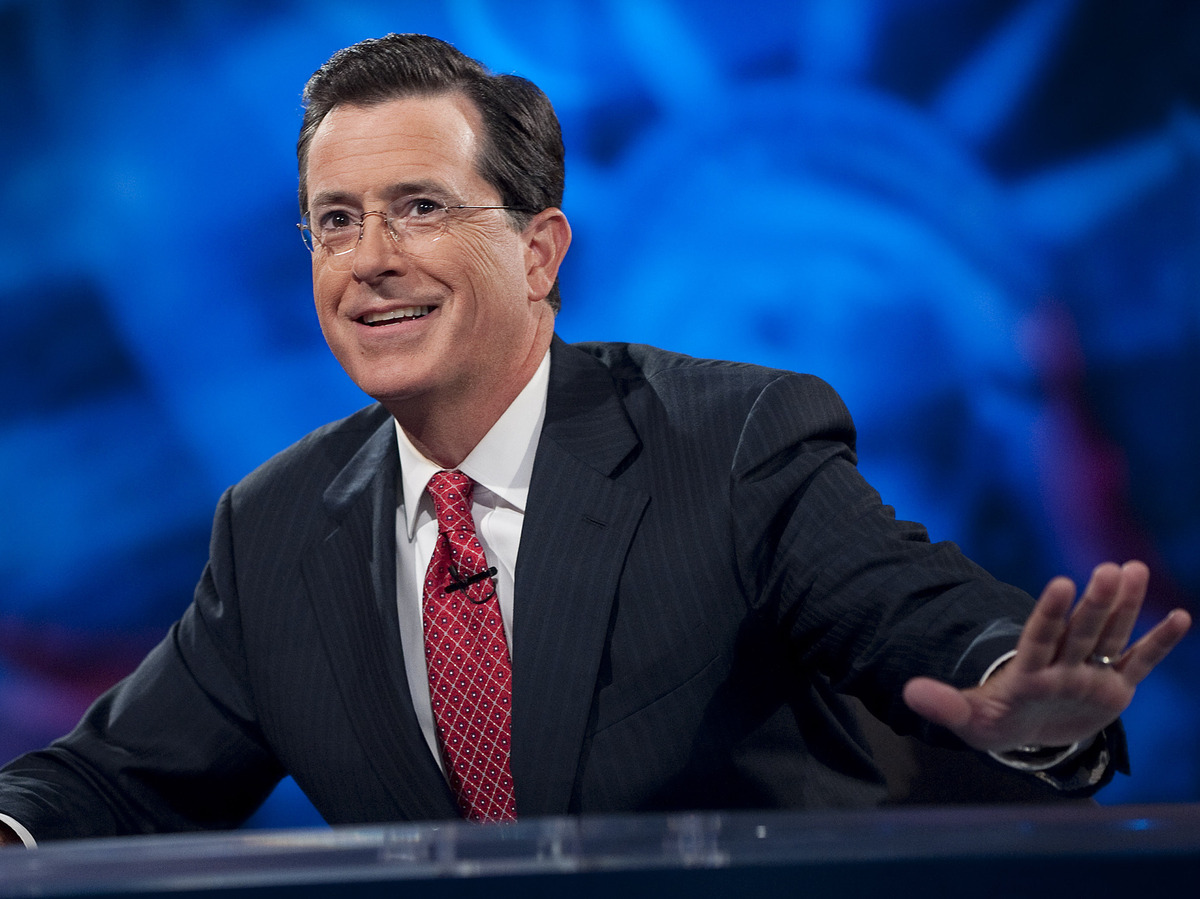 Stephen Colbert has made a name for himself, literally, as the host of his own show. Now, he will succeed David Letterman as the host of The Late Show.

That's because Colbert, who has won all kinds of acclaim playing fictional right-wing cable TV news host "Stephen Colbert" on The Colbert Report, will now play a new character when he takes over Letterman's Late Show:

New York Times reporter Bill Carter tweeted a quote from Colbert confirming that: "I won't be doing the new show in character, so we'll all get to find out how much of him was me. I'm looking forward to it."

"He's done an amazing job with just that very narrow cast of character, but he's got a lot more he can show," Stewart said at an after party for Nicolas Cage's new movie, Joe. "He's got some skill sets that are really applicable, interviewing-wise, but also he's a really, really good actor and also an excellent improvisational comedian. He's also got great writing skills. He's got a lot of the different capacities. Being able to expand upon [those] would be exciting."

Letterman's reaction, in a statement released by his Worldwide Pants production company, was predictably brief and droll: "Stephen has always been a real friend to me. I'm very excited for him, and I'm flattered that CBS chose him. I also happen to know they wanted another guy with glasses."

Media writers have speculated for days on who could take Letterman's mantle. The best successor had to be established enough to hold onto longtime Letterman fans but forward-thinking enough to compete with the two Jimmys — Fallon and Kimmel — for younger viewers prized by advertisers.

Colbert's name jumped to the top of the list following news reports that the Comedy Central star had structured his own contracts to sync up with Letterman's deals. As a host already popular with the cable channel's younger audience and backed by a long history of attention-getting stunts, he is indeed a perfect choice.

In 2006, Colbert stunned attendees with a searing satire of George W. Bush at the White House Correspondents Dinner; six years and one president later, he formed his own superPAC during the 2012 election campaign. He's also sung onstage with Neil Patrick Harris in a revival of Stephen Sondheim's Company, written books and released his own Christmas album in character.

Those who hoped CBS might change the late-night landscape by picking a woman or person of color to succeed Letterman may be the most disappointed. Names like Aisha Tyler, Tina Fey and Jane Lynch were always unrealistic, if interesting, possibilities for the job.

But CBS may have another chance to elevate an unorthodox host, depending on the reaction of Craig Ferguson, host of the program airing after Letterman, The Late Late Show. Reportedly, Ferguson had language in his contracts enacting a penalty if CBS didn't give him the job or at least the right to turn it down; if Ferguson winds up leaving the network, 12:35 a.m. would again be an open time slot.

Regardless, one of TV's most agile comedy minds has now been handed the keys to CBS's late-night comedy store. Fans who worry he might be tamed by the conventions of the network should remember one thing: This is a guy who turned a parody of Bill O'Reilly into one of television's most surprising and impactful shows.

I can't wait to see how he reinvents CBS late night next year.