Accessibility links
Without Giving Too Much Away, Here's What We Can Say About 'Mad Men' The AMC period drama returns Sunday, with the usual shroud of secrecy that makes it difficult — but not impossible — to review. Fresh Air critic David Bianculli does his best.

This review discusses the plotline of Mad Men, up through the end of Season 6. 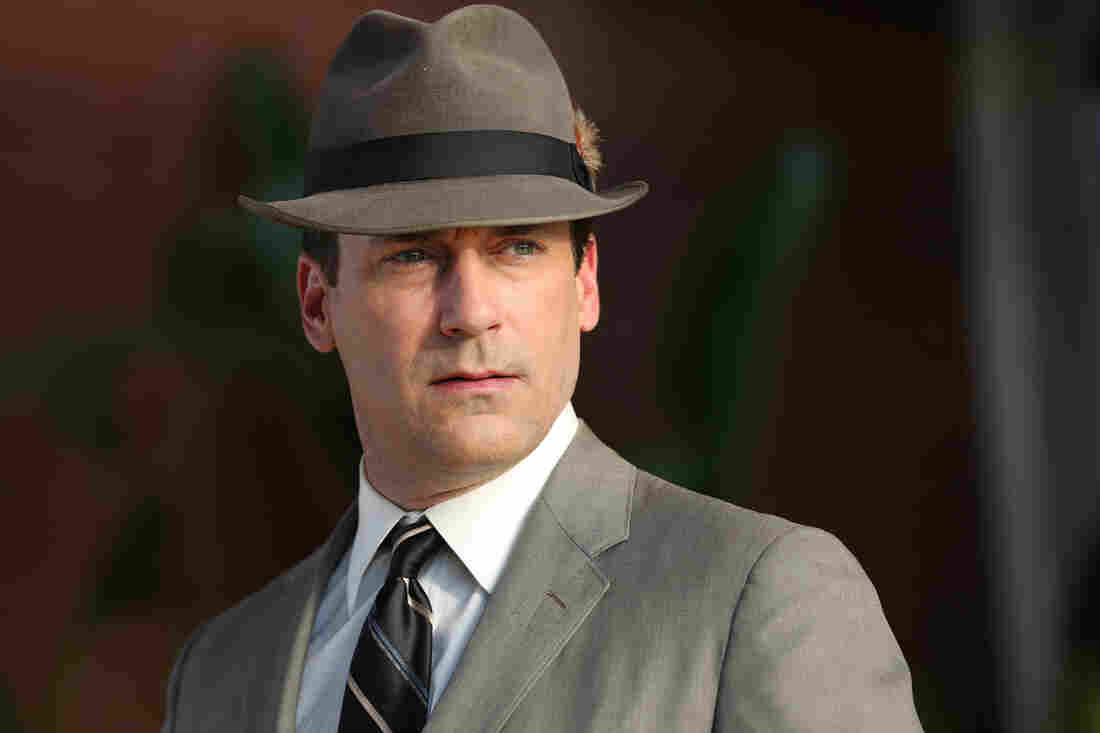 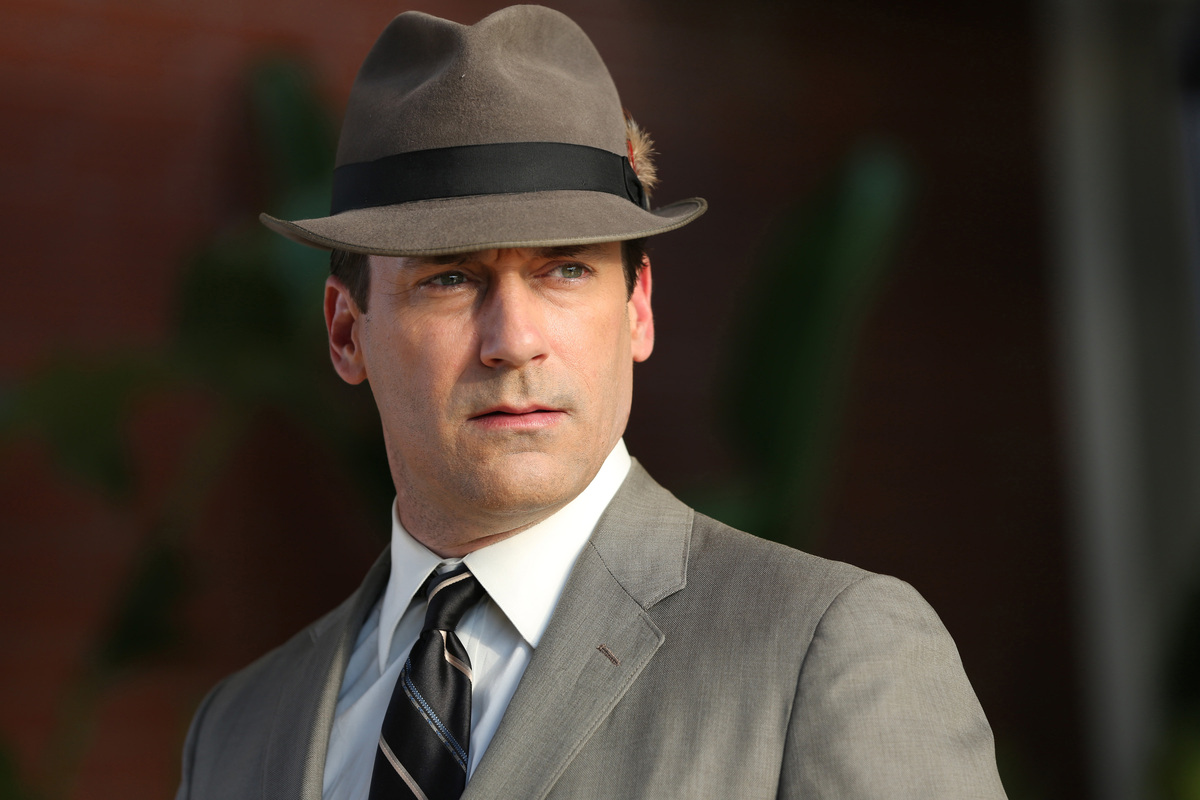 Matthew Weiner's Mad Men begins its seventh season Sunday on AMC. Every season, as this outstanding period drama has made its way through the 1960s, Weiner has been increasingly insistent about the things he doesn't want critics to reveal in advance. This year, that confidentiality wish list is almost laughably long, and includes not only the year in which the story resumes, but also specifics about certain relationships — both professional and personal.

But there's something to say here, while still honoring the spirit of Weiner's request. This is the final season of Mad Men, and AMC is spreading it out over two seven-episode chunks — one now, the other in 2015. So one way or another, we are looking at the final chapters of Mad Men -- and what Sunday's season opener does is set the stage for a lengthy, long-awaited climax.

When we last saw Jon Hamm as Madison Avenue advertising genius Don Draper, Draper had stripped off the façade he had worn as protection throughout the series. He confessed to his true past, as a boy raised in a whorehouse — not only to his children, but also to his colleagues at work, during a pitch to an advertising client. Immediately, he lost his chance to move to the West Coast office his firm was opening — and there were bound to be other consequences. This final season, it appears, will be all about those consequences.

Don always has been resourceful, and resilient, and those traits are in full display in the Season 7 opener. His confession last season has altered him; in his behavior as well as his demeanor, he's a noticeably changed man. You can tell that even from one of the few scenes from Mad Men that reveals no secrets about where the series is going — just that Don is going somewhere, on a plane.

Earlier in the show, we had a tracking shot of him at the airport, standing still but being propelled by a moving sidewalk, just like Dustin Hoffman in The Graduate -- a film image so iconic, it must be an intentional echo. On the return trip, Don boards the plane, in what is now a laughably glamorous depiction of air travel. Overhead luggage racks are all but empty, alcoholic drinks are free and plentiful, the stewardesses are helpful and beautiful — and so is the passenger Don finds seated next to him on the flight. She's played by Neve Campbell from Party of Five, and she's as sexy as everything else on the plane. But this time, even as she nestles closer to him in the darkness of a red-eye flight, Don the salesman may, or may not, be buying.

It's a secret, until Sunday's telecast, how much time has elapsed in the lives of the Mad Men characters since the end of the previous episode, which was set around Thanksgiving 1968. But it won't take long for viewers to figure it out. Just listen to the music on the soundtrack, or watch the TVs in the background, or pinpoint the year of the TV pilot for which Don's wife, Megan, played by Jessica Paré, is auditioning. Maybe only TV critics will hear that show's title and be able to "Name That Year" — but for other Mad Men viewers, just seeing what Megan wears, and how evocatively she wears it, is an even better clue.

Because these are, in essence, the closing chapters of a TV novel, don't expect every character to show up in every chapter. A few old favorites are missing in the opener, just as a few new ones are introduced. But this first Season 7 episode isn't all just setup. It's well-written, and beautifully framed, and we see some characters who have evolved considerably already, and are on clear paths to change even more, along with the times themselves. For others, it's the end of an era — the start of a new age that is destined to leave them behind.

From the very start, that is what Mad Men has been all about — and in this final season, we'll finally get to see who survives the transition from those turbulent times, and who doesn't. That's all I know for now ... but even if I knew more, I don't think I could say.

After all, that would be telling ...