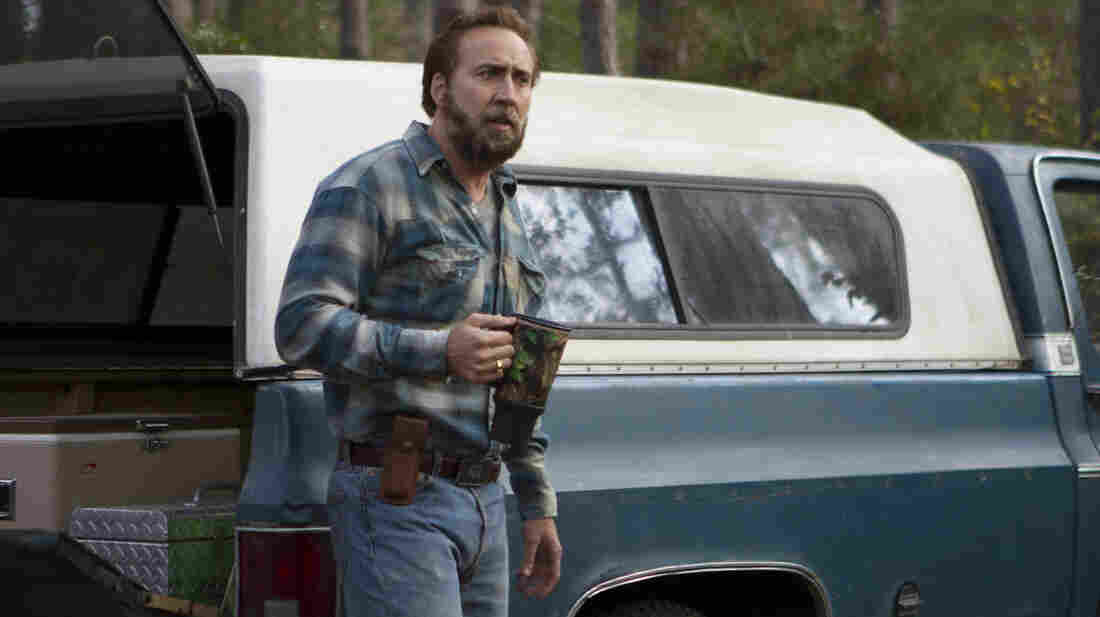 In Joe, a reclusive ex-con (Nicolas Cage) who runs a crooked lumber business is still one of the nicest people in town. Linda Kallerus/Courtesy of Roadside Attractions hide caption

A small budget doesn't mean a film can't have big-name stars or high production values. Witness the rural Southern drama Joe, which brings Nicolas Cage back to indie films, and Jim Jarmusch's Only Lovers Left Alive, which turns the city of Detroit into an otherworldly landscape. Their low-budget aesthetic also allows these films to turn Hollywood conventions inside out.

The title character in Joe poisons trees for a living. It's a lumber company scam: They're allowed to cut down dying trees but not thriving ones, so Joe and his crew wield axes fitted with nozzles that turn living forests into dead zones.

This would, in most movies, make Joe a bad guy. But while he's played by Nicolas Cage as a hard-drinking ex-con with a short fuse, in his aggression-plagued stretch of rural Texas, he counts as a model citizen: good to local hookers, to his attack dog, to his workers and to a new kid in town, Gary.

Gary (a terrific Tye Sheridan) comes to Joe asking for work for him and his dad. Joe's persuaded, and the kid turns out to be as hard a worker as he claims. His dad, though, is a drunk who beats his son and steals from him, and has all the moral compass of a copperhead. Joe, who's only managed to stay out of prison by tamping down his anger, starts to care what happens to the boy, and a grim, Southern Gothic fatalism takes over.

Director David Gordon Green, whose stoner-comedy Pineapple Express clicked in a big way with mainstream audiences, has made Joe in a manner calculated to re-establish his indie cred. He even recruited a homeless guy he found in a bus station, Gary Poulter, to play the abusive dad. Shortly after filming wrapped up, Poulter died during a night of heavy drinking, never knowing his scenes with Cage and Sheridan would become the beating heart of a film about a rescue. For Nicolas Cage, whose dumb, rant-for-hire projects have lately been making audiences forget how good he can be, Joe is more than a rescue — it's a rebirth. 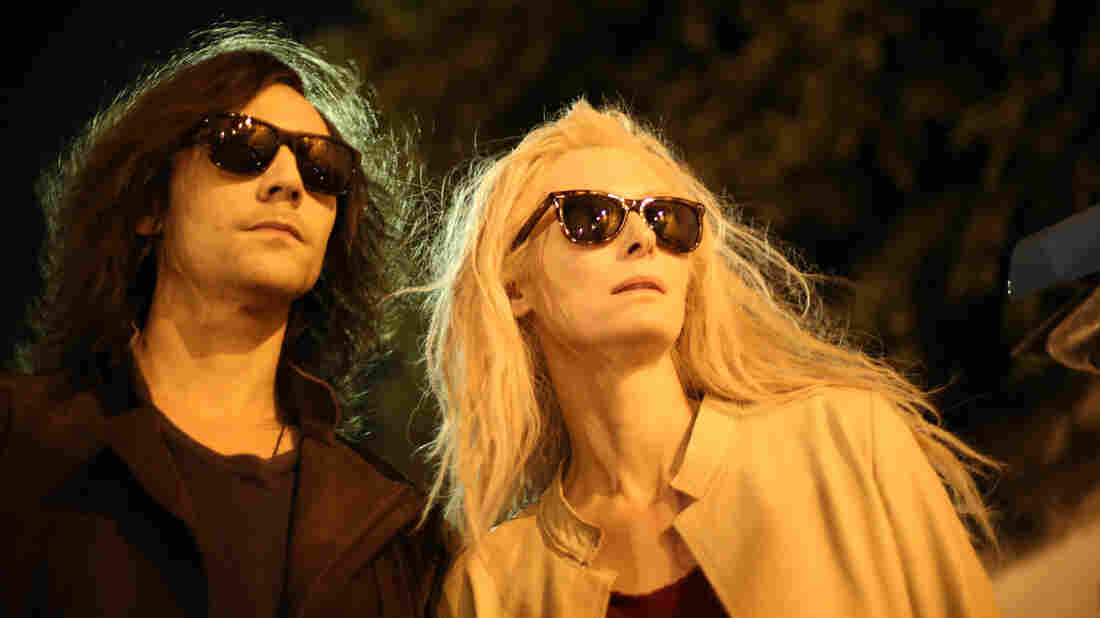 By comparison, I suppose Only Lovers Left Alive qualifies as an undeath — a vampire flick as only Jim Jarmusch would ever conceive it, languidly poetic, world-weary and crammed with hipster in-jokes.

It centers on Adam, a young-looking but ancient musician who lives in a crumbling Detroit mansion. He's surrounded by stacks of 45s and vintage guitars brought to him by fanboy Anton Yelchin, his only regular visitor, who wonders why Adam doesn't crave attention.

Played by Tom Hiddleston (whom fans of The Avengers know as Loki), Adam yearns for his Eve, who lives halfway around the globe in Tangier and is played by a delicate, downright translucent Tilda Swinton. Eve, sensing that her hubby is sulking more than usual, plans a visit (night flights only). And in a room lined with portraits of long-gone buddies — from Buster Keaton to Lord Byron — they lament the mess we humans have increasingly been making of the world: contaminated blood, contaminated water ...

What's really on their mind, and pretty clearly on Jarmusch's in this gorgeously shot mood piece of a movie, is the way recent generations have contaminated art and literature, music and philosophy. Why so down on the "now"? Well, picture a boomer trying to explain The Beatles to a millennial, then imagine that the gulf between them isn't decades, but centuries. How could Jarmusch's Adam and Eve not be swooningly, rapturously in love? They're the only ones who get each other's references anymore — the Only Lovers Left Alive.