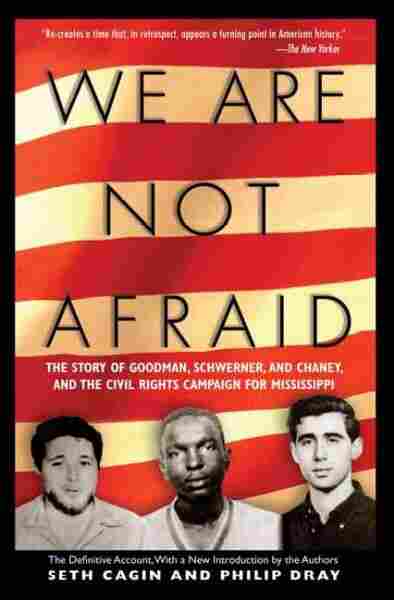 We Are Not Afraid

The Story of Goodman, Schwerner, And Chaney, And the Civil Rights Campaign for Mississippi

by Seth Cagin and Philip Dray

Title
We Are Not Afraid
Subtitle
The Story of Goodman, Schwerner, And Chaney, And the Civil Rights Campaign for Mississippi
Author
Seth Cagin and Philip Dray

The 50th anniversary of the passage of the 1964 Civil Rights Act is almost upon us, but the celebrations began this week at the Johnson presidential library. A speech by President Obama referenced "doors of opportunity" swung open by the passage of this piece of landmark legislation. But for those of us who remember when the doors were tightly shut, other images come to mind. No, it's not the soft, grainy black-and-white images of well-dressed men and women marching nobly to end the evils of segregation. What we see is churches on fire, smoke and violence.

Not 48 hours after the Civil Rights Act passed the Senate in June 1964, civil rights workers Andrew Goodman, Michael Schwerner and James Chaney were reported missing in Neshoba County, Miss., as they worked to register black voters. We Are Not Afraid: The Story of Goodman, Schwerner, and Chaney and the Civil Rights Campaign for Mississippi by Seth Cagin and Philip Dray tells the story of the disappearance and murder of the these three civil rights workers as well as the 1964 Freedom Summer campaign they were a part of. It's a book that reminds everyone who reads it that the passage of the Civil Rights Act was only a beginning.

The story is told with detail. You feel the summer heat rising from the pavement. You see the three civil rights workers drive down the Mississippi road where they meet their fate. You watch, horrified, as Goodman, Schwerner and Chaney are stopped by "a 1957 Chevy sedan, white with blue trim, with an oversized radio antenna mounted on the roof and a red light on the dashboard." You keep reading even though you know how the story ends.

The Civil Rights Act of 1964 transformed America. But We Are Not Afraid reminds us that it took more than the stroke of a pen to get to the change we know today. 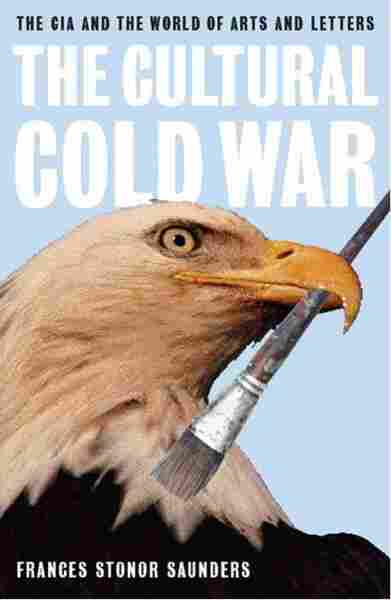 The CIA and the World of Arts and Letters

W. Ralph Eubanks is the editor of the Virginia Quarterly Review.

The narrative of U.S.-Cuba relations wouldn't be the same without the bizarre subplots of failed attempts to topple the Castro regime: poisoned cigars, an infected scuba-diving suit, a beard-dissolving chemical, even a plan to slip Fidel Castro drugs during a radio broadcast to make him sound like a fool. So a project designed to incite a Cuban Spring in 140 characters or less, via mobile phones in a country with barely any technological capacity — this, as Sen. Patrick Leahy nailed it earlier this week, was a "cockamamie idea" at best. But as U.S.-Cuba relations go, it was right on cue.

ZunZuneo, the Cuban Twitter-like project launched and folded by USAID between 2010 and 2012, has been mocked as a throwback to the Cold War. But the offhand comparison reminds us of that larger narrative of the lengths to which U.S. agencies have gone to destabilize communist regimes through popular media.

In the 1950s, as the Cold War intensified, poetry was a secret weapon, as were paintings, sculpture, essays and other art forms produced by many great American artists and intellectuals, all supported, in one way or another — and in most cases unbeknownst to the messengers themselves — by the CIA with the goal of loosening what Frances Saunders calls the "grim headlocks placed on culture in the Soviet Union and its satellite states." These highbrow dirty wars are meticulously and thrillingly chronicled in Saunders' The Cultural Cold War: The CIA and The World of Arts and Letters.

In 1950 the CIA created the Congress for Cultural Freedom, whose mission was to use the arts to "nudge the intelligentsia of Western Europe away from its lingering fascination with Marxism and Communism towards a view more accommodating of 'the American way.' " It did so through the covert funding of literary magazines — including, most notably, Encounter, founded by Stephen Spender and Irving Kristol and which John Berryman described in 1963 as "the most consistently interesting magazine now being published."

The Congress for Cultural Freedom also used various foundations to act as fronts in funding exhibitions, international conferences, public performances and grants for artists. The roll call of beneficiaries — unwitting, to various degrees — included Mary McCarthy, Leonard Bernstein and Arthur Schlesinger. Over the years, Saunders writes, this surreptitious support system pervaded the production of a good deal of high culture, so that "[w]hether they liked it or not, whether they knew it or not, scores of Western intellectuals were now roped to the CIA by an 'umbilical cord of gold.' "

Saunders' book is as funny as it is jaw-dropping in the skullduggery it describes, mainly because of the strange alliance of personalities — of CIA ideologues trying to massage, steer and manage the unpredictable, combustible egos of philosophers and poets.

Case in point: In the spring of 1962, the U.S. needed a push in Latin America, where yanqui distrust was high after a CIA-backed coup in Guatemala and Fidel Castro's successful revolution in Cuba. What better ambassador of the American legacy than Robert Lowell? The poet was given a first-class ticket to Argentina, assigned a handler from the CIA (known in agency parlance as a "leash"), handed a schedule of readings to perform and parties to attend, and set loose.

As Saunders tells it, "It was in Buenos Aires that the trouble started. Lowell threw away the pills prescribed for his manic depression, took a string of double martinis at a reception in the presidential palace, and announced that he was 'Caesar of Argentina.' " A quick speech extolling the virtues of Hitler, then off with the clothes, running naked through the city and climbing onto the statue of a horse. Lowell's manic episode went on for days, until the "leash" had had enough and ordered him strapped into a straitjacket, then carted to a hospital. So much for Argentina's glimpse of the pax Americana.

Is ZunZuneo any more embarrassing? One could reasonably argue that it had a better shot at stirring a populace into action than the confessional poets did. At least it took the art of self-expression off the mantel and put it in the hands of people on the ground, at least for a while. Either way, it now belongs to the narrative, to the long and weird tradition of Cold War cultural espionage gone ridiculously wrong.

Paul Reyes is the deputy editor of the Virginia Quarterly Review.