Accessibility links
Keep It Brief, Commencement Speakers! No One Will Remember Anyway Former college President Hal Wilde has endured dozens of graduation ceremonies. He says procuring the speaker was one of his most annoying tasks. And for what? Students rarely remember the message. 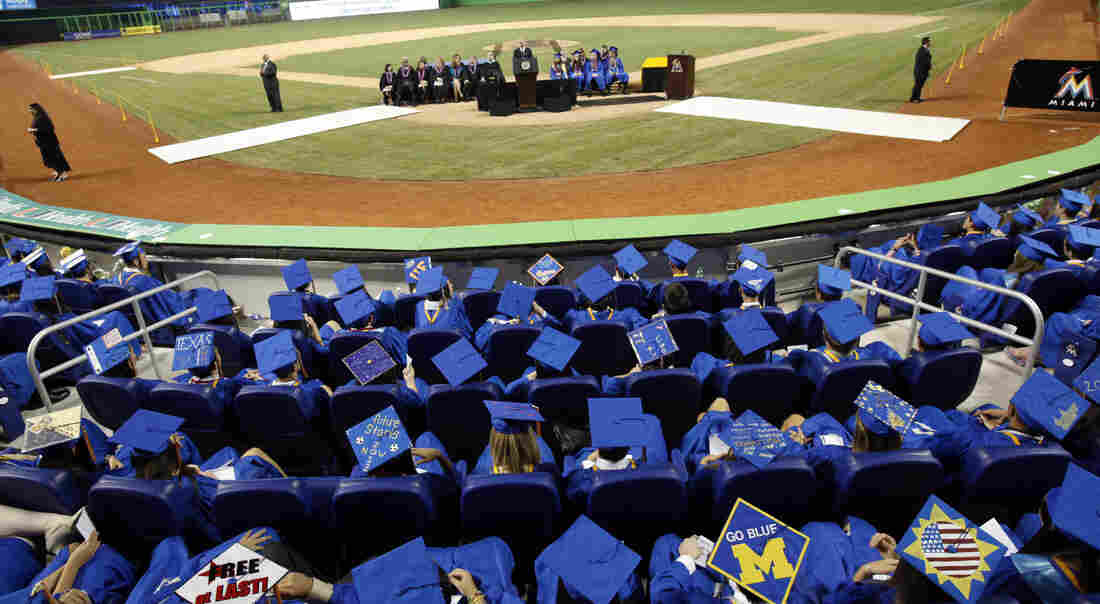 Do any of these students remember what Vice President Joe Biden said in June 2012? Wilfredo Lee/AP hide caption 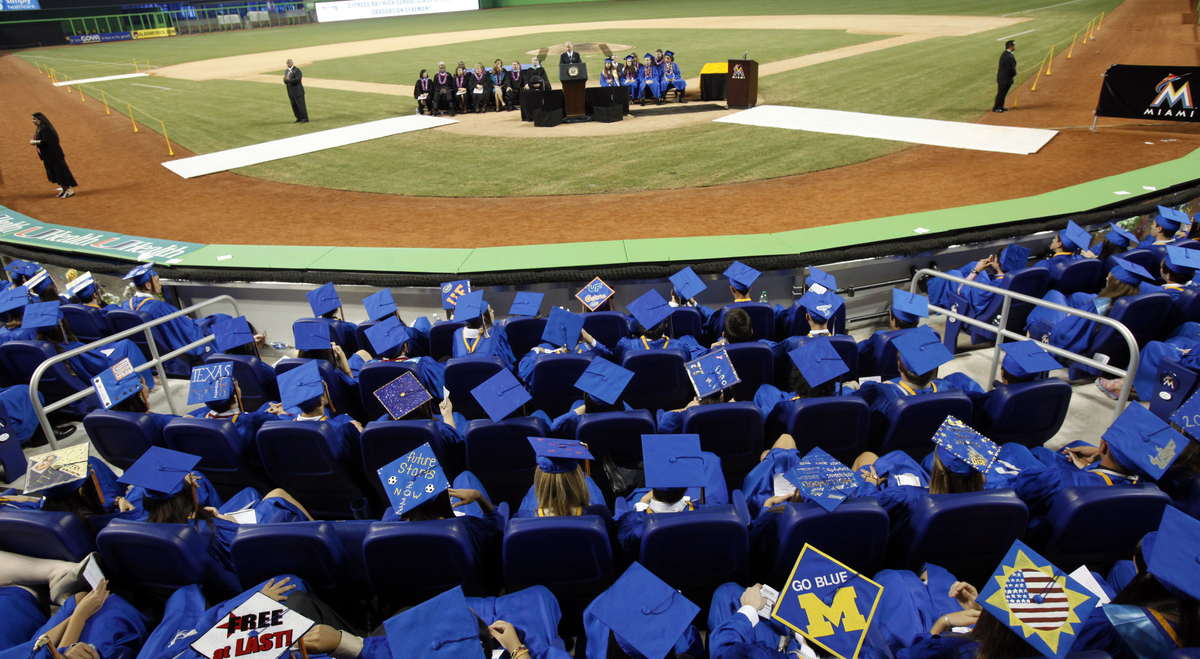 Do any of these students remember what Vice President Joe Biden said in June 2012?

It's that time of year when colleges and universities send out press releases touting which coveted commencement speakers they've snagged.

President Obama will deliver the address at University of California, Irvine. Vice President Joe Biden will speak at the University of South Carolina. Facebook executive Sheryl Sandberg will urge graduates at City Colleges of Chicago to lean in and listen.

But will anyone actually remember what they say?

Hal Wilde thinks it's unlikely. Wilde was president of North Central College in Illinois for more than 20 years and has heard these addresses up close many times.

During the introductions for several commencement speakers, he began by quoting Abraham Lincoln: "The world will little note nor long remember what we say here." While that statement was not true of the Gettysburg Address, it can be relevant to graduation ceremonies.

In a recent op-ed, Wilde argues that the commencement speech is overrated.

Hal Wilde Introduces Poet Christian Wiman To The Class Of 2011

"When you talk to college presidents, you'll find out most of them regard procuring a commencement speaker as one of their most challenging, if not annoying, responsibilities," Wilde says. "But they can't afford not to pay attention to it because there are few moments when the institution is more visible."

You've got parents, professors, students, donors — all with different agendas and goals in mind. Some schools spend thousands of dollars to pay celebrities to speak. Though many speakers received honorary degrees during Wilde's tenure, they weren't paid by his school. He used other strategies, like these:

As far as his advice to speakers:

"It's like remembering what the preacher — the sermon he gives the day you're getting married," he says. "You're thinking about other things."

On a few occasions, Wilde says he actually had to write those inspiring words in order to book a speaker.

If he ever has the opportunity to deliver one himself, he says, "It would probably quote Scrooge McDuck and maybe a couple other influential figures in my evolving philosophy of life.

"I'd get in and out fast enough so if the audience didn't know who I was, they would say, 'At least he was brief.' "