Accessibility links
Drought Could Complicate Already Difficult Food Crisis In Syria The World Food Programme is moving about 40,000 tons of food around Syria each month, navigating conflict zones and checkpoints. And now a potential drought could hurt food production in the country. 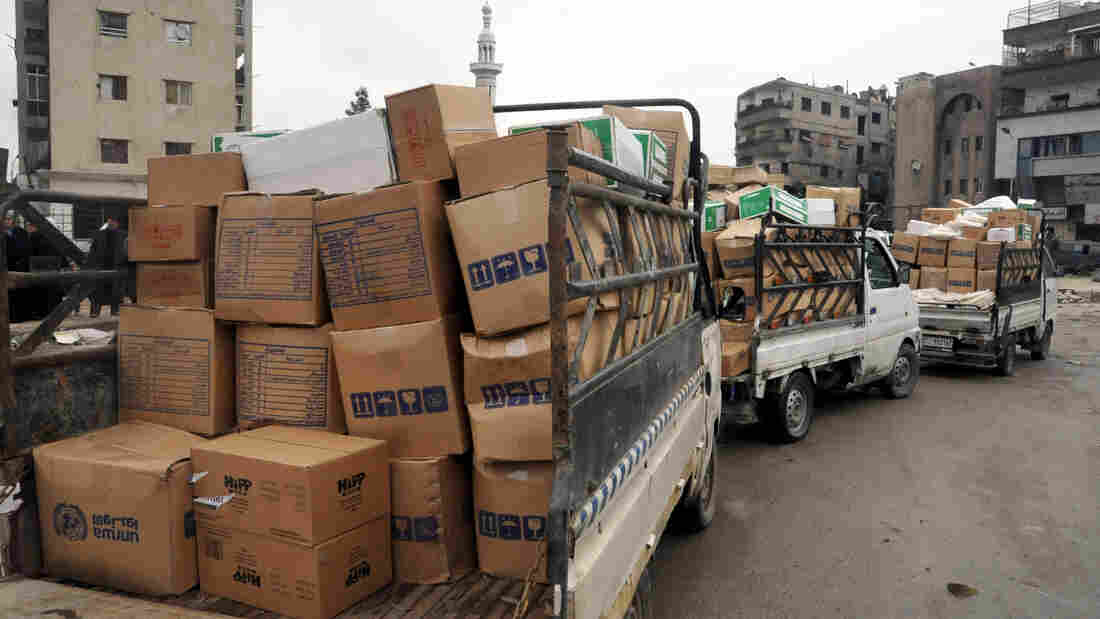 Trucks carrying U.N. supplies arrive at the besieged Yarmouk refugee camp on the southern edge of Damascus, Syria, in February. According to the World Food Programme, it costs $41 million a week to meet the country's food needs. AP/SANA hide caption 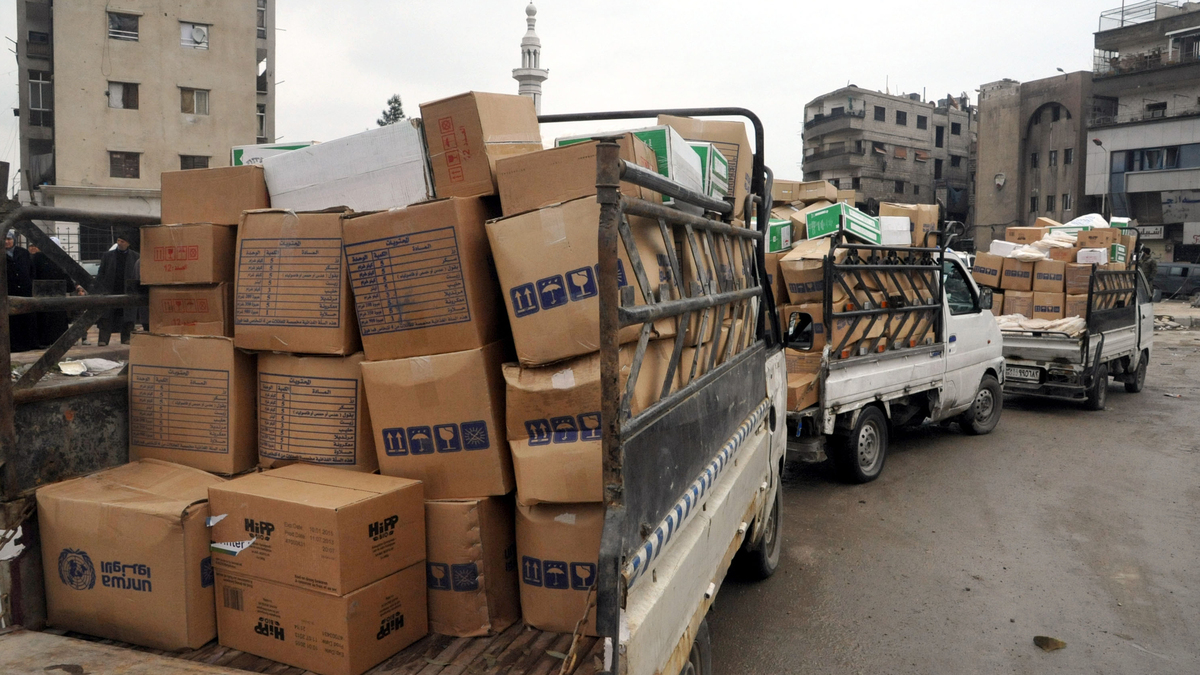 Trucks carrying U.N. supplies arrive at the besieged Yarmouk refugee camp on the southern edge of Damascus, Syria, in February. According to the World Food Programme, it costs $41 million a week to meet the country's food needs.

The war in Syria, now in its fourth year, has created a massive humanitarian crisis. More than 2 million Syrians have left the country in an attempt to escape the conflict. Millions more have been displaced inside Syria, forced to leave their homes to survive.

In March, the United Nations World Food Programme reported that a potential drought in the area could significantly hurt food production in Syria:

"Large rainfall deficits in the 2013-2014 season will have a major impact on Syria's next cereal harvest. With three quarters of the rainfall season gone, it is unlikely that there will be a significant recovery in this agricultural season."

That could also make a disastrous situation much worse. Dina El-Kassaby, a public information officer for the World Food Programme based in Amman, Jordan, says getting food to areas stuck in the middle of combat is already very difficult.

"The World Food Programme moves around 40,000 tons of food each month across Syria," El-Kassaby tells Tess Vigeland, guest host of All Things Considered. This involves moving more than 3,000 trucks through conflict zones and checkpoints controlled by the government as well as other armed groups.

The impact of a looming drought, El-Kassaby says, could potentially push thousands or millions more into food insecurity. She says what they see now is similar to a major drought that hit the country in 2008.

"Many people that were affected by that drought didn't have time to recover before they were hit by the impact of fighting," she says.

One woman El-Kassaby met at a shelter who had not had any food assistance for eight months. Living in a former classroom with five other families, she said that she had to decide each day whether she would feed her 10 children or save what little food they have for the next day.

The operation in Syria is the World Food Programme's largest and most complex. It costs $41 million a week to meet the foods needs of those affected by the conflict in Syria, El-Kassaby says.

"The minute that funds come in, they are immediately spent on food and spent on the operation," she says. She adds, "This is a massive crisis and it requires a global response."