Accessibility links
Caring For Wounded Vet A Burden Family Gladly Shares Craig Remsburg's son, Army Ranger Cory Remsburg, was serving in Afghanistan when he was wounded by a roadside bomb in 2009. Since then it has been the family's mission to get Cory back to health. 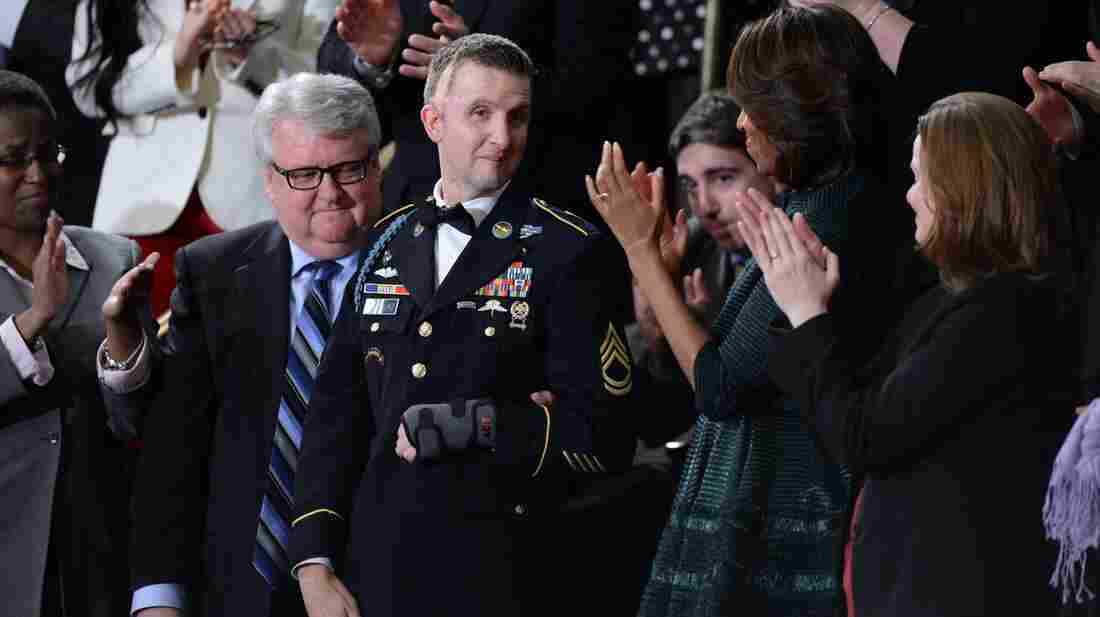 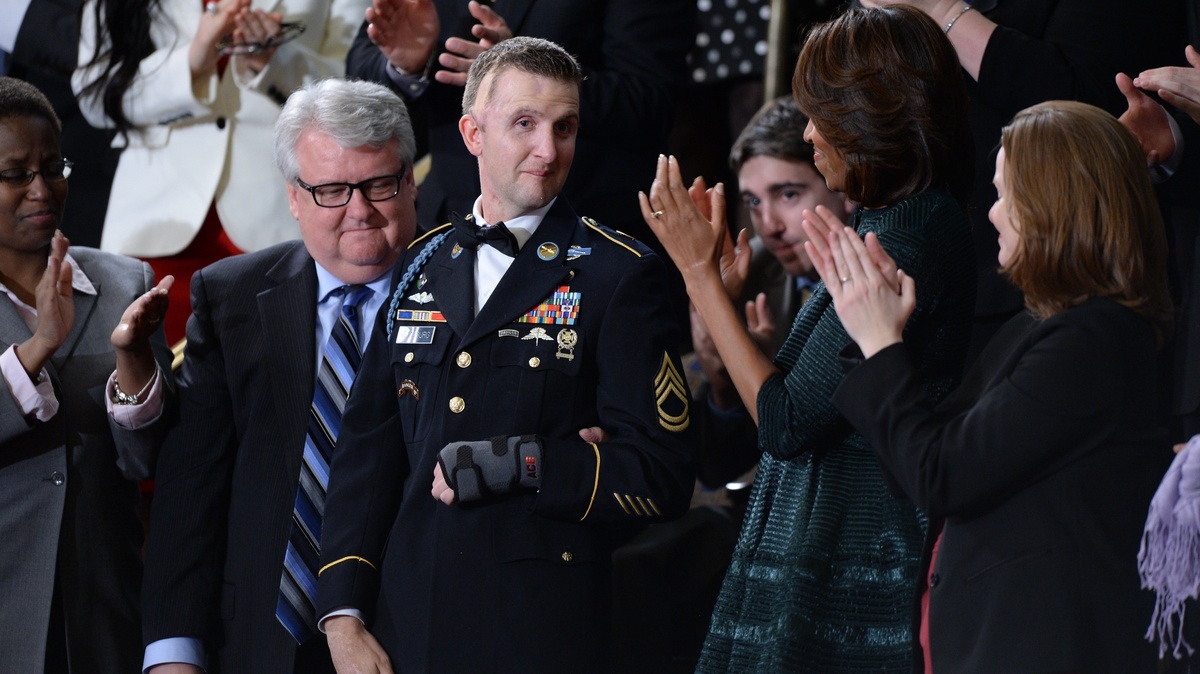 Craig Remsburg's son, Army Ranger Cory Remsburg, was serving in Afghanistan when he was wounded by a roadside bomb in 2009. Earlier this year, the father and son attended the State of the Union address as guests of President Obama and the first lady.

The army was very matter-of-fact: Cory was hit with an improvised explosive device. He was hit in the head. He was hit in the eye. We found him underwater, near drowning. Had to resuscitate. Burns, shrapnel wounds. And the best news out of that whole situation was he was still alive.

This past week, Michelle Obama hosted an event at the White House to highlight the sacrifices of those taking care of wounded vets. A recent Rand Corporation study found that more than a million Americans are taking care of a wounded veteran who served after Sept. 11.

Cory spent three and a half months in a coma after he was injured. Craig tells NPR's Rachel Martin what it was like the day Cory began to wake up.

"It was incremental," he says. "He opened an eye, just one eye, and then he moved [an] arm, then he moved a leg. It's not like you sit up out of bed and start talking; it took him eight months to talk."

Craig and his wife both had full-time jobs, but he says there wasn't a second thought about how they were going to do it, they simply committed themselves to the around-the-clock care that Cory would need.

For six months, he and his wife traded shifts at the VA hospital in Tampa. For two weeks at a time, one would be with Cory while the other was home in Phoenix. They'd have about an hour at the airport to swap keys and let the other know of any issues.

"We finally decided that [was] not healthy," he says. So Craig's wife quit her job of 22 years to become her son's full-time caregiver in Tampa.

The financial burden was high, but Craig Remsburg received some help for the flights back and forth from a charity that sponsors severely wounded veterans.

Cory's story received national attention when he and his family were invited to President Obama's State of the Union address and seated right next to Michelle Obama. When Cory was introduced and the president told his story, he received a massive standing ovation. Craig calls it "the applause that didn't stop."

When they sat down, Cory told his dad that it wasn't about him, it was about wounded warriors.

"He knew that the picture was bigger than him," he says.

Today, Cory is back in Phoenix. He does four to six hours of physical therapy a day and a certified nurse assistant takes care of him when he gets home. Each night either Craig or his wife stays with Cory. It's difficult, Craig says, but he and his wife make it a point to find time together.

In the long term, Craig says his son wants to find independence again and be able to function and live on his own. Craig's goal is to help Cory get there.

"We're going to get him as close as we can to that independence and make him feel that he's contributing back to society, because that's what he wants," he says. "He doesn't want to be a drain, he wants to do something. And he knows he's got to take care of himself first."

Are you caring for a wounded veteran? What's the biggest challenge? Tell us what you think on the Weekend Edition Facebook page, or in the comments section below.