Accessibility links
Ken Burns Tackles Lincoln, Education And Money In 'The Address' The Address follows an intensive program that teaches kids with learning difficulties to recite the Gettysburg Address. And in doing so, it raises some tough questions about resources.

Ken Burns Tackles Lincoln, Education And Money In 'The Address'

Ken Burns Tackles Lincoln, Education And Money In 'The Address' 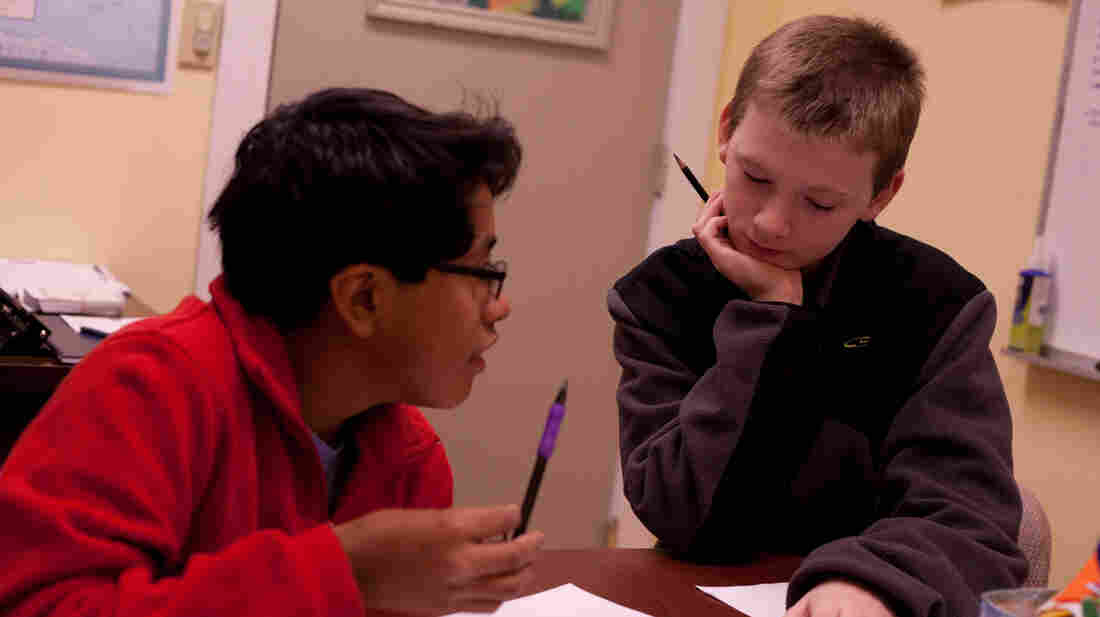 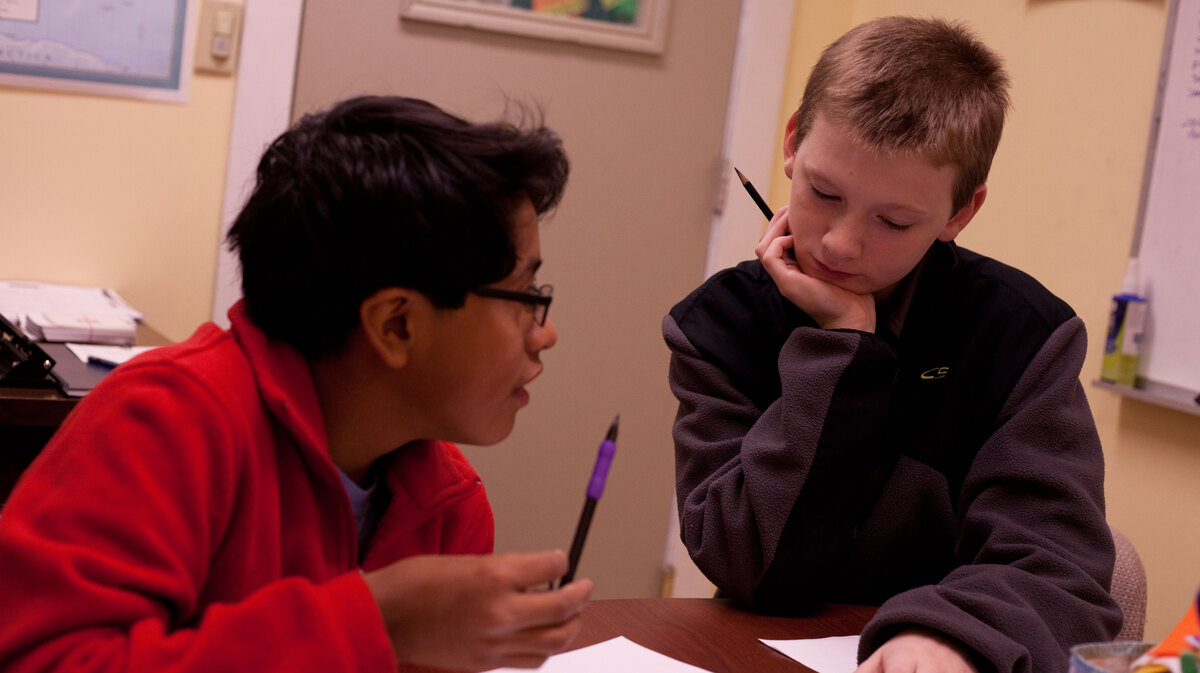 Cooper and Ned are two of the boys working on learning the Gettysburg Address in Ken Burns' latest documentary.

The Ken Burns documentary The Address, premiering on most PBS stations Tuesday night, opens at the Greenwood School in Vermont, where students are being introduced to a longstanding tradition: studying the Gettysburg Address until they can recite it from memory in front of a large audience of students, staff and parents. If they succeed, they receive a special commemorative coin that is only given for this achievement. A first, second and third prize will be awarded — one for middle school, one for high school — for these performances.

The scene almost pleads for a disclaimer: This is not so easily within the skill set of lots of kids. Memorization of a 272-word speech, not to mention a public performance of it, challenges some kids a lot more than others.

And then we learn that the Greenwood School is specifically for boys between sixth and 12th grade who have a variety of learning issues and different diagnoses: dyslexia, dysgraphia (issues with translating thoughts to paper), challenges with executive functioning, and ADHD among them. The Gettysburg competition at Greenwood, in other words, is specifically for some of the kids you might expect to find it the most challenging.

For the next hour and a half, Burns follows some of these boys as they struggle and battle and work under the guidance of a variety of professionals — teachers, language specialists, speech pathologists, therapists — to build the concentration and discipline that it takes to learn the address, to commit it to memory, and to deliver it clearly and well. To some of these kids, who various faculty members tell us have been made to feel stupid or inadequate at other schools, the idea of public speaking based on memorization feels almost ridiculous, but they set it as their goal, and they work, and they get a ton of support.

In many ways, it's a film about how many pieces have to move in sync for these kids to do this very, very hard thing that doesn't come easily to them. One has an occupational therapist who has him engage in physical exercise right before he starts studying the address, because otherwise, he's too hyper to concentrate. A therapist tells one kid that he doesn't have to do it if he doesn't want to, but he shouldn't not do it just because it's hard.

A speech pathologist pronounces and re-pronounces the word "free." And when she sees one yawn out of young Geo, she asks him whether he's getting enough sleep. He admits he isn't. She asks him why. They talk about how he can sleep better. Elsewhere, there's a sort of therapist/mediator who helps the kids build their ability to get along with people, not to act out, to build better relationships. There is support for kids who are good at music, great at woodworking, even handy with a yo-yo, in part because it gives them confidence.

Greenwood boasts on its website a ratio better than 2-to-1 between students and teachers, and indeed, most of the time, during this particular segment of the boys' education, you see a staff member working with only one or two students at a time. This is what it takes, the film suggests, to take these boys who have, in some cases, major learning and speech issues and get them to the point where they can stand up at a fancy party and recite the Gettysburg address from memory — which, when it happens, is stunning to watch.

And that's where it begins to also feel like a film about money. Greenwood's tuition next year for day students is $53,475. For boarding students, it's $68,890. That's roughly what Harvard costs, and that doesn't include some of the individual and specialized services the school offers. It doesn't include fees for books and incidentals.

You get the impression watching the film that for the families who have their kids at Greenwood, it's well worth it to them: This is what it costs to get a 2:1 ratio. This is what it costs for the education of your child to be essentially half of a full-time job for a hypothetical hybrid person who has all the skills of all the staff members there.

But it's impossible not to see in your mind all the kids whom you don't see in the film. Most of these kids — not all, but most — are white. While the school says it provides some financial assistance, these are all kids whose parents managed to look at a school that costs more than $50,000 a year to attend as a day student and not immediately write it off as vastly beyond their resources. These boys are among the luckiest of the luckiest of the luckiest kids, in some respects, to have so many people concentrating attention and care on them.

There's nothing wrong with being lucky, nor is this the only kind of lucky a kid can be, nor is there only luck at work: Many of these families, even if they have a lot of money, are undoubtedly making huge sacrifices to make this education possible. Even seven years of education at Greenwood costs less than many second homes probably do, so there are choices being made, not just money dropping from a plane. Furthermore, plenty of kids in public school are being adored and loved and pushed and treasured by their parents and teachers. This is not the only way to learn the Gettysburg Address, by any means. (You might watch this film alongside Brooklyn Castle, about a similarly intensive chess program at a public school — a program that's constantly in danger of being cut.)

But these boys seem to blossom under the concentrated attention of a team of trained people whose only job is helping them blossom. There are kids who respond, specifically, to this program. The chilling part of the film is to think about how many kids would benefit from, but don't get, this kind of attention. They don't have a speech pathologist who can sit with them and say "Free. Free. Free." They don't have somebody who can spot them yawning and say, "Hmm, are you getting enough sleep?"

It's a really wonderful story about these particular kids, not really at all about the Gettysburg Address. But it's also a sobering picture of the kinds of resources that a lot of kids simply don't have.