Accessibility links
'World's Largest Rosebush' Graces Arizona Desert Town The bush was planted in 1885 in Tombstone, back when it was a boomtown for silver mining. Blooming season lasts about six weeks — and it's almost always in bloom for Easter Sunday. 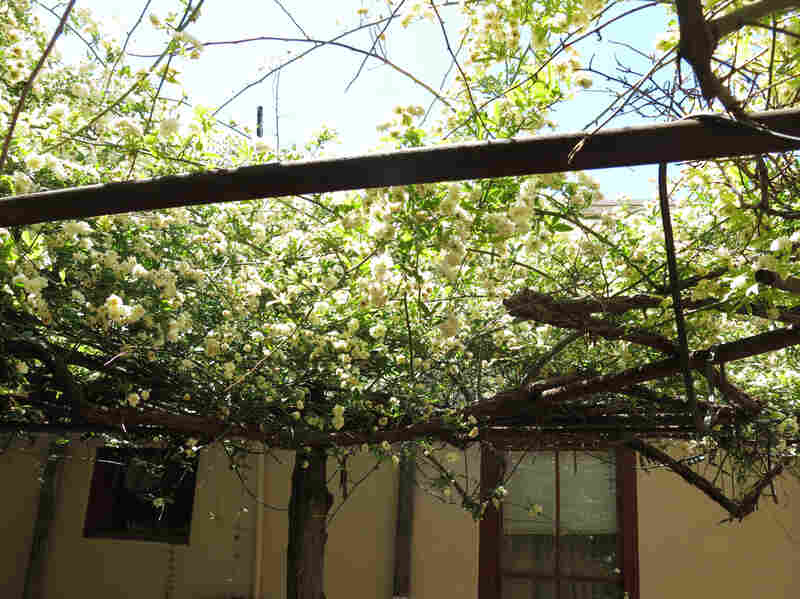 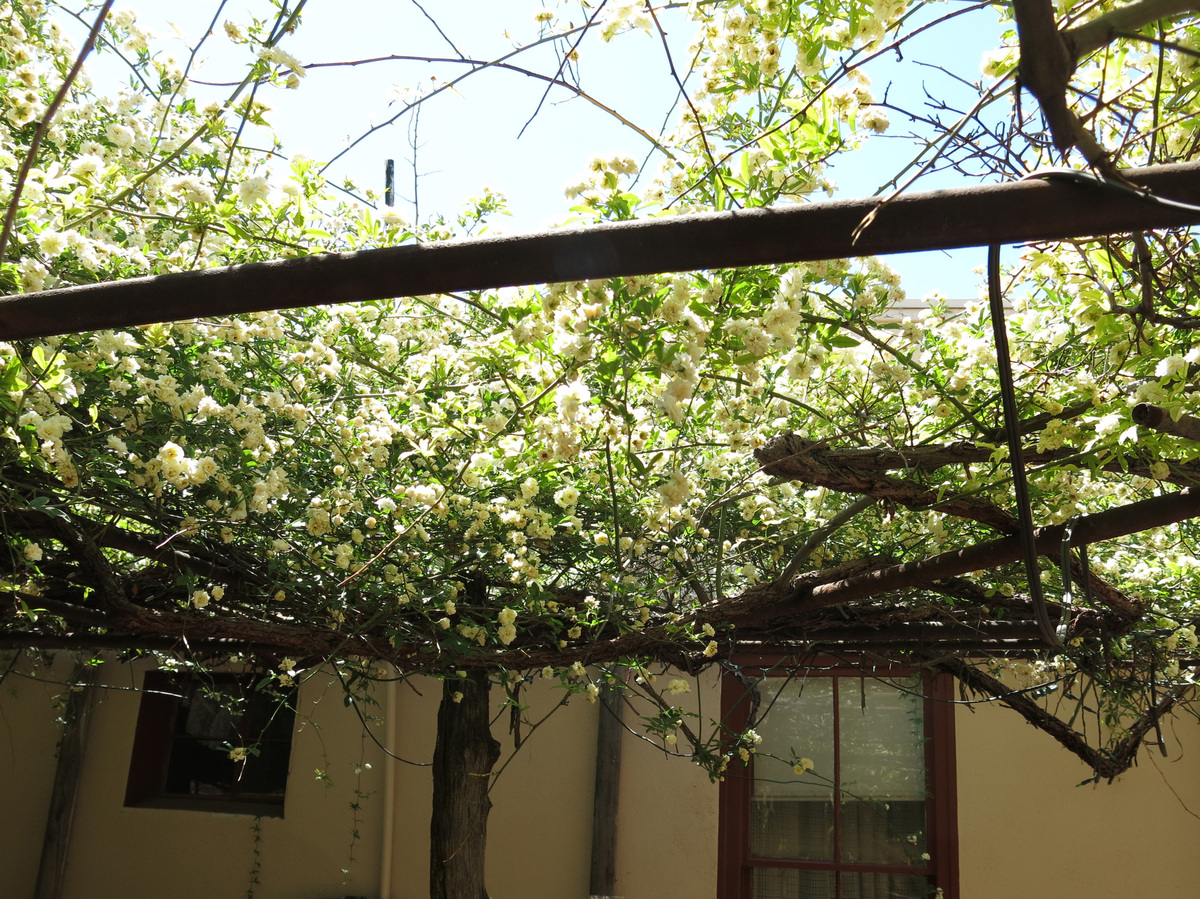 The world's largest rosebush, according to Guinness World Records, is in Tombstone, Ariz., and covers 9,000 square feet.

Just a few blocks from the OK Corral in Tombstone, Ariz., a former hotel and boarding house hides a treasure.

A sign in front says "World's Largest Rosebush," but most people have no sense of its size until they walk through the building and into the backyard.

The bush, a Lady Banksia Rose, was planted in 1885, back when Tombstone was a boomtown for silver mining. The tree officially covers 9,000 square feet, and its gnarled trunk is about 12 feet around. The whole thing is so big that its branches have to be supported on a massive trellis, which spreads out horizontally.

The Devere family has owned the property, which is now a museum, since 1916. Dorothy Devere and her husband, Burt, took it over in the early 1990s. They built a platform with steps so people could see the blanket of blooms from above. Right now, thousands of white flowers are giving off a scent reminiscent of violets.

"Sometimes I think I'm a little jaded," says Dorothy Devere, "and then I'll be up here and someone will come out here and say, 'Oh, my goodness, it's so beautiful.' And I'm thinking: How nice that they like the rosebush."

Especially this time of year. Blooming season lasts about six weeks — and it's almost always in bloom for Easter Sunday.