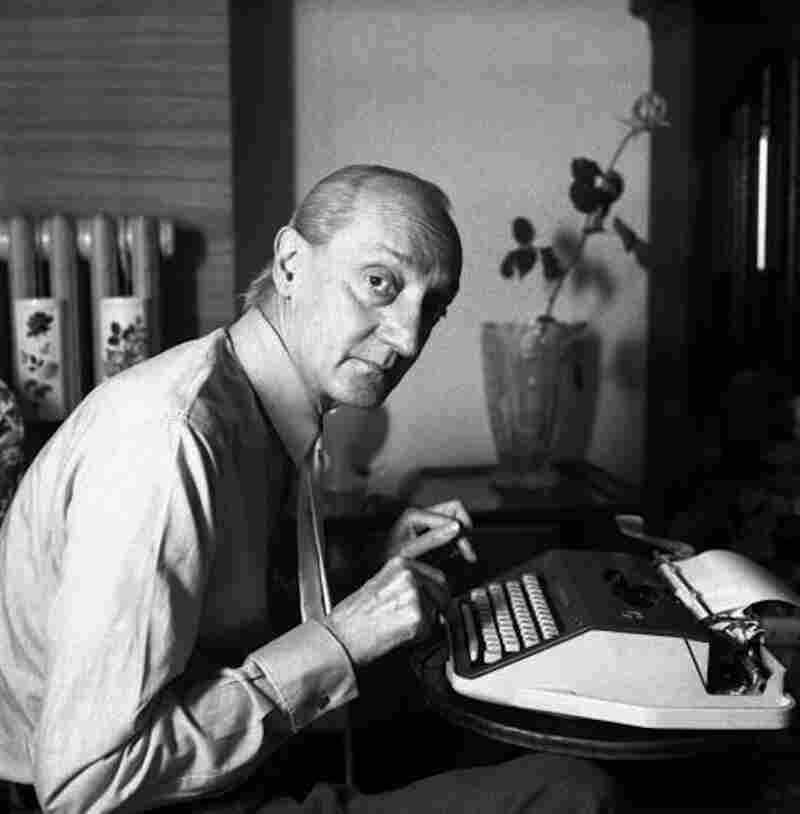 Crime writer Giorgio Scerbanenco was born in Kiev in 1911, grew up in Rome and worked for decades as a journalist in Milan. Olycom/Melville House hide caption 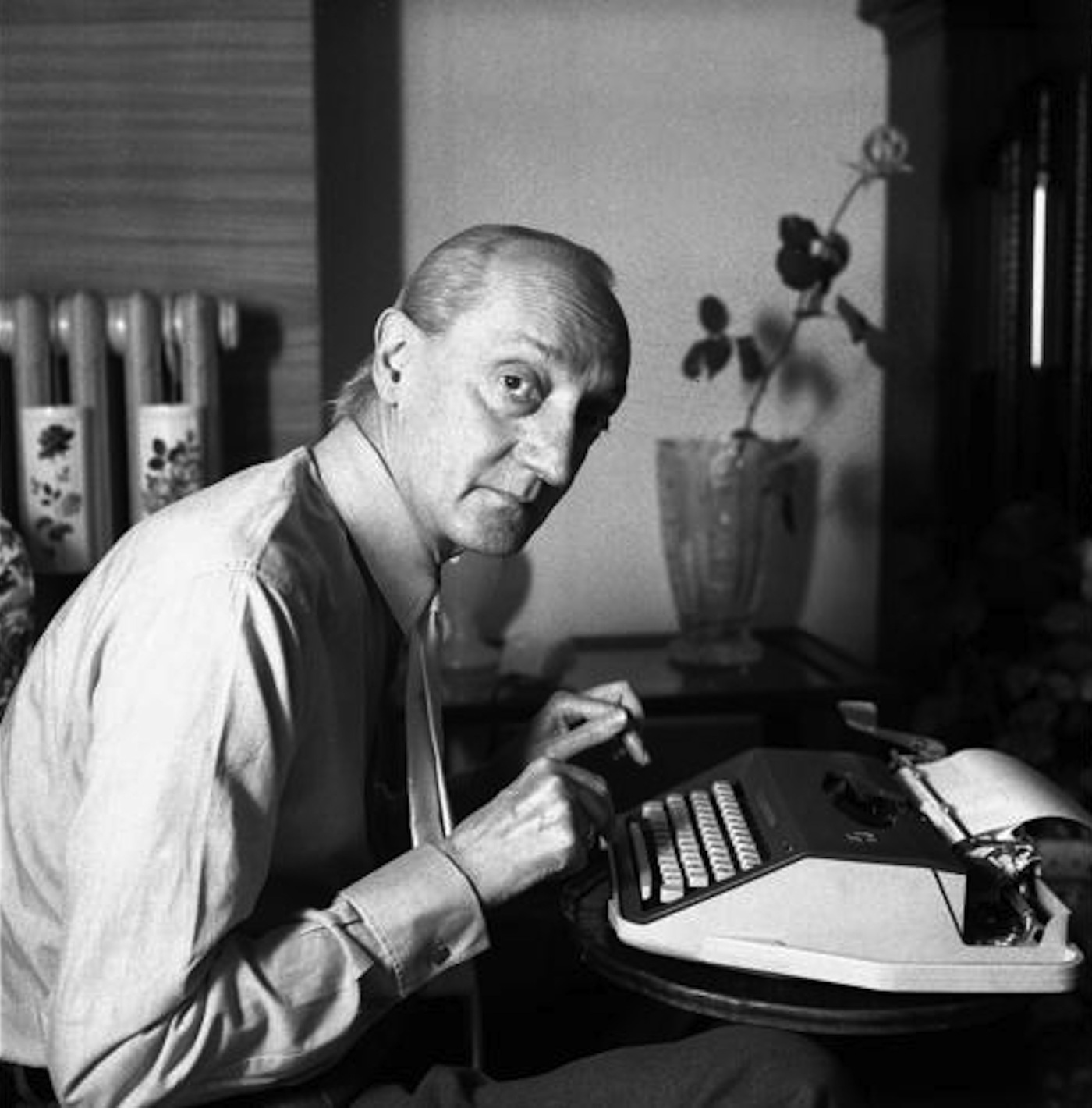 Crime writer Giorgio Scerbanenco was born in Kiev in 1911, grew up in Rome and worked for decades as a journalist in Milan.

Although there's no rigid dividing line, fans of the crime genre generally fall into two camps. There are those who prefer stories which, after titillating us with dark transgressions, end by restoring order — the show Law & Order is an aptly named example. And then there are those who prefer stories which, even after the mystery is solved, leave you swimming in the murk — think Chinatown. This is the male-dominated realm of noir.

While the noir sensibility can be found all over the globe — it's one of the key signatures of the modern — some countries have a particular knack for its moody blend of violence and bleakness. One of them is Italy, where corruption and world-worry cynicism are almost an ancient birthright. This patrimony has given us such present-day noir favorites as Massimo Carlotto, Carlo Lucarelli and Maurizio de Giovanni — all available in English from Europa Editions. I'd urge you to read them.

But you should also look back to the 1960s and read the writer these guys would acknowledge as the father of Italian noir. He's Giorgio Scerbanenco, who was born in Kiev in 1911, grew up in Rome and worked for decades as a journalist in Milan. Scerbanenco's lasting achievement is known as "The Milano Quartet," which does for that city some of what James Ellroy does for L.A. The first of these novels — A Private Venus — has just been released by Melville House in a crackling new translation by Howard Curtis. I read it in a single sitting. 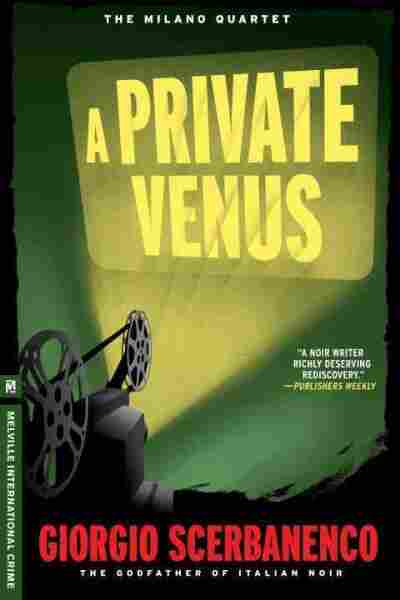 Like all good noirs, A Private Venus centers on a disillusioned loner — in this case, Duca Lamberti, a loner with good reason to be disillusioned. Once a doctor, he was imprisoned for murder after compassionately helping a dying woman kill herself. Now free, but forbidden to practice medicine, Duca gets hired by a Milanese plastics mogul who, like most rich men in noir, is a respectable creep. The assignment is to straighten out the mogul's 22-year-old son, Davide, who has gone from being a normal, spoiled heir to a guilty, taciturn young alcoholic.

Duca knows something has driven Davide to such self-destructive straits — probably a woman. And so, he sets about looking into what changed him, enlisting help from a police superintendent who was friends with Duca's cop father. The investigation takes him from chic nightclubs into the sinister underbelly of fashion-mad Milan, where pretty young women exist to have their bodies stripped, sold and carved up by thugs. Along the way, Duca befriends a smart, attractive young woman, Livia, who has her own reasons for bringing the bad guys down. Suffice it to say that everything does not turn out perfectly.

Through it all, Duca remains a terrific, brooding, conflicted character — an accidental detective. On the one hand, he believes that (and I quote) "hope is a kind of secret vice that nobody ever managed to rid themselves of completely." On the other, he's a decent man righteously disgusted by evil. He fights, however hopelessly, for some form of justice — both here and in the quartet's even better next volume, Traitors to All, which is coming out in June.

Now, Scerbanenco was not Italy's first great crime novelist. That honor goes to the Sicilian Leonardo Sciascia, who is, frankly, a much greater writer. But Scerbanenco was a trailblazing radical who pulled the mask off a whole era. Even as Sixties Italy was supposedly flowering around him — people finally getting richer and living la dolce vita — Scerbanenco wasn't convinced. As a journalist, he'd seen the poverty and gangsterism behind the fashionable façade of Milan, the rich, conservative, northern city that prides itself on being cleaner than the unruly South.

Of course, noir isn't truly noir if the pain and darkness it depicts can be eliminated simply by, say, electing the right political candidate. Noir requires a metaphysical dimension, a sense of life's enveloping, incurable soiledness that you find in Jim Thompson and the so-called "hard novels" of Georges Simenon. Scerbanenco has this cosmic vision in spades. And so does Duca Lamberti, who lives in a fallen world where moral chaos keeps devouring law and order. Duca knows that even when the guilty lose, the innocent still don't win.