Accessibility links
'Bintel Brief' And 'Hellfighters': American Stories, Powerfully Illustrated Critic Maureen Corrigan recommends two graphic novels — one about a Yiddish advice column in the early 1900s and another about a regiment of African-American soldiers who fought during World War I. 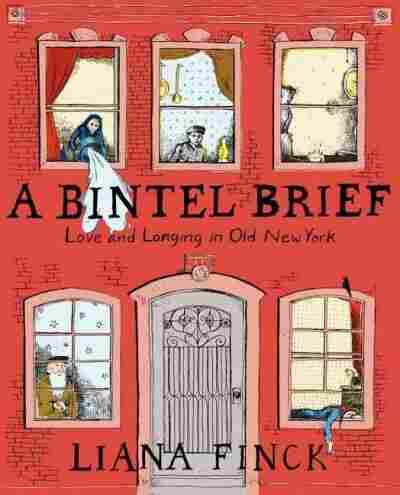 A Bintel Brief and The Harlem Hellfighters are two New York Stories. That's why I'm combining them in this review; not because — as some purists still think — they're lesser works of literature because they're graphic novels. If Egyptian hieroglyphics, the Bayeux Tapestry, and Art Spiegelman's 1991 classic, Maus, haven't yet convinced the high-art holdouts of the value of stories told in visual sequence, nothing I say now about these two books is likely to. Which is a shame because A Bintel Brief by Liana Finck and The Harlem Hellfighters by Max Brooks and illustrated by Caanan White are two of the most powerful books I've read so far this year.

A Bintel Brief takes its title from the column of the same name that first appeared in 1906 in the Yiddish language newspaper The Daily Forward. Literally translated as "a bundle of letters," the Bintel Brief was an advice column in which Jewish immigrants new to New York City could ask practical questions, as well as give voice to their loneliness, dreams and fears. The Forward's legendary editor, Abraham Cahan, answered the letters himself and the column made The Forward the most widely read Yiddish-language newspaper in the world.

Author and illustrator Liana Finck places herself in this story, as a young woman who opens a notebook of old clippings from The Forward and finds herself confronted with the cranky apparition of Cahan. Together they walk the streets of the Lower East Side, past abandoned synagogues and pickle factories, talking about the immigrants' letters. Finck has adapted 11 actual letters from The Forward; they range from the daffy (a barber obsessed by a nightmare in which he slits the throat of a customer) to the tormented: I'm thinking especially of the final letter in this collection, written by a desolate young woman whose fiance died in the Triangle Shirtwaist Factory Fire of 1911.

Finck's illustrations intensify the emotional resonance of these letters, invoking the buoyant magic of Marc Chagall, but also sometimes descending into the cramped world of the tenements. One page here, for instance, shows a couple, despairing over their infertility, sinking and dissolving into their old sofa. Wisely, Finck appreciates that the power of the Bintel Brief stories derives from the fact that they're eternally open-ended. What happened to that "mad barber" or that young man in Brooklyn who didn't want to bring his father over from the Old Country? Or that baker cursed with a two-timing wife? Cahan gave them his best advice, but we'll never know if they took it. 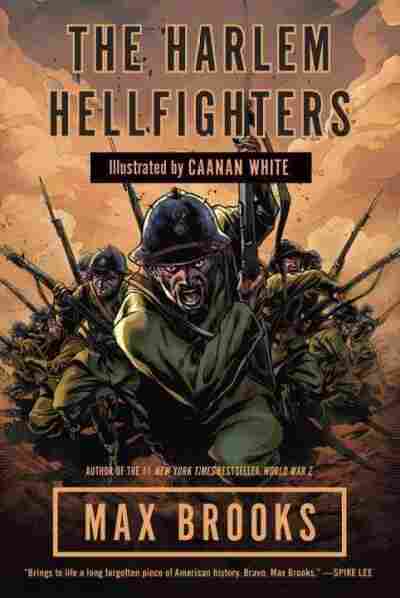 by Max Brooks and Caanan White

The Harlem Hellfighters begins and ends in New York, but it spends years mired in the trenches and battlefields of France. That's because Max Brooks and Caanan White have dramatized the history of the 369th Infantry Regiment during World War I. This African-American regiment — called "The Men of Bronze" by their French allies and "The Harlem Hellfighters" by their German enemies — spent 191 days in combat, longer than any other American unit, white or black, and were one of the most decorated units in the entire American expeditionary force. They helped make "the world safe for democracy," even if, as one Hellfighter in this story ruefully says, "democracy wasn't exactly 'safe' back home."

As Brooks and White detail in panel after vivid panel, The Hellfighters fought a two-front war: against the enemy "over there" and racial prejudice everywhere, but particularly from their fellow Americans and their own government. The Hellfighters' story stretches from enlistment halls in Harlem to training camps in Spartanburg, S.C. — where these soldiers were handed broomsticks instead of rifles and were confronted with signs in local shops that read, "No dogs or coloreds." The Hellfighters were deployed to Europe quietly, while the rest of the New York National Guard — the so called Rainbow Division — were given a grand parade send-off by the city. The Hellfighters were told, "Black is not a color of the Rainbow."

This is a stunning work of historical recovery and a very graphic graphic novel: bodies explode, rats feed on corpses, men are strafed and gassed. It's not pretty, but the "in your face" style of The Harlem Hellfighters is suited to dramatizing a crucial part of American history that hasn't been thrust forcefully enough into our collective faces.

More On The Harlem Hellfighters