Accessibility links
Consider The Can: An Unlikely Twist On A Louisiana Dish When Poppy Tooker was a kid, her favorite dish was her great-grandmother's Peas in a Roux. Only years later did Tooker discover that canned peas — not fresh or frozen — were the key to the recipe. 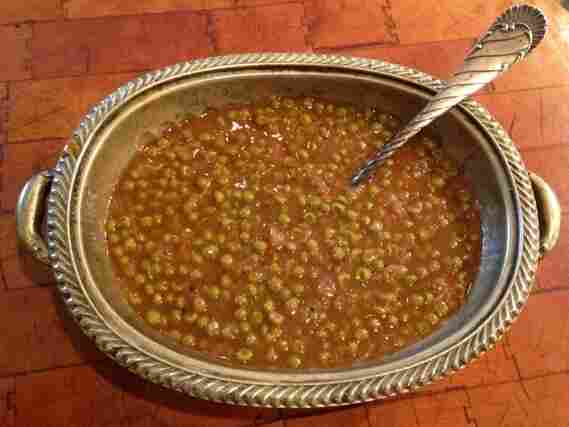 Out of the can and into the roux: The key to this hearty, simple dish can't be found at a farmers market. Poppy Tooker hide caption 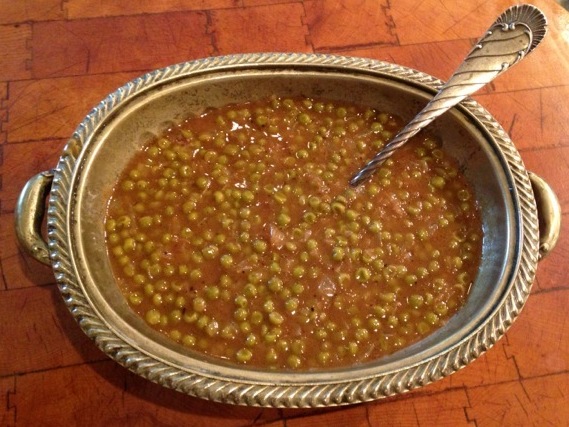 Out of the can and into the roux: The key to this hearty, simple dish can't be found at a farmers market.

If you're under 10 years old, the ingredients to an Easter meal are probably self-evident: chocolate bunnies, jelly beans and Peeps. If you're older, the usual suspects may (or may not) be less sweet, but they're likely no less traditional.

Poppy Tooker, host of New Orleans Public Radio's Louisiana Eats, is no stranger to dinner table traditions — even if her favorite was a year-round affair. When Tooker was a child, her great-grandmother was still cooking, and her go-to side dish was something that, at first glance, might sound pretty typical: peas.

But being a Creole who had grown up speaking French, her great-grandmother always gave them a distinctive Louisiana twist. She called her simple dish "Peas in a Roux," and she served it often with meaty main courses.

Peas in a Roux may have been one of Tooker's favorite family dishes, but it took her years to get the recipe just right. She knew well how to make a roux, a tasty combination of oil and flour, but she was hamstrung by her taste for fresh veggies. "I kind of have a snobby attitude about my vegetables," Tooker admits.

It wasn't until she dispensed with the farmers market and turned to canned peas that she had her epiphany. "I was in the grocery store, and I passed a big end cap of canned petit pois — those little, teeny, tiny peas that are canned. And I thought, 'You know, I bet that's what Mamman was actually using. I think I'll give that a try.' "

Finally — after tossing in the peas, the juice, everything but the can itself — she rediscovered the taste she remembered so well. "Suddenly, I had completely and properly, finally, re-created my great-grandmother's recipe." 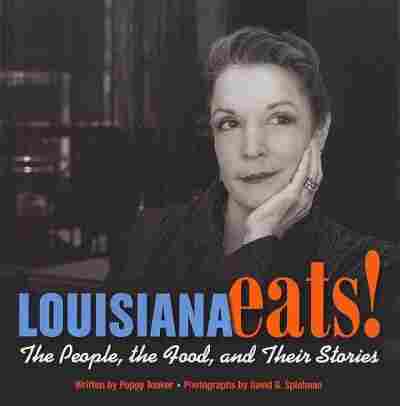 The People, the Food, and Their Stories

Peas In A Roux

1 can of petit pois peas

Make a dark roux with the bacon grease and flour: Melt the bacon grease in a saucepan. Stir in the flour and continue stirring over medium-low heat for 10 to 12 minutes, or until the roux turns a chocolate color.

Add the onions and saute 5 minutes. Sprinkle sugar on the onion and cook 2 minutes. Add the peas (including the packing liquid in the can), cayenne pepper, salt and pepper. Reduce heat to low and cover. Simmer peas for 10 minutes. Stir in butter and serve.