Accessibility links
When Being Pregnant Also Means Being Out Of A Job Thirty-six years after Congress passed the Pregnancy Discrimination Act, employers still have very different interpretations of what they're required to do to accommodate expectant mothers. 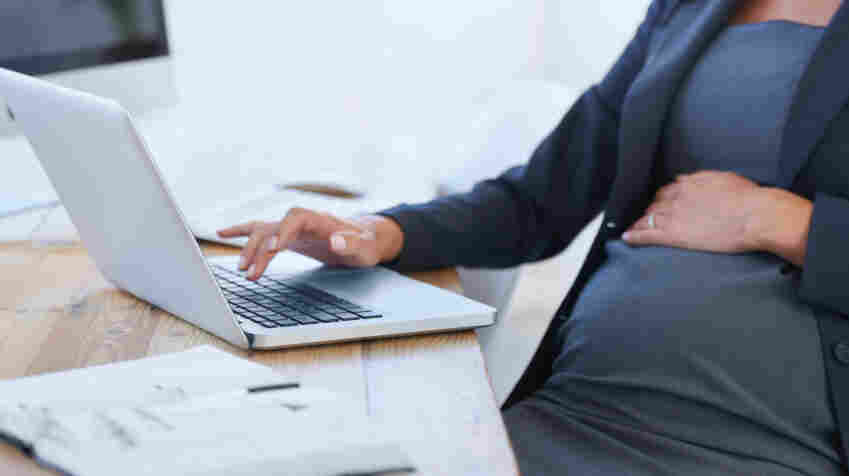 While many women continue to work with little change in their duties while pregnant, others find that pregnancy can be a career liability. Yuri Arcurs/iStockphoto hide caption 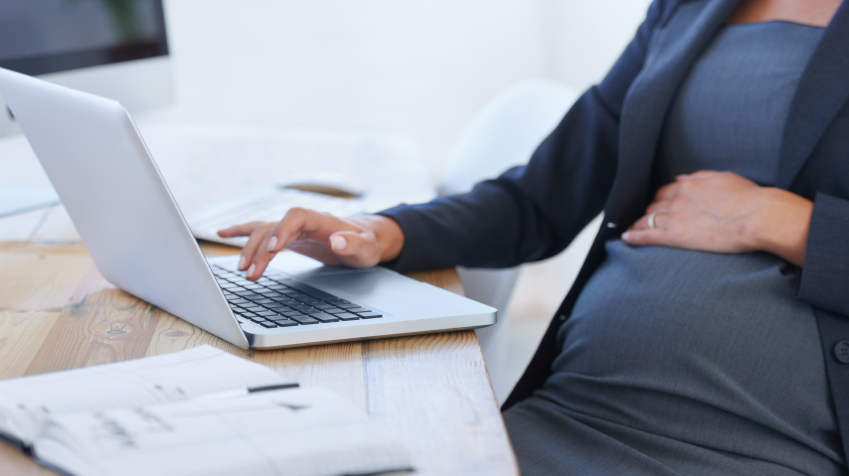 While many women continue to work with little change in their duties while pregnant, others find that pregnancy can be a career liability.

The workplace has become a more understanding place for pregnant women or new moms these days. Many companies now have lactation rooms and offer more liberal maternity and paternity leave policies than in years past.

But for some women, pregnancy can still be a career liability.

Heather Myers was fresh out of high school and working at a Wal-Mart in Salina, Kan., in 2006 when she found out she was pregnant. She kept a water bottle with her on the sales floor, as her doctor recommended. Then, her supervisor intervened.

"She said, 'I'm sorry, but we can't accept your doctor's note because we have ... the water fountains available to you,' " Myers says.

So Myers got a second doctor's note, but the supervisor rejected that, too.

"I was just a little shocked that this water bottle was kind of becoming this big deal, and they were even scrutinizing my doctors' notes," she says.

Myers was fired. She sued, and later settled out of court.

In March, Wal-Mart, under pressure from other women, amended its policy, saying it will take "reasonable measures" to accommodate temporary disability caused by pregnancy.

Refining The Concept Of 'Reasonable Accommodation'

Thirty-six years after Congress passed the Pregnancy Discrimination Act, there is still a debate about what employers are required to do for expectant mothers.

In recent months, New Jersey, West Virginia, New York City and Philadelphia have passed laws explicitly requiring employers to "reasonably accommodate" pregnant workers. And there are similar proposals in several other states and the U.S. Congress.

Some in the business community support such measures. But others, like the Illinois Chamber of Commerce, say such bills create legal confusion for businesses that must also comply with the Americans with Disabilities Act and other laws.

Jeffrey Risch, chairman of the employment law and litigation committee for the chamber, says "it's going to be both costly and confusing" — especially for small businesses, he says.

Emily Martin, general counsel for the National Women's Law Center, disagrees. "Unfortunately, a lot of employers don't understand that they have legal obligations," she says.

Which is why, she adds, the law needs more clarity. Martin says employers that don't comply are often in low-wage professions like retail and food service or in male-dominated industries.

"Truck driving or policing. Those are also workplaces that are both physically demanding and that may have a culture of some hostility to women being on the job at all," Martin says.

'Too Much Of A Liability'

Take the case of Peggy Young. She had an early-delivery shift for UPS in Maryland when she got pregnant in 2006. She says the staff nurse told her to get a doctor's note saying that Young should avoid lifting objects heavier than 20 pounds.

"But when I took the note in to the nurse, she basically said, 'Well, we don't give alternative work or light duty to off-work incidents,' " Young says. "I'm like, 'I'm pregnant. There's not an incident here.' "

Young shared her story at an Olive Garden restaurant, where she now waitresses. She says she knew that UPS had reassigned some co-workers because of high blood pressure or drunken-driving offenses, so she petitioned her manager to allow her to continue working.

"And he pretty much said, 'You're too much of a liability in our building — don't come back until you're no longer pregnant.'

His answer, Young says, was no.

UPS spokeswoman Susan Rosenberg says the lower court rulings show the company's policy is consistent with the law. In cases of medical need, the company accommodates workers — but pregnancy is not given special treatment.

"The courts determined that UPS policy is pregnancy blind," she says.

Young and her attorneys are waiting to see whether the high court will hear her case.