Accessibility links
The Ambitious Drive To Do Too Much Too Fast, On Screen And Off Transcendence is the directorial debut of Wally Pfister, a celebrated cinematographer. While his visual sophistication is evident, so is his limited experience with storytelling.

The Ambitious Drive To Do Too Much Too Fast, On Screen And Off

The Ambitious Drive To Do Too Much Too Fast, On Screen And Off 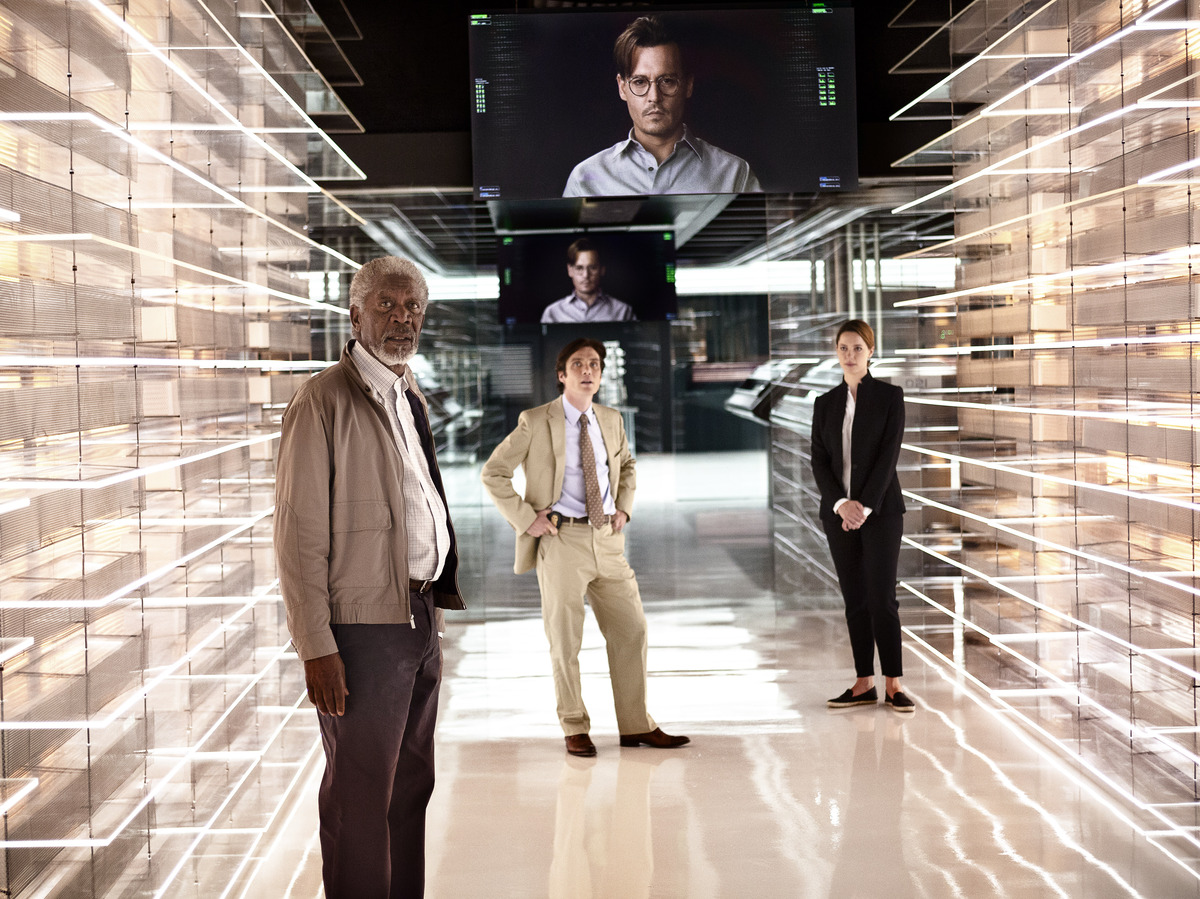 Transcendence seems like the perfect film for Wally Pfister to kick off his career as a director. Pfister emerged as one of the best cinematographers in the business through his collaborations with Christopher Nolan (which also won him an Oscar, for Inception), and one of the hallmarks of that collaboration has been their dogged commitment to shooting on film rather than digitally, even as the industry has rapidly abandoned the 20th century technology. With Transcendence, a science-fiction tale about an artificial digital intelligence putting our old-fashioned analog intelligence at risk of eradication, Pfister gets to play out that philosophical battle at a level with life-or-death stakes.

He establishes Will Caster (Johnny Depp) as a man with feet on both sides of that divide: He's the world's leading researcher in artificial intelligence technology, a man whose life is devoted to creating consciousness out of circuit boards, but his sanctuary at home is a lush, green garden where he listens to old LPs on a record player.

Caster fits neatly into sci-fi archetype as a scientist interested in the noble pursuit of pure knowledge — it's how that knowledge is used by others that winds up becoming a problem. As he says at one speaking engagement, it's his wife, Evelyn (Rebecca Hall), who wants to change the world; he just wants to understand it.

Not everyone views his intentions as so honorable, and when an organization known as RIFT (Revolutionary Independence from Technology), takes out most of his colleagues in a coordinated attack and leaves him with one month to live, it's Evelyn who suggests using his AI technology to allow the contents of his mind to live on after his body has died. Is the technology ready to house the fullness of a human mind? Their friend and technological ethicist Max (Paul Bettany) raises some cautionary objections, but Evelyn insists. What could really go wrong with such good intentions?

Plenty, as it turns out. As Caster's consciousness and processing power grows, so does its malevolent danger, and the story begins to draw on a variety of deadly sci-fi influences, from 2001: A Space Odyssey (Depp particularly seems to be consciously channeling HAL's creepy placidity once he is reborn into ones and zeros) to Invasion of the Body Snatchers. But as it turns out, the more relevant (and gentler) touchstone is more recent: Not unlike last year's Her, what the film really hinges on is the tricky notion of love between flesh-and-blood humans and sentient machines.

All of this feels not unlike Christopher Nolan's own films: grand, gorgeous works filled with stunning imagery that are as full of Big Ideas as they are Big Entertainment. Regular Nolan cast members like Cillian Murphy and Morgan Freeman (as an FBI agent and another tech researcher, respectively) bolster that notion. But what's harder to borrow is the director's gift for telling those big stories so effortlessly, and it's here where Pfister and Transcendence stumble hard.

Transcendence has hints of a richly complex story, but too often feels content just dumping the pieces of its puzzle out on the table without doing much assembly — or even making sure all the pieces are even there. Eliding certain details and allowing the imagination of the viewer to fill in blanks is essential to any fiction, science especially, but too often Pfister's choices gloss over things like essential character development or even basic cues for the passage of time — the massive underground compound that eventually houses Will's mind feels as though it blinks into existence in a matter of days.

Without real engagement with the characters, no matter how pretty the movie is (and it's very, very pretty), it can't help but feel hollow and more than a little dull. So while the subject matter might be well-matched to Pfister's particular interests, it's hard to get around the fact that no matter how much time he has spent behind a camera, this is still his first time as director. Nolan started small, on films like Following and Memento, before trying his hand at anything remotely this ambitious. Pfister's years spent developing a visual style may be visible right up there on the screen, but so too are the years he hasn't yet spent controlling all aspects of the storytelling process. Evelyn isn't the only one here who tries reaching too high, too fast.