Accessibility links
The Return Of The Many Shows They Call 'Orphan Black' Eric Deggans previews the return of a science fiction show that's also a police procedural and a thriller.

The Return Of The Many Shows They Call 'Orphan Black'

The Return Of The Many Shows They Call 'Orphan Black' 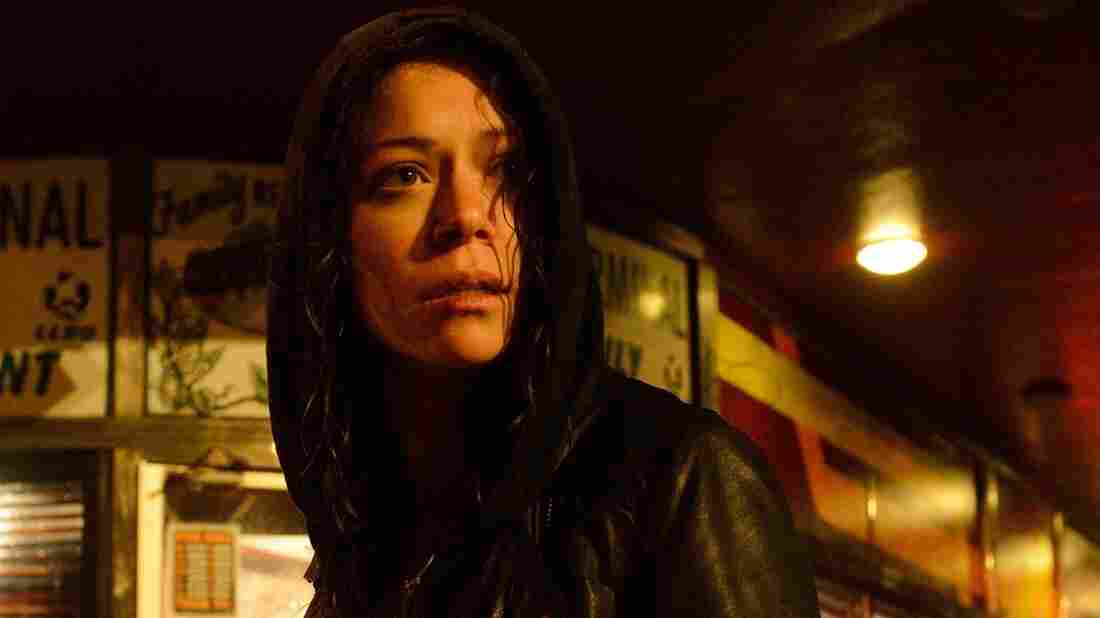 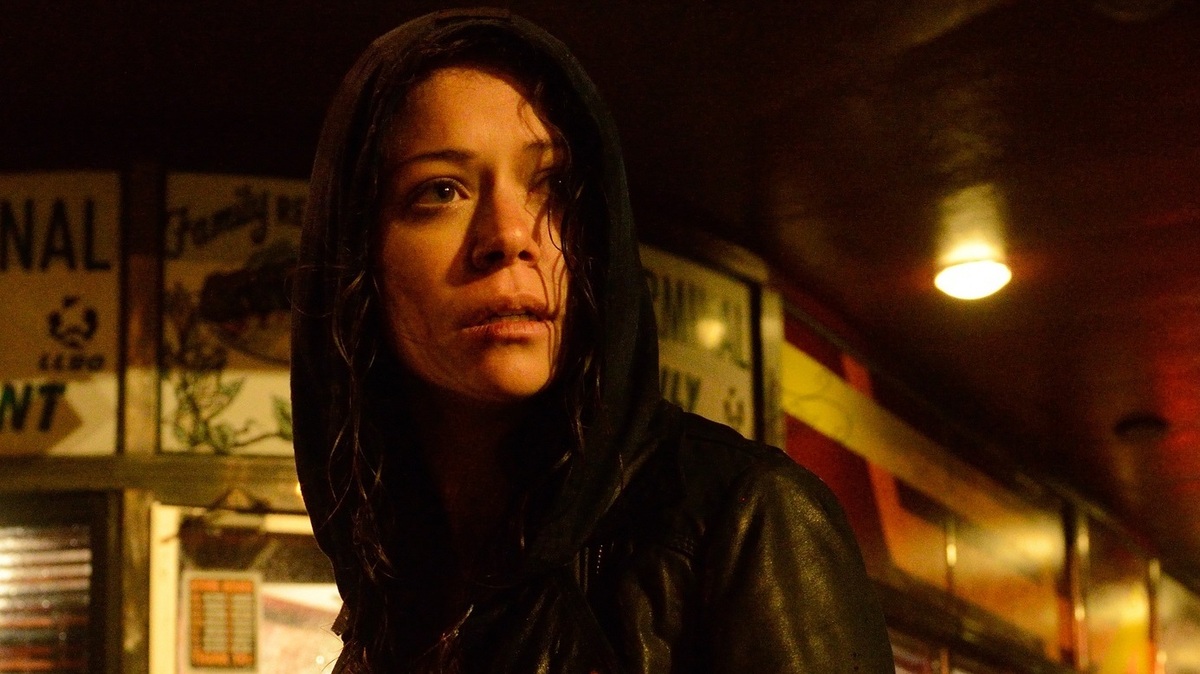 When I saw the first episode of BBC America's Orphan Black last year, I was convinced it was a crappy Canadian police drama.

That's because the set-up seemed like the oddest sort of crime procedural nonsense. A street urchin-style grifter sees a middle class woman who looks just like her leap in front of a commuter train, nabs her purse and climbs into her life – only to find her doppelganger is a troubled police officer with problems of her own.

Orphan Black fans know that was only the tip of the tale; grifter Sarah Manning learned she was one of more than a half dozen clones spread across the world. And someone was killing them off, even as others were suffering from a mysterious health breakdown which seemed connected to their unique heritage.

The show returns Saturday for its second season in fine form, with star Tatiana Maslany continuing her unerring ability to inhabit several different characters – many of them onscreen at the same time – and make you believe each one is separate and distinct.

Maslany's sizable achievements aside, however, I'm convinced another big reason Orphan Black stands as one of the best new series of last year is because it is really several different kinds of shows in one.

On the surface, it's a science fiction story about the dangers of science advancing ahead of legality and morality. As the second season opens, the clone we know best, British-raised Sarah Manning, has seen her daughter and foster mother disappear, possibly taken by the shadowy medical corporation that's monitoring the clones.

Last season, we learned one clone had been brainwashed into killing the others by a religious zealot. On Saturday, we will see that he is not alone; other people of faith have joined the quest to capture the clones, raising compelling questions about where God's laws end and man's ambition begins.

There's also a thriller element to all this, as several of the clones have banded together in hopes of discovering how they came to be and why the CIA-like Dyad Institute is so interested in monitoring and controlling them. The clone who is a buttoned-down housewife, Alison Hendrix, is the go-to for comedy relief, stuck performing in a god-awful community theater musical while enduring rejection from her soccer-mom buddies for a meltdown last year.

And don't forget the bits of cop drama: Sarah originally took the identity of police office Beth Childs. Now Beth's partner Art Bell has joined forces with Sarah to track the conspiracy, risking his own career in the process. A double murder in a diner – which Sarah happened to witness – only draws more police attention in Saturday's show.

The new episode is a rollicking return to form for the series, featuring Sarah confronting the Dyad Institute itself to find her missing child and foster mom. Maslany's command of her work is so complete in this second season, you barely notice when the Canadian actress plays against herself in scenes featuring two and three clones interacting at once. It's fascinating to see how they film it all.

But I'll always value how Orphan Black's ability to shift and combine genres — sometimes in the same scene — kept me hooked through the first season while supercharging the second.