Accessibility links
Loneliness And Longing — And Woody Allen — In 'Fading Gigolo' Bob Mondello reviews the new Fading Gigolo, a surprisingly sweet dramedy in which John Turturro plays the gigolo, Woody Allen plays his pimp, and things don't go nearly as wrong as they could. 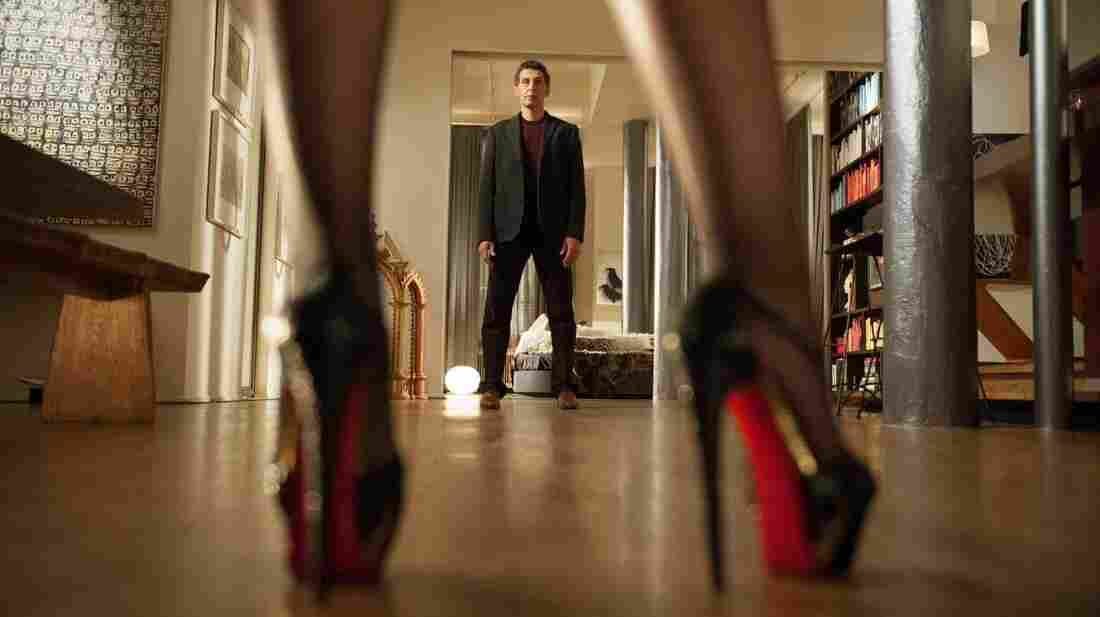 John Turturro plays a gigolo — and Woody Allen is his pimp — in the new Fading Gigolo. Millennium Entertainment hide caption 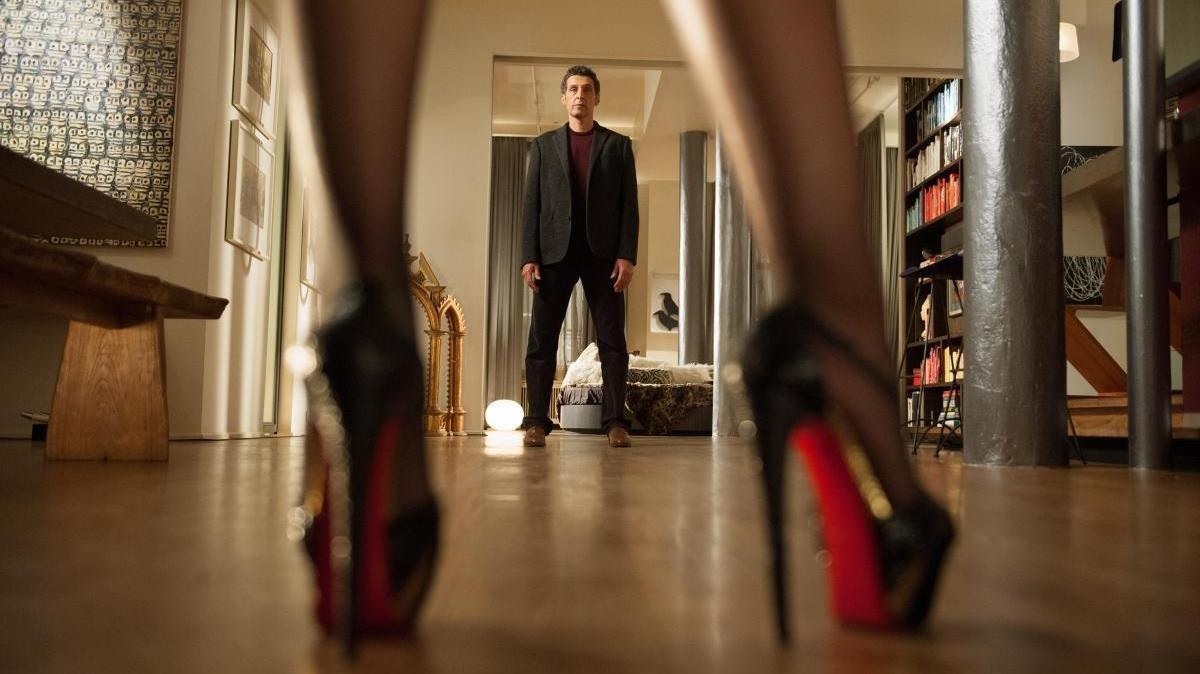 John Turturro plays a gigolo — and Woody Allen is his pimp — in the new Fading Gigolo.

Rated R for some sexual content, language and brief nudity

With his long face and hangdog appearance, actor John Turturro is no one's idea of a matinee idol — not even his own — so he raised a lot of eyebrows when he cast himself as the title character in Fading Gigolo. Even more when he cast Woody Allen as his pimp. So it may come as a relief when things don't go as wrong with what turns out to be a surprisingly sweet little dramedy as they might have.

The film begins in an Upper West Side rare books emporium with a going-out-of-business sign in its window. Head clerk Fioravante (Turturro), who also works as a florist, is packing up the shelves as the bookstore's soon-to-be-ex-proprietor, Murray (Allen), chatters away about a conversation he'd overheard between his dermatologist (Sharon Stone) and her friend (Sofia Vergara) about the possibility of arranging a menage a trois. They'd asked Murray if he knew an appropriate stud, and he says he responded, "Yeah, but it'll cost you a thousand bucks."

To Fioravante's astonishment, Murray caps the story by adding, "I was thinking of you."

Now, with these actors, this qualifies as a gag premise — maybe even one that makes you gag a little — but credit the script with understanding that. Fioravante protests that he's hardly a beautiful man, and rejects the idea out of hand. But without the income from the bookstore, both he and Murray could use need the money, so when the take-charge-but-clearly-skittish dermatologist hesitantly reaffirms her interest, Fioravante decides what the hell.

He shows up with orchids and, because he's nervous, a deadpan conversational manner that charms his customer. Things go well enough that she includes a tip with his fee, a fact that leads Murray to note hopefully that waitresses pool tips and split them.

Now, if this has you thinking "male fantasy on steroids," you're not wrong. But Turturro, who wrote and directed Fading Gigolo in addition to starring in it, is less concerned with the story's sex-farce potential than in its gentler, character-centric possibilities. In fact, he has conceived the promised menage a trois as a kind of anticlimax — one he builds to with more nuanced stories about, say, Murray's domestic situation with an African-American mom (Tonya Pinkins) and four kids, and about shomrim (Jewish police officer) Dovi (Liev Schreiber), who patrols Brooklyn for a neighborhood watch group that works with the NYPD and rabbinical courts. And bringing these disparate threads together is a grieving Hasidic widow (Vanessa Paradis), who becomes the innocent heart of Fading Gigolo when Murray introduces her to Fioravante, not for sex, but because widowhood has pulled her so utterly away from the world.

Turturro's direction owes a little something to Spike Lee, and a lot to Allen, who reportedly had a hand in helping refine the script — certainly his own lines sound as if he's simply riffing in character. Together they succeed in keeping the mood light, even as the filmmaker is gently tugging the plot in other directions — to look at loneliness, and longing, and heartbreak.

These are precisely the sort of things that, if you think about it, you'd expect to find in a film about a gigolo, though perhaps not a film with as much charm and sweetness as Fading Gigolo.