Accessibility links
A Scientific Experiment: Field Trips Just For Teachers Educators say the middle grades are a key time time to get kids jazzed about science, but many teachers say they lack the tools they need. In Chicago, a science museum is helping to fill the the gap. 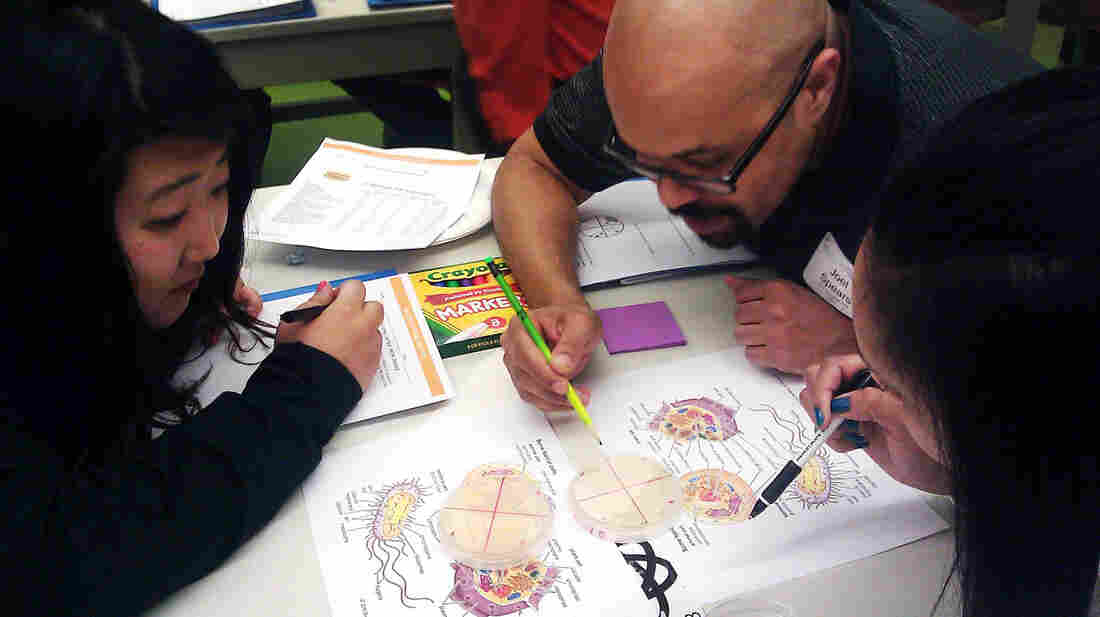 Science teachers huddle over bacteria colonies at Chicago's Museum of Science and Industry. The museum plans to train 1,000 area educators to be better science teachers in the next five years. Linda Lutton/WBEZ hide caption 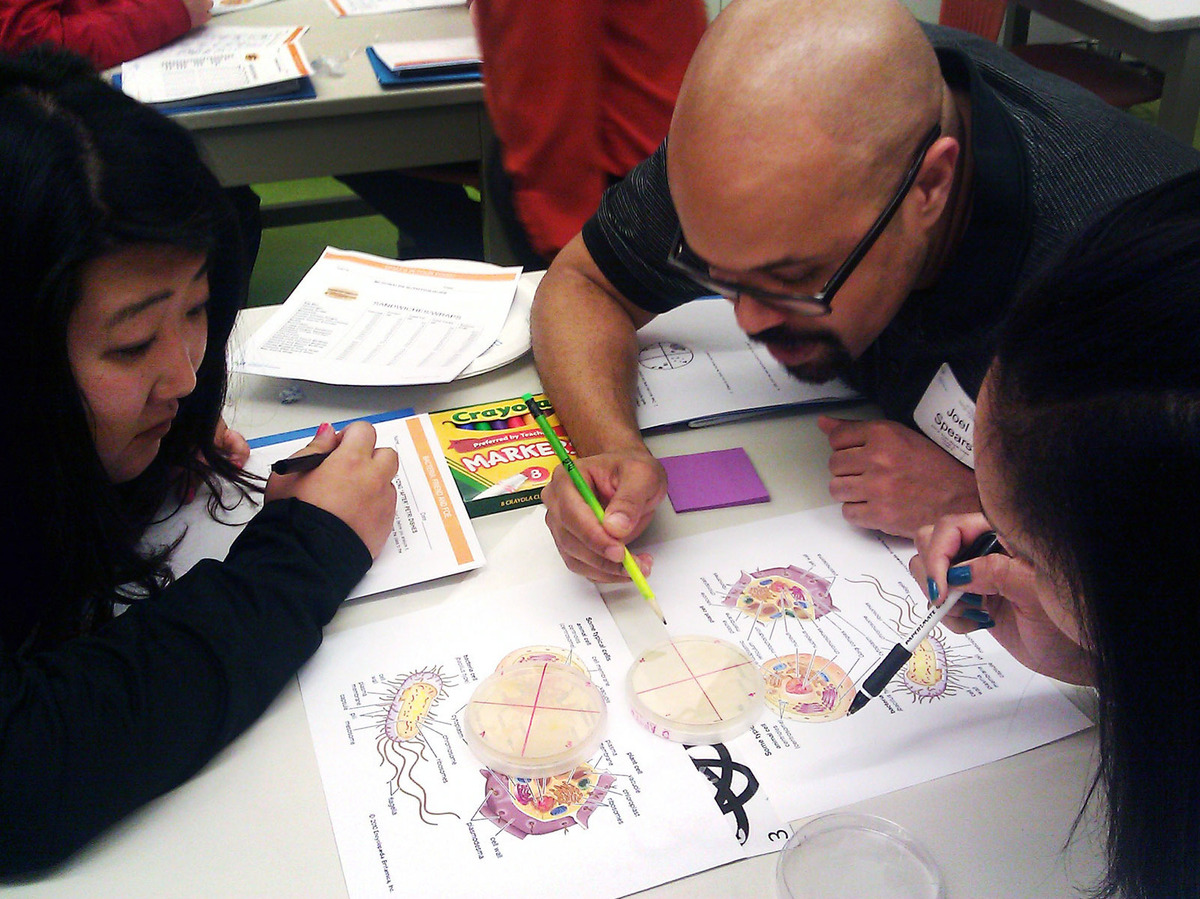 Science teachers huddle over bacteria colonies at Chicago's Museum of Science and Industry. The museum plans to train 1,000 area educators to be better science teachers in the next five years.

In a classroom across from the coal mine exhibit at the Chicago's Museum of Science and Industry, students are huddled around tables, studying petri dishes of bacteria.

But these aren't school-age kids — these students are all teachers, responsible for imparting science to upper-elementary or middle-school students.

That's a job that many here — and many teachers in grammar schools around the country — feel unprepared for.

"That's why I'm here," says fifth-grade teacher Joel Spears. "I teach all the subjects. I went in not knowing how to teach science, really. I didn't have the materials or the know-how to even teach it properly."

Once a month, Spears and dozens of other teachers come to the museum for a day of lessons and materials to then take back to their classrooms across the Chicago metro region.

Kids Get Hands-On With Science In A 'Dream Garage'

Teacher Jonathan Fisher, a philosophy major who avoided life science in college but now teaches it to fourth-graders, taught genetics to his class with an activity he learned here.

"The students used Styrofoam blocks and different body parts — so limbs and dowel rods and different-sized eyes — [and flipped] coins to figure out which genes would be passed on to their kids," he explains. "The classroom couldn't have been more excited."

Today, the teachers here at the museum will be given diagrams of cells, petri dishes, bottles of Glo Germ (a lotion that exposes bacteria on hands), and even instructions for a simple incubator that enables students to grow bacteria from their own dirty hands.

"One of the challenges in the U.S. in getting kids engaged in science is that we don't have enough really high-quality science teachers in the middle grades," says Andrea Ingram, who oversees education at the Museum of Science and Industry. "And that's kind of like the early childhood of science. We either capture kids' enthusiasm there, get them committed to science, or we don't."

Ingram says museums are important partners in improving science instruction, especially given tight school budgets. Museums are popular with business and civic leaders, for one, and where else can you find tornadoes, lightning and real cow eyeballs to dissect?

But the real test of this teacher training program is in schools like Sawyer Elementary on Chicago's Southwest Side. 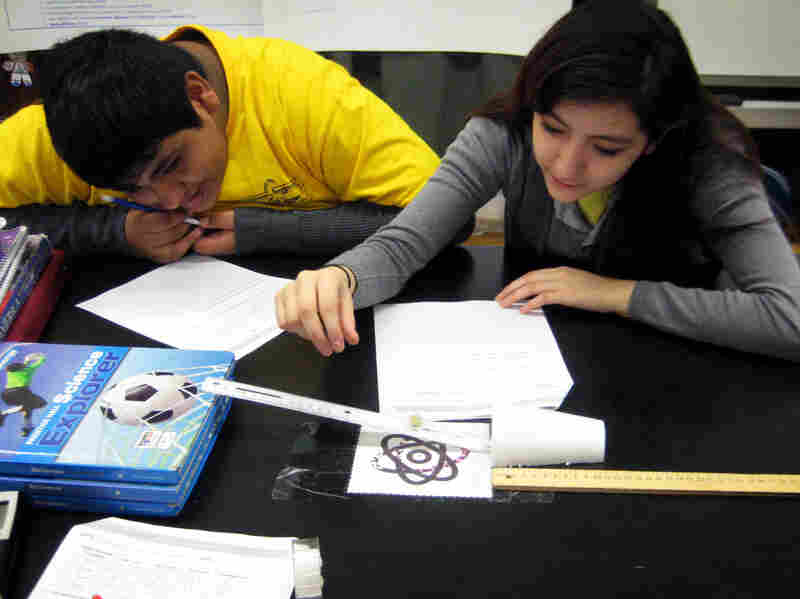 Students at Sawyer Elementary in Chicago try out a mechanical energy lesson that their teacher learned at the museum's training program. Linda Lutton/WBEZ hide caption 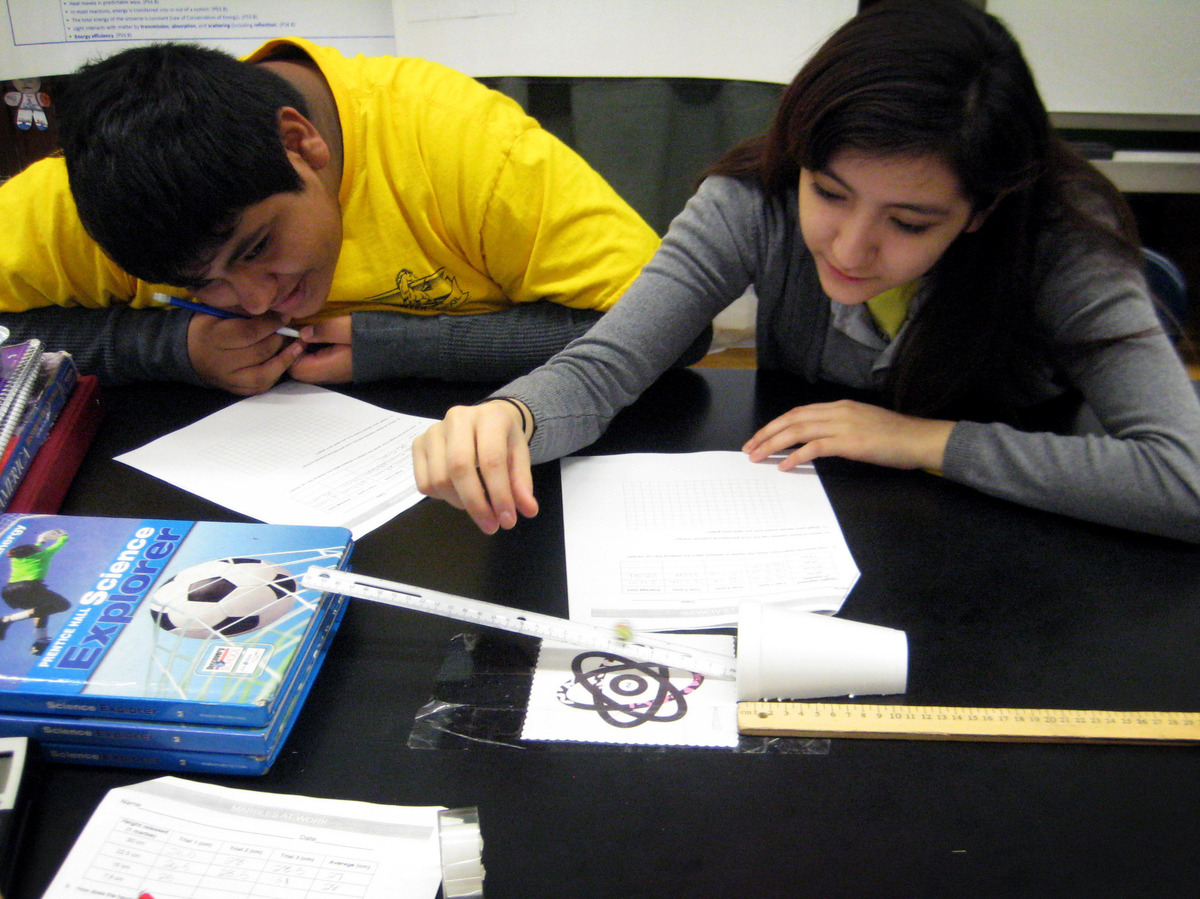 Students at Sawyer Elementary in Chicago try out a mechanical energy lesson that their teacher learned at the museum's training program.

Graciela Olmos, a teacher at Sawyer, first saw a lesson about mechanical engineering taught with marbles and rulers at a class at the museum. Now she's teaching it to her eighth-graders, who are rolling marbles down incline planes and measuring how far the marbles push a little Styrofoam cup.

Olmos says she's used to being told to teach to higher standards. The museum program, she says, has shown her how.

"They model for us, 'This is how it's going to look.' And that's something that we lack," she says.

That's not the only thing she lacks, she says. "We need so many things. We need to have science labs with gas lines and sinks."

Helping Teachers Who Are Spread Thin

Another challenge, she says, is not being able to focus strictly on science. "If my specialty is science, well, let it be science," she says. "Don't give me so many other things to do aside of that."

Joanne Olson, a professor of science education at Iowa State University and president of the Association for Science Teacher Education, says that "has been a perpetual challenge for us in science education, particularly at the elementary grades."

For years, Olson has been advocating for schools to have science specialists, much the way many P.E. teachers teach only physical education.

"You have one teacher who's dedicated to that particular subject area, and that way the teacher can be very well-prepared ... and doesn't have to take on literacy instruction, math and these other areas," she says.

Olson says a majority of elementary teachers have gotten fewer than six total hours of science training in the last three years. "Anything that can be done to help is a good thing," she says.

The Museum of Science and Industry plans to train 1,000 Chicago-area teachers in the next five years. A study of the program by Michigan State University has found that the teachers trained there know more science than they did before participating — and so do their students.