Accessibility links
'Chameleon Club' Takes On Too Many Colors Francine Prose's new Lovers at the Chameleon Club, Paris 1932 concerns itself with the malleability of truth — but stumbles with characters who are flamboyantly quirky, rather than truly engaging.

'Chameleon Club' Takes On Too Many Colors

'Chameleon Club' Takes On Too Many Colors 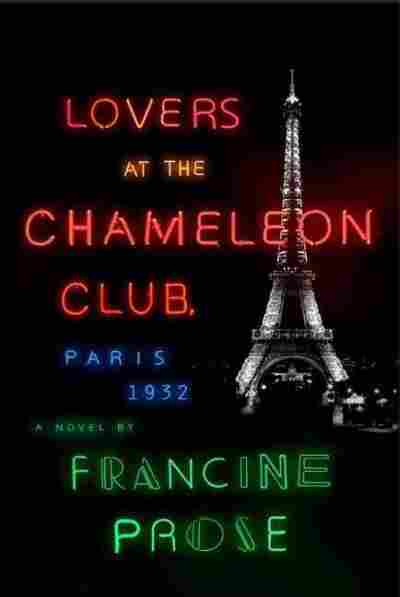 Lovers at the Chameleon Club, Paris, 1932

The narrators of Francine Prose's novel Lovers at the Chameleon Club, Paris 1932 are not to be trusted. In describing the life of Lou Villars, French racecar driver, cross dresser and Gestapo torturer, Prose tells a complex story about the malleability of truth when everybody is a collaborator.

Lou is based on Violette Morris, the real-life Olympian and spy who fed the Germans information about weakness in the French defenses. In the photograph that inspired the novel, Brassai's Lesbian Couple at Le Monocle, a thin, pretty girl stares into the distance. Morris, her lover, a stocky woman in a man's suit, grazes her elbow possessively with her fingers. In the novel, Le Monocle becomes the titular Chameleon Club, and the thin girl is Arlette, who leads Lou down the path to extremism.

A cross-dressing Nazi spy! An icy baroness with a secret conscience! A photographer who Lives For His Art! An aging Hungarian chanteuse whose lover drowned at sea! These are just some of the characters that populate the novel. Chameleonlike, Prose switches voices, from the photographer writing cringing, oily letters home asking for more money, to the unhinged biographer who can't leave herself out of Lou's story, to the memoirs of two women who worked for the French Resistance and loved the same man. And at the center sits Lou Villars, impenetrable as a stone.

Alas, if the characters were less flamboyantly interesting-with-a-capital-i, they might be a little more interesting. They feel like set pieces, circus acts like the Bearded Lady who works at the Chameleon Club. It is not enough to be a lesbian Nazi spy or tortured Hungarian artist. You must also be a person.

This tendency to let lurid descriptors stand in for psychological complexity is most egregious in the first half of the novel. The later parts of the book, which deal with the Nazi occupation of France, are better because they show the way these characters strive to pardon themselves: After the war, everybody says they worked for the Resistance.

The Baroness is one of the most compelling narrators in this cast of characters — she has a slight acidity, and is occasionally even funny. Smuggling a refugee across the French border, taking pills to stay awake, she writes, "I wish our conversation could have been recorded. I found it intensely interesting: the jabbering of two women high on Nazi amphetamines and the prospect of freedom. But maybe it would have sounded like those tedious postwar novels about a beatnik road trips through the American West."

The Baroness, like everybody else, is looking for absolution. Criticized for buying art cheaply from desperate artists, she writes, "As for those who have criticized me for amassing a priceless art collection so inexpensively, let them search their own hearts and ask themselves what they would have done in my position ... One of my hopes is that the proceeds from this memoir will help me find a way to share that beauty with the world, preferably in an architecturally significant small museum or rural foundation." This is Prose's humor at its understated best. But often, to know that something is supposed to be a parody is not enough to get the reader through the many long pages of unimaginatively purple prose. And when the parody is so restrained as to be undetectable, then we are left with just unlovely writing.

This is not a bad book. But the ghosts of the better books it could have been flit frustratingly around the edges.