Accessibility links
'Forcing The Spring' Tells One Chapter In Story Of Marriage Equality The strategy of going to the Supreme Court to challenge Proposition 8 was controversial within the gay-rights movement. Now, Jo Becker's new book is proving to be controversial as well. 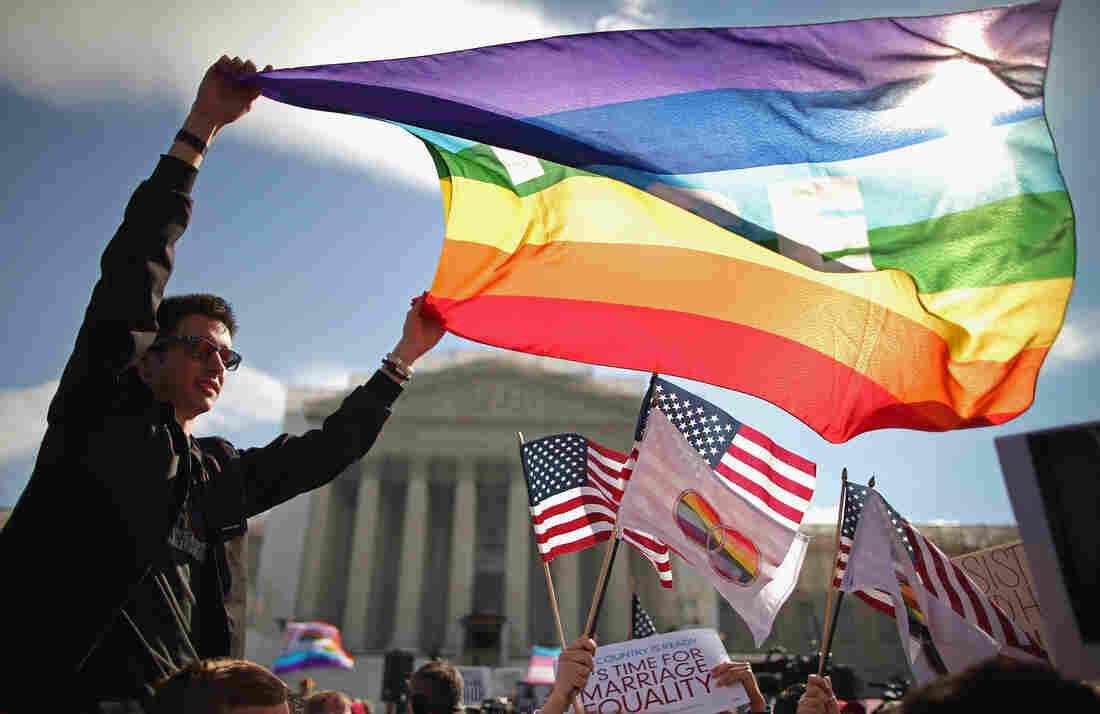 In her new book, Forcing the Spring, investigative reporter Jo Becker goes behind the scenes in the fight for marriage equality. Above, Eric Breese of Rochester, N.Y., joins hundreds of others to rally outside the Supreme Court during oral arguments in a case challenging the Defense of Marriage Act on March 27, 2013. Chip Somodevilla/Getty Images hide caption

In her new book, Forcing the Spring, investigative reporter Jo Becker tells the behind-the-scenes story of an important chapter in the fight for marriage equality. She embedded with the team that challenged Proposition 8 — the 2008 anti-gay-marriage California ballot initiative that called for amending the state constitution to say that the state would only recognize marriage between a man and a woman. 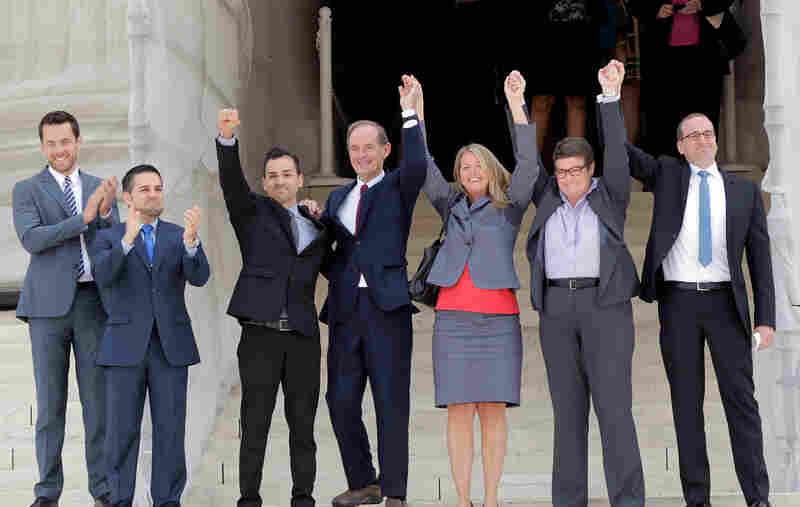 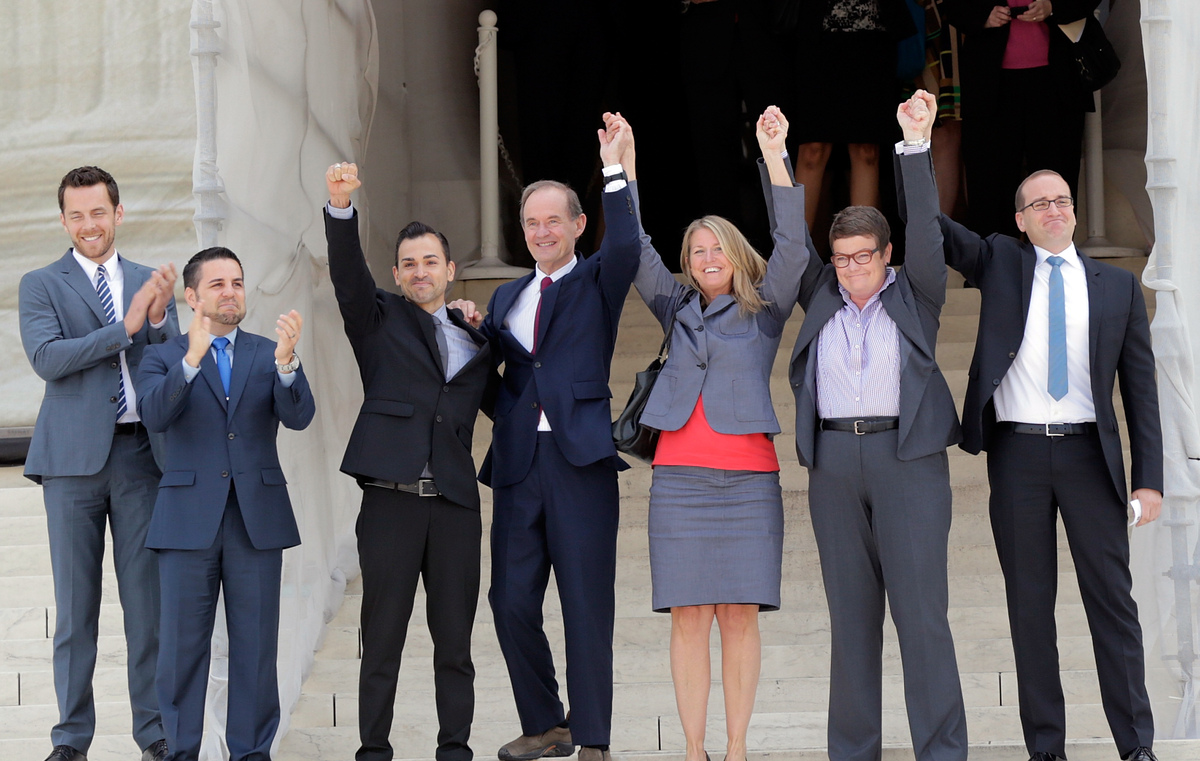 The legal team challenging Proposition 8 — and arguing in support of gay marriage — was headed by high-profile lawyers Ted Olson and David Boies; they were opponents in the Supreme Court case Bush v. Gore, after the contested 2000 election.

The strategy of going to the Supreme Court, and having two superstar lawyers — as opposed to the legal teams that had worked for years on marriage equality — was controversial within the movement. Now Becker's book is proving to be controversial as well.

"The book is about one chapter in a larger narrative, and that narrative includes so many people who worked so hard on this issue when the going was far tougher than it is today," Becker tells Fresh Air's Terry Gross. "But what changed in this moment was the strategy — to the extent that a group of people came together in what was a really dark moment in the gay-rights movement — a moment when California, of all places, enshrined a ban into its constitution — and said [this] state-court-by-state-court and ballot-box-by-ballot-box strategy isn't working. ... They wanted to do something quite radical, really quite radical, which is bring this cause to the Supreme Court."

It wasn't that everybody didn't share the goal and want a nationwide, 50-state ruling that gay and lesbian couples had a constitutional right to marry. But the worry was that the country wasn't ready, that the court wasn't ready and that they would lose. ... They were very worried that this litigation would lead to a terrible setback at the Supreme Court. ...

Five years ago ... [there were] only two states where gays and lesbians were allowed to marry, just two. ... Now we have 17 states and public opinion has completely flipped. But at that time, they just thought "the court is not going to be with you" and they were so fearful that if they were to take this to the Supreme Court and the court were to uphold bans like Proposition 8, that would be a terrible setback to the entire LGBT community.

What was really interesting to me is the echoes of the kind of similar debate that took place in the previous century over the civil rights fights that African-Americans waged. There were people who thought, "You're moving too fast! The courts aren't ready!" back then.

On echoes of the civil rights movement

The gay-rights community had a strategy going in; they thought that they needed to have 30 states with some form of recognition — whether that be marriage, whether it be civil unions — but they wanted to have 30 states signed on before they went to the federal courts. What was really interesting to me is the echoes of the kind of similar debate that took place in the previous century over the civil rights fights that African-Americans waged. There were people who thought, "You're moving too fast! The courts aren't ready!" back then.

On why she wanted to tell this story

What drew me to the story, really, was to explain to people what it's like to be a plaintiff in these major civil rights fights. What does it feel like to be the judge who is hearing this case and who is himself gay and what is he thinking and feeling as the evidence is going on?

It's a story of families and what the children of these plaintiffs in the Proposition 8 case felt as people made arguments about what kind of families are best for children. But ultimately what it really is about ... is what it feels like, as [plaintiff] Kris Perry testified, to want something so badly that other people have and have people tell you that you can't have it. 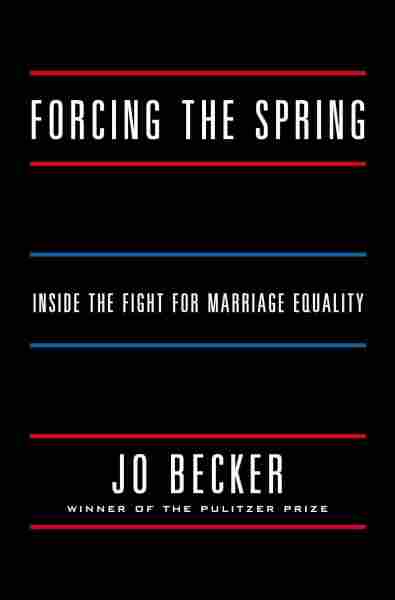 Inside the Fight for Marriage Equality

On the first day that they got there, right before the trial started, there was a political war room, a big white room and [Human Rights Campaign President] Chad [Griffin] wrote "50%" on this whiteboard and looked at his team of political operatives that he had assembled and said: That's the goal. By the time this case gets to the Supreme Court we need 50 percent of America with us. And it seemed crazy at the time, just [a] crazily audacious goal.

But they went to work. I think that as public opinion shifted, as people saw the kind of headline potential — having these two lawyers [Olson and Boies] who were mortal enemies in a presidential battle fighting on the same side — it brought this fight into the public consciousness and onto the front page in a way that hadn't really been done before.

Even at the very outset of this case they were already thinking three steps ahead. What they did actually at the very beginning was they pulled Justice Kennedy's two landmark gay-rights decisions, one was ... Lawrence v. Texas, another was a case out of Colorado called Romer v. Evans -- and they pulled all of the language, all of the things he had talked about in the context of gay rights.

They talked about "human dignity." If you go back and you look at all the press conferences, the concept of human dignity was said over and over and over again. It wasn't just in court — it was in the press statements as well. So the legal team and Chad's public education team worked very much hand in hand to make sure that whatever they were putting out there for the public — that the justices might digest in a newspaper article — mirrored the arguments that they were making in the court. And all of it [was] pulled from Justice Kennedy's decisions and designed to appeal to what they hoped and believed would be his view of same-sex marriage. 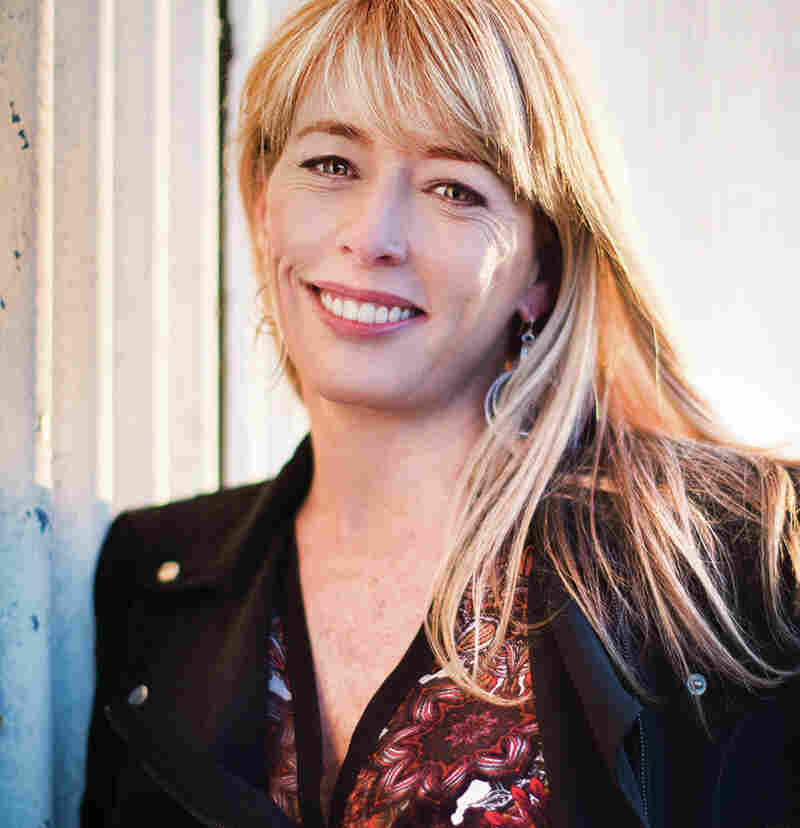 Jo Becker is an investigative reporter with The New York Times. When she was at The Washington Post, she shared a Pulitzer Prize with Barton Gellman for their reporting on then-Vice President Dick Cheney. Piotr Redlinski/The Penguin Press hide caption 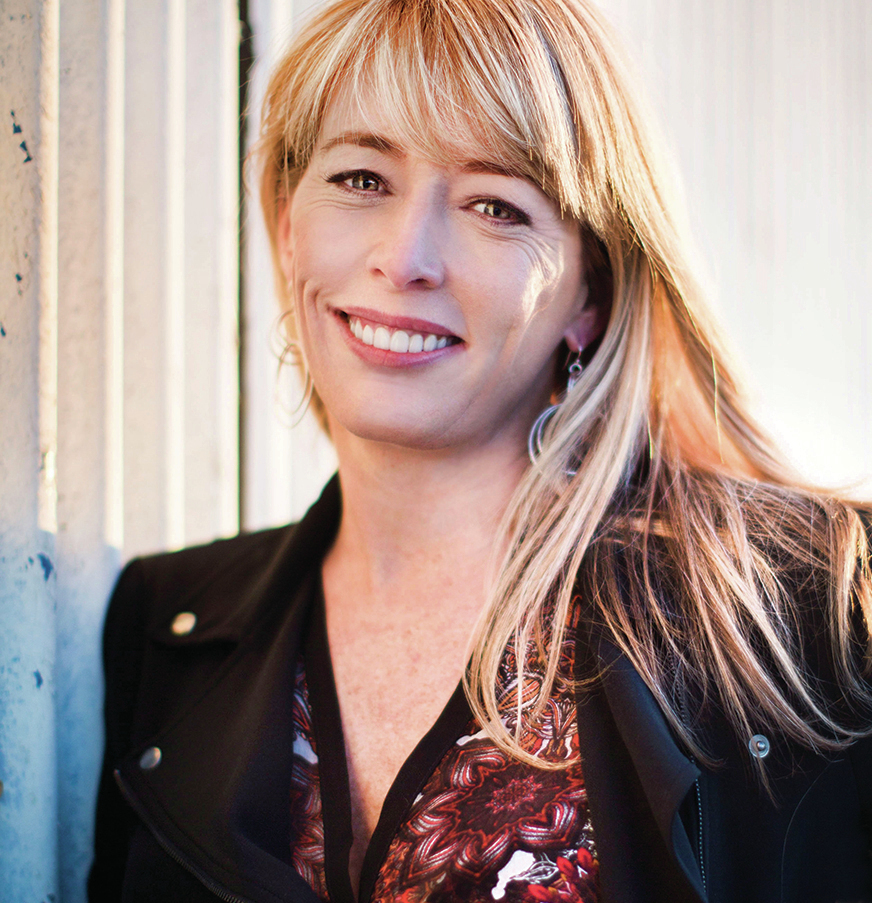 Jo Becker is an investigative reporter with The New York Times. When she was at The Washington Post, she shared a Pulitzer Prize with Barton Gellman for their reporting on then-Vice President Dick Cheney.

Chad at this point was the incoming president of the Human Rights Campaign. ... He figured he'd get one question with the vice president. ... In one of these strange accidents of history [Chad is] watching the vice president play with these kids outside and he's thinking, "You know what? I'm not letting him get away with this. I'm going to make it personal."

So when it was his turn to ask the question he looked at the vice president and he said, "You're in this lovely home, you've been playing with these kids, I would like to know as a matter of personal opinion where you stand on marriage equality."

And the vice president was clearly kind of uncomfortable and he flipped the stool around so that the back of the stool was kind of between him and the audience but then he started going and he talked about how his kids can't imagine — people of a certain age can't imagine — that this is even an issue anymore. And it was like once he got going he sort of couldn't stop and said, "Our job is to keep this rolling towards the inevitable."

And Chad was stunned. ... Even [Biden's] staffers said it was like his hard drive was erased. ... I ended up talking to the vice president about that moment and he said it sort of like that — it was this enormously important moment and the way that he translated what Chad asked him was, "What do you think about us?" And he said ... it was one of the most poignant questions he had ever been asked. He just sort of thought, "Well, I'm going to say what I feel." And he did.

The interesting thing about [Biden's appearance on] Meet The Press is that [it] happened two weeks later and the vice president told me it was still this encounter — that question Chad had asked — was still ringing in his head. So when David Gregory asked him ... he basically gave the same answer. It's like he couldn't go back anymore to what he used to say. ... [Later] his communications director said, "Um, I think you just got ahead of the president on gay marriage."

Read an excerpt of Forcing the Spring

Prop. 8 Plaintiffs Marry In California, After Stay Is Lifted

The Legal Battle Over Same-Sex Marriage