Accessibility links
Army Vs. National Guard: Who Gets Those Apache Helicopters? The Army plans to take all Apache attack helicopters from the National Guard. The Guard says that's an insult, but Army leaders say it's not personal — it's just about saving money. 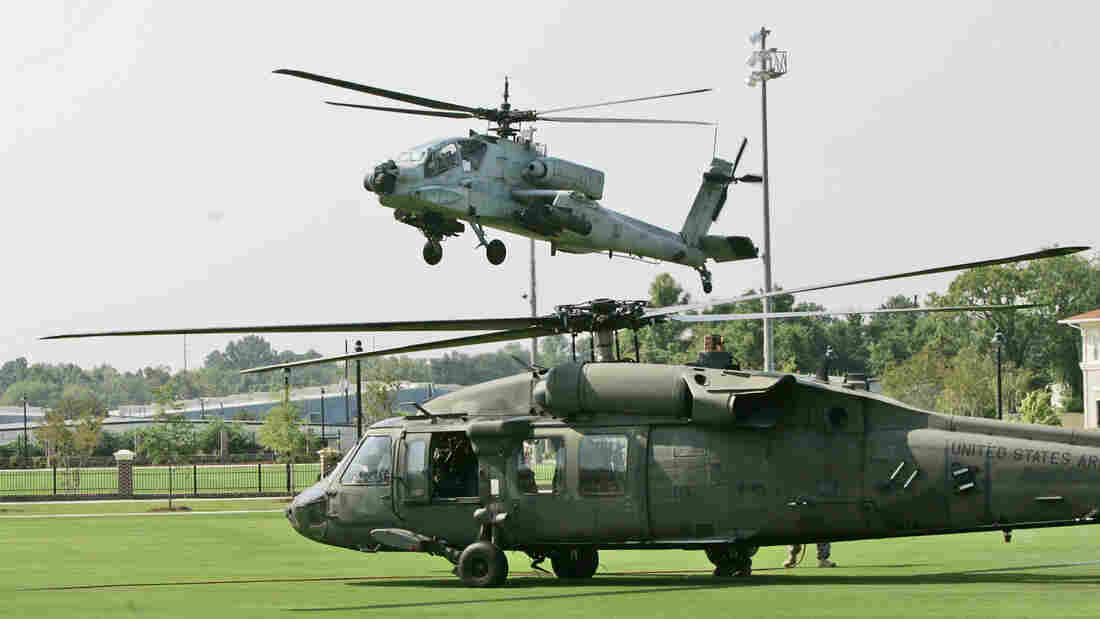 An airborne Apache attack helicopter takes off above a Black Hawk helicopter from the South Carolina Army National Guard base in Eastover, S.C., in 2007. The Army is planning to move all the National Guard's Apache helicopters to the regular Army, a move opposed by many in the Guard. Mary Ann Chastain/AP hide caption 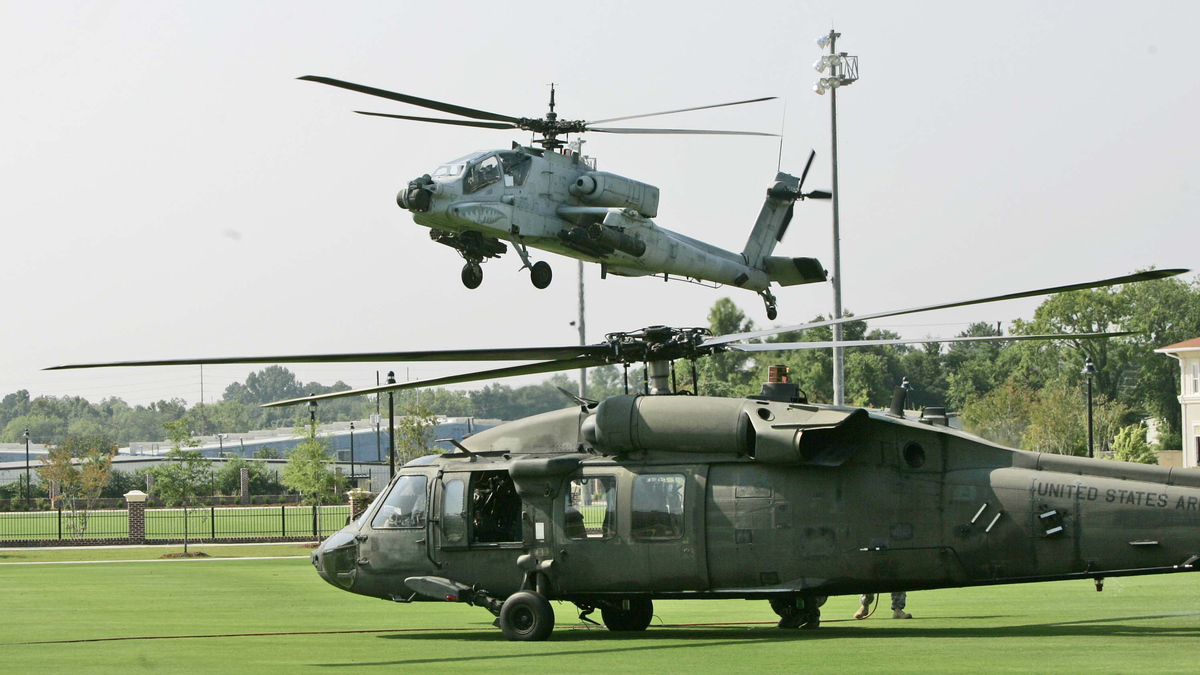 An airborne Apache attack helicopter takes off above a Black Hawk helicopter from the South Carolina Army National Guard base in Eastover, S.C., in 2007. The Army is planning to move all the National Guard's Apache helicopters to the regular Army, a move opposed by many in the Guard.

For decades the National Guard has fought hard against the stereotype that it was the place to avoid the draft during the Vietnam War, or that it's a place to get college money rather than combat duty.

Guard leaders thought that after more than a decade of war in Afghanistan and Iraq they had finally earned some respect. So it was a body blow when the Army's top officer, Gen. Ray Odierno, unveiled his plan on Capitol Hill to take all of the National Guard's Apache helicopters and move them to the regular Army.

The move would shift the nearly 200 Apache attack helicopters from the Guard and replace them with about 100 Black Hawks, the less glamorous, less lethal, troop-carrying helicopter.

"For me personally, I'm insulted by it. Most guardsmen that I talk to, they feel insulted," says retired Maj. Gen. Gus Hargett. He heads the National Guard Association, a lobbying group with a lot of clout on Capitol Hill. "They feel like they are now being told after 12 years of war that somehow they are just not the equal to the active guys."

But Army officials say it's not about equality; it's about affordability. The Army must find ways to make ends meet now that the defense budget is coming down.

"The debate is about how to make these cuts in the Army, and in particular how to allocate cuts between the active component and the reserve component," says Todd Harrison with the Center for Strategic and Budgetary Assessments.

Harrison says the Army's plan makes sense. Having all the attack helicopters in the active force means they can be ready at a moment's notice for war. Not so with a National Guard pilot.

"It takes a little longer to spin them up and deploy them if you need to," he says.

What's The Right Size For The U.S. Army?

Defense officials say Guard Apache pilots were given more routine missions during the wars, like convoy escorts. But the Guard says those missions are not necessarily easier. They point to a letter from a Marine commander in Afghanistan, praising Idaho Guard pilots for saving Marine lives when insurgents attacked a convoy.

National Guard troops are under the control of the state governors, unless they're called to war by the president. And Harrison says the governors would be better off with more Black Hawks, which can carry cargo and more than a dozen people.

"I would think a Black Hawk helicopter is going to be far more useful in a natural disaster situation than Apache attack helicopters," he says.

But Gen. Hargett of the National Guard Association says the states already have plenty of Black Hawks, and they made good use of them during Hurricane Katrina in 2005.

"You know, we filled the skies of New Orleans with Black Hawk helicopters from the Guard," he says. "How many can you put in the sky at one time? How many do you need at one time?"

Hargett dismisses the view that his Guard Apache pilots are not as ready for war.

"Most of our Apache battalions are comparable readiness numbers to the active duty guys," he says.

Now those experienced pilots, Hargett says, will either have to retrain to fly Black Hawks, or leave the Guard. That means the Army will lack a reserve in the event of war.

"We will have no Apache helicopter pilots sitting on the bench to go in the game," he says.

The Guard proposed a compromise. It would transfer 40 percent of its Apache helicopters to the active Army. Army officials rejected it, and some privately say the Guard's position is more about preserving state jobs than combat readiness.

This battle is far from over. President Obama has received a letter opposing the Army plan to remove the Apaches from the Guard. It was signed by all 50 governors.