Accessibility links
Citizen Volunteers Arm Themselves Against Crime In Rural Oregon High unemployment and the growing use of meth and other drugs have fueled an explosion of property crimes. Amid cuts to law enforcement, community watch groups are cropping up to fill the vacuum.

Listen · 3:57 3:57
Citizen Volunteers Arm Themselves Against Crime In Rural Oregon 3:57 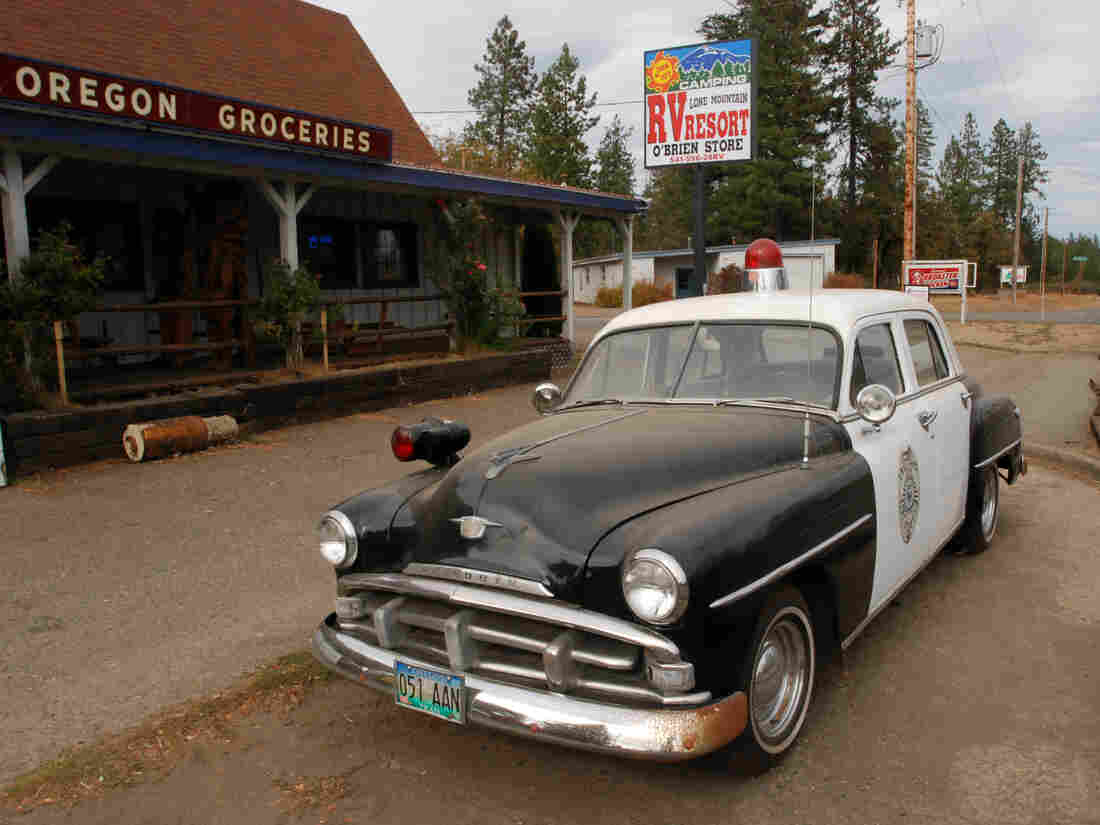 An old police car is permanently parked on the highway through O'Brien, Ore., where cuts to the sheriff's office have prompted some locals to mount crime patrols. Jeff Barnard/AP hide caption 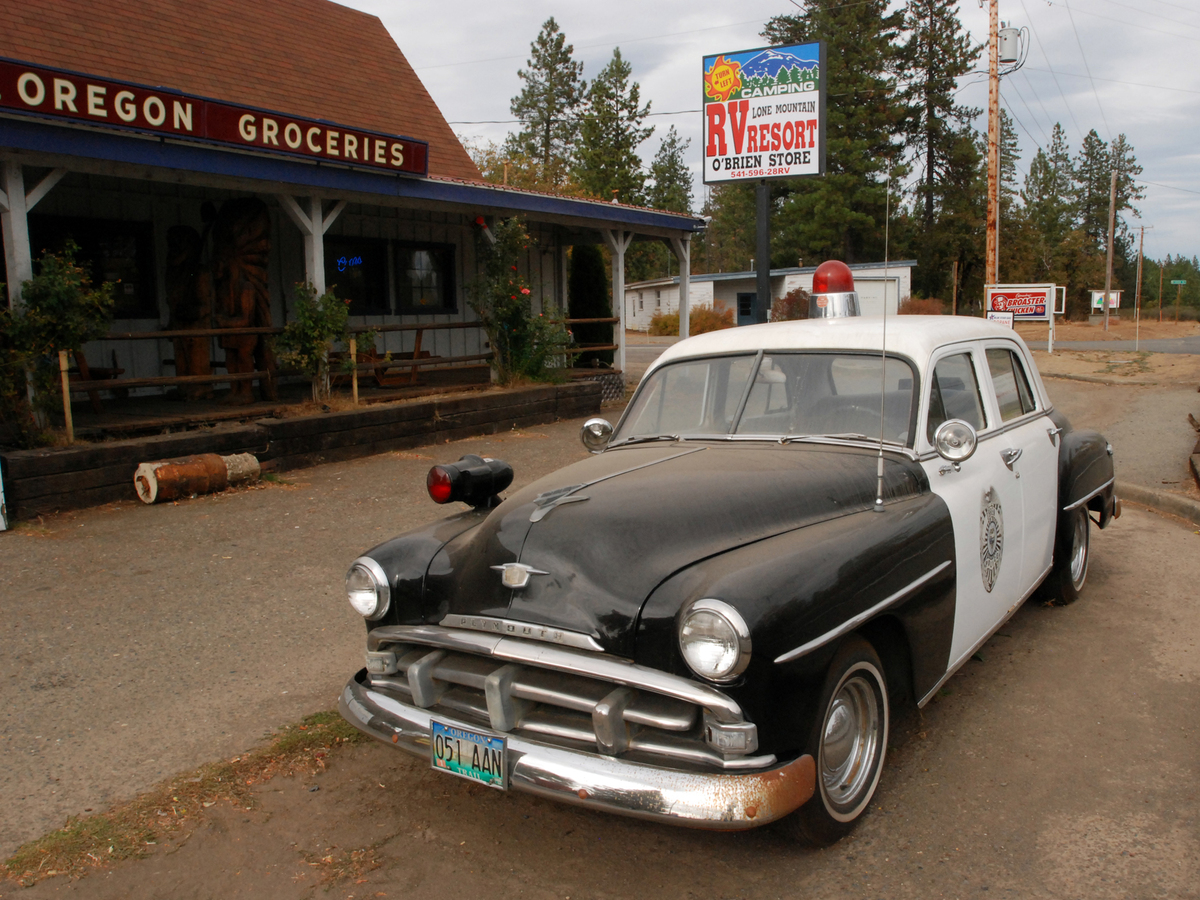 An old police car is permanently parked on the highway through O'Brien, Ore., where cuts to the sheriff's office have prompted some locals to mount crime patrols.

It's after 10 p.m. as Sam Nichols slowly cruises through the tiny town of O'Brien, Ore., shining superbright spotlights into the shadows.

"We're just checking this commercial building here, just to make sure there's no one hiding around it or anything," Nichols says.

Nichols' King Cab pickup has a yellow flasher on top and signs on the doors identifying it as a Citizens Against Crime patrol. Riding with Nichols is fellow volunteer Alan Cress.

"We're not trying to take the place of law enforcement," Cress says. "In fact, we have a great deal of respect for what law enforcement does. We recognize the limited resources they have, and we're just trying to keep a presence out there."

You might think, out in the country, there's not much crime to speak of. But in rural southern Oregon, high unemployment, the growing use of meth and other drugs, and the sudden lack of law enforcement has fueled an explosion of burglaries, vehicle thefts and other property crimes.

For decades, revenue from timber sales on the federal land that makes up 70 percent of Josephine County kept property taxes low and county government functioning. As logging dramatically declined, those payments dried up.

After two failed property tax levies, the sheriff's department's budget was cut by more than half. Two-thirds of the staff was laid off. A single deputy was left to patrol the entire county.

In the small town of Merlin, members of the North Valley Community Watch Responder Team sit in a classroom in a civic building. At the whiteboard is Ken Selig, a 33-year veteran of the sheriff's department. Faced with being laid off, he retired.

Today, he's preparing the volunteers for a training exercise. They're practicing how to search a building where an intruder may be hiding.

When it's time for the drill, team members cautiously maneuver down the hallway, searching room by room with unloaded guns drawn.

"Neighborhood watch!" they shout. "Police are on their way! Show us your hands!"

Selig says the cutbacks left a vacuum. Soon, he and other concerned neighbors formed the community watch.

"So we started to train," Selig says. "I used the same lesson plans, the same things that when I taught at the academy."

The group began taking those lessons into the community, something that made a difference to resident Jeff Bailey. Awhile back, Bailey noticed a tarp hiding something way back on a neighbor's forested land.

The sheriff's department was contacted but didn't respond, so residents called the Community Watch Responder Team. Members confronted the squatters, advised them that they were trespassing, and they left.

Bailey says that after a string of break-ins and car thefts in the area, he appreciates that presence.

"It's solving the problem, No. 1, and it's also kind of sending a message that people are watching and people are willing to do something about crime in the area," he says.

'We Can Do This Ourselves'

There are now at least four communities in the county with citizen safety groups. County Sheriff Gil Gilbertson says he supports neighborhood watches, but he worries when he recalls a community meeting he attended.

"The gentleman sitting right next to me kept repeating, 'We're not going to hire any more of you guys, we're not going to pay for you because we can do this ourselves.' Well, that really concerns me," Gilbertson says. "That does concern me."

Next month, Josephine County voters will have another chance to approve a public safety levy. But members of the citizens groups say they've found a new sense of self-reliance. Even if the sheriff's department returns to full funding, they say, they'll continue protecting their communities.