Accessibility links
Subminimum Wages For The Disabled: Godsend Or Exploitation? Activists say a federal law that allows employers to pay people with disabilities pennies per hour is out of date and should be changed. But some say the law is a lifeline for the disabled. 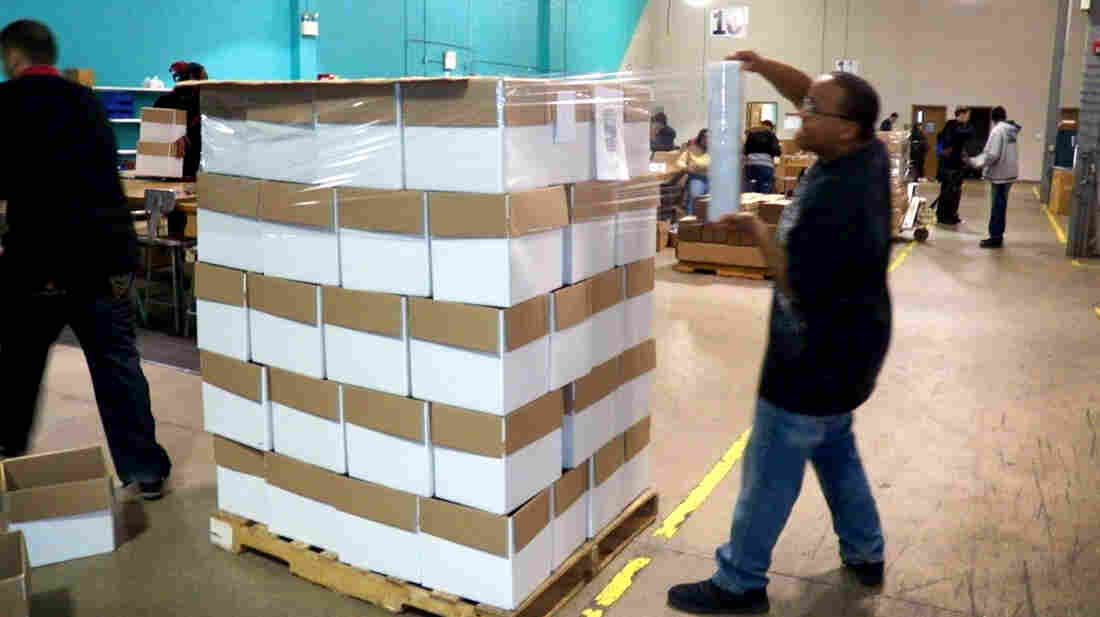 The president recently signed an executive order raising the minimum hourly wage to $10.10 for workers employed by federal contractors — including those with disabilities.

That's a victory for disabled workers who can make just pennies per hour at so-called sheltered workplaces.

Subminimum Wages for the Disabled

There are four types of employers in the U.S. that can pay subminimum wages to workers with disabilities. They are:

While some call sheltered workshops a godsend, others say they are examples of good intentions gone wrong.

Sertoma Centre, located in Chicago's south suburbs, is one such organization. It provides employment opportunities to about 250 people with disabilities through subcontracting jobs such as packaging bottles for microbreweries.

Pay at the Sertoma Centre and other sheltered workshops is regulated by the Fair Labor Standards Act of 1938, a law originally intended to encourage the hiring of veterans with disabilities. It allows companies — including some federal contractors — to pay subminimum wages, based on how productive a person with disabilities is compared to a nondisabled worker doing the same task.

At Sertoma, workers might earn anywhere from 25 cents to Illinois' minimum wage of $8.25 per hour.

But the concept has increasingly come under fire by disability advocacy groups. They say the workshops reinforce a life of poverty, leaving thousands isolated and exploited by their employers.

Curtis Decker, who heads the National Disability Rights Network, says sheltered workshops were originally a good idea, a place where people "could get trained, be protected and learn some skills."

But, he says, the concept is way out of date.

"Forty or fifty years later, we have ... people in these segregated workshops not moving out, not getting into competitive employment, and making well below the minimum wage," he says.

With the passage of the Americans with Disabilities Act, there's been more emphasis on placing disabled workers in the mainstream labor market. Decker and others are calling for an end to sheltered employment.

They have the support of the Justice Department. Acting Assistant Attorney General Jocelyn Samuels recently announced a settlement with Rhode Island calling for the state to provide typical minimum wage jobs for disabled workers in their communities, and to phase out many sheltered workshops.

Executive Director Gus van den Brink says the Sertoma Centre and other agencies do work to find jobs for disabled people in the community, but the focus should not be on shutting down all sheltered workshops. He says it would be nearly impossible for some people with severe intellectual disabilities to get a job at all. It's sheltered workshops, he says, that give them a chance to work and earn a paycheck.

"Some of the individuals may not even completely understand what the value of that paycheck is," van den Brink says. "But they know they are receiving a paycheck, so they are getting a lot of self-esteem. They are very proud of it."

Even so, Assistant Attorney General Samuels says the Justice Department will work with other states to make sure some workers with disabilities have the opportunity to do their work, as she puts it, at "real jobs for real wages."