Accessibility links
In Tasmania, A Food Bounty As Spectacular As The Scenery The Australian state known for its marsupial "devil" has a local food scene that might be described as heavenly. If you can't try it person, get a taste with these Tasmania-inspired recipes.

In Tasmania, A Food Bounty As Spectacular As The Scenery

In Tasmania, A Food Bounty As Spectacular As The Scenery 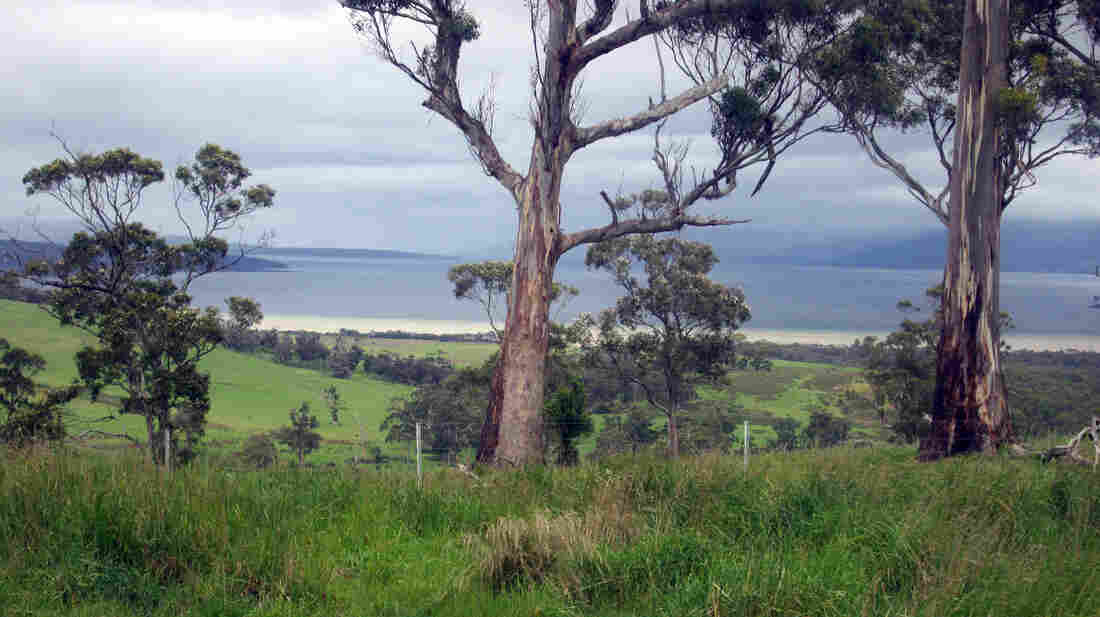 Enlarge this image
Laura B. Weiss 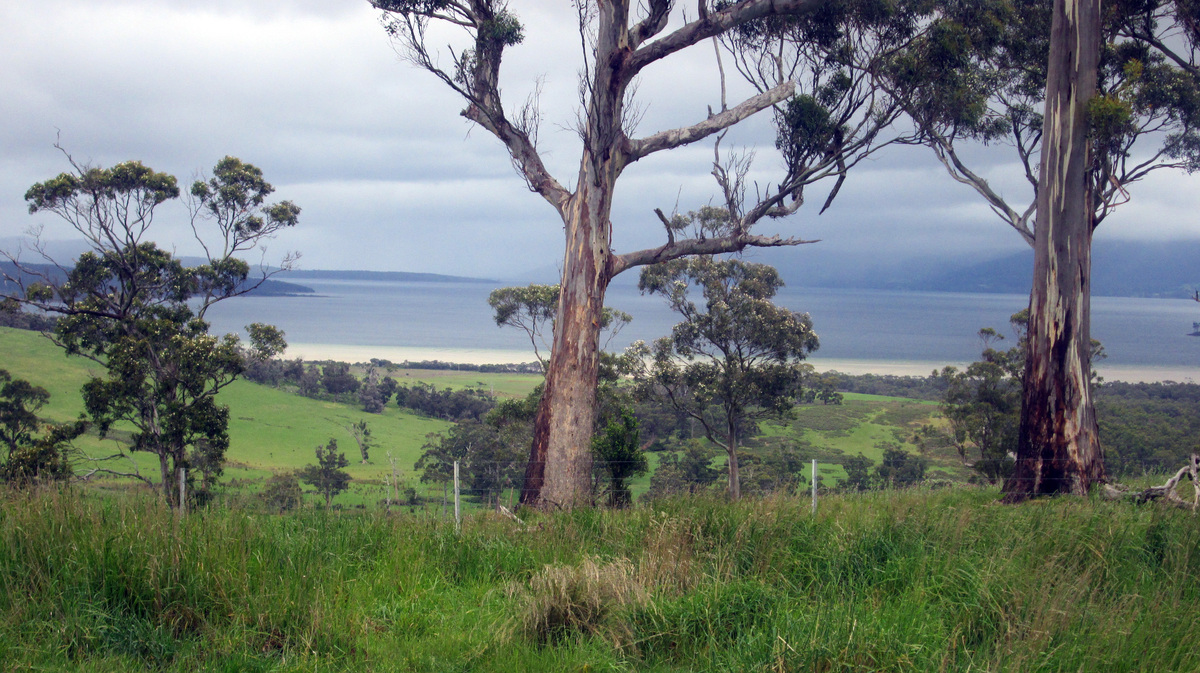 Have you seen the devil?

When you've been to Tasmania — or Tassie, as the Aussies call it — that's what everyone wants to know.

Sure, the Tasmanian devil, a squat, foul-smelling animal with a ferocious screech, has helped put the 26,000-square-mile island (roughly the size of West Virginia ) on the map.

Get recipes for Lamb Chops With Herbs, Wine And Garlic, Barley Salad With Honey Vinaigrette and Sticky Date And Nut Pudding.

But there's a lot more to Tassie than its infamous marsupial. And a lot of it is ace tucker — that's Aussie slang for good food.

I discovered this during a three-day visit to the ruggedly beautiful state 150 miles south of the Australian mainland. Tasmania is spectacularly scenic, with miles of unspoiled coastline, lush rain forests and craggy mountains. But the island's culinary scene is spectacular, too, with artisanal farmers and producers of everything from nuts, wine and olives, to salmon, oysters and lamb — not to mention the highly prized Leatherwood honey.

To sample Tasmania's varied food offerings, my husband and I drove to Bruny Island — actually two islands connected by an isthmus — an hour south of the state capital, Hobart.

Our first stop was Miellerie Honey, where owner Yves Ginat sells jars of unprocessed organic honey out of a former apple shed. Ginat said he maintains 200 hives around Tasmania. The honey — including blue gum, tea tree and Leatherwood varieties — is harvested during a 100-day period spanning fall to spring (April-November). Ginat used a stick to scrape some Leatherwood honey off a honeycomb, offering me a bite. It tasted of flowers and the woods, and it's the most delicious honey I've ever eaten. 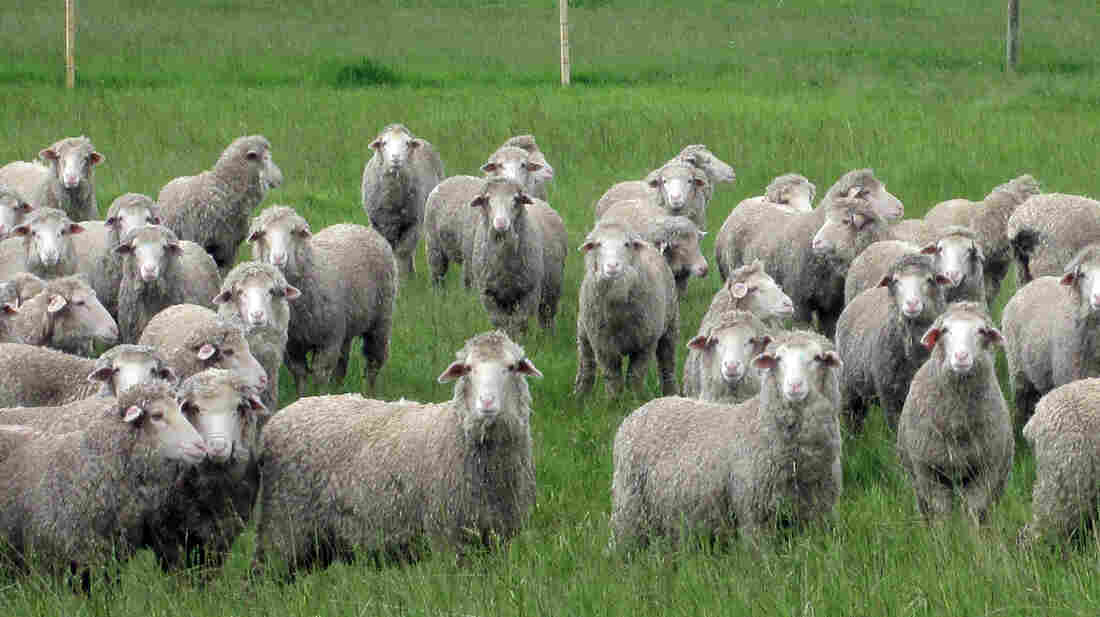 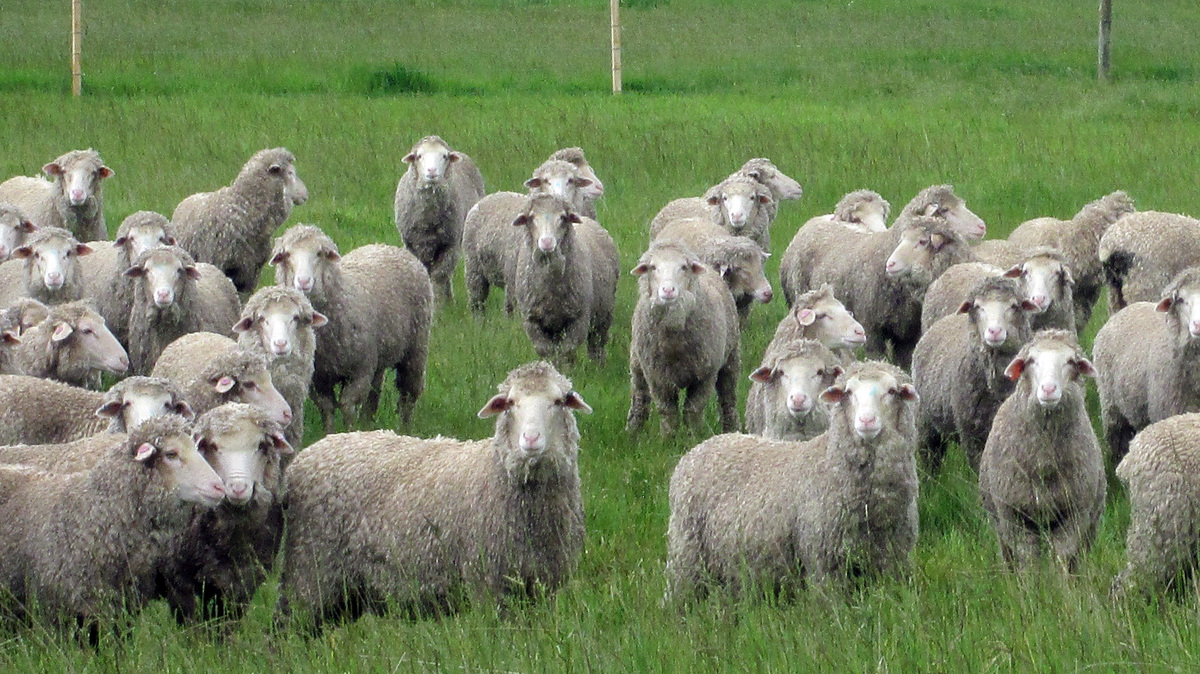 Next, we drove for about a half-hour through rolling pastureland — catching glimpses of the rocky coastline despite the cold rain — to Murrayfield Station, a 10,000-acre sheep farming operation. Europeans came to Murrayfield in 1824, but aboriginal people called it home long before then. Today the farm is a training ground for aboriginal youth who help raise the roughly 6,500 sheep, largely for their merino wool but also for meat. Much of the lamb is exported to the U.S, according to farm manager Bruce Michael.

Michael led us into a shed where farm hands were taking sheep from their paddocks to shear their wool. The sound of hooves striking the floor and the whine of electric shears rang out as mounds of fluffy white wool fell from the animals.

Laura B. Weiss' work has appeared in The New York Times, Saveur, Travel + Leisure, and on the Food Network website. She's a contributor to Interior Design's blog and was an editor for the Zagat Long Island Restaurant Guide 2009-2011. Laura is the author of Ice Cream: A Global History. Follow Laura on Twitter, @foodandthings.

Our final stop was Bruny Island Food, a 25-acre pig farm operated by former chef Ross O'Meara. O' Meara processes his Berkshire and Wessex saddleback pigs himself in the farm's kitchen and smokehouse. From the porkers, he produces bacon, sausage and terrines to sell at Hobart's Sunday farmers market.

Pointing up a hillside, he spotted one of his pigs. "You can see one of the girls straight up there," he said. "I think that's Sam." Then we trudged up the muddy hills, where we were introduced to Sam and two of her swine companions, Sophie and Claire.

That night, back in Hobart, we dined at the Henry Jones Art Hotel on Tasmanian farm-raised salmon, with sticky date and macadamia nut pudding for dessert.

We left Tasmania the next day, but the island's astounding beauty and its bounty of local foods had us hooked. We plan to return someday. Until then, we can revisit the meals that kindle our memories of Australia's southernmost state.

When I returned home from Tasmania, I couldn't wait to make a lamb dish. I've made this one for years. The marinade renders the lamb tender and juicy, and the herbs and garlic tame the lamb's gamey flavor. I like to serve these with boiled new potatoes and green beans. 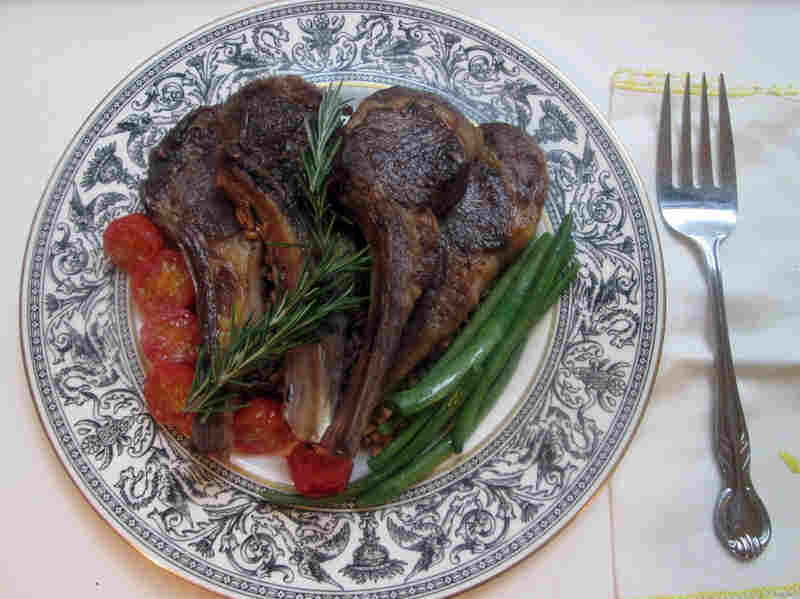 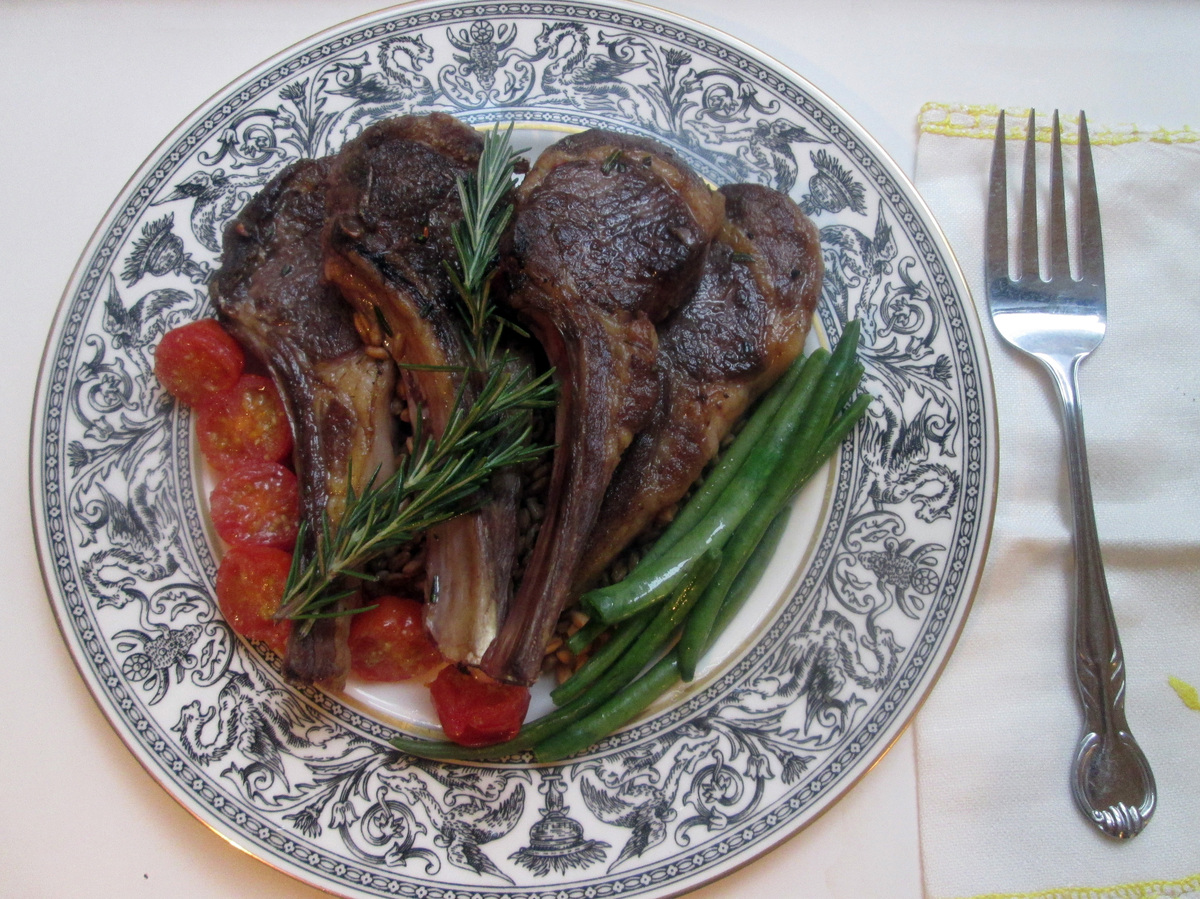 Place the lamb chops in a medium-sized glass baking dish. Season them with the salt and pepper. Mix together the olive oil, wine, lemon juice, garlic and herbs in a small bowl. Pour the mixture over the lamb chops. Cover the dish and place the chops in the refrigerator for at least an hour. Turn the chops every 15 minutes so the marinade soaks evenly into the meat.

Though I used clover and not Leatherwood honey in this recipe, adapted from The Fresh Honey Cookbook by Laurey Masterton (Storey Publishing, 2013), it still reminded me of my visit to Miellerie Honey on Bruny Island. 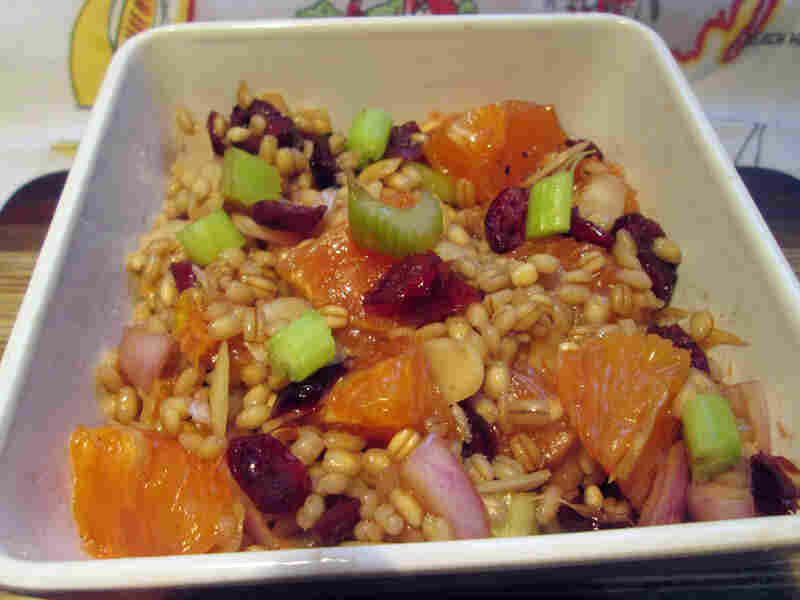 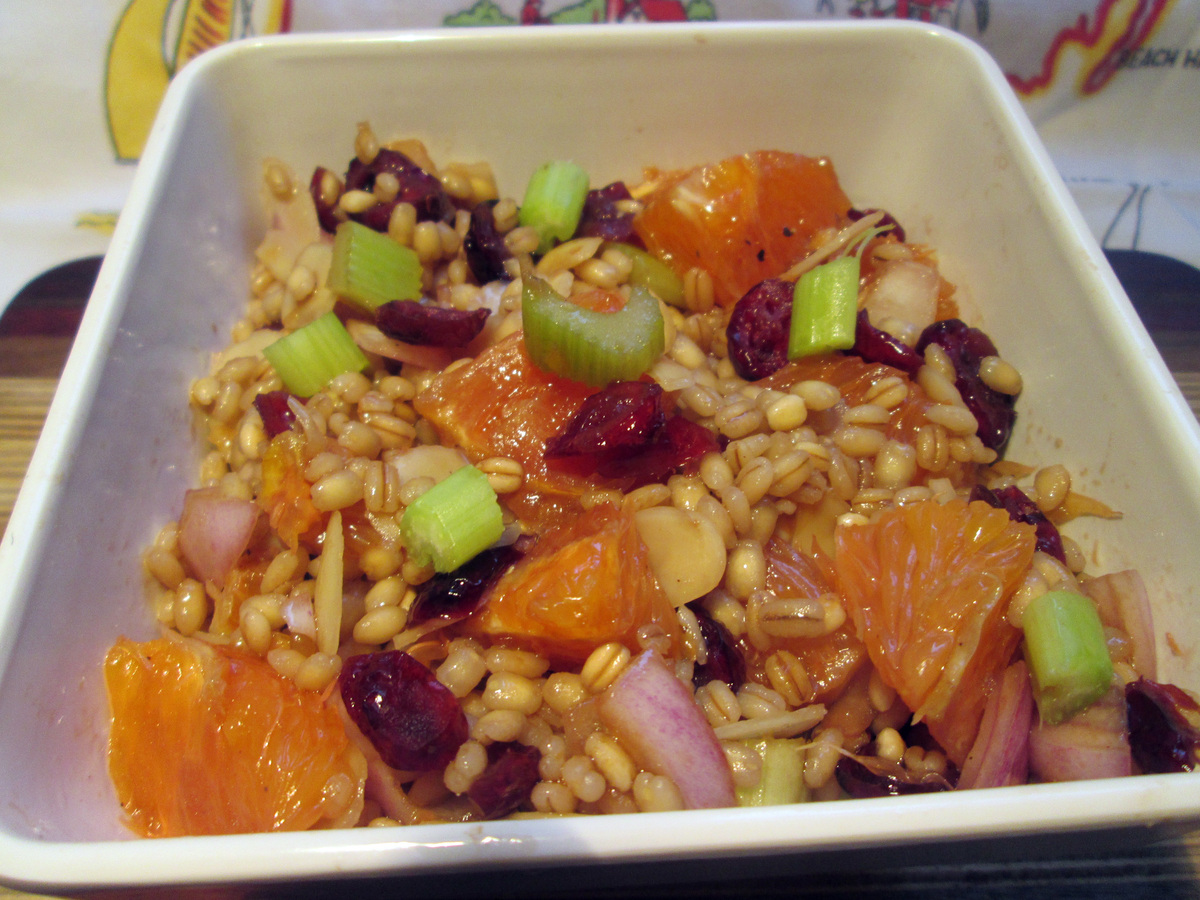 To make the vinaigrette, whisk together all ingredients in a small bowl. Set aside.

For the salad, bring the chicken broth to a boil in a pot. Add the barley. Cook 10 to 15 minutes, until it's al dente. Remove the barley to a medium-sized bowl and set aside to cool.

Add the sliced orange, onion and celery to the barley. Add the almonds and cranberries. Add the red pepper and season with salt and pepper to taste.

Pour the dressing over the salad and toss it to thoroughly coat. (The full amount of dressing will make a wet salad; if you like it drier, add less.) Serve at room temperature.

It's not surprising that date nut pudding is widely served throughout Australia, once a British colony. It's a baked pudding, and baked puddings boast a long British pedigree. The Brits call a similar dish sticky toffee pudding. This is a rich and decadent dessert, made more so by the caramel sauce. But don't hold back. Add a scoop of vanilla ice cream or some whipped cream for a truly decadent finish to any meal. This is adapted from a recipe from executive chef André Kropp of Henry's Restaurant at the Henry Jones Art Hotel in Hobart, Tasmania, and from Taste.com.au. The recipe for the caramel sauce is adapted from Taste.com.au. 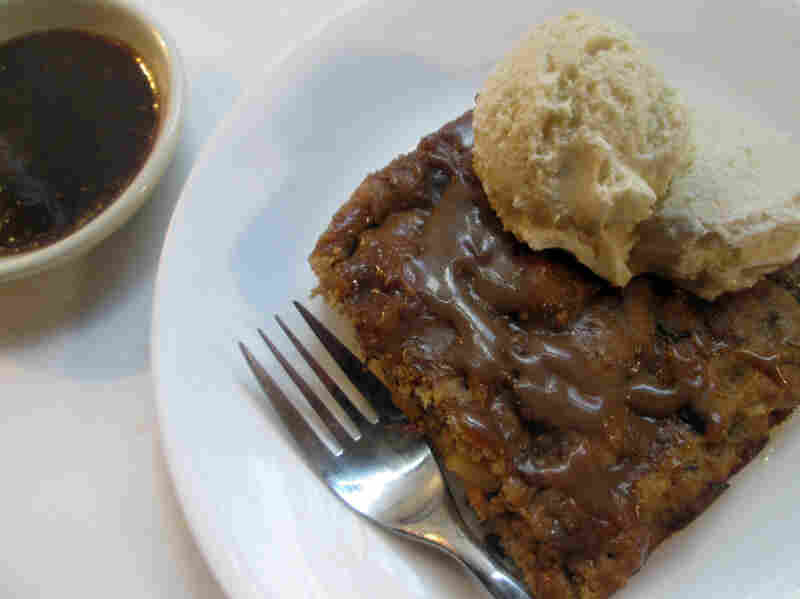 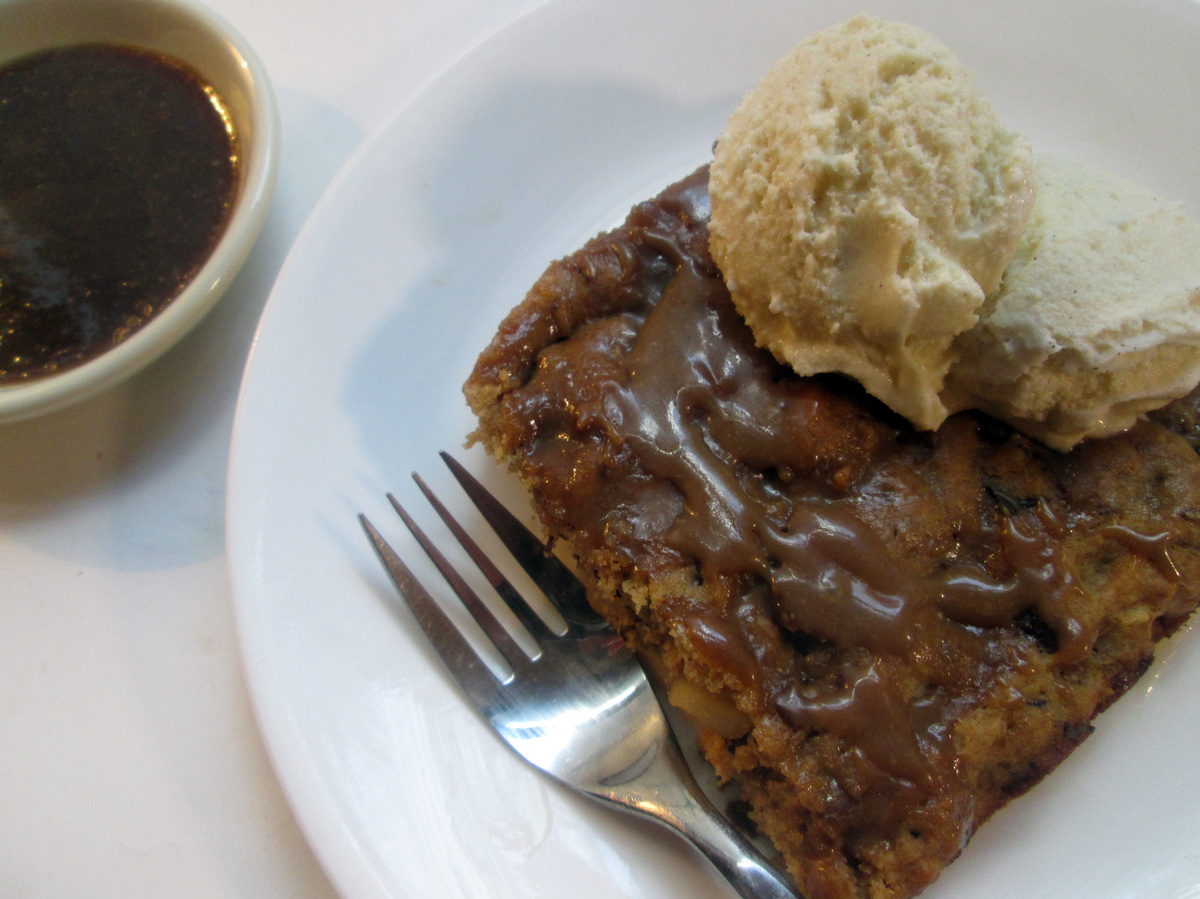 Spread the batter into the prepared baking pan. Bake the pudding for 20 minutes. It's done when a toothpick or sharp knife inserted into the center comes out clean.

Heat all the ingredients except the vanilla in a saucepan over medium heat. Simmer the mixture for 4 to 5 minutes. Watch the sauce carefully so it doesn't boil. When it's a nice caramel color, remove it from the heat. Stir in the vanilla.

While the pudding is still warm, poke some holes into the surface with the tip of a skewer and pour half the caramel sauce over the pudding. Allow the sauce to soak in for a few minutes. Top individual servings of the pudding with vanilla ice cream or whipped cream, and serve additional caramel sauce on the side.