Accessibility links
In 'Blue Ruin,' Revenge Is Not Served Cool The revenge drama Blue Ruin demonstrates that the famous dish, often served more cool than cold, can sometimes be more dangerous in the hands of the sincere but inept.

In 'Blue Ruin,' Revenge Is Not Served Cool

In 'Blue Ruin,' Revenge Is Not Served Cool 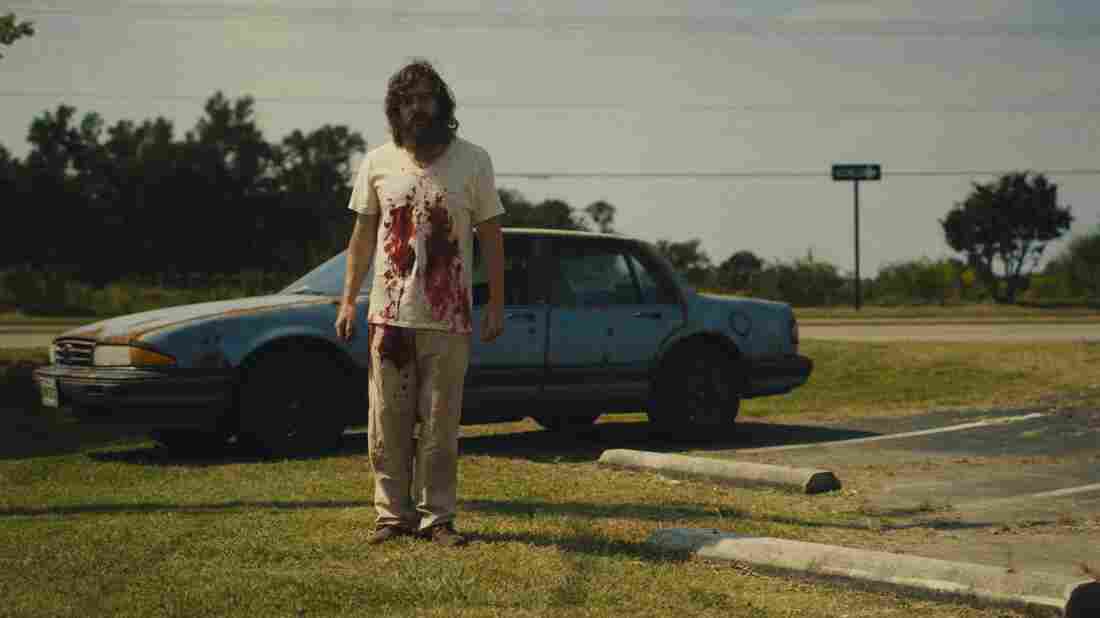 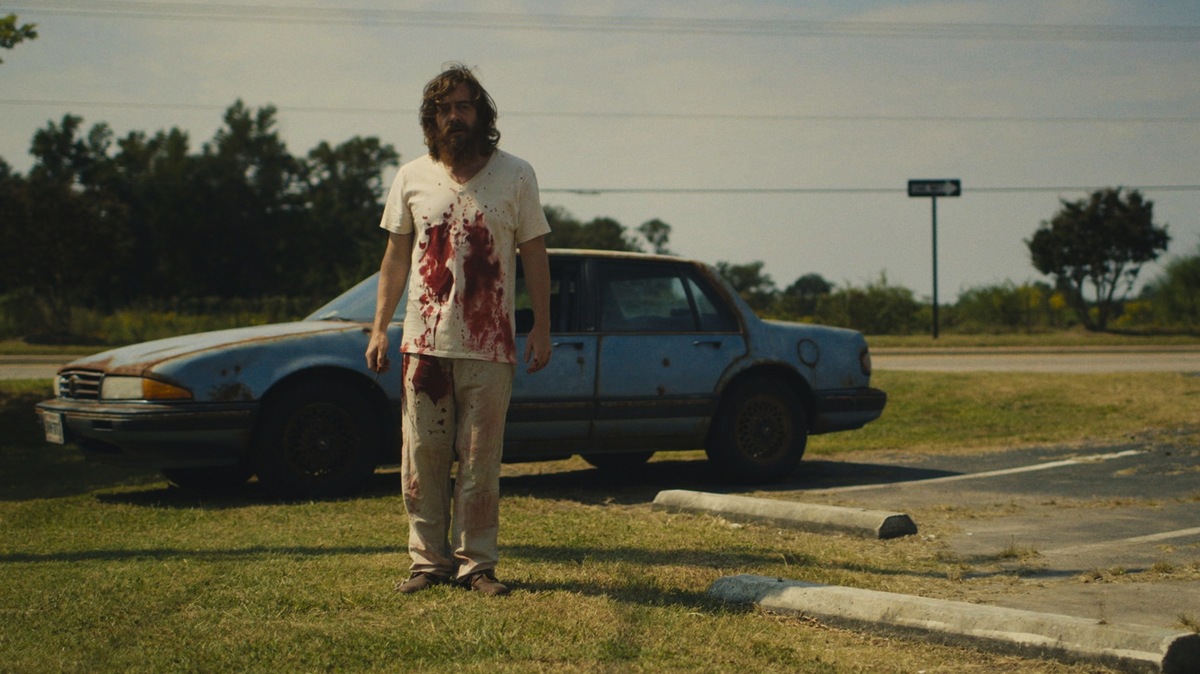 Revenge at the movies is a dish best served not cold, but cool. Homemade justice isn't just meted out by the wronged onscreen; it's delivered with swagger, style, and steely-eyed bad-assery. Michael Caine as Carter, Uma Thurman as The Bride, Charles Bronson as Paul Kersey: These are all individuals who are suave under pressure and look pretty hip to boot, in well-tailored three-piece suits, canary yellow racing leathers, and black leather jackets. (Shotgun, katana, and .38 Special accessories definitely not optional.)

Dwight (Macon Blair) is both the instrument and the target of vengeance in writer/director Jeremy Saulnier's Blue Ruin, but one thing he definitely is not? Cool. He begins the movie looking very much like the slightly unhinged drifter he's become following the murder of his parents: sleeping in his car and wandering around a seaside Delaware town, sporting a ragged T-shirt, shaggy hair, and a long, dirty beard. Once he finally gets cleaned up, he mostly comes off like a meek, introverted shut-in who'd call animal control if a bee flew into his house. With the distraction of all that hair and grime gone, his near-constant mask of wide-eyed terror and anxiety becomes his defining feature.

Saulnier isn't looking to make a standard revenge thriller, and Dwight's anxious brand of bland is just part of his approach. This isn't a delivery mechanism for vicarious blood-lusty thrills, or an outlet for released frustrations; this is a cautionary tale about the dangers of obsession and the cyclical nature of violence and revenge, presented in a film that manages to be both artfully meditative and full of armrest-gripping tension.

Blue Ruin doesn't even have much in the way of dialogue for the first 15 minutes, as we follow the bedraggled Dwight around Rehoboth Beach, picking up his story through barely heard conversations, a newspaper sitting on the front seat, and his longing looks at a pawn-shop gun case. Dwight's parents were killed some years ago, the guy who did it is about to be released on a plea deal, and Dwight can't allow him to go free. That's a simple setup, but Saulnier isn't as interested in that initial act of vengeance as much as he is the bloody dominoes that fall once it's been completed.

The problems begin immediately after Dwight's work is done, when the convicted man's family, a rural Virginia clan called the Clelands, sets out to take its own revenge on him in turn, setting off a rash of violence. Some of that violence is motivated by revenge, some by self-defense, some by pre-emptive revenge: Dwight fears the Clelands will go after his sister (Amy Hargreaves), so once it becomes clear they'd prefer not to make this a police matter, he determines that it's either their family or his.

But he's a guy who's unable to so much as slash a tire without severely injuring himself. His first attempt at procuring a weapon results in more damage to the weapon than to any targets. Taking on a gun-crazy group of hillbillies isn't really in his nature.

The characterization of the Clelands as those gun-crazy hillbillies is Saulnier's one slight misstep, as they mostly feel like unambiguous villains in a story that otherwise thrives on ambiguity and the unintended evil nested within good intentions. The Clelands could have been just as violent and insular without being quite the mustache-twirling McCoys to Dwight's Hatfield they come off as here.

Despite those thin characterizations, Blue Ruin succeeds on the strength of Saulnier's skill at slowly escalating the tension, even with a would-be action protagonist who is almost comically inept. The movies like to make Everyman into Superman, imagining that righteous fury can do things like turn a mild-mannered architect into a precision instrument of death. But Dwight is the everyman as flawed engineer of his own downfall. As Ben tells him, "I know this is personal — that's how you're going to fail."

But Dwight's failure isn't in the movie's conclusion, it's in its first stages. Saulnier's sly stroke of genius is front-loading the movie with the climactic decision that locks in the unavoidable downhill snowball of disasters to follow. The cruel joke is that his righteous decision isn't righteous at all: Dwight really only manages one act of legitimate justice, and it involves no violence, nor is anyone else even around when it happens. The rest of the time, he's just making life miserable for himself and everyone around him.

Not cool, Dwight. Not cool.