Accessibility links
A Punching Movie That Packs A Punch For People Who Like Punching 'Brick Mansions,' a completely inessential remake of the French film District B13, follows a war of good guys and gangsters up and down the walls of a hypothetical Detroit under siege. 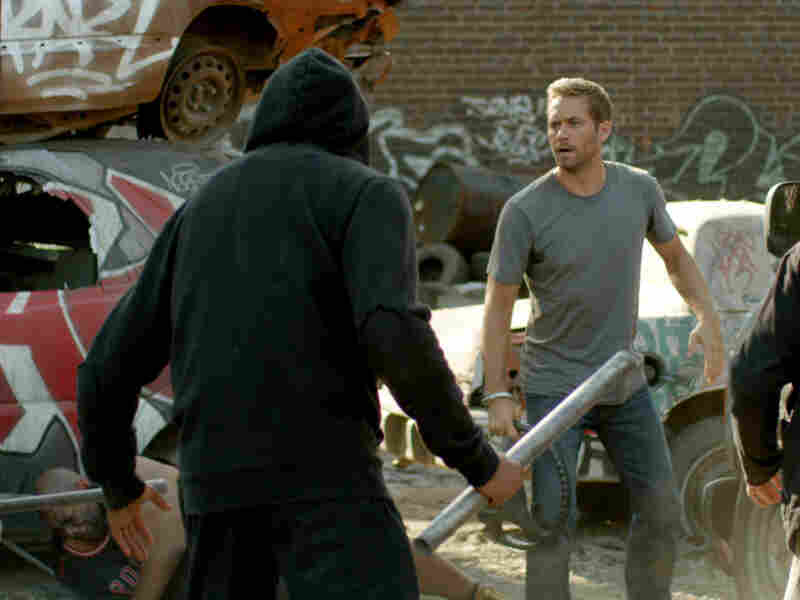 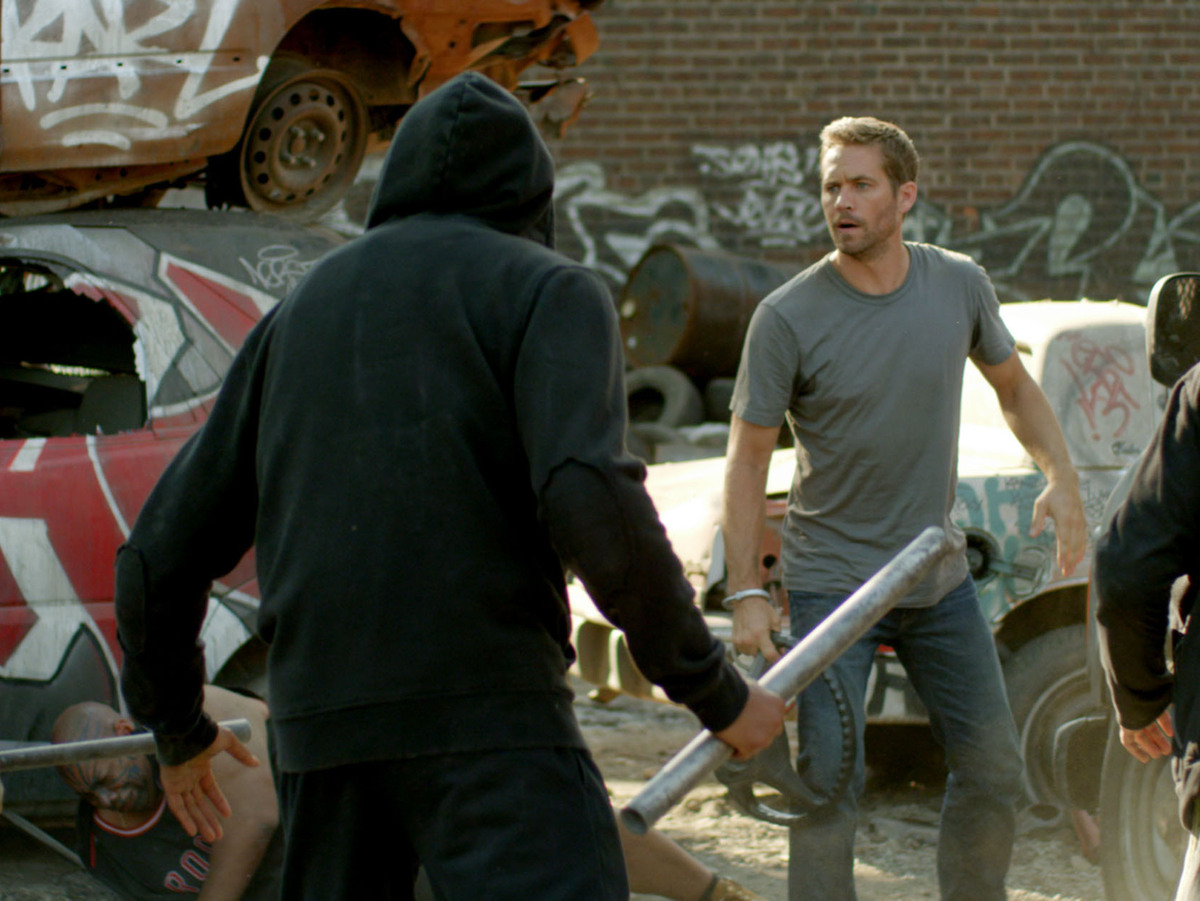 It is never not awkward to talk about a film after one of the stars has died. That's perhaps never any more true than it is in the case of Brick Mansions, one of the last films of Paul Walker. Walker died in November of last year after a career that included a lot of movies like this one: silly, hyper action thrillers that often included, as this one does, moments in which everybody in the theater chortled at their insane, cartoonish brutality.

There is no way to make there be anything elegiac about Brick Mansions, or out of the experience of seeing it. To try to make it a celebration of life or to find in it any lessons whatsoever would be absurd and, in its way, disrespectful to the 50 percent serious (plus or minus one percent) way in which it's made.

Brick Mansions is a remake of the 2004 French film Banlieue 13, which you can find for rent in the United States as District B13 — a film for which the dialogue is so relatively insignificant that they serve it up dubbed rather than subtitled. District B13 came from screenwriters Luc Besson and Bibi Naceri, who also wrote Brick Mansions. What's more, the original and this remake share a star: French actor and stunt coordinator David Belle, one of the originators of Parkour, a discipline that sends guys running through the streets, flipping and climbing walls for the benefit of, very often, YouTube.

In this version, Belle plays Lino, the honest man who happens to be the only person left who really cares about Brick Mansions, a Detroit housing project that's been walled off by the police and left to rot. The place is run by Tremaine (RZA), who you know is the ringleader because at the police station, it says "RING LEADER" next to his picture. Lino takes some of Tremaine's drugs and destroys them, Tremaine kidnaps Lino's girlfriend, and Lino teams up with cop Damien — played by Paul Walker — who also wants to bring down Tremaine and save the girl.

Fighting ensues. Running ensues. Jumping ensues. There's a bomb with a prominent readout. Back flips ensue. Bonking each other with props ensues. And at the end, there's an intriguing little twist that's intended to inject a little social commentary.

There's a sort of good-natured goofiness to Brick Mansions, and particularly to how ill-equipped Walker really is to keep pace with Belle (who, himself, may be ill-equipped to keep pace with himself from ten years ago). There are a couple of nice references to the fact that Lino's way of navigating Fake Detroit is pretty intimidating, even to a cop who earlier pulls off a rousingly entertaining unauthorized entry into a speeding car.

Parkour is really fun to watch; that's why YouTube likes it. The guys who do it are crazily, anti-gravitationally athletic, and it doesn't need a lot of kinetic editing to look kinetic. It is kinetic already, and in the original District B13, while there's still more editing than it probably needs, the camera does sometimes pause long enough to watch Belle do his thing, which is why the people are there.

Of course, that was 2004. We are now in 2014, and chaos cinema — as a fine video essay by Matthias Stork called it — is dominant. Post-Bourne, post-Michael-Bay, and, yes, post-six Fast-And-Furious movies, action sequences are typically shot with such a manic camera that you can barely keep track of what's happening. When all you're missing out on is cars flipping and regular actors having a fight, it's one thing. But when you're missing out on David Belle doing Parkour, it's hugely frustrating, because — again — it's the best reason to see the movie.

Furthermore, Brick Mansions suffers from another weird tic of action directors and cinematographers, which is that weird, jumpy, sticky effect that I have long recognized but only recently came to know by the apt name "staccato shutter." It's the camera effect Steven Spielberg and cinematographer Janusz Kaminski used to get a sort of ultra-real look at the beginning of Saving Private Ryan, and it's also often associated with Gladiator. It creates stuttery-looking action scenes, and Brick Mansions uses it a lot. Not only that, but they use a more extreme version of it than I can remember seeing in the past, so that you're getting a very disorienting shutter effect combined with the crazy-fast editing that's disorienting already. (You can see it in this clip. Spoiler alert: there's punching.)

And all of this has the effect of dampening the impact of what Belle is bringing to this movie that's legitimately different from what you get in most action movies. It's too bad, though the movie still has some enjoyably over the top sequences and some funny moments between Walker and Belle. It feels like it was fun to make. It feels like, despite being a remake, it was made with some zazz and with, at the least, some desire that it be a hoot to watch. And it is a hoot to watch, even if, to be honest, there's little reason for it to exist.