Accessibility links
A Biography Of Your Cubicle: How This Became The Modern Workplace The office has long been seen as a symbol of boredom: It's a killer of spirits, a destroyer of spontaneity. But reviewer Rosecrans Baldwin says a new book brings out its entertaining side. 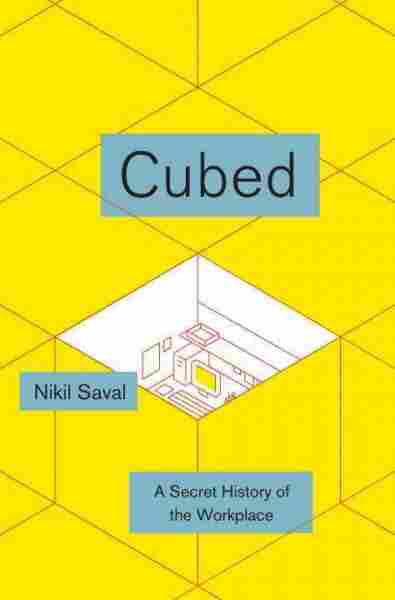 A Secret History of the Workplace

Listen To An Interview With Nikil Saval

Exploring The Secret History Of The Cubicle

Exploring The Secret History Of The Cubicle

I remember my first office desk well. It was the roaring '90s in Manhattan. "Silicon Alley," they called it. I was fresh out of college, working at a Web design company. The office had an open layout. We all shared long tables. I did have a window that looked onto a stone wall. I was given a computer, a drawer and a fancy ergonomic chair.

Then, about a month into the job, my hands completely froze over the keyboard. I couldn't move my fingers for half a minute, in the grip of my very first panic attack. I'd wonder later, was I simply not cut out for office work? Or was office work not cut out for anybody at all?

The new book Cubed, by Nikil Saval, bills itself as a secret history of the workplace, from 19th century trading companies to the Silicon Valley campuses. That "secret" bit is less false than mildly disingenuous. The history's been there all along. But mostly it was the province of social scientists, design historians and business writers. Thankfully, Saval had made it engrossing for the rest of us.

Take the rise of clerks in the mid-19th century. They were America's first office slaves, the original white-collar workers. They were also widely reviled: men perceived as low-moral dandies, who were merely clever with numbers (compared with the real American men who worked with their hands). Edgar Allan Poe mocked them in fiction. Ralph Waldo Emerson as much as called them a class of whiners. In fact, Saval found one clerk who responded to the slander by exercising in the off hours to build up his chest — which, Saval points out, may have fostered our modern idea of the gym.

The white-collar workers weren't mostly men for very long. In 1870, women made up 3 percent of America's 80,000 clerical workers. By 1920, there were 3 million clerks, and women constituted almost half. Saval does a nice job of tracking the ruckus that resulted when the sexes mingled in the office. He's found tons of fascinating details that read like research notes for the writers of Mad Men. A 1937 survey of secretaries who had been fired found that at least two-thirds were let go because of "personality and character defects." Like, for example, "an unwillingness to go night-clubbing with the boss."

But the book is less about people and more about systems. How managers squeezed the maximum productivity from their workers, and the most efficiency from their buildings. Saval covers the rise of the skyscraper. The evolution of the suburban office park. Even the origins of the jargon-babble we know as business-speak. Yet he manages to make all of it not only interesting but interconnected.

I was prepared to hate this book. There are a lot of books about work, and they're almost uniformly boring: biographies of executives, self-help books for middle managers. But Cubed offers something different: an entertaining look at the history of the modern worker, that the modern worker can actually learn from.

Rosecrans Baldwin is the author, most recently, of Paris, I Love You but You're Bringing Me Down.