Accessibility links
But You Can Never Leave: 'The Girl And Death' In A Creepy Hotel While The Girl and Death plays with some intriguing elements, it doesn't recognize its own absurdity enough to make its story of everlasting love in a strangely timeless hotel mean very much.

But You Can Never Leave: 'The Girl And Death' In A Creepy Hotel

But You Can Never Leave: 'The Girl And Death' In A Creepy Hotel 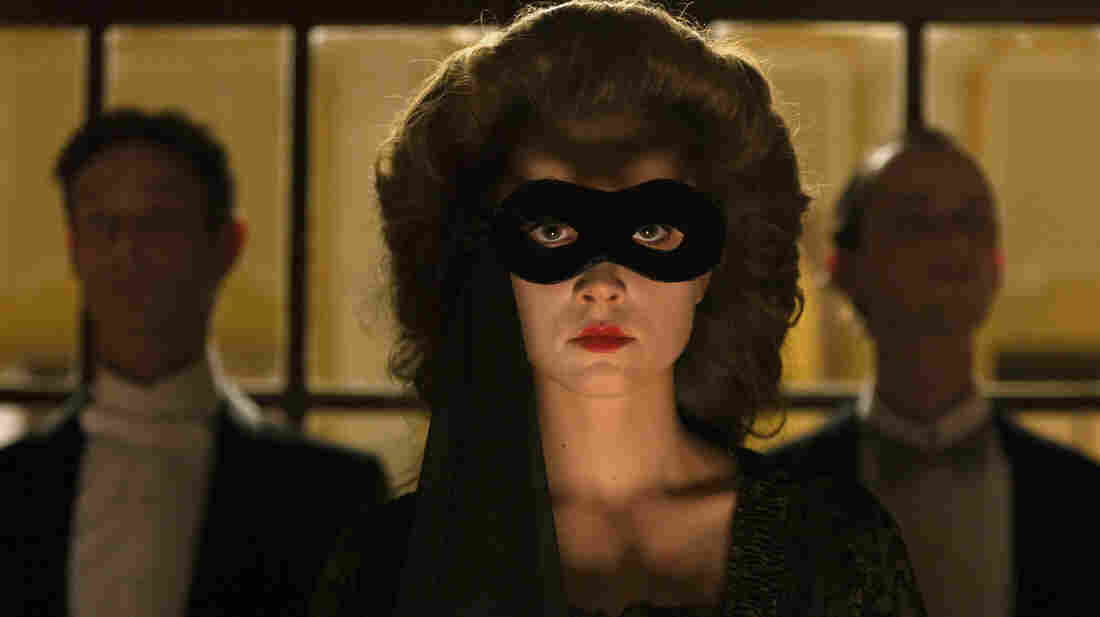 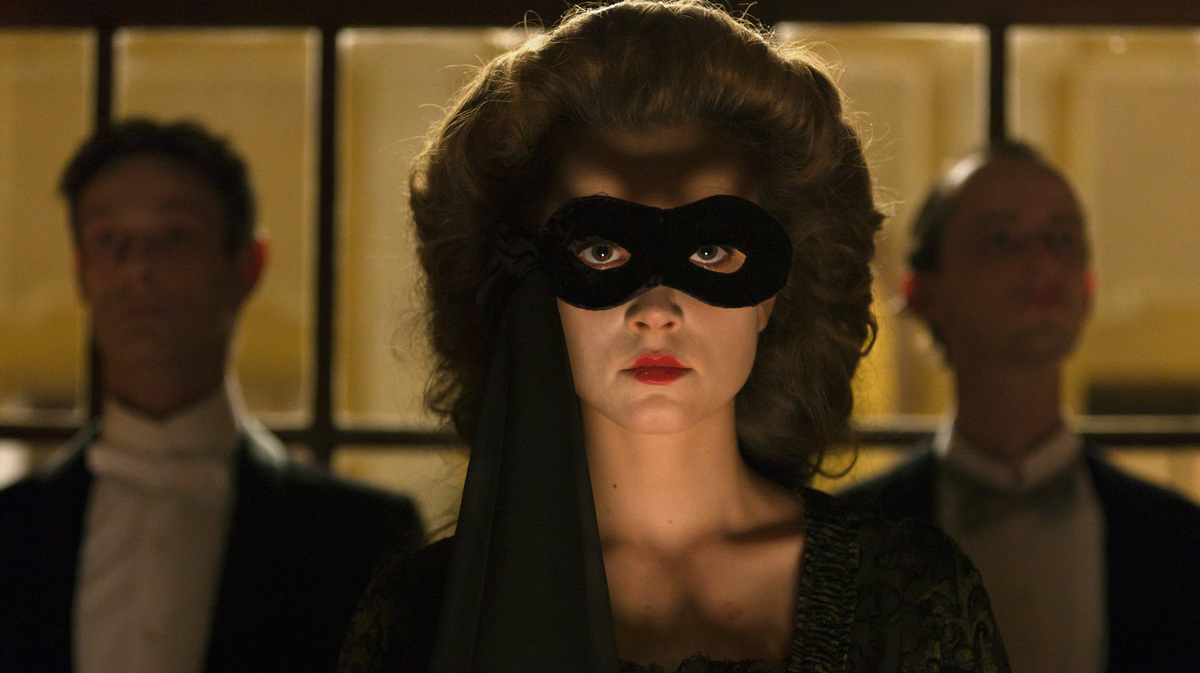 Sylvia Hoeks in The Girl and Death.

At the German hotel where Jos Stelling's The Girl and Death takes place, the guests include everyone from incapacitated men and women patiently awaiting death (the hotel seems to function in part as a makeshift sanatorium) to lively if somewhat unhinged residents given to impromptu performances of Romeo and Juliet monologues in the dining hall. The overall atmosphere sits somewhere between The Shining's Overlook Hotel and the mansion from Clue, not least because the concierge is a mummified presence who barely seems to move or change his facial expression as the years go by.

The strangeness of it peaks late in the film when the film's protagonist Nicolai (Leonid Bichevin) shows up at a high-stakes card game wearing a delicately coiffed mustache. As Nicolai begins displaying intricate card-shuffling techniques to his fellow players, themselves made up to look like a burlesque of the French royal court, it certainly seems like we've been transplanted into a sketch comedy show.

The truth, though, is that this is all meant to be very serious stuff. Nicolai is a Russian doctor who first checks in to the hotel in the late 19th century as a young medical student on the way to Paris. He returns several times over the years out of love for Elise (Sylvia Hoeks), the would-be Queen of the hotel, married (or at least financially attached) to the Count (Dieter Hallervorden) who owns the establishment.

Elise and Nicolai's attraction to each other is certainly plausible enough: Together they bring the average age in the hotel down about a couple of decades, and they are, one might say, a great deal more traditionally attractive than the other guests.

Believing that their love is made to last, though, takes a great deal more imagination. Stelling hardly shows us any passion between the two, physical or emotional, explicit or otherwise. It doesn't help that our man Nicolai is not the most talented of suitors: He manages to get caught with Elise during their very first attempt at a secretive embrace.

After that, their time together is limited, and the moments they do find often involve watching each other heal from a variety of wounds: Nicolai from a severe beating dispensed by the Count's brutish right-hand man, Bruno (Maxim Kovalevski); Elise from the illness that besets her and leaves her bedridden for much of the movie. When the two are both well, meanwhile, Elise spends much of the time begging Nicolai to be gone for his own good: "Leave me," she says in one scene. "I beg you, forget me," in another. "I want us to say goodbye, for good," in yet another.

Somehow, though, love does emerge — not the most bizarre feat accomplished in the hotel by any means. Nicolai repeatedly departs and returns there over the years, each time looking a little older and wiser. But the hotel goes through no apparent changes, and neither do its guests. Instead, it begins to resemble an ongoing stage play, one in which the actors have lost any sense of an outside reality. In that context, the intensity of passion that Elise, Nicolai, the Count, and all the other guests display becomes part of the peculiar proceedings, another consequence of whatever is in the air.

The eccentricities of the locale help make certain scenes in The Girl and Death captivating in their own enigmatic way. But there's no sense that the film recognizes its own absurd elements. Instead, the prevailing mood is one of increasingly dour self-seriousness, which in turns makes The Girl and Death similar to what one might expect it to be like to stay at the hotel: intriguing at first, but quickly repetitive and tiresome.