Accessibility links
For Binchy Fans, One Last Trip Down 'Chestnut Street' Bestselling author Maeve Binchy wrote stories about fictional Chestnut Street all her life. When she died in 2012, they were collected into a volume reviewer Bobbi Dumas calls lyrical and accessible.

For Binchy Fans, One Last Trip Down 'Chestnut Street'

For Binchy Fans, One Last Trip Down 'Chestnut Street' 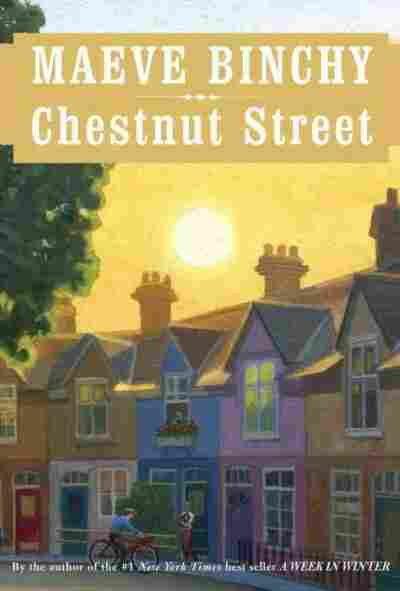 There may be no real Chestnut Street in Dublin, but Maeve Binchy made readers feel as if it might be around any corner. Best-selling author Binchy, who died in 2012, was famous for novels which intertwined the lives, loves and relationships of her mostly Irish characters with a lyrical, yet accessible writing style. And Chestnut Street, her last book, is a collection of short stories about those characters, loosely connected by their common setting on the titular street

According to the short introduction written by her husband Gordon Snell, Binchy wrote the stories over decades, always with the intention of tying them together into a book of stories centering on the fictional Chestnut Street. Upon her death, her editors gathered 36 of the stories into this volume — most of them concerning community and connection, or the lack thereof.

Chestnut Street has everything that makes Binchy special, in small delicious bites; her ability to capture human nature describe individual life arcs, and breathe life into characters and settings really shines in these short stories.

Sometimes she jolts those characters into uncomfortable enlightenment: Young Dolly comes of age in the first story when she learns more than she ever wanted to know about her popular mother. And Nessa discovers an ugly truth about the aunt she admires in "All That Matters." Characters in "Lilian's Hair" and "Philip and the Flower Arrangers" are doomed by their obliviousness or pride — but Binchy's storytelling is so astute that we regard unlikable characters with understanding, if not sympathy. And occasionally we are treated to O.Henry-ish plot twists, as in "Bucket Maguire" or "The Wrong Caption." The tones vary, but we are always engaged in the characters, their choices and the consequences.

But unlike her novels, which usually offer solid, satisfying resolution, Binchy's short stories tend to hold more tension, and sometimes the vignettes open up more questions than answers. This is true of Chestnut Street, where the hint of a promise for more information is rarely fulfilled. Characters occasionally pop up in subsequent stories, but not in substantial ways. We would be more disappointed, though, if that storytelling element didn't also represent real life. How often do we actually see our neighbors? How many of us become close, as opposed to friendly, to the people who live on our street?

Chestnut Street is fictional, but the characters are very real. It's Binchy's gift, this ability to tell stories through characters we recognize, can relate to, want to know. Or, in some cases, want to throw out the window. We believe in her world, and the people she populates it with. They may be very Irish, and often concern themselves with Irish issues-- but at heart, the problems are human and universal. Love, romance, marriage, divorce, greed, regret, miscommunication, come-uppance, change, connection, understanding. We are charmed, revolted, touched and enchanted. More than anything, we can see these people. We recognize them.

Binchy was a unique storyteller with a special, beloved voice. She'll be missed by many in Ireland and around the world, but a piece of her will always be alive in her characters, and her many fans might just see her peeking through the windows in places like Tara Road, Quentin's and, now, Chestnut Street.