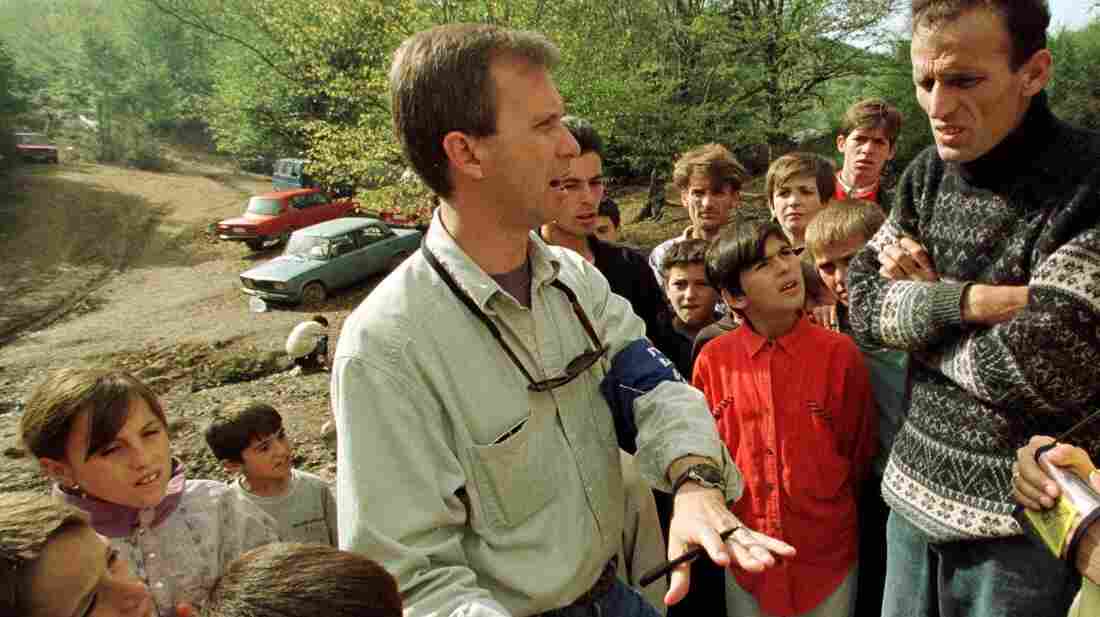 Ron Capps talks with refugees in the Kisna Reka refugee camp some 15 miles from Pristina, Kosovo, in 1998. In his role as a U.S. diplomatic monitor, Capps traveled through Kosovo gathering intelligence from refugees and Serb forces about the situation in the region. Santiago Lyon/AP hide caption 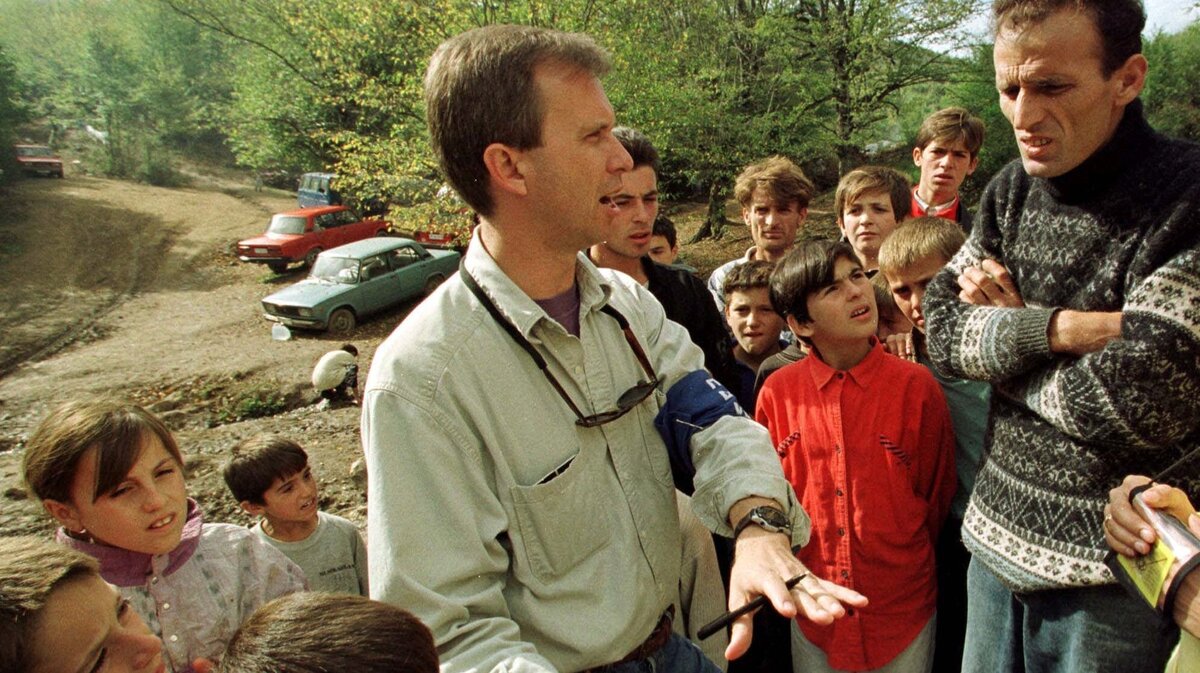 Ron Capps talks with refugees in the Kisna Reka refugee camp some 15 miles from Pristina, Kosovo, in 1998. In his role as a U.S. diplomatic monitor, Capps traveled through Kosovo gathering intelligence from refugees and Serb forces about the situation in the region. 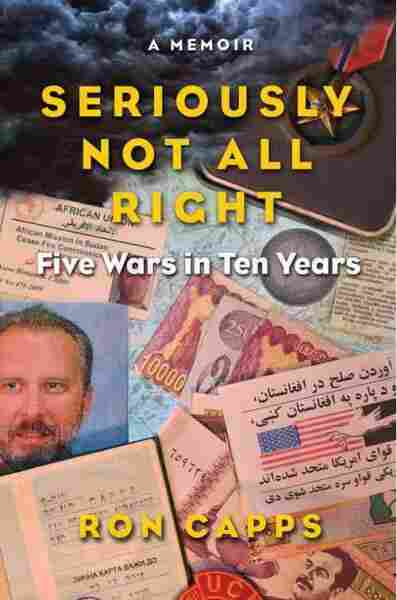 Seriously Not All Right

In five wars over 10 years, Ron Capps shifted back and forth between being a U.S. Army officer and a State Department foreign service officer in some of the world's deadliest places.

In Afghanistan, Iraq and elsewhere, he served as a senior military intelligence officer. In wartime Kosovo, Darfur and Rwanda, he worked as a diplomat out in the field, documenting violence and war. As he writes in his new memoir, all the while he was almost daily "in the midst of murder, rape, the burning of villages, crimes against humanity, war crimes, ethnic cleaning or genocide."

Slowly, Capps watched his State Department and Army careers disintegrate along with his 20-year marriage. He was haunted by the dead civilians of Kosovo, Darfur and other conflicts. At one point, in the Darfur region of Sudan, he found himself on the edge of committing suicide — then the phone rang, startling him and bringing him back.

Capps has chronicled his struggles with post-traumatic stress disorder in his memoir, Seriously Not All Right: Five Wars in Ten Years. He is also the founder of the Veterans Writing Project, which helps service members tell their own stories.

Capps spoke with NPR's Eric Westervelt about his book and his motivations for helping.

On monitoring his own PTSD

I was in Afghanistan and I was being treated for post-traumatic stress disorder. And my doctor told me just to keep track daily of how I felt so that we could talk about it, so I created a continuum from "I feel all right" at one end, through "vaguely not all right" somewhere in the middle, and then off on the far end would be "seriously not all right." And I used the scale to measure just how I felt, sometimes day by day, but sometimes, you know, hour by hour.

On asking for help

What changed was that I had over a hundred people working for me spread all around the country. I was the director of human intelligence operations for all U.S. military operations in Afghanistan. And I knew that if I didn't get treatment, if I was making those decisions in the condition I was, that I was putting their lives at risk. And I just couldn't do that.

Reducing The Stigma Of PTSD In Army Culture

On the stigma of mental illness in the Army

When I left at the end of 2008, there was still a stigma of asking for help for mental health problems among soldiers. I think officially at the general-officer level and at the headquarters level, everyone says all the right things, "Oh yes, we're gonna get you the treatment you need." But that may not have filtered down to the junior-leaders' level, where things really matter — among peers.

I've actually talked to soldiers I served with, or tried to, and a couple of them have come back and said, "Yeah, we knew you were struggling and it was OK." But a lot of them won't even respond to my emails or to calls ... I think individually there might be some people who just aren't ready to face what happened to me. Maybe they're concerned it will rub off or something.

On what drove him to stay in war zones

There was something inside of me during those 10 years where I knew that ... I wanted to be the guy that was on the ground. I thought that I was someone, if not the one, who could get the story and get it back to a readership in Washington that included people who influenced policy. I would also say that in many of these places, I was tasked to go and try to stop the fighting. And as many times as I failed to stop fighting or to protect civilians or to stop the killing somewhere, there were at least a few times that I did succeed.

On founding the Veterans Writing Project

My personal experience was that I used writing to find the road home when medication, talk therapy, and large amounts of whiskey weren't working. And so I formed the Veterans Writing Project. We give no-cost writing workshops and seminars to veterans, to service members, and to their adult family members, because we really want the family members in that circle as well. I've got a little sign up in my office that says, "Either you control the memory, or the memory controls you," and I felt like writing was what allowed me to control that memory.