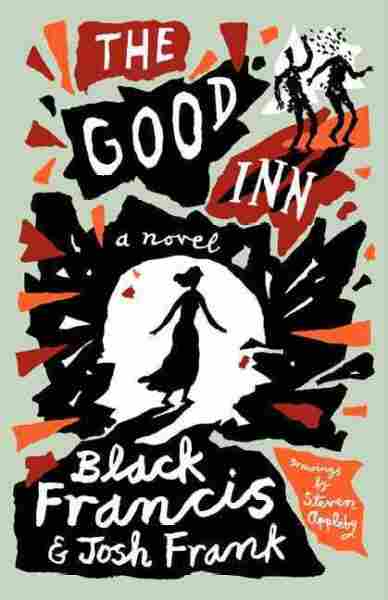 He was born Charles Thompson — but you might know him as Black Francis, frontman for legendary alternative band the Pixies. And though he still tours with the Pixies, he's trying his hand at a new art form: he's co-authored an illustrated novel, called The Good Inn.

It stars a young man called Soldier Boy, the lone survivor of a 1907 munitions explosion aboard a French battleship — who goes on to fall for an innkeeper's daughter, and winds up in the story of what might be the world's first stag film. Francis tells Scott Simon that originally, he wanted to make a movie as a way to coax his band back into the studio. "That never really happened, but I did begin to write a song cycle ... and I decided that I would research the first official pornographic film ever made," a silent short also called The Good Inn.

On getting Soldier Boy from his battleship to the movie set

It was just all a matter of, you know, a little bit of Wikipedia and a little bit microfiche at the library ... this film that I was reading about was made in about 1907, I think it was, or 1908, so I just began to think about what was going on in France — this was in France — what was going on in France at that time, and I read about a ship explosion in the Mediterranean port of Toulon ... and so I decided that my character, well, not really my character but the character that I stole from this old porn film, that that's where he began his journey, so to speak, as Soldier Boy. He survived, and his superiors said, get out of here, there's an investigation going on, we don't want some lowly private hanging around here.

On nitrocellulose and explosions

We fortunately discovered that the original ship explosion was because of a chemical called nitrocellulose, which is the same chemical that film stock at the time was packed in, so it was a nice kind of a coincidence, we have the metaphor of life and death and explosion, all centered around this chemical nitrocellulose. And of course he discovers nitrocellulose once again in his life through film.

On whether he's seen the original film

I've seen a couple of images on the internet that purport to be stills from the film. We've researched it, we've asked people in France and we've asked people at the Kinsey Institute, and people have sent me clips of other films that they think is what I'm looking for, but it never seems to synch up with the single images that I've found.