Accessibility links
What Russia Might Gain From A Decentralized Ukraine Moscow is demanding that Kiev's new constitution give so much autonomy to its diverse regions — particularly the Russian-speaking ones — that they could even conduct their own foreign policy. 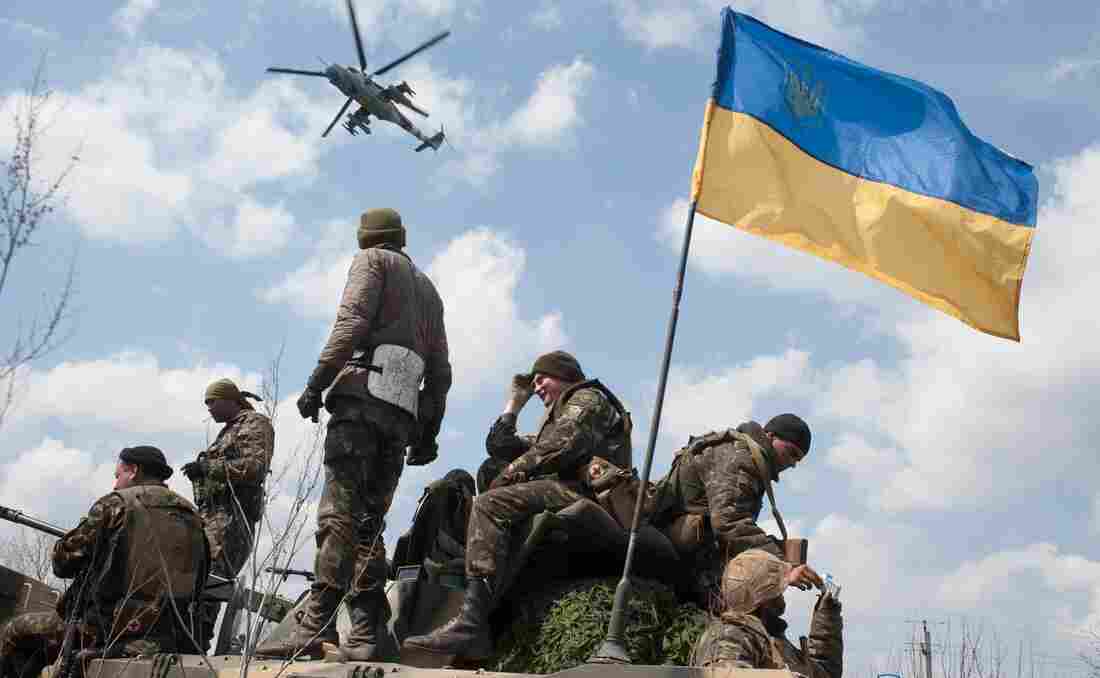 Ukrainian soldiers watch a helicopter fly overhead outside the eastern town of Kramatorsk. Under Moscow's proposal for Ukraine's constitution, the east and other regions would be strongly autonomous. Evgeniy Maloletka/AP hide caption 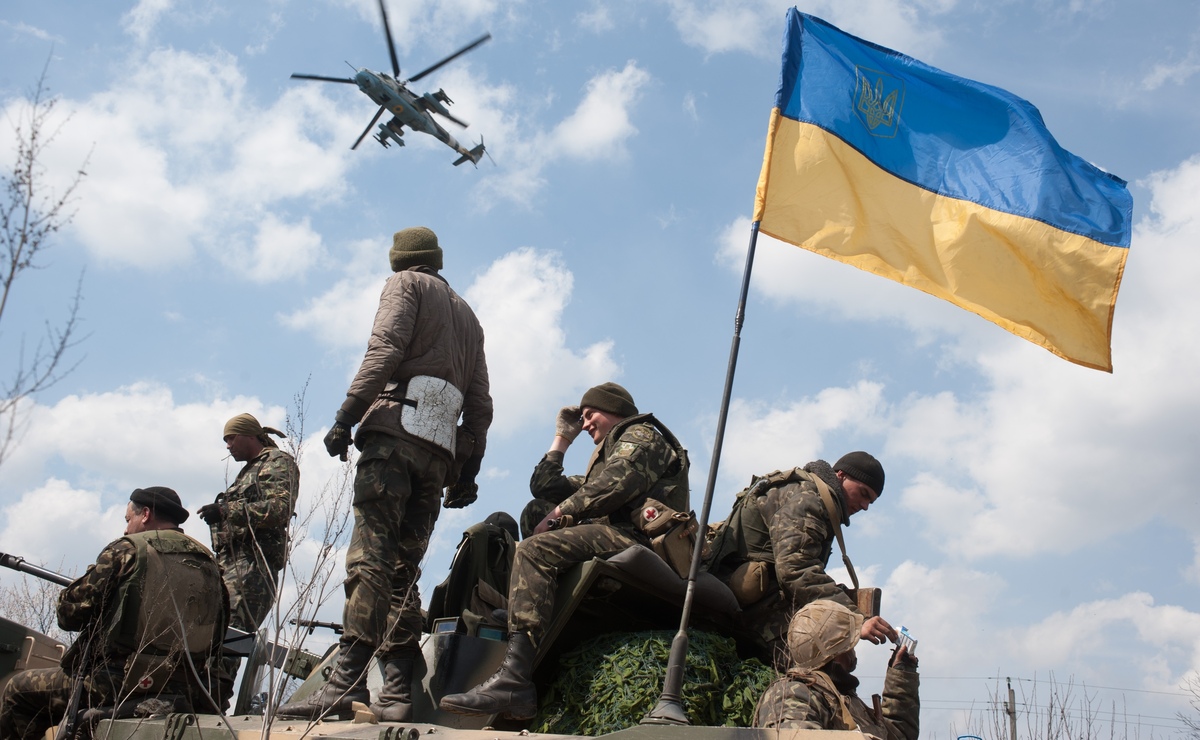 Ukrainian soldiers watch a helicopter fly overhead outside the eastern town of Kramatorsk. Under Moscow's proposal for Ukraine's constitution, the east and other regions would be strongly autonomous.

Ukraine's interim government is facing major obstacles: a separatist uprising in the east of the country, an economy in tatters and a presidential election next month.

But the leadership is also facing a longer-term challenge, one that will shape the future of the country: the creation of a new constitution.

The task will be complicated by pressure from Russia, which has already made clear what kind of constitution it thinks Ukraine should have. Russia's foreign minister, Sergei Lavrov, laid out Russia's position in an interview last month.

"They should start agreeing on a federation, where each region has broad authority over its language, education, economic and cultural ties with neighboring countries," Lavrov said.

What Lavrov seemed to be outlining is a country whose regions have such broad authority that they can even control a certain amount of foreign policy. Other Russian statements have specified that Ukraine's constitution should keep the country neutral so it can't join NATO, and that the nation should declare Russian to be an official state language.

Vladimir Ryzhkov, a liberal politician and former member of Russia's lower house of parliament, says federation can work for countries that are diverse and complex, like Russia itself, or the United States, Canada or Germany.

"It's a very good concept for complicated countries, because federalism lets different regions, different minorities to be represented," Ryzhkov says.

Ryzhkov says a federal system could be useful in Ukraine as a way to balance the rights of the country's linguistic and religious minorities, including the Russian speakers in the east and south.

Keith Darden, associate professor at American University's School of International Service, agrees — in principle. Darden says the problem is with the system that Russia is proposing for Ukraine.

"What they're currently putting on the table is really a very weak confederation, with very little central governmental authority in Kiev," Darden says. "Almost all power in separate regions, which would give them authority to conduct their own foreign affairs, for example."

Ryzhkov says the key to successful federations is a strong central government, with power over the regions — again like Russia, the United States and Germany.

The "problem for Ukraine now is, that central government is so weak, almost bankrupt, that federalism could destroy Ukraine, if [the] regions will be almost independent," Ryzhkov says.

Another key ingredient for creating a successful federation, Darden says, is respect for the rule of law.

"In Germany, you had a firm commitment to the rule of law, so that a written constitution actually was realized in a way that was similar to the way it was designed," he says. "In Ukraine, because there's this sort of legal anarchy in some ways, that who controls power controls the law, you have to be a little bit more careful in designing a constitution."

Darden says Russia stands to gain two things if its version of federalism were to be implemented in Ukraine. First, it would guarantee that Ukraine would never become part of the NATO alliance, because Russian-speaking provinces would veto such a move.

The debate over constitutional reform has already begun in Ukraine, where the prime minister has promised to start a process that will deliver the new document by September.