Accessibility links
Kim Harrison's 'Hollows': The Good, The Bad And The Badass Kim Harrison's Hollows series is drawing to a close after ten years of supernatural shenanigans. Reviewer Amal El-Mohtar says the books are fun reading with a solid core of strong female characters.

Kim Harrison's 'Hollows': The Good, The Bad And The Badass

Kim Harrison's 'Hollows': The Good, The Bad And The Badass 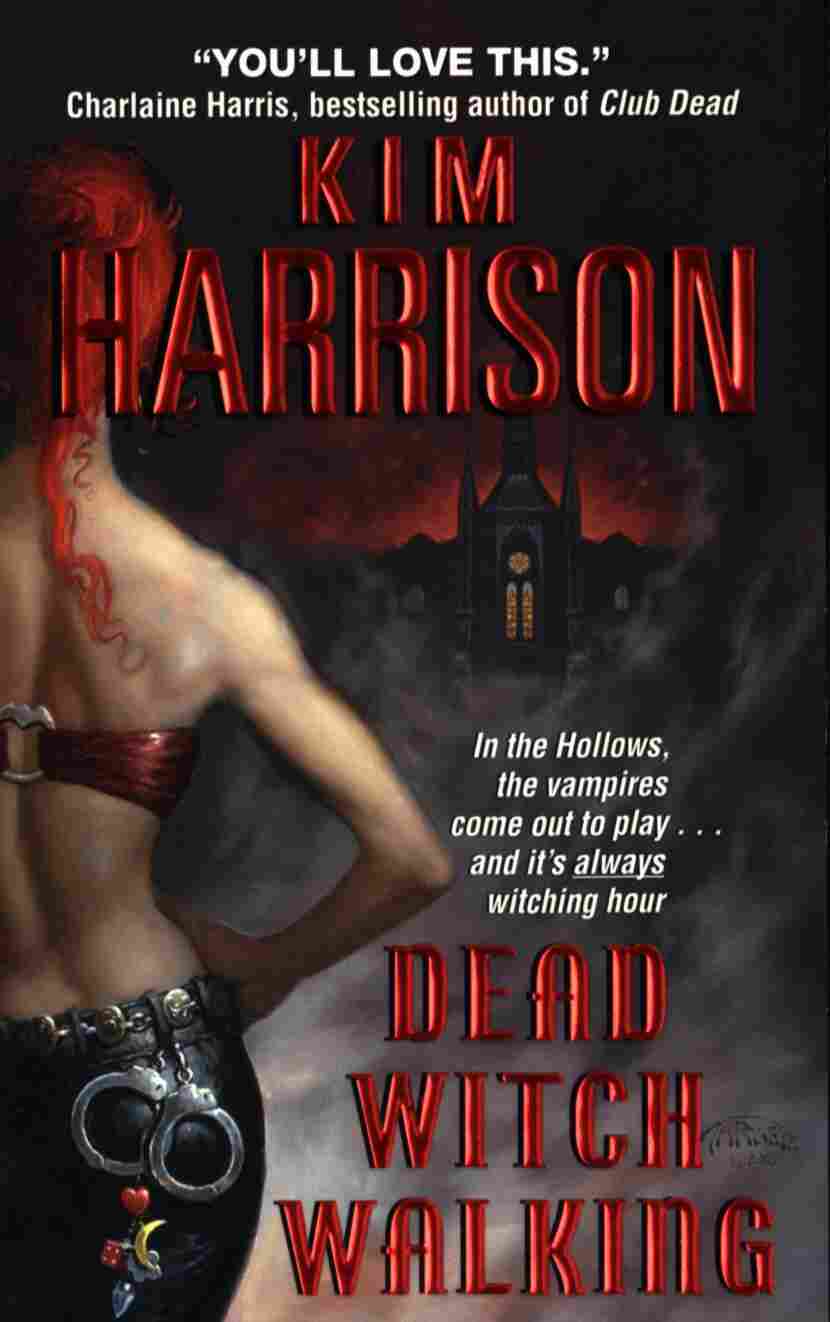 When my friend Margo suggested I read Kim Harrison's Dead Witch Walking, I was skeptical. Many were the conversations we'd had about the annoyance of fluffy modern-day vampires and the growing skeeze-factor of what got marketed as Urban Fantasy. But her recommendation carried a lot of weight, so on a quiet day in the independent bookstore where I worked, I sat down and entered Harrison's Hollows series.

Reader, I was hooked faster than a pixy caught in sticky silk.

Of course it wore its genre tropes on its sleeve — and cover, where the aesthetic of Woman Showing Skin With Back Turned and Looking Dangerous was manifest. Bad-ass Strong Female Character? Check. Dressed in leather? Check. Fast-paced first person narration? Check. World devastated by killer tomatoes? Ch — no, wait, hang on.

Forty years ago, genetically modified tomatoes carrying a strain of the Angel virus devastated humanity, killing a quarter of the world's human population. The non-human creatures who'd lived among us for centuries — mainly vampires, werewolves and witches — stepped out of the shadows to help maintain the world's infrastructure during the crisis. This moment became known as the Turn.

Hollows begins in a modern-day Cincinnati where these supernatural creatures — called Inderlanders — are an integral part of society, living and working alongside humans. In the United States they're governed by organizations called the I.S. (Inderland Security) and F.I.B (Federal Inderland Bureau), and often come into conflict with each other and humans.

Enter Rachel Morgan, an I.S. runner and witch; Ivy Tamwood, I.S. operative and living vampire; and Jenks, a pixy working Rachel's backup. Together they form the Vampiric Charms detective agency, navigating the perils of I.S. corruption, unscrupulous demons and wicked master vampires, all while bickering together about each other's love lives and aspirations.

Rachel's a really fun point-of-view character — a mouthy adrenaline junkie with poor impulse control and equally poor decision-making skills who dallies with demons and puts raspberry syrup in her coffee. I love completely the fact that she's both fierce and feminine, that there are sometimes scenes devoted to picking out what to wear to a demonic showdown. But I'd get bored pretty quickly if it were about Rachel alone. It's her friendship with Ivy and Jenks that really makes the series shine, forming the emotional core of the books while romantic partners come and go. Ivy, in particular, has always been my favourite — deadly and disciplined with a dry sense of humour, she's also openly bisexual and of mixed race, which was an especially huge deal to me on the cusp of adulthood. 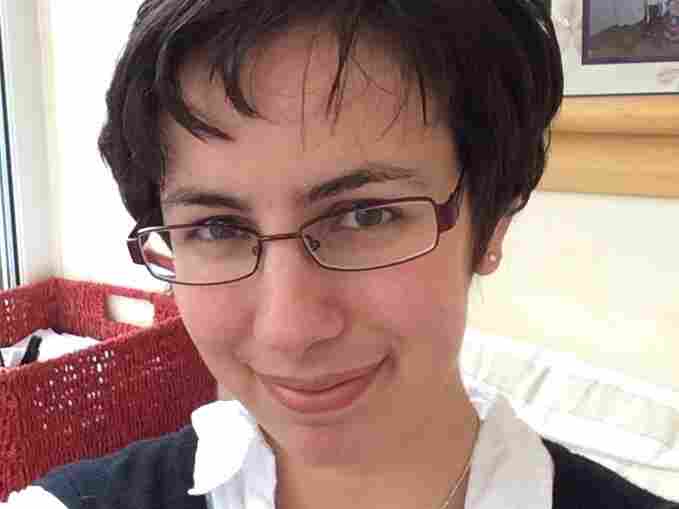 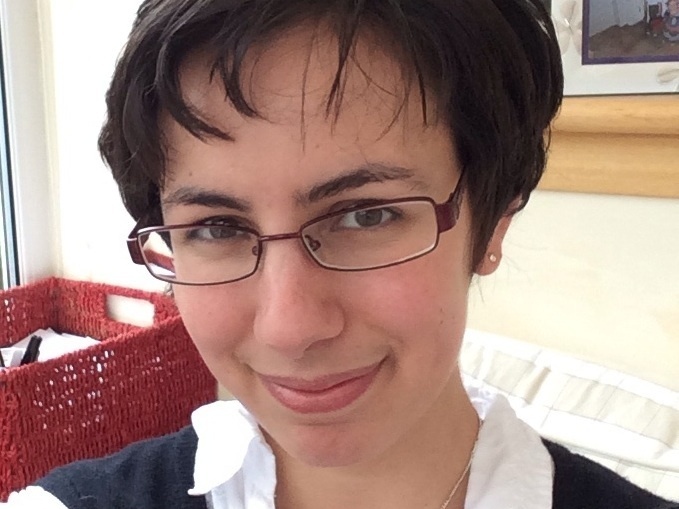 There are so many aspects of Harrison's series that leap out to me as brilliant, both in their own right and in the context of a genre that lives and dies and lives again by its adherence to well-worn tropes. Take vampires: in Harrison's world, vampirism is understood as a virus humans contract while alive, which grants them superior strength, senses and reflexes; it's only after they die that they suffer the more traditional limitations of blood-drinking and avoiding the sun. So you get living vampires and dead vampires, organized into their own social hierarchies, with the former reporting to and sometimes controlled by the latter who curate their descendants and bloodlines like thoroughbreds. Boom: sexy vamps and scary vamps inextricably entwined with each other.

Long-running series where sex and romance are integral to the narrative tend towards being a sort of carousel of relationships, with the sexy Flavor of the Week connected to the current plot. This gets compounded in paranormal romance, where feisty protagonists shagging their way through each new iteration of the supernatural they encounter is par for the course. The Hollows series is no exception — but the emphasis feels different, to me. The focus is really on Rachel and the changes she undergoes and comes to represent over the course of the novels. She's both the catalyst of enormous social changes and synthesiser of disparate and contradictory systems of magic knowledge in a way that never feels as obnoxious as a Chosen One, because she's surrounded by Chosen Ones. Sex is important, but it doesn't eclipse her, and most importantly to me, it doesn't eclipse her friendships.

The Hollows series celebrates its 10-year anniversary on April 28. So far it's made up of twelve novels, three novellas, three short stories and two graphic novels. According to Harrison's blog, the next installment — The Witch With No Name -- will be the last one, bringing a decade's worth of witchy shenanigans to a close. Rachel, Ivy and Jenks have had their ups and downs, their fights and reconciliations, their adventures and transformations, but by the end of The Undead Pool the three of them are still together against a swiftly changing world — and I'm still rooting for them and hoping that whatever's next, they weather it together.

For almost a decade Kim Harrison's novels have been my go-to books for fun, fluffy reading with a solid core of women with agency, female friends and hearts of complex gold-alloys. Reading them has been like eating comfort food into which someone has slipped a surprising, enhancing ingredient — lemon zest in meatballs, a stick of cinnamon in chicken soup. Sure, they're high-yield, easily and quickly consumed — but they're tasty. And at their best they're nourishing, too.