Accessibility links
First Listen: Dolly Parton, 'Blue Smoke' Parton plays as artfully with the notion of authenticity as just about anyone in popular music. On her 42nd album, the superstar continues to explore new ideas and classic sounds. 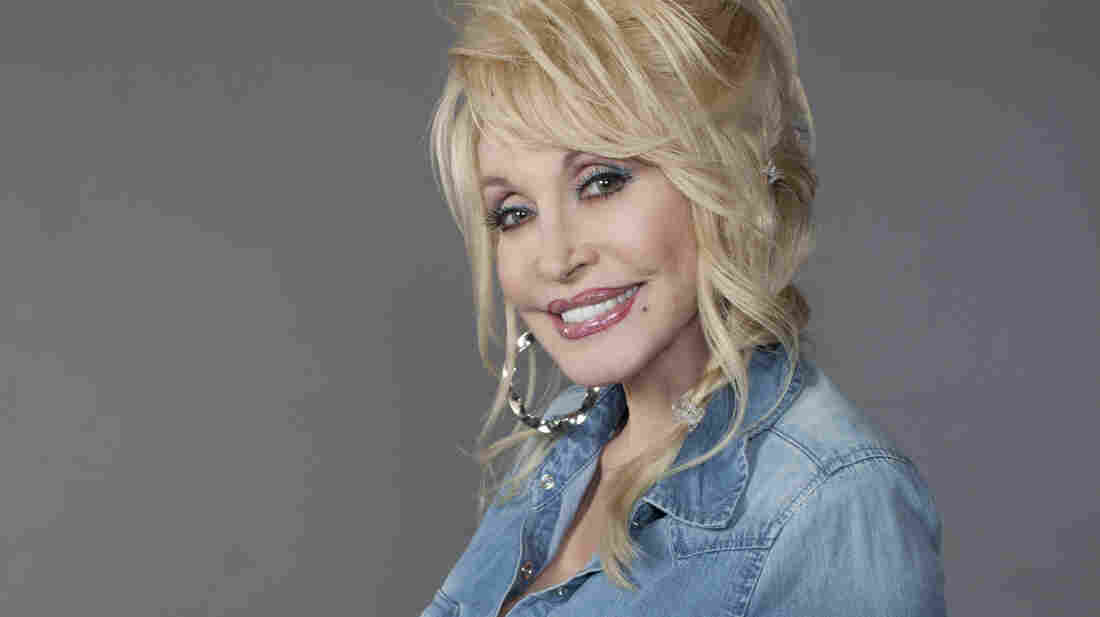 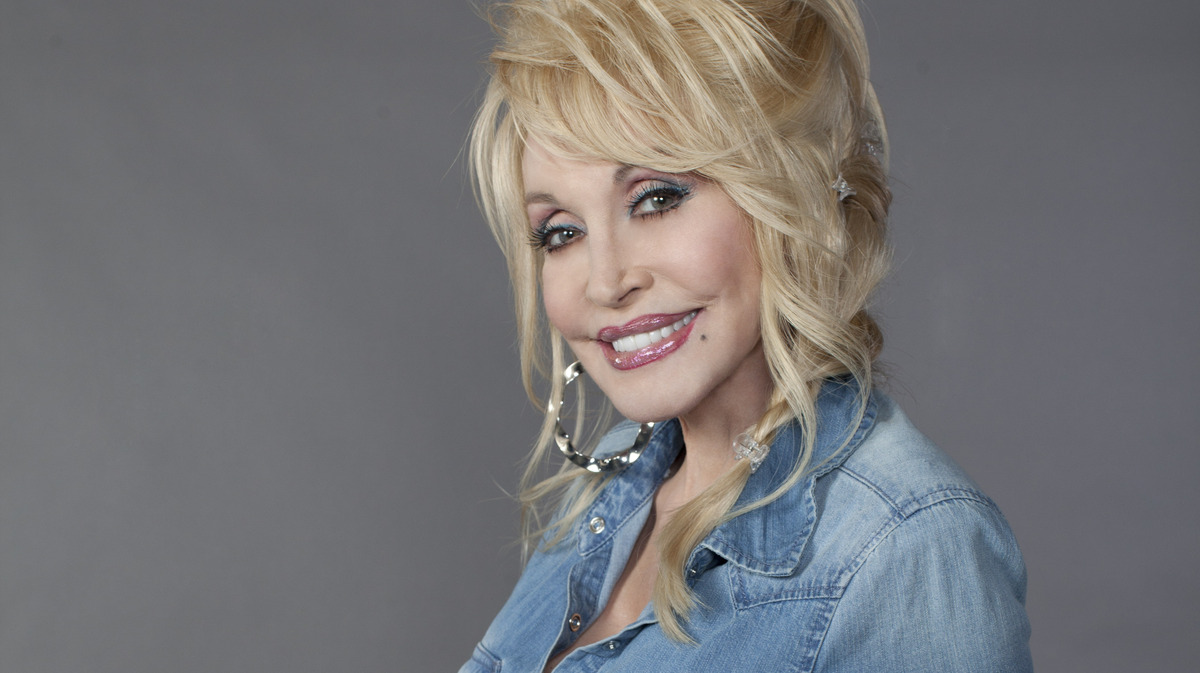 The cover art of Dolly Parton's latest album looks like an airbrushed T-shirt design you might find in a souvenir shop at Dollywood. Both her flawless, beaming close-up and the mountainous skyline behind are her ringed in artist-rendered ribbons of mist, and the rising sun has a painterly, paradisiacal look to it. What gives her Smoky Mountain theme park its character is a combination of rural resilience, commercial sheen and aspirational sensibility. Really, you could say the same of Parton's recorded oeuvre in general; you could most definitely say it of Blue Smoke, her 42nd album.

A decade and a half ago, Parton released the first of three unplugged string-band albums (The Grass Is Blue), all of which were a huge deal in the bluegrass world, but in every way modest by her standards. She chose to follow those with a patriotic collection, an exercise in '60s folkie nostalgia and a pair of contemporary country albums, all more or less tackling a single concept at a time. The patchwork nature of Blue Smoke feels surprisingly authentic coming from a singer-songwriter of country, pop and plenty else with a megawatt, gussied-up image, who's played as artfully, and meaningfully, with the notion of authenticity as just about anyone in popular music.

Parton opens with the bluegrass train song "Blue Smoke," whose color is meant to evoke the feeling of heartache and the tint of her native mountains. Just shy of halfway through the set, she extols the virtues of getting back to her pastoral neck of the woods during "Home." A bright, buoyant number, it celebrates the bucolic lifestyle boosted by country's current generation of hitmakers, but with an important difference: Parton acknowledges the distance she's traveled from her humble beginnings, and describes a temporary, soul-centering retreat in an otherwise enterprising life. "I left home / I was 17 / I had a lot of ambitious dreams," she sings. "Seen a lot of those dreams come true / I've had good luck." By the end up the album, she's urging listeners to climb their own figurative mountains during the steel-laced, choir-lifted motivational power ballad "Try."

Between those bookends, Parton plays to her strengths and her quirks, which usually turn out to be strengths. She draws her heart right to the surface of emotionally eloquent, sentimental ballads ("Unlikely Angel," "Miss You – Miss Me"), displays deliciously kooky wit during the French-fudging kiss-off "Lover Du Jour," dares to re-imagine a Bon Jovi hit as flamboyant gospel ("Lay Your Hands On Me"), and brings a tone of womanly experience to Bob Dylan's "Don't Think Twice," which makes for a genuinely fresh interpretation of that oft-covered song.

Then there's Parton's ingenious reframing of the traditional murder ballad "Banks of the Ohio." She does something countless other singers have never thought to do, while bringing the brutality of the song into focus: She plays the role of a woman in a position to ask the incarcerated killer to explain himself.

"I wanted to record it years ago," Parton said in a recent interview, "and I thought, 'I don't like to sing a song that's just like a man, you know, just from a man's standpoint.' Because it was really about a guy that killed his girlfriend. So I thought, 'I'm clever. I'm a writer. So why don't I just kinda box this in a little bit and just kinda present myself as a reporter or a writer that goes into prison to talk to this guy?'"

Parton and producer/bandleader Kent Wells give "Banks of the Ohio" an elegant, old-timey treatment, pairing her shivery vibrato with Stuart Duncan's dolefully elongated fiddle strokes and Carl Jackson and Val Storey's snug, keenly sympathetic harmonies. That's one of the many acoustic performances, from string-band romps to refined modern bluegrass, scattered among these burnished contemporary country-pop tracks. At this point in her career, Parton has reserved the right to have it both ways.

Just a few weeks ago, Parton told a pack of bluegrass journalists that mountain music is in her bones — something nobody who's heard her sing would dispute — then admitted, "You can't make a livin' doing bluegrass. I mean, I think a lot of people would just stop and just do that if you could make the same kind of money. You don't want to give it up, but you know you've got to expand in order to really make a living at it. ...[F]or me, I've always been in the music business. I always think of the business end. ... You've gotta roll with the times, roll with the punches. And then if you can do, like, an album for instance, you've gotta do what you've gotta do."

That's admirably frank talk from the veteran musician-mogul. Parton knows that unfurling her visions of upward mobility while letting her down-home roots show has helped her connect with and keep her fans — and made her successes all the more gratifying to them. In fact, that's a longstanding relational dynamic between country performers and their audiences. But there's more to it than that, and Blue Smoke is a good reminder: Parton is a singularly self-fashioned artist, and she's the one driving this train. As for the platinum blonde wigs, she's got people to style those for her.